I love the 1980s and anything that came along with it. 1984 is one of my favourite years in entertainment history. It bought to us albums such as Prince’s Purple Rain, George Jones’ You’ve Still Got a Place in My Heart, and Never Could Toe the Mark by Waylon Jennings. We also saw the debut of TV shows like V and Murder, She Wrote. It was also an action-packed year in cinemas with Ghostbusters and Beverly Hills Cop fighting for highest-grossing comedy film of all time. Through everything, these following movies are those that have remained in my favourites to this day:

Does this even need an explanation? Footloose is the feel-good classic. Despite receiving quite mixed reviews upon its release, anyone will recognise the name Footloose today, and most of them will love it too. Footloose portrays some important things and one of those is the misuse of religion. Countless times laws are preached from someone with little authority who claims to have religion on their side but only truly follows their personal beliefs. Just like Kevin, seeking the truth from what religion really teaches can help you along the way. Footloose also teaches us to stand up for ourselves and stand up for fun and that’s one of the reasons it makes us feel so great. A lot of the ’80s media speaks of rebellion because it was a time for young people to rebel. Footloose captures the fun behind that.

Speaking of rebellion: breakdancing and life on the streets was something popular in ’80s America that you won’t see much of today. Packing up, moving out and having fun seemed like more of a reality somehow in the ’80s than it does now! You probably don’t agree, but Breakin’ and Breakin’ 2 (or as they were known when I first saw them: Breakdance and Breakdance 2) are on my favourite films of all-time list.

Firstly, they have incredible soundtracks. The music introduced me to the likes of Fire Fox, Ollie & Jerry and Mark Scott, and we still have the soundtracks in our house on cassette! And let’s talk about the stars of the film. Never have I loved an onscreen friendship more than that of Turbo, Ozone and Kelly. Adolfo ‘Shabba-Doo’ Quinones (Ozone), ‘Boogaloo Shrimp’ Chambers (Turbo), and Lucinda Dickey (Kelly) are three phenomenal dancers, and let’s face it, they’re all total dreamboats in this movie. I fell in love with them on the first viewing and even though they aren’t acting as much anymore, I follow them closely. It’s hard to explain what makes Breakin’ and Breakin’ 2 so good but they just burst with that excitement and energy of the ’80s and serve you killer dancing and an excellent soundtrack.

Beat Street is another movie dedicated to breakdancing and as you can imagine, being released in the same year, bought about some ‘favourites’ arguments pitting it against Breakin’. The discussion continues to this day, but I’ll have no say in it because they are both incredible. While Breakin’ was set in LA, Beat Street brings breakdancing and the ’80s to the streets of New York City. There’s a special place in my heart for any film honestly portraying life in New York for those who aren’t rich, or are simply genuine people. You may simply remember Beat Street by the title song of the soundtrack ‘Beat Street Breakdown’ by Grandmaster Melle Mel & The Furious 5, which perfectly summarises the tone of the movie.

If you didn’t recognise Beat Street for its song of the same name, you will definitely recognise the amazing ‘Together in Electric Dreams’ by Philip Oakey. The song may be more popular than the film, unfortunately. Electric Dreams is a sci-fi romantic comedy, everyone’s favourite genre! It’s an innocent comedic loving relationship between a man, a woman and a computer—and it’s very uplifting. I love Electric Dreams and I often think about it highlighting what at the time was quite futuristic technology with having a computer that talks to you. Even that ended up having a slight dark side, and today it’s quite an up and coming trend in cinema to look into the topic of computers and robots turning out smarter than the human race and becoming dangerous to us. It’s interesting to see such a thing highlighted in the ’80s, but at the same time, this movie is very light-hearted, so I couldn’t say for sure that it aimed to spread a message about technological advancements.

Both Purple Rain the album and Purple Rain the movie were released in 1984 and what a treat they both were. I am a huge Prince fan and I think even if you aren’t you can appreciate the beauty behind both the music and the film. Since Prince’s passing in 2016, I think the fact that Prince’s character of The Kid in the movie was loosely based on himself holds much more special meaning and helps you see the film as an expression of himself rather than simply a story. This movie is meaningful and romantic and also pretty funny. 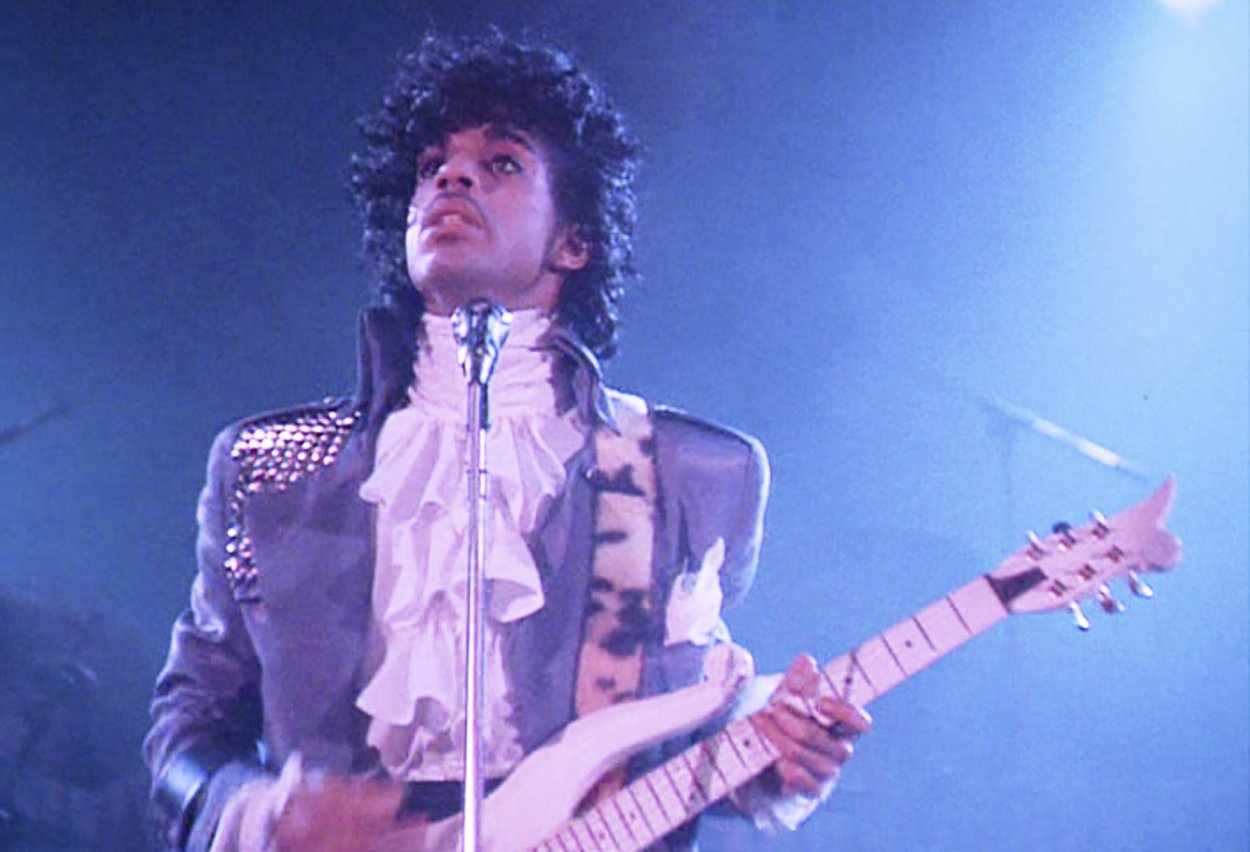 Alright already, everybody needs to stop hating on Sixteen Candles. I love to have a classic pyjamas and John Hughes movies day now and then, and I hold Sixteen Candles in the same regard as I do Pretty In Pink. It’s got the cast, it’s got the drama, it’s got the romance, and boy do I love ’80s Molly Ringwald. Sixteen Candles is what I would call a teen film but it’s one us ladies will likely love our whole lives. But I think a lot of negative reviews are bringing down this film and its standing against other John Hughes pictures that have become legendary.

Indiana Jones and the Temple of Doom

This is my last but most definitely not my least favourite choice. Call me crazy, but Temple of Doom is my favourite from the Indiana Jones franchise. It’s dark and dark-humoured. I think a dark twist on the action brings a whole new level of fun to the film. The concept of cults and dark magic may put people off their action films if they’re looking for innocent adventure but this proves that those concepts can make films all the more intriguing. I see a lot of hate towards Temple of Doom. It certainly doesn’t seem to have aged well in terms of reception but it is the one Indy movie I have rewatched again and again. 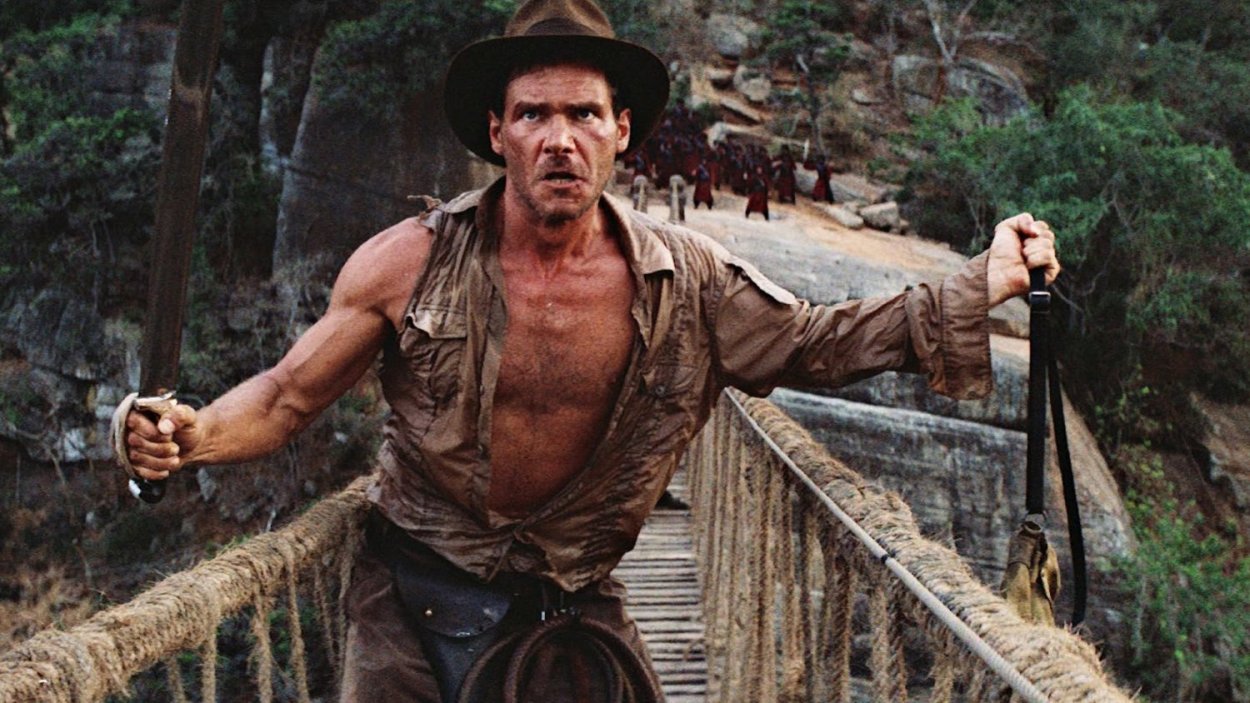 So looking back, I think some main themes are identifiable across movies in 1984, or at least in my favourites. There was a lot of romantic drama, an awful lot of brilliant music and talented dance art, plenty of action and some very ’80s comedy. Hopefully, this list took you back to the joys of certain ’80s films and you’ll be tempted to go back and revisit them. The ’80s and its entertainment will live on forever in my house!