As someone who probably frequents the internet, you may have heard the term Steampunk thrown around here and there. To put it simply, Steampunk is a science fiction subgenre that uses the power of steam in a pseudo-Victorian-era setting. Retropunk is the granddaddy moniker of all the “punk” niches to describe science fiction’s futuristic idealism realized in adventure novels. It’s a mashup of the style of the past mixed in with technology of the future. What then, you may wonder, sets Retropunk apart from historical fiction? Besides the cool technology that the past it mimics will never have, this subgenre has much more to offer in its themes and subtext than historical fiction can have. 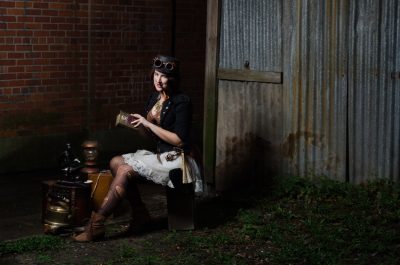 Retropunk encompasses the ideology and aesthetics of the 1890s to the 1980s, from Steampunk (1890s) to Cassette Futurism (1980s), though the latter example is few and far in between. Another popular “punk” niche is Cyberpunk, but it’s not Retropunk per se because while Cyberpunk is set in a speculative future, Retropunk combines past and future into an anachronistic universe. Most Retropunk niche names are inherited from the technology most prominent in their world. For example, Steampunk mostly uses steam for locomotive power and other means of transportation.

Besides the technology that people of that age wished they had, the niches often mimic the era’s respective ideologies to some extent. However, given that this is speculative science fiction, those same ideologies are called to question. Social issues of minority groups can be examined upon closer inspection under the lense of a changed past. Ethical dilemmas concerning inventors and engineers of the age are brought to light in these stories as well. They don’t call it speculative fiction for nothing and there is much to speculate in Retropunk.

Another Retropunk niche that has gained traction in popularity over the past few years is Diselpunk. As the name suggests, technology in this niche uses diesel and mimics America post World War I to World War II. Most of these stories take place in the World War II era, though there are a few exceptions. This niche’s thematic content of a distrustful, restless world hinges on the drab fulcrum of social fallout and political corruption. Often Dieselpunk will express the gloom of rainy city streets much like the noir films of the post World War II era such as The Maltese Falcon or the Philip Marlowe novel series by Raymond Chandler. 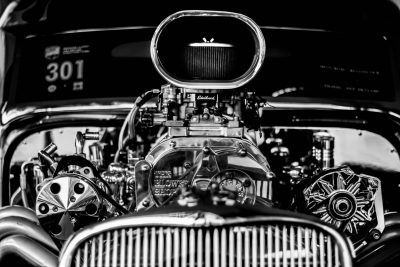 A subset branch of Dieselpunk, as if the niche itself weren’t specific enough already, is Decopunk.  While Dieselpunk is the grittier, beaten down pessimist, Decopunk is the gaudy flapper girl straight from the 1920s all chrome, glitter, and silver, fueled by the opiate of hope. In Decopunk the future is a grand adventure waiting to happen and nothing can stop that spearhead of optimism. The Decopunk niche remains to be explored further, but the shining pinnacle is the 1927 German film Metropolis. The city itself is a masterpiece of Art Deco German Expressionism and the bright lights, opulent attire, and glamorous elegance bring the whole work together into a sparkling cathedral fueled by the power of the underdog.

The Rocketeer remains a stellar example of the Dieselpunk niche both in the 1991 Disney film and in the 1980s comics from which the film was adapted. Unlike later Dieselpunk renditions, The Rocketeer is closer to Decopunk in its fair share of optimism, but the threat of the Nazis forever looming over the hero’s head strings the reader right back into Dieselpunk territory.

Raypunk is a Retropunk niche often known for its ability to bring back the Golden Age of Science Fiction to life with ray guns for which it is eponymously named. Besides fighting aliens in settings that resemble the set of The Forbidden Planet, Raypunk is a good example of what people imagined the future would be like during the 1930s up until the mid-1960s. Raypunk and Atompunk are typically interchangeable as they often feature the same characteristics, namely, flying cars, jetpacks, and skin-tight space suits as normal attire. Like Decopunk, Raypunk expressed unfettered optimism in regards to what the future held but it also fed the underbelly fears of nuclear war and total annihilation. 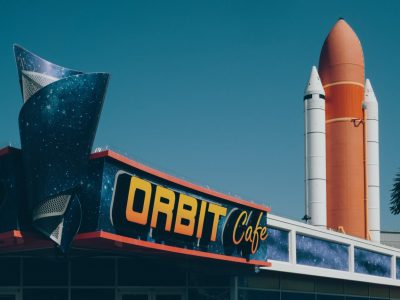 Nicolas Gras
Retropunk is a fascinating niche, a collection of temporal speculation into the vast unknown. The above niche categories offer a glimpse into the past more than they do to the future. Artists such as Edgar Rice Burroughs, author of A Princess of Mars, imagined the future quite differently than someone from 2019 does. These ideologies of what the future holds are solidified in modern Retropunk retellings, giving fictional characters of that specific era an opportunity to live in that future for better or for worse.