What’s interesting about East is East and the Khan family is that they are completely dysfunctional in a very typical way. I live in a very ethnically-diverse town, and the Khan family could easily be any neighbours of mine. To some, however, I can see how this movie would seem pretty bizarre.

There are plenty of dysfunctional characters in the Khan family, and you’ll find a lot of them in most families—probably not to such extreme measures, though.

The first thing you will notice about the family is likely to be Sajid and his coat. First time I saw it, I thought perhaps he didn’t take the parka off because of anxiety or potential body image issues. It could be partly that, considering his family didn’t know he hadn’t been circumcised. However, after witnessing the relationship between him and his parents and siblings, I’ve come to think that the parka is simply a way to hide from the endless arguments between the people he lives with. Sajid is the youngest child, so it makes sense for him to be shy and cower away. And with the giant hood on that parka, it makes it easier to hide his expression, hiding his opinions at the same time.

Sajid’s character progression throughout the movie was probably the most noticeable towards the end because he grew and expressed his anger towards his father. When his hood got torn, he realised he didn’t need it after all. I see this as his development with his siblings: he realised through their resentment of their father that he isn’t alone at all, and he is surrounded by the support that the parka previously represented. 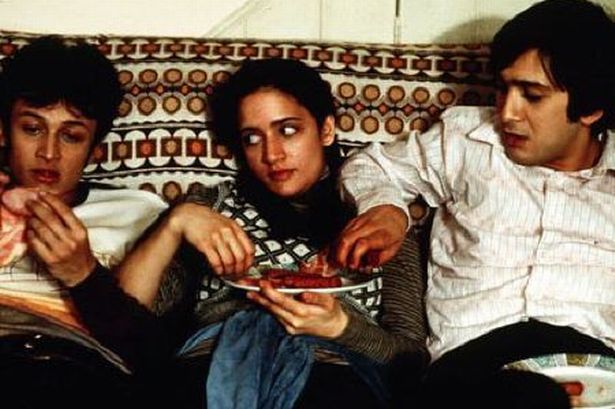 Perhaps it shouldn’t be the case, but siblings often find themselves bonding over resentment towards parents. It becomes a healthy way to express their anger and pain when they laugh about the ways of their parents and imitate them. In appearance, it’s all fun and games, but under the surface are some deeply rooted issues.

When it comes to George, their father, a major problem this family faces is fear. George has expectations of his family as a very religious man. He expects his sons to marry the women that he chooses for them, and he expects them to follow his religion closely. Free will doesn’t seem to be on the cards in these situations. I think this causes the family to feel almost suffocated by their father’s expectations, and that scares them.

The fear from this leads to secrecy, and there is plenty of secrecy here. Religion can cause a lot of disconnect between parents and children. It’s a delicate subject, and East is East is a comedy, so it doesn’t handle it all that sensitively. Because of their father’s religious standards, the children find themselves lying and keeping secrets from him throughout the movie. They eat pork and spray the house with air freshener afterwards to cover up the smell because it would go against their father’s beliefs to eat pork. Tariq is in a relationship with a British girl, Stella, who his father would not allow him to see. The irony of this is that George married Ella, who is also a British woman, and we aren’t exactly sure why but he doesn’t seem to recognise the choice he made as a respectable one, causing his wife to think he is ashamed of her. In reality, I see him being ashamed of himself for turning against what he believes to be proper, but I think he loves her, nonetheless. 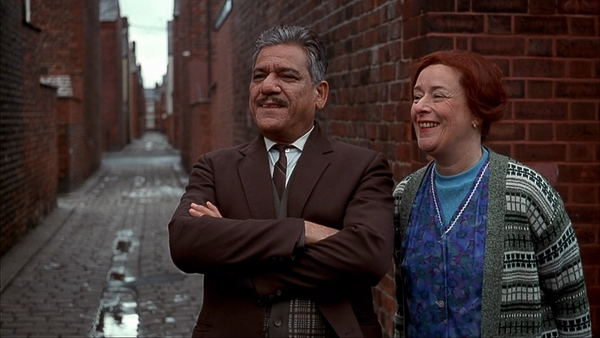 The Khan family also have another son who we meet, Nazir, who is declared deceased by George because he is gay. He lives elsewhere and is very successful away from the demands of the family and religion. In the end, Nazir didn’t hold his secrets in anymore. He ran out on his arranged marriage that the other sons are now facing and lived his life as a gay man; and he was disowned as a result. This must pile on to the guilt and pressure of the other siblings because when you step out of line with George or he finds out the truth; the consequences could be life-threatening.

There is still plenty of denial and betrayal of their father’s wishes that are hidden in plain sight. I question whether their father knows of what they are doing and simply chooses to believe it isn’t real. This is more common than you might think, especially amongst parents. Real issues aren’t addressed until they have to be.

When he is inevitably confronted with these problems, and forced to face them, George seems to spiral out of control, and the main concern/primary cause of fear in the household erupts. That is the physical abuse, the violence. George is violent toward his sons, and very much so towards his wife. He even gave her a black eye. Sometimes people deny so much that their truth can’t come out in a controlled manner and that’s where the violence comes from. Of course, there is also the probability that his parents treated him this way, and he has learned it as some form of discipline. Either way, no form of abuse against anybody is truly justifiable.

A pattern within the family that I notice is shame. It comes from the secrecy, and it comes from the violence too. Every person in that family is ashamed of themselves and everybody else for different reasons. When events occur like George giving Ella a black eye, or Sajid needing to be circumcised, nobody must know the truth about what happened. I think this is a lot of pressure, but everyone ends up on board the same boat when it comes to their regrets and opinions on the way their own family is living. I think this is something else that is common but not in such an extreme way. For example, your family might have unusual holiday traditions, and you don’t tell anyone because you’re afraid to be judged. It’s like that, but on a higher, slightly more depressing scale.

Sometimes a dysfunctional family can be fun to watch, and while East is East is hilarious, I find watching the family’s antics quite uncomfortable rather than fun. When it comes down to it, the children are completely afraid to be who they are because of their father. They want to stand up and protect each other above all else, but perhaps a lack of confidence from their treatment is preventing them from making their case. In the end, George is kicked out of the family home. And the ending is quite a lighthearted one. Maybe the dysfunctionality of this family all stemmed from the pressure and expectations of their father, and once it was identified, they were able to feel some sense of freedom.