I am Gen X.  Well actually, I guess I am recently considered an Xeninial, but I still say I am full Gen X since I was born in the 1970s and still remember when Greenpeace and Wacky Wall Walkers in their original forms existed. The reason I am spending the time explaining this is because, upon discovering the genius that is Reality Bites, I could see each one of the characters in myself, and I realized how Gen X I truly was.

Directed by Ben Stiller, who up until then I thought just imitated Eddie Munster on his self-titled MTV show, Reality Bites was the story of four friends, Gen Xers trying to make it through this crazy, mixed-up world and seeing what can be on the other side. Lelaina, Troy, Vickie, and Sammy felt to me like different aspects of the personality of a single Gen X person. You’ve got the optimistic but unrealistic dreamer Lelaina, played by the ever-lovely Winona Ryder. Ethan Hawke’s Troy, bad boy, grunge “Hey, That’s My Bike” band-slacker extraordinaire, who secretly pines for Lelaina’s affection but, once receiving it, doesn’t know what to do or how to navigate from friends to lovers. Janeane Garofalo’s brilliantly witty and ever-self-deprecating Vickie, and Steve Zahn’s closeted Sammy. Each one had a different way of dealing with life after college. As someone who struggled with figuring out my life at many, many times, this point hit home more times than I would like to admit. Especially Troy’s nail-in-the-coffin quote to Lelaina, “Honey, the only thing you have to be at age 23 is yourself.” This quote can interchange with many different ages, but the sentiment is the same: The only thing you EVER have to be is yourself. Especially with those around you who know you best. 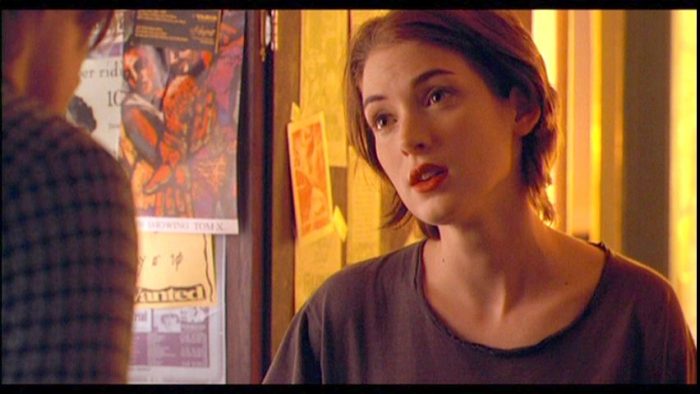 One of the marketing taglines for the film was, “A Comedy about Love in the ’90s”, but I think it was more “based on the truth of dealing with life, love, and the pursuit of gainful employment in the ’90s.” Following the various career journeys reminded me of what it was like trying to get my first job. I had a retail job like Vickie—Weathervane, then a copycat soap-and-lotion store of which I cannot even remember the name. Vickie working at the Gap was one of the most realistic parts of Reality Bites for me, especially since I had many friends whose first jobs were working at the Gap, while they were waiting for bigger and better things to come along. Lelaina, on the other hand, wanting to be a documentary director but first being a production assistant for a television host, reminded me of my many intern positions I had along the way. When it comes to being in communications (which I was) and trying to break into broadcasting, like television, film, or radio (which I was), you have to start at the bottom, being a low man on the totem pole. Then introducing Lelaina to Stiller’s own character in the film, Michael, by way of a very funny and quirky car accident, hammers the point home that nothing is free, and if you want to succeed and keep your integrity intact, sometimes it is going to take a lot longer and a lot more hard work. Michael flashes the golden ticket in front of Lelaina, by way of telling her he wants to air her documentary at his flashy TV channel, but being charmed by his “successful” nature, she lets go of her “control” and does not realize that she is losing two things in the process: her true nature and her creative control of her project she had spent so long working on. This is the part that really resonated with me, as well as the fact of being Gen X.  We were taught, told, beat over the head with, “If you work hard, success will definitely be yours in the end.” At the time, “success” was the success of our parents; ours was not defined yet. Seeing Lelaina struggle to be in a position where she could not affect any change no matter how hard she worked, to be abused in that position, and to lose that job and thus not gain success from that position felt incredibly real. When you have this desire to bring about change in the world, which many Gen Xers started off with, only to be beaten down by the ones who could truly embrace the chutzpah and get-go of this group of younger, hungrier individuals, then treated poorly and tossed aside, you see that what is practiced is not what has long been preached. Stiller portrays this feeling in many moments throughout. 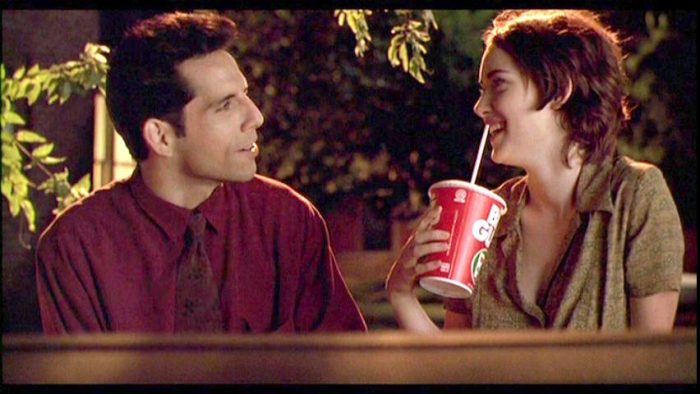 One point, in particular, is in a monologue that Troy delivers to Lelaina so beautifully, it showcases that “Gen X” feeling:

There’s no point to any of this. It’s just a…a random lottery of meaningless tragedy and a series of near escapes. So I take pleasure in the details. You know…a quarter-pounder with cheese, those are good, the sky about 10 minutes before it starts to rain, the moments where your laughter becomes a cackle…and I, I sit back and smoke my Camel Straights and I ride my own melt.

This is that IDGAF attitude that has long been attributed to the generation. But it shows also the “I don’t really care, but maybe I do care just a little…OK, maybe I care too much” feelings that have long plagued this generation as well. No other character in the movie makes this any clearer than Troy. 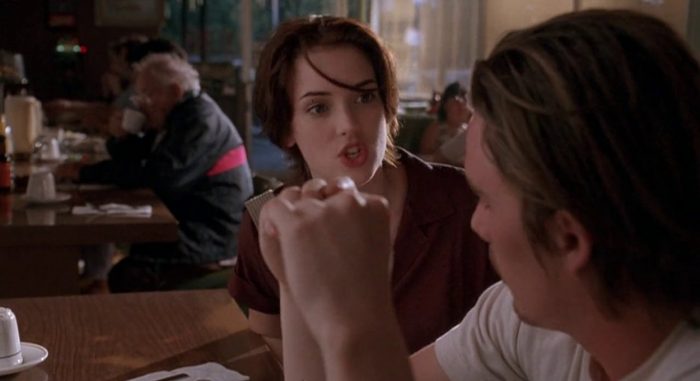 I would be remiss if I did not mention the genius that is the Reality Bites Soundtrack. I played this non-stop for months upon buying it from Sam Goody. Yes, I did just date myself there. Seriously, this soundtrack is Gen X on an album. Julianna Hatfield, World Party, The Posies, U2, Dinosaur Jr., Me Phi Me, Lisa Loeb…I can go on. The biggest hit to come off it was a song that was 15 years old, but appealed to all: “My Sharona.” Just hear the first couple of drum beats, and you would start bopping along with a Pavlovian response. Every time I hear it to this day, I picture Lelaina, Troy, Vickie, and Sammy singing and dancing along in the gas station convenience store. That says a lot for a movie that is 25 years old.

So 25 years later, does Reality Bites hold up? For me, absolutely. This film made me realize that within myself there was that overachiever hiding behind being a big fish in a small pond looking to find the part where I fit in the much larger ocean. There was also that slacker that just wanted to run off and hide when things got too hard and stick up a giant middle finger at life and all it brings. I also saw that being self-deprecating and scared would put up walls that really did not need to be in my life in the first place. When things get tough, your friends, kindred spirits, and the ones who know you well will be there next to you no matter what. Reality Bites is more than about love in the ’90s; it is about love in many different ways, no matter what year. For me, it is about realizing that who we are, no matter what the generation—X, Millennial, or Boomer—and embracing ourselves for better or worse. Our messy or immaculate, hard-worker or non-work-ethic, sex-starved or sex-crazed, care-about-the-world or not-care-if-the-world-implodes individuality should guide us. If all else fails, just put on “My Sharona” and start again tomorrow. Or not.