Clueless is a 1995 teen movie about a girl, Cher (Alicia Silverstone), who discovers there’s more to the world beyond her periphery. It’s a loose adaptation of Jane Austen’s Emma, which provides a suitable foundation for the film’s many life lessons and coming-of-age themes.

Cher is a rich and beautiful Beverly Hills teen who may seem shallow but has more to her than meets the eye. She takes care of her father (Dan Hedaya), she finds purpose in helping fellow student Tai (Brittany Murphy) achieve popularity, and she even helps two of her teachers find love (though her original aim was to increase her grades, Cher still did a good deed).

Cher has some ups and downs. She can’t quite pass her driver’s test (R.I.P. to some potted plants), she doesn’t quite pick up on the fact that the boy she likes is actually gay, and she gets robbed, forced to get on the ground in one of her designer outfits. Though these obstacles pose issues, Cher works through them and comes out better for it.

Cher’s original world of shopping and popularity and riches may be shattered, but it’s for the better, as she finds a deeper purpose in life in doing good deeds, which turns out to be something she genuinely enjoys. She also finds love with her ex-stepbrother, Josh (Paul Rudd), which is a romance better suited than anything she could find with “high school boys.”

Cher is one of those characters you can relate to, or at least know someone like her. Her personality is universally known one way or another. Perhaps you hate her, perhaps you envy her, perhaps you pity her. Whatever the case, she’s more complex than meets the eye. On the surface she is a stereotype, but once you get past all that, she’s a whole lot more than just a spoiled rich girl. 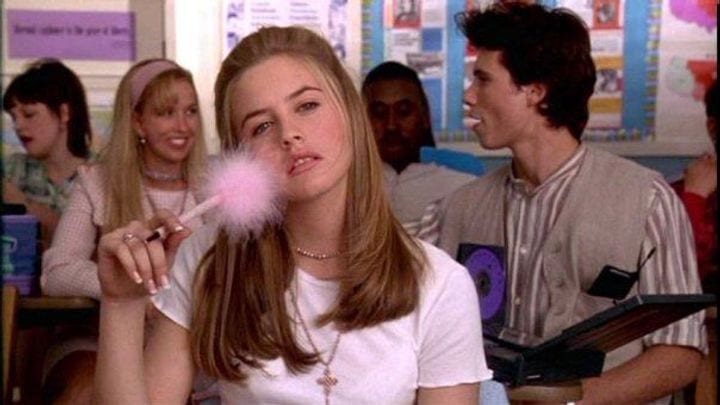 Cher loves makeup and fashion. Shopping is her absolute favorite thing to do. She doesn’t exactly grasp how lucky she is to have the home and money that she has, having never known a life any different than residing in a Beverly Hills mansion. God forbid she step into bad lighting, or have a tacky picture taken. Hygiene and fashion are very important to her, as is her social status. Cher is popular and has Dionne (Stacey Dash) as a best friend because Dionne can relate to what it’s like to inspire jealousy. It’s a strange foundation for a friendship, but people can relate on all levels, so who are we to judge?

However, Cher breaks the stereotype of spoiled rich girl in a few significant ways. One, she’s not exactly boy-crazy. She’s waiting for the right one to give herself to and truly be with. The high standards she holds herself to make her different. Even Dionne has fallen for the high school boys that Cher detests. When you look at the 1990s fashion and hygiene on the guys in this movie, you can’t really blame Cher for wanting more.

Additionally, Cher helps others. She conducts her first good deed by helping bring two of her lonely teachers together. Although this initially began with an ulterior motive of changing the grades on her report card, Cher’s focus begins to shift as she realizes her aptitude for and enjoyment of helping others find happiness. She takes on more than she can handle, most notably with Tai. Cher’s vision, though coming from good intentions, changes Tai in a bad way. Tai is no longer herself, becoming a version Cher sees as monstrous. This teaches Cher a valuable lesson: You can help people, but you can’t change or control them.

Cher is also attached to her family. Instead of rebelling or pulling away, Cher ensures that her father is taken care of. She sees that he eats healthily and doesn’t get too stressed. This may come from the fact that she lost her mother at a young age, but it also indicates that Cher has a big heart and loves her family dearly. She cares for their hired help, too, even if she unintentionally mixes up their cultures and can’t exactly communicate perfectly with them. Cher was already capable of selflessness before she started going around trying to brighten up everyone else’s world. She had to learn to remember that—and leave time to brighten up her own life, too.

Cher’s character carries an important message. People are so much more than what they seem to be on the surface. Perhaps you can get a good read on them based on the way they walk, talk, dress, speak, or gesture, but that doesn’t tell you everything. As the old saying goes, you can’t judge a book by its cover. If you do, you may just miss out on the chance of having a great friendship—or even a relationship.

Clueless is funny and lighthearted. It’s easy to follow and pokes fun at the process of growing up. It makes you reflect upon your younger years (or your current ones, depending on your age), wondering what you were thinking when you wore that outfit, joined that clique, etc. That’s what growing up is: figuring out who you are and going through a few phases you’d rather forget to become your best self. 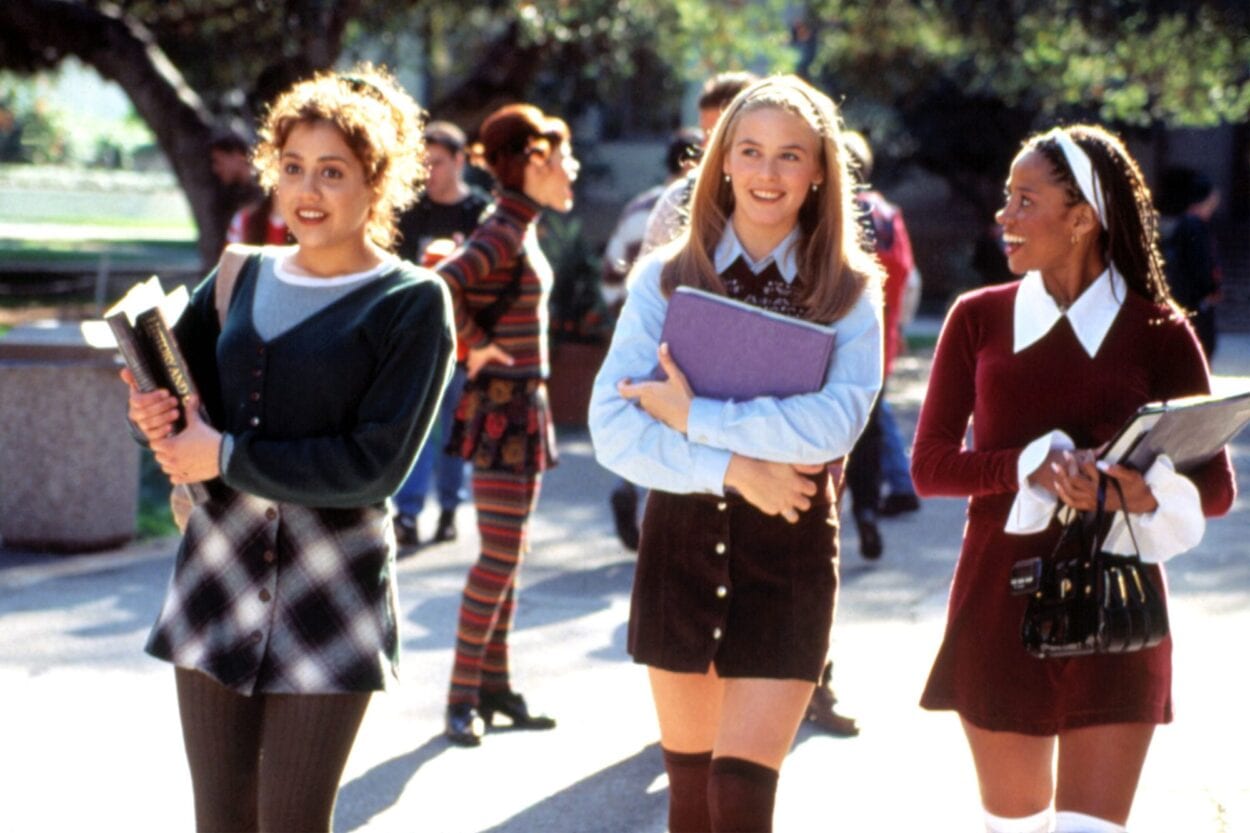 The central message of the film, however, is how clueless each of us can truly be. It’s too easy to get lost in your own world and forget everything else. Cher was enveloped in her own world, not concerned with much else beyond it. Once her eyes are truly opened, she begins making efforts to extend her periphery and involve herself in the worlds of others. She lives and learns from her successes and mistakes alike, becoming a better person and more aware of her surroundings because of it. She even takes charge of her school’s Pismo Beach disaster-relief efforts, doing her part to help the world and conserve it.

Everyone is clueless in their own way. Some spend money without a second thought, some have to watch every penny. People struggle with different problems every day without others knowing. This film touches on that subject, using teenagers to do so. Teens are struggling to get through high school in one piece and make decisions regarding what to do afterwards, whether it be college or going straight into the workforce. Teens tend to get stuck in their own bubbles, or the bubble that high school creates. High school is its own world, but it’s a world that only lasts for so long before it’s over. Cher learns that there’s more to life beyond her high school walls, and little by little, she finds things to fight for that matter more than her rank in popularity or how trendy her fashion sense is—like the Pismo Beach relief efforts or finding true love in the form of Josh.

As we enter 2020, Clueless will officially be 25 years old. Its lessons have not faded and are still meaningful today. Its perfect quotability is enviable to all other teen films. Is there anything better than this teen movie? As if!