When Clueless arrived in theatres in the summer of 1995, it charmed audiences and made an instant star of Alicia Silverstone. It was also a hit. It didn’t take long for Hollywood to green-light more female-led comedy features. Some did well (The First Wives Club), and some did not (Mr. Wrong), but the audience was obviously there for smart, funny and wonderful female comedies.

Romy and Michele’s High School Reunion is arguably one of the best comedies of the late 90s. It’s the story of two 28-year-old best friends who travel from Miami to Tucson for their ten-year high school reunion so they can impress the twits who were mean to them back in school. The movie is a winsome, sparkling, gut-buster featuring two of Hollywood’s most effervescent actresses—Mira Sorvino fresh off her Oscar-winning turn in Mighty Aphrodite and Lisa Kudrow, then star of the mega-hit NBC series Friends.

The characters Romy and Michele made their first appearance in Ladies Room, a late 80s play by Robin Schiff. Originally minor characters in the play, Schiff made them the leads in the script for Romy and Michele (Kudrow was in the original play). It took the better part of the first half of the 90s to get the project going at a studio with Kudrow and Janeane Garofalo attached. With Sorvino playing Romy and David Mirkin, a prolific TV comedy writer with shows such as Three’s Company, Taxi and The Simpsons as his credits tasked with directing, the movie was a go.

Romy and Michele’s High School Reunion opens with a long tracking shot which begins over a clear blue ocean on a gorgeous hot spring day. The camera soars over a beach filled with swimmers, sunbathers, volleyball players and then, closes into a small apartment building window, literally 15 feet from the beach. Inside we see Romy White and Michele Weinberger lying in bed, covers half over them, eating candy and watching Pretty Woman for the 30th time. As this movie takes place in 1997, Pretty Woman was only seven years old so that’s not a long time to watch a movie 30 times. They make fun of the way the snooty Beverly Hills saleslady won’t let poor Vivian shop and snark at the “sad, sad music” (all due respect to James Newton Howard).

The viewer gets the impression that this is what these two women do most of the time–watch sappy movies and eat candy in bed while the gorgeous beach is literally outside their front door. Well, watching movies in bed on gorgeous sunny days is not all they do. Nope. They also go clubbing—almost every night. And when they go clubbing they make darn sure they look tremendously cute while doing it. 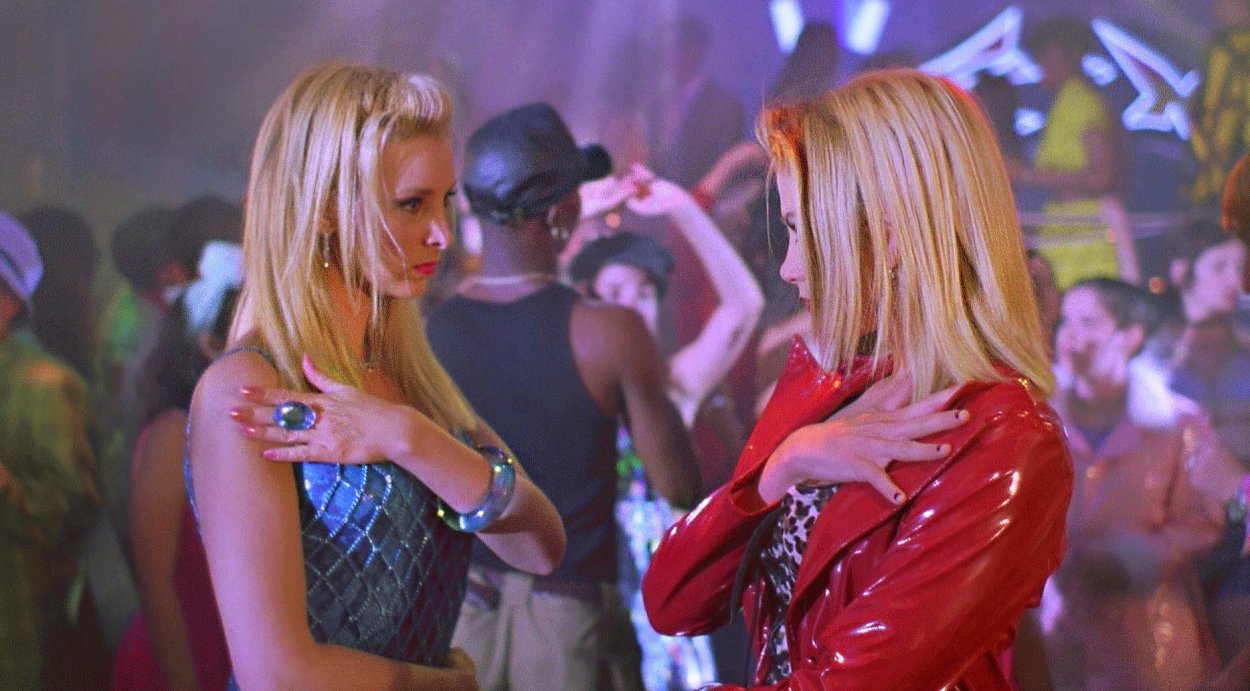 One day at her work as a desk clerk of a Jaguar dealership, Romy comes across Heather Mooney (Garofalo), an old high school acquaintance who asks about the upcoming reunion which Romy has no idea about. Later, Romy and Michele do some reminiscing where they remember not being the most popular people at the time. In fact, they were picked on repeatedly by the leader of the A-group led by popular girl Christie Masters (Julia Campbell) and her friends Kelly (Kristin Bauer) and Lisa (Elaine Hendrix). Romy was madly in love with Christie’s fit boyfriend Billy (Vincent Ventresca) who basically ignored her all the time. Christie liked to embarrass Romy and Michele every chance she gets while the others look and laugh on.

Romy may not have had an admirer, but Michele did, and his name was Sandy Frink. Sandy is so enraptured by her he has to use a binder to hide his, uh, excitement whenever she’s around. Much to the detriment of Heather who’s secretly in love with Sandy. In high school everybody seems to like somebody, but that somebody usually always likes someone else and that someone else makes life hell for them.

The two 28-year-olds remember the horrible senior prom they attended (dressed like Madonna) and how Christie pulled a prank on Romy which broke her heart out there on the dance floor. Michele touchingly offers to dance with her broken-hearted best friend (to Cyndi Lauper’s “Time After Time”), and they debate whether this ten-year reunion is worth going to or not.

They decide to attend but only by making it worthwhile. First, they need cute boyfriends, Michele needs a great job in fashion, and they both decide they’d better hit the gym. The boyfriend situation doesn’t work out, Michele doesn’t have the best salesperson skills, and the gym isn’t doing anything for them either (but they do look cute!) 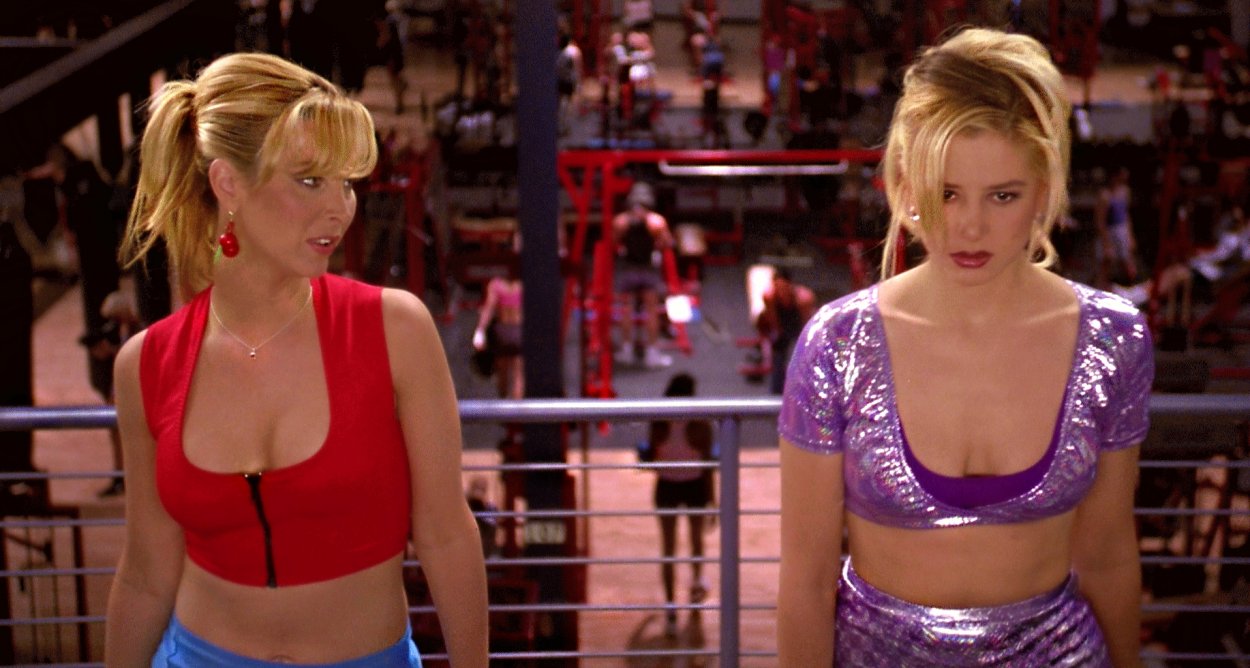 The two are ready to forget the whole thing until they decide to do what anyone else in their situation would do — lie about their lives to their old high school bullies because who will know, right? Romy manages to score a sweet car from a hapless dolt who works at her dealership; the car is loaded up with 80s mixtapes and together, the two travel to Tucson to rub how great their lives are in everyone’s faces. Simple plan, right?

Once on the road, the two get into an argument about which one is smarter and they decide then that after the reunion, they’re no longer friends. Once they arrive (separately) at the reunion, it isn’t long before they encounter the members of the A-group—the ones who laughed at them all during high school. Christie hasn’t changed and mocking others is still very much her thing.

I, for one, really liked Campbell’s delicious performance as the queen of mean, Christie Masters. I’m sure Campbell is exceptionally nice in real life but she must have gotten some hate mail after this movie came out. I suppose if she did, it just means she did a really good job. A good comedy needs a good foil and Christie Masters and her clique proved to be great foils for Romy and Michele. Even their “why are you two so weird?” stares are genuinely laugh-out-loud funny. 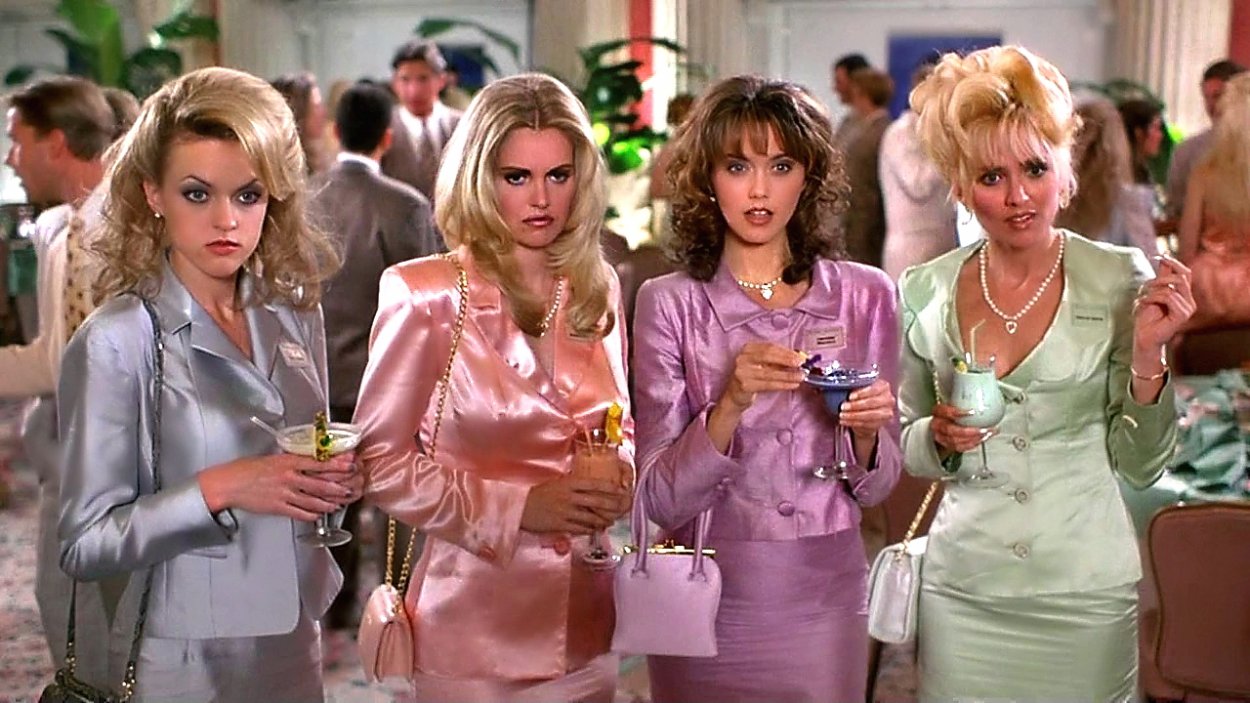 Fans of this movie know that Romy and Michele’s plan to impress everyone is to lay claim that they both invented Post-Its. Since this was early 1997 and Smartphones were a good 15 years away at least, nobody could look that fact up there on the spot to see if they were lying or not. Except Heather shows up and blows that whole plan out of the water. At this point, the two decide that their friendship is worth more than some stupid reunion and it’s time to really make their mark on the occasion. Off come the business suits and out come Romy and Michele’s own creations—cute, striking, original, daring and all theirs. Of course the A-groupers laugh at the ensembles—except for Lisa Luder, who happens to know a thing or two about fashion. It took ten years, but Christie has finally run out of insults and with no results, who is she? Does she even know? Romy and Michele know, and they know who they are, and the insults are best left for the movies they watch in bed together. You don’t have to go through life as a sour person.

The evening is already a winner for them and when Sandy finally shows up (a millionaire) and finally asks Michele for a dance he didn’t get from her at the prom, she agrees but only if Romy can join. Once again, to “Time After Time.”

Romy, Michele, Sandy leave the night as winners. Even Heather finds some resolution from the evening as she comes face to face with a silent cowboy who cigarettes at her back in school. Clarence the cowboy (Justin Theroux) admits he was a jerk back then and everyone realizes that everyone was a jerk to somebody at one point during those years. It’s quite a feat playing characters that are not perfect to everybody yet still elicit our sympathy. Romy and Michele are not nasty people even though they were surrounded by nasty people in high school. It says a lot about who they’ve grown into.

Romy and Michele’s High School Reunion was released just after two years 1994’s Dumb and Dumber as some people will compare the two, but there’s really no comparison. Romy and Michele were bright enough to create decent lives for themselves, and they’re certainly happier with who they are than almost everyone in the A-group.

Unfortunately, Romy and Michele didn’t do Dumb and Dumber box-office, but it did okay. Like most movies that audiences might have missed in the theatres it later found a life in video and like say, 1999’s Office Space, became a sleeper hit.

Schiff has said that one of the reasons she believes the movie found a life outside the cinemas is that it’s ultimately a movie about friendship. That and almost everyone’s high school years in some form or another was hell. Another reason: this movie is really, really smart and funny. It also doesn’t hurt that the film is full of classic 80s hits such as Devo, Culture Club, Robert Palmer, Wang Chung, The Pretenders, The Go-Gos, Bananarama, Tears for Fears, Lauper and more. Each song choice is perfect as the movie shifts over a decade. The only recent movie that comes to mind which uses 80s tunes as effectively to enhance its story was I, Tonya. 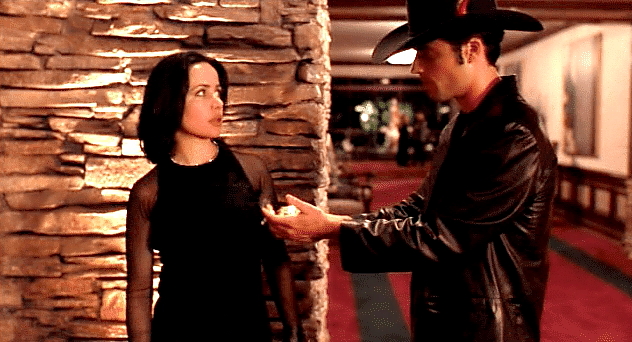 Every few years, talk of a sequel to Romy and Michele emerges and both actresses have said repeatedly they’d be more than ecstatic to reunite once again as these characters. Today, those characters would both be 51 years old and who knows where life would have taken them? If Michele did wind up with Sandy in one of his mansions, there’d be a room in there for Romy to stay, outfitted with side-by-side beds and a TV at the end where they can lie and watch Pretty Woman for the 130th time. That’s friendship.