When Bram Stoker’s Dracula first crawled from his coffin back in 1897, it’s safe to say that nobody could’ve ever predicted the global phenomenon it would become.

In fact, it was such a commercial failure that Stoker and his wife were virtually penniless by the time he passed away in 1912. But when a little movie called Nosferatu was released ten years after his death, Mrs. Stoker took umbrage to the blatant rip-off of her late husband’s work and started suing everybody in sight.

This sparked a surge of interest in the source material—while almost wiped one of the greatest vampire movies ever made out of existence in the process—and as the years and decades rolled by the legend of the Vampire King has grown and grown.

Countless adaptations of The Count have been made from the iconic character portrayed by Bela Lugosi, through the terrifying but sexually charged monster of Christopher Lee, and on to whatever that thing with Gary Oldman was all about.

To kick-off 2020, the BBC and Netflix decided to give the old corpse another dusting down before sending him off into the night, and it’s divided fans of Vlad Tepes straight down the middle like a stake through the heart.

So come with me, my children of the night, and see just what I made of the re-booted story of a man who’s out for blood as I try to go as spoiler-free as possible.

Let’s sink our teeth into the good to start with. 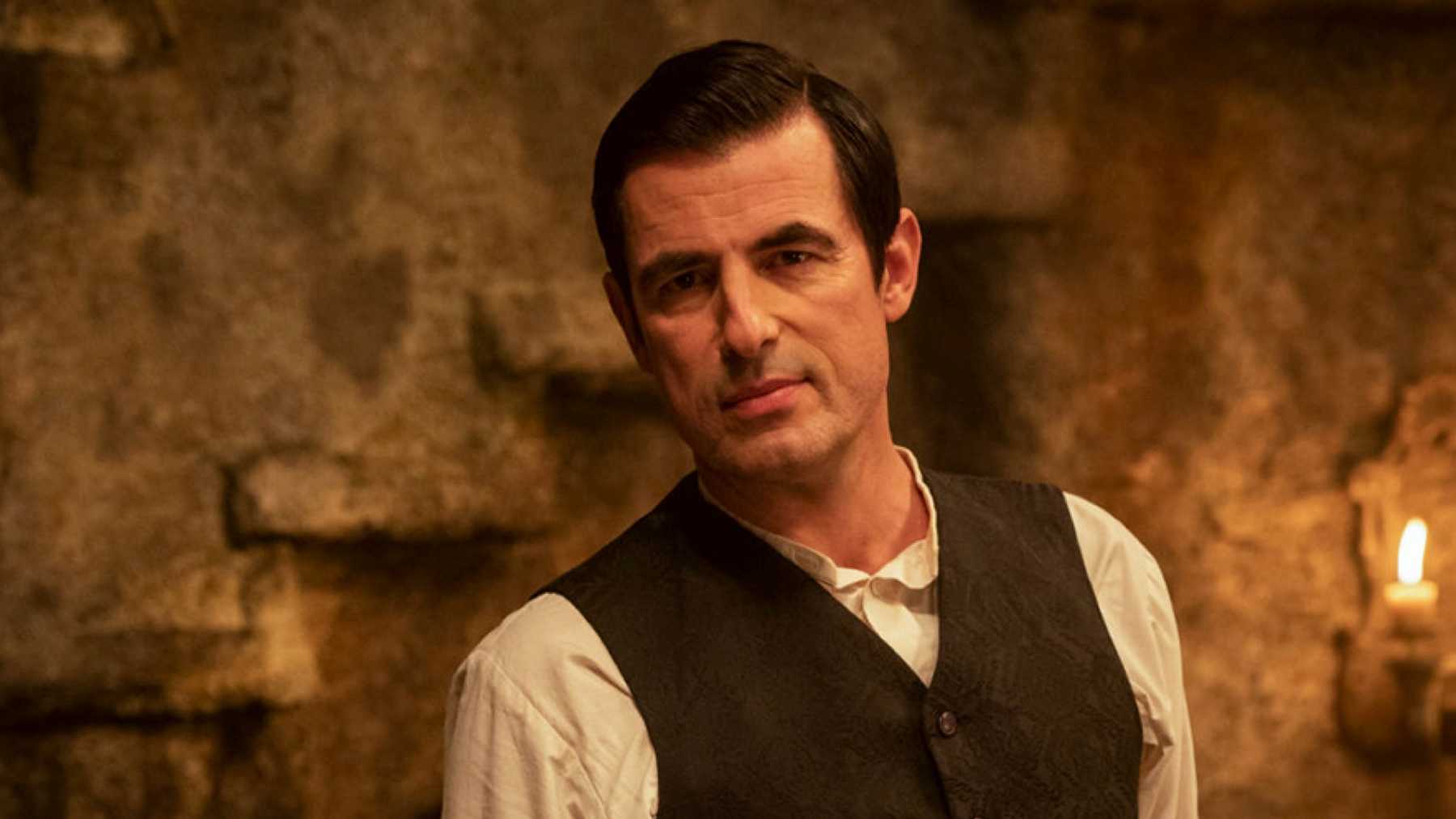 I’m kind of ashamed to admit that before I sat down to watch the show I had bugger all idea who Claes Bang was.

Having since spent the best part of four and a half hours in the company of the man, I intend to remedy that as quickly as possible.

He was perfect for the role: confident, brash, and oozing just the right amount of sex appeal that anyone who plays Dracula needs to have. His performance was a tour de force, for want of a better phrase, as I really don’t want to sound too arty, and is one of the main reasons that this version of Stoker’s creation will live long in the memory.

His ability to be able to turn on a dime from the kind of bloke you think you could sit down and have a couple of drinks with into a slathering beast that will rip your fricking throat out was mesmerizing and had this writer popping out of his seat every so often.

The trick here was that you’d forget what an abject bastard Dracula was and when you were lulled into a false sense of security he’d turn around and do something so unbelievably vile and evil that it would shock you to your core.

He was the perfect casting but really needed someone who he could play off of and this brings us nicely to our next good thing about the show.

Dolly Wells is a badass. Seriously, look up the word badass in the dictionary and right next to it will be a picture of Dolly Wells as Sister Agatha Van Helsing.

What has been seen by some as nothing more than changing a long-established character just to be a bit more ‘PC’ was soon proven to be the correct choice from the second she stepped on screen.

It also proved that, as usual, these types of idiots have no idea what they’re talking about.

She was the perfect foil for Claes Bang’s Dracula. She had no fear of him, in fact, she viewed him with nothing but contempt and thought him little more than an animal. and she had the nerve to back up her words with actions.

Across all three episodes, Dolly Wells’ portrayal of Van Helsing is littered with examples of her sacrificing herself to save others.

Over and over, again and again, she does what’s right no matter what the personal cost to herself and she does it across many decades, all the while flipping the figurative two fingers up at The Count. 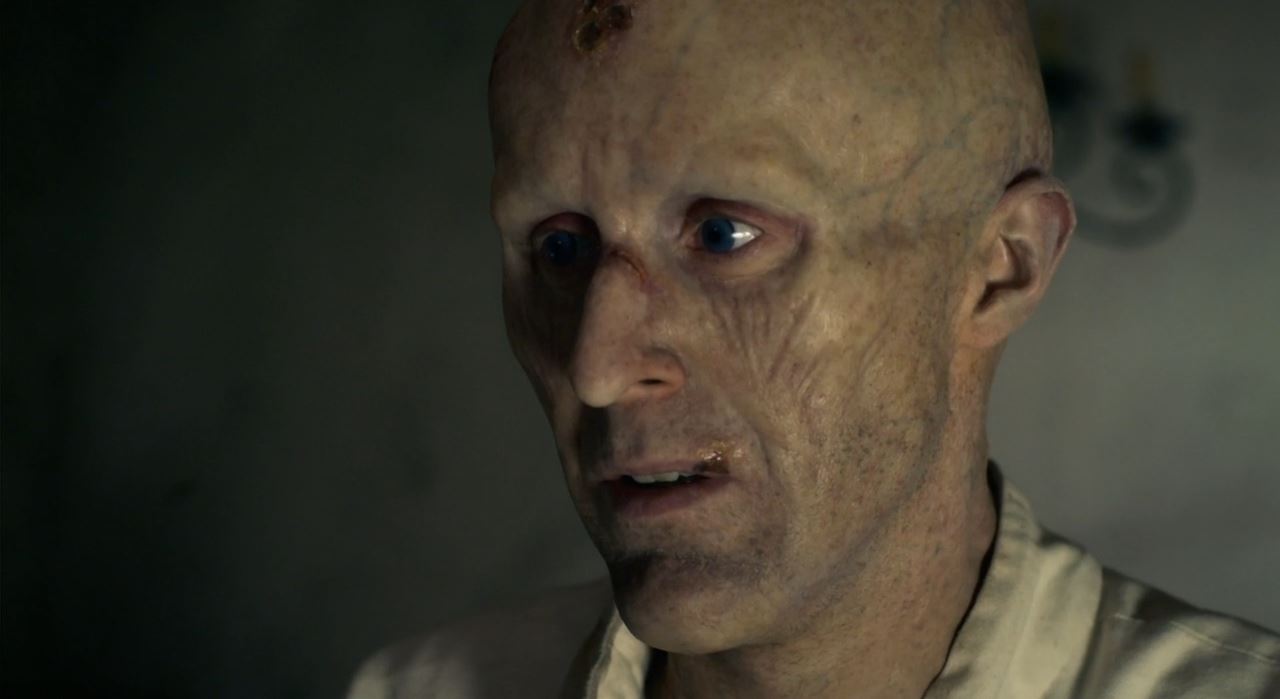 (Most Of) The Supporting Cast

John Heffernan as Jonathon Harker, Morfydd Clark as Mina Harker, Jonathan Aris as Captain Sokolov, with an ensemble cast as large as the one needed here you’d expect there to be a few that missed the mark but there really wasn’t.

There was only one that I could’ve quite happily lived without and we’ll get to them in the bad section of the review, but the rest of the actors on yjr show here deserve my highest praise for being able to hold their own against two leads who were at the top of their game.

Special mention has to go out to Mark Gatiss as Renfield. His version of Dracula’s man-servant was as funny as he was creepy and he filled that role perfectly.

It doesn’t seem to take a lot for people to re-write and re-boot ‘classics’ in this day and age. After all, it’s cheaper than coming up with new material.

The problem you usually find with this way of making TV or movies is that they’re usually shite. Just some quick hack job that has been knocked out by a handful of writers so that the company that owns the intellectual rights to said property can make a quick buck.

Honestly, nine times out of ten, if I hear that it’s a new take on a beloved story or a different way of looking at so-and-so, I avoid it like the plague.

Conversely, if it happens to have Stephen Moffat and Mark Gatiss attached to it then I know it’s going to be good.

This adaptation had Mark Gatiss, a self-confessed horror movie fanatic, fingers seemingly all over it. Dracula was full to the brim with sly nods and winks in the direction of the films that came before it: his eyes turning the same color as Lee’s in the Hammer ,ovies, Van Helsing’s dive for the curtains a la Cushing in the same films, “Listen to the children of the night…”

Even the fact that the forbidden cabin on the boat is Number 9 had me smiling to myself. This just has to be a nod to his fellow League of Gentlemen members, Pemberton and Shearsmith’s, superb but highly underrated show.

It does leave me wondering just how much input from a writing perspective Moffat actually had when there were so many touches that could only be from Gatiss’s hand.

Dracula was also littered with some fantastic humor. It didn’t take itself too seriously and it also had the testicular fortitude to try something different.

Which means this next bit is a serious *SPOILER ALERT!*

When Episode 2 ended with Dracula finally making it to shore only to be greeted by the 21st Century, I’ll admit, I was not happy.

It turns out that I wasn’t the only one as the internet lit up with keyboard warriors all condemning the third part of the show without even seeing it.

For my part, I didn’t think that they could pull it off. Oh sure, they’d done it with Sherlock but I honestly thought Dracula was going to be a step too far.

As stated in the previous entry it takes a lot of testicular fortitude to try something radically different with one of the greatest pieces of literature ever written but, for the most part, I feel that Moffat and Gatiss got it right.

It was fascinating to see just how Dracula had been planning all this for centuries, with his sole purpose being to rule the world, and how the descendant of Agatha Van Helsing would have to battle against her natural instinct to survive to bring about the demise of the foul fiend.

It seems I might be in the minority here as far too many people have lost their proverbial sh*t that they’d dare shift timelines on them but the way I look at it is quite simple.

They should be praised for trying something new, not ridiculed for it, and if you people can put up with Tom Cruise in a frilly shirt mincing about or Robert Pattinson sparkling through five sodding movies, then you can deal with Dracula making his way into the 21st century.

Right then, onto the bad.

Don’t worry, this isn’t just a cut and paste job of the previous entry, nor is it a misprint because as I said a moment ago, for the most part, they got it right.

Where they got it wrong was Lucy Westenra.

I have never wanted a character to get eaten as much as I wanted her to. She was just horrible. I don’t blame the actor here either, as you are only as good as the material you’re given, but the writing was so off that it made me want to leave the room and go do something else whenever she was on screen.

I get it. They were trying to make a statement on the Me, Me, Me generation. The only problem with that is most of those kinds of people are a**holes that you wouldn’t piss on if they were on fire, so to make one almost center stage in your grand finale is a pretty stupid idea.

It sucked the fun and the life out of the show and very nearly caused channel hopping, which is always a dangerous thing for a viewer to feel like they have to do as they might never come back.

They got it right in the end with Lucy Westenra. Her return from the grave was suitably gruesome and horrifying but by that point, I really didn’t care what was going to happen to her and found myself wondering if SKY ONE had anything on. 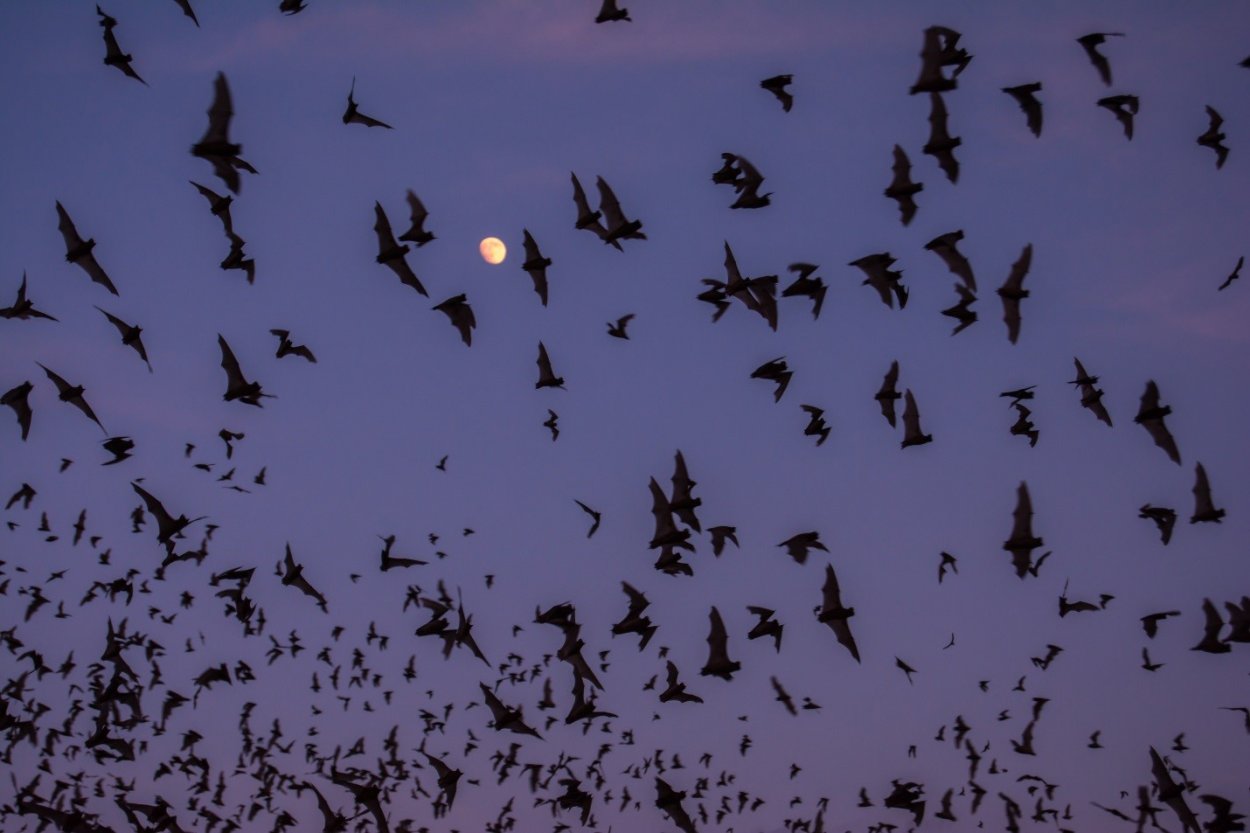 Holy crap was the CGI in this thing awful.

I haven’t seen graphics this bad since the early 90s. They couldn’t even get something as simple as a colony of bats taking to the air right, and considering that that happened a whole bloody lot then they might as well have not bothered, and just stuck a few rubber ones on stings.

It would’ve been more realistic. 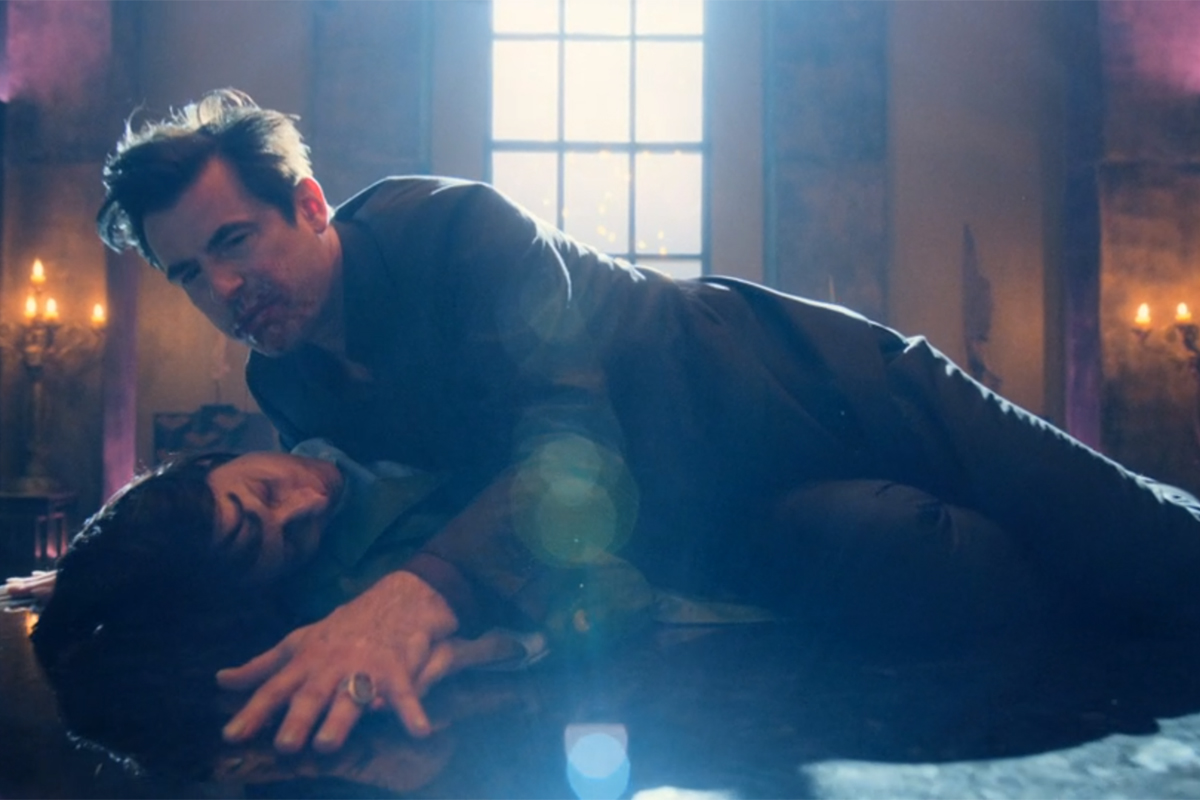 Let’s…let’s just agree that never happened, shall we?