The Legend of Zelda: Breath of the Wild is the best game of the past decade, full stop.

It is not too often that a game is released where one can be confident in saying it is one of the best games in recent memory. To be totally honest, those moments are so few and far between that it is almost a myth. To be able to play a game that challenges you in ways you did not know were possible and makes you think differently about video games from then on is really something special. And that is exactly what we have with The Legend of Zelda: Breath of the Wild. After a long five year wait since 2011’s Skyward Sword, fans were positively seething for a new mainline Zelda game. With the launch of Nintendo’s new console, the Switch, Breath of the Wild was released. One thing was for sure then and there; fans were playing something absolutely incredible.

In the years leading up to E3 2016, fans only got snippets here and there of what the next Zelda game was going to be. We knew Nintendo was developing it, but due to the flop that was the WiiU, no one knew when, or even if, the next Zelda game was coming to the console. As each year passed, we still did not hear much outside of a little bit of information from occasional Nintendo Directs. However, it was then confirmed that Nintendo’s E3 2016 was all about the new Zelda game, and fans were chomping at the bit to know more. As soon as the world saw the trailer of what was to come… I can tell you that I personally had chills the entire time. 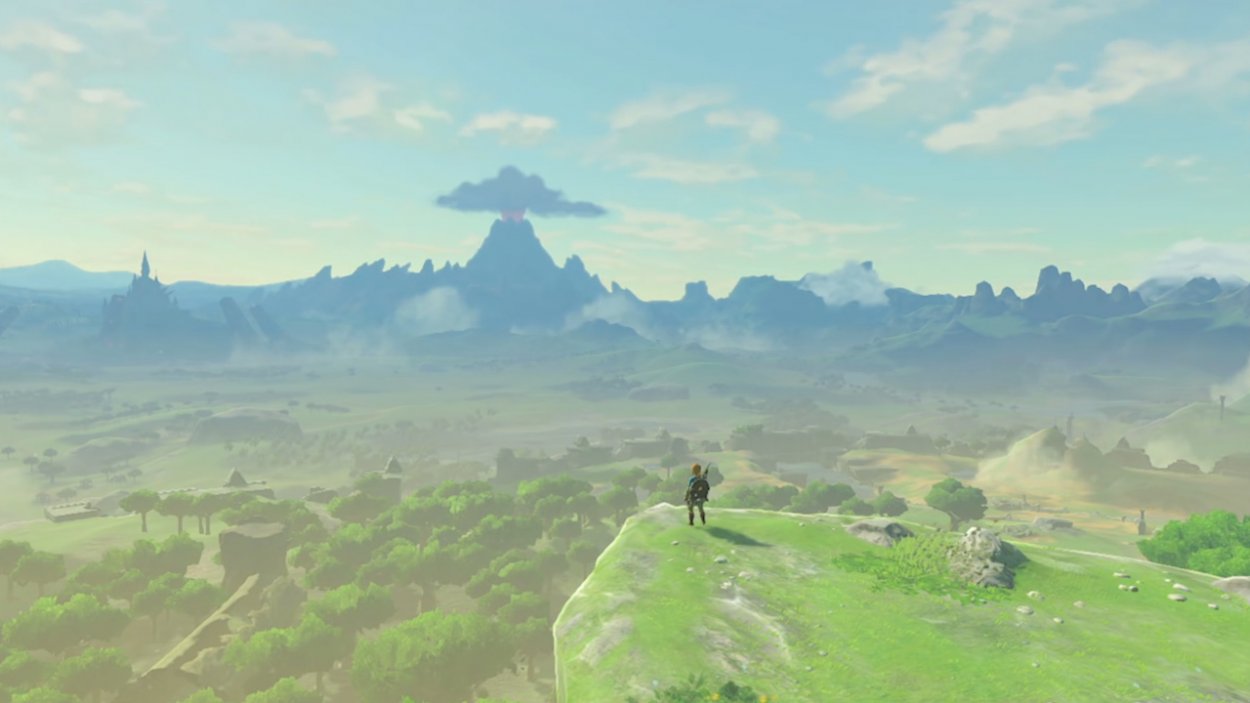 However, one thing was missing– a release date. From then on, fans clamored to know more about when we would get our hands on this already gorgeous looking game. Many people called it the best of E3, and many others were already saying it was likely to be a masterpiece. After the reveal of the Switch in January of 2017, we also received a new trailer for Breath of the Wild that gave us a release date; March 3rd, 2017, coinciding with the launch of the Switch. When I tell you that fans were excited, that might be the understatement of the century.

The Legend of Zelda: Breath of the Wild lived up to every inch of the massive hype it produced and proceeded to blow all other competition and expectations out of the water. This all may sound like hyperbole, but I promise you that it is not. The game truly is just that amazing. In one fell swoop, Nintendo completely changed what we know about Zelda games while simultaneously giving us a brand new adventure that is as gripping as it is entertaining. 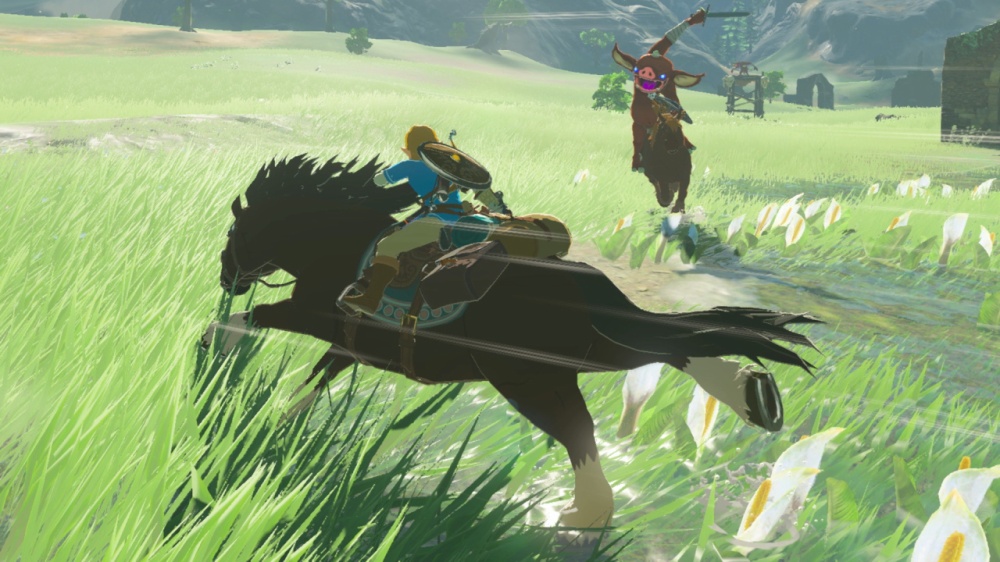 Up until now, Zelda games have had a fairly tried and true formula. You have a big new world to explore, a fairly linear story to follow, a companion to help you along the way, and eight or so giant dungeons to traverse on your way to the boss battle at the end. While this formula is not bad in any sense, it definitely started to feel a little stale. Nintendo certainly tried to keep things fresh by adding new mechanics every iteration, but they never truly turned things on its head. That is, until now. With Breath of the Wild, fans were treated to the first massively open-world adventure. Instead of 8 big dungeons, there are 120 mini-dungeons hidden all across the map. Instead of being forced in one direction, Link can go anywhere he sees, and I mean anywhere.

Breath of the Wild changed nearly every single series mechanic, and it was an extremely bold move. The world is truly your oyster in this iteration of Hyrule, and boy is it glorious. You can talk to anyone you want, climb the tallest mountains, chop down trees, cook food, you name it. Plus, for the first time ever Link can even jump! And, if you truly wanted to, from the outset of the game you could travel to the center of the map, battle Ganon, and beat the game. Granted you can do this, but I don’t think would want to miss out on the over 100-plus hours of fun the rest of the game has to offer. 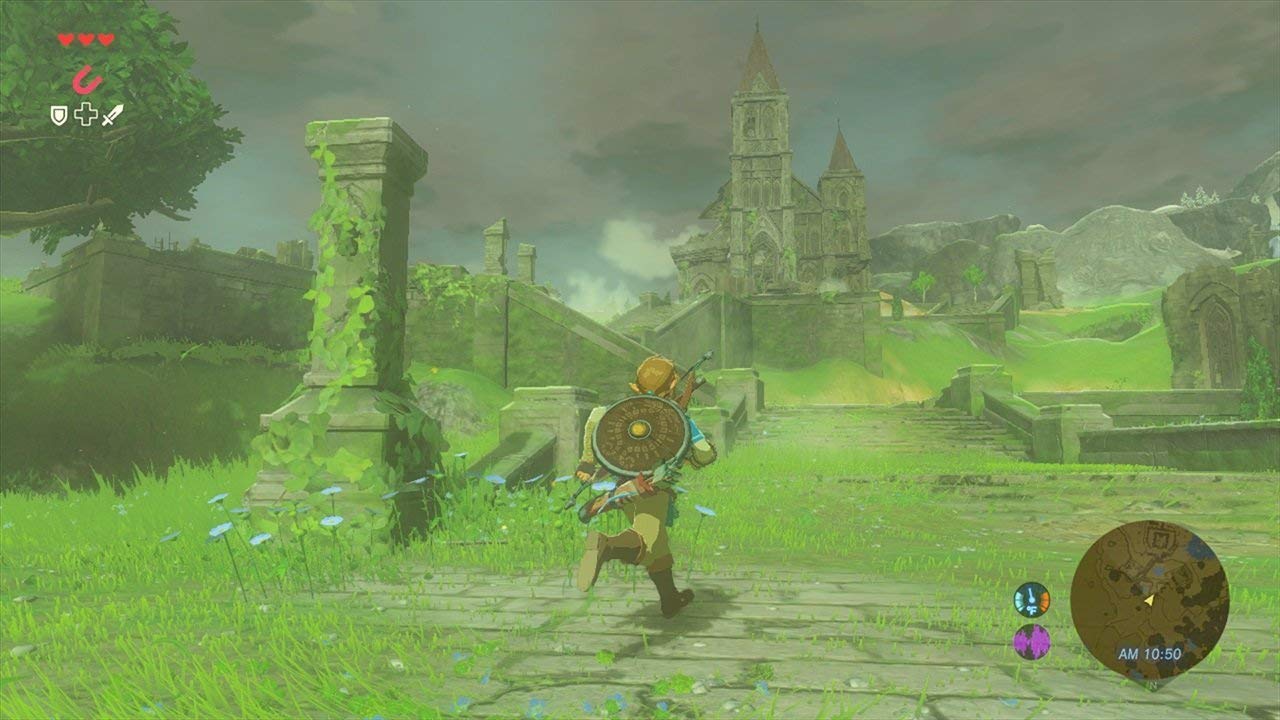 The gameplay is perhaps the smoothest and most fine-tuned I have ever experienced. Swordplay is entirely changed, and it is not longer just button-mashing at an opponent. Sure, “Z-targeting” was never a simple thing, but along with other Zelda mechanics, it started to feel old. The feel of Z-targeting returns, but with much better combat and gameplay built right in there with it. On top of that, your weapons can break! One has to keep a fairly large inventory of weapons, so as not to be left without one at a bad time. The enemies one faces are so imaginative and difficult, it has been some of the most fun I’ve ever had figuring out how to defeat them.

The story itself might be the only thing that could use any sort of extra work at all, but even saying that is a stretch. While it is not as enthralling as stories like Twilight Princess or Ocarina of Time, what you’re given is definitely more than enough. In order to figure out what happened, you need to travel around different points on the map to jog your memory. It is a great way to discover the world, and figuring out the story is a heartbreaking experience in and of itself. For the first time ever, the game has fully voice-acted characters. Not everyone you talk to will speak, but the cutscenes you discover by exploring the world are full of voice and life, and it is absolutely amazing to see for the first time in a Zelda game. Our fearless hero Link still never utters more than the “Hyahh!” from his sword fights, but he does not have to. Zelda and all the other characters you meet are a joy to see in their own right. 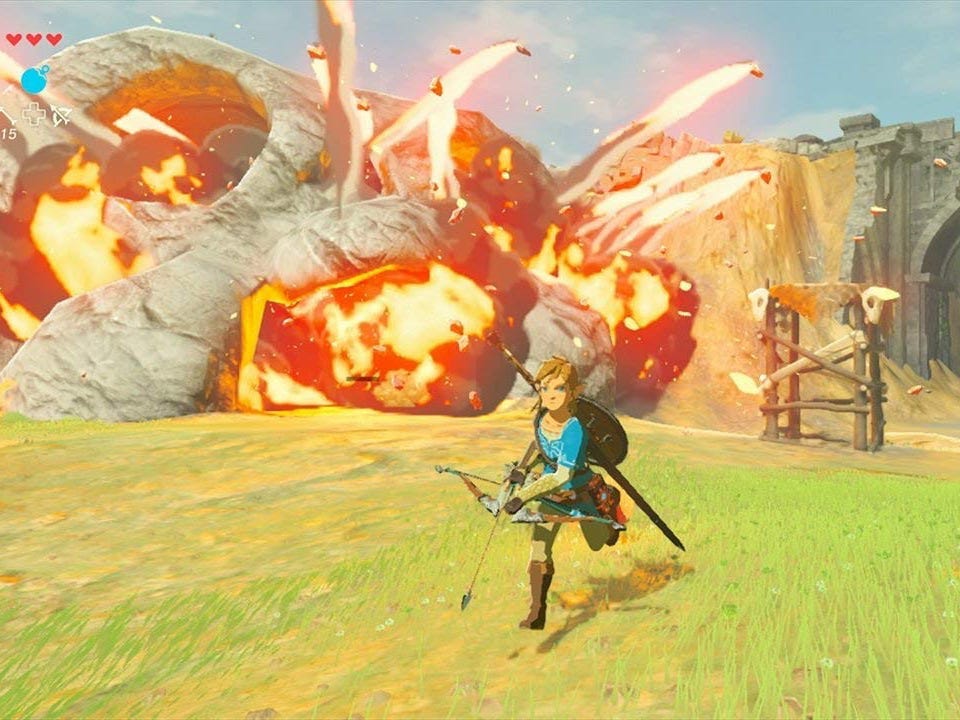 What really makes Breath of the Wild special is how it makes you feel while playing it. Sure, we have had plenty of open-world games already, but Nintendo really did give it an extra push. While walking around the vast expanses of Hyrule, you cannot help but truly feel like you are in the world. The day-to-night cycle, the ever-changing weather, every person you meet, it is all so incredible. Every quest you find, every single new nook and cranny that makes you go “hey, I should go see what’s over there” and then actually going there instead of continuing on a linear path makes this a game that simply is a masterpiece.

Gone are the antiquated mechanics of the past. No more dungeon-crawling for two hours only to get one item. No more sticking to one path in order to forward the story. No more running into walls in order to jump. The list of new things in Breath of the Wild is so long that it could have an article itself. The only issue with all of this is actually Nintendo’s problem now. They have officially set the bar so astronomically high, no one but themselves could ever even dream to beat it. Luckily, I think they are up to the task.

I have poured hundreds of hours into Breath of the Wild, and I can honestly tell you that there is not a single part of the game that I would want to be different. It is so easy to tell that the developers at Nintendo put every bit of their hearts and souls into this game, and I am forever grateful for that. This game is one of the very few games that I truly wish I could wipe my memory of, all so I could re-discover it for the first time and play it all over again. At one point I was jumping for joy, and at another, I had tears in my eyes. There is not a single other game in history that has made me feel the emotions I have while playing The Legend of Zelda: Breath of the Wild, and I don’t think any other game will ever come close to those feelings as well. It truly is, and always will be, an absolute masterpiece. Luckily, a sequel is already on its way!

If you enjoy playing video games even in the slightest, do yourself a favor. Play this game, right now. You will not regret it.

More From: The Legend of Zelda