Sometimes bands do not get their due. Sometimes they just come at an awkward time, when music on its permanent circular pattern of what’s cool, is between genres. Late last decade music, or more specifically rock music, was in a weird place. Foo Fighters and Green Day were still filling stadiums, Arcade Fire were about to break through, but The Killers and The Strokes had already fizzled out mostly after strong starts, and Kings of Leon were about to work themselves into irrelevance. It feels like we were not settled on a genre, nu-metal was long gone, electro-pop hadn’t hit yet, and pop-punk was done, emo was going strong with the likes of Fall Out Boy and My Chemical Romance, but that never seemed to invade the mainstream with a sudden chart hit.

In amongst this confusion, a Canadian four-piece made their debut. Formed in 2005, Tokyo Police Club consists of bassist and lead singer David Monks, guitarist Josh Hook, drummer Greg Alsop and keyboard player Graham Wright. They released a couple of EP’s in 2006 and 2007 on Canadian indie record labels before releasing their full-length album Elephant Shell in 2008. The Strokes very much influence the sound of Tokyo Police Club on these early releases. The vocals are similar as are the rhythms, the guitar and the relatively flat lo-fi nature of the tracks as a whole. Elephant Shell is a pretty good album, but its one of those albums that is just good to put on in the background to whatever you are doing rather than sitting with and absorbing any nuance. At a mere 28 minutes long it doesn’t outstay its welcome and contains the single ‘Your English is Good’, which is very much an indication of what direction the band were about to head in.

Tokyo Police Club played a few high profile festivals at the end of the decade, but acclaim as the next big thing eluded them. In June 2010 they released their next album Champ. Things start to come together on Champ, and it is definitely the sound of a band becoming something worth noting. The single ‘Bambi’ definitely feels like the track that should have got them commercial radio and chart attention with its catchy lyrics of “I wanna tell you there is a really good reason why I came home wasted in the middle of the night” and who hasn’t had to explain this at some point? ‘Bambi’ still isn’t the best track on Champ because the album also opens with ‘Favourite Food’, and it’s clear that things are more considered and the lyrics more wistful than on Elephant Shell. We continue with ‘Favourite Color’ and its tale of some new relationship that harkens back to The Strokes influence again. ‘Breakneck Speed’ is another catchy track on the album that would have made a great single with its thumping basslines and chiming guitar. Perhaps the most commercial track on the album is ‘End of a Spark’, which is all about a relationship breaking down, but is lyrically rich, sad and somehow manages to flat out rock. Its a wonder it wasn’t sung along to by thousands at festivals in 2011 or so.

Although it is still relatively short, Champ is a great album that remained in heavy rotation for me for a good six months in 2011. It had everything that was missing from music for me at the time, it was more polished than what had come before, but at the same time had lyrics and choruses brimming with millennial angst and malaise. Things were about to change massively in terms of the bands overall sound with their next release, and it was largely unexpected for those who had just gotten used to the bands sound on Champ.

The album Forcefield was released in the spring on 2014 and is the sound of a band saying “f*ck it; we want to be played on the radio.” From its opening track, the nine-minute ‘Argentina’ parts 1, 2 and 3, its clear that Forcefield has a definite mission statement about commercial success. ‘Argentina’ is an amazing, beautiful and wistful track that I return to again and again. Its the story of a lost weekend and feeling nostalgic for the one that got away. ‘Hot Tonight’ was the lead single from Forcefield, and is the perfect pop-punk Summer anthem, it recalls Weezer or Blink 182 at their most commercial, and it is a wonder it wasn’t a huge radio hit. ‘Miserable’ continues in a similar vein, with lyrics you can sing along to and a beat you can jump around with. ‘Gonna Be Ready’ initially sounds like their older work with its dark lyrics, but the production is altogether more polished. ‘Beaches’ starts with pumping bass and synths and is more low key than the title would lead you to believe and then it builds to another catchy chorus that the mainstream would have loved. ‘Toy Guns’ is the track that sounds exactly like a pop-punk anthem from the early ’00s should sound like, and you can imagine it having a video to match with its sing-along chorus of “When every other kid on the block has a shotgun.”

Forcefield concludes with the disposable thrash metal-ish ‘Tunnel Vision’, the calm boredom and frustration of ‘Through the Wire’ and the polished electro of ‘Feel the Effect’. Even these last three tracks could have been hit singles. So with all this in mind, it is with huge disappointment that what should have been Tokyo Police Club’s breakthrough into the mainstream with Forcefield charted only at number 17 in its native Canada, number 120 in the States and didn’t even make it into the charts in the UK. Listening to Forcefield, it seriously feels like its lack of commercial success denied us something, it is frankly astounding it wasn’t a huge hit based on its catchiness and its commercial playability. Maybe it just wasn’t the right time.

Tokyo Police Club have continued to work, and their most recent release TPC in 2018 is a combination of the earlier sound from Elephant Shell and the more commercial polish of their later releases. Stand out tracks include ‘New Blues’ and ‘Outtatime’, along with an unforgettable anthem for getting up and starting again with ‘Ready to Win’. 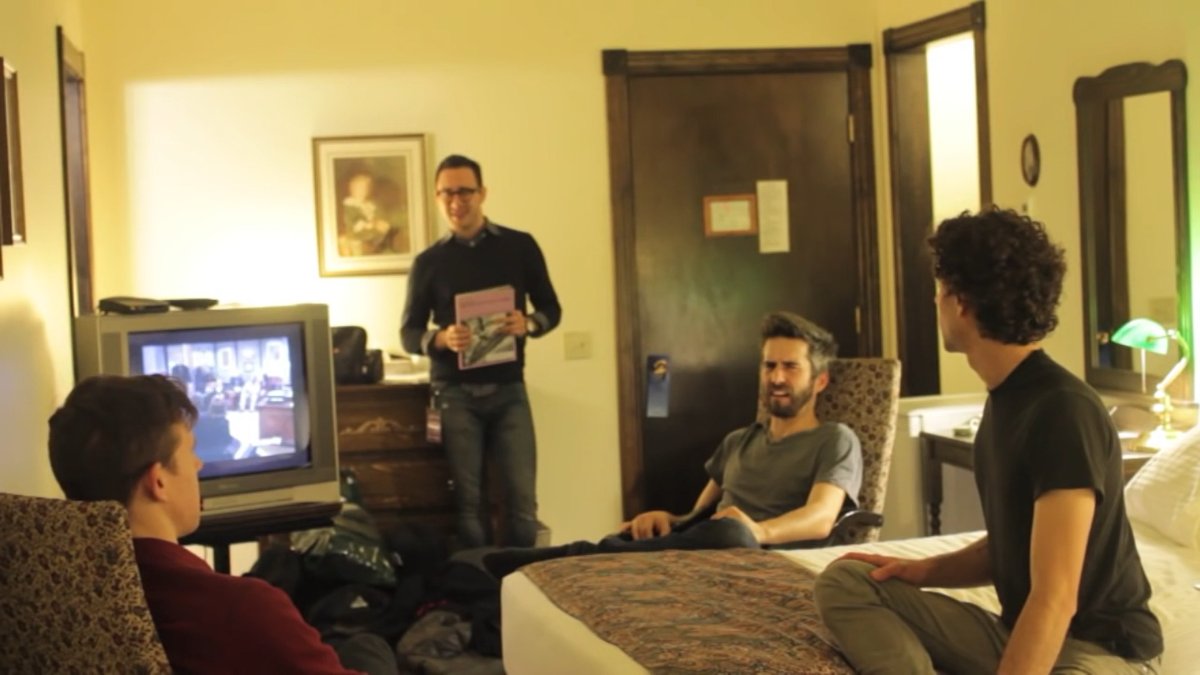 Maybe Tokyo Police Club did their thing ten years too late, but it feels like one of the biggest miscarriages of justice in music. In terms of success in rock, it used to be that bands would take a while before true commercial stadium-filling success would come to them. R.E.M had released four or five albums before they went huge, Nirvana had released Bleach before Nevermind, and Green Day took the best part of fifteen years before they became legends with American Idiot. It feels that in recent times unless a band makes it huge with a debut single or album, then they are destined to languish outside of the world stage. Maybe, if we are lucky, Tokyo Police Club’s day in the sun is still ahead of them, and that one big radio hit will come to them later than deserved.