Sadly, Nirvana was only able to release three studio albums during the band’s short existence. (Well, four if you count Incesticide.) Considering how many great songs Nirvana made and how big of an impact they had on the music scene, it’s crazy to think they were only around from 1987 to 1994. The band was a huge part of my life growing up. Their music spoke to me like no other band had before (and possibly since). It’s devastating to think about what could have been if Kurt Cobain had not tragically taken his own life. After the release of the masterful In Utero and the MTV Unplugged Live from New York performance, it’s clear the band was capable of creating very special music. And I can’t fathom where they would have gone from there. Unfortunately, we only have the three albums. But on the bright side, there are loads of amazing songs on them (and among the b-sides) that still hold up as strong now as they did more than 25 years ago.

Here is my Perfect 10 Nirvana album. I took song transitions into account for the track order, so check out the full playlist at the end of this article.

As the opening song on Incesticide, Nirvana’s compilation album released in 1992, “Dive” is a great way to kick things off. The song also appeared on the 1990 “Sliver” single. Krist Novoselic’s opening bass line just calls out to you, inviting you to dive right in. “Dive” is one of the many Nirvana songs that really showcases Kurt Cobain’s vocal range, using a smooth style in the verse, singing “Pick me, pick me yeah…everyone is hollow.” And then the raw, anger-filled chorus: “Dive! Dive! Dive! Dive in me!” I think this song is about the pains of growing up and feeling out of place. Love this tune, and it’s a good one to get things started.

Nevermind of course launched Nirvana into superstardom. With huge hits like “Smells Like Teen Spirit,” “Lithium,” and “Come As You Are,” it’s easy to forget how good some of the non-hits on the album are. When I was first getting into Nirvana, I had Nevermind on cassette tape. It was the second side of the tape that I wore out, with “Drain You” being one of my favorites. A few lines from this song always stand out to me: “I don’t care what you think unless it is about me” and “With eyes so dilated, I’ve become your pupil.” But what always gets me in “Drain You” is the breakdown near the end of the song, something we don’t see a ton of from Nirvana. Dave Grohl lays down a steady drum beat, with echo-y vocals, weird noises in the background, building guitars, and then with a scream, the main riff drops back in to finish up the song. It’s perfect.

With years of reflection, I am still blown away by how great In Utero is. A middle finger to pop music, where the band easily could have ventured into after Nevermind, it’s my favorite Nirvana album. “Very Ape” does not mess around. It’s the shortest song on my playlist, clocking in just under two minutes. The dark, deep sound of the main guitar riff hits my core. I just love the interplay of the two guitar parts along with Dave Grohl’s drumming in this song. And there aren’t a ton of lyrics in “Very Ape,” but they have that classic Kurt snarky, sarcastic wit to them: “If you ever need anything please don’t hesitate to ask someone else first. I’m too busy acting like I’m not naive. I’ve seen it all, I was here first.” 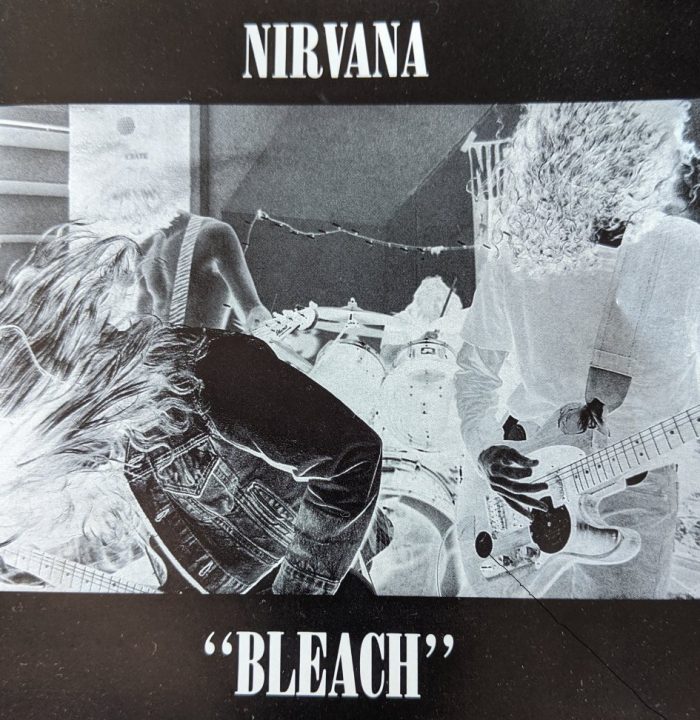 I always like to look at the first song off a band’s first album. In Nirvana’s case, that’s “Blew.” Bleach was one of the first CDs I bought after graduating from cassette tapes, and I distinctly remember listening to this song over and over on my new boombox. The sound of “Blew” from the opening bass line to Kurt’s vocals is dark and brooding. It’s a unique-sounding song that has a different feel from most of the band’s songs in its catalog. This is definitely my favorite track off Bleach. 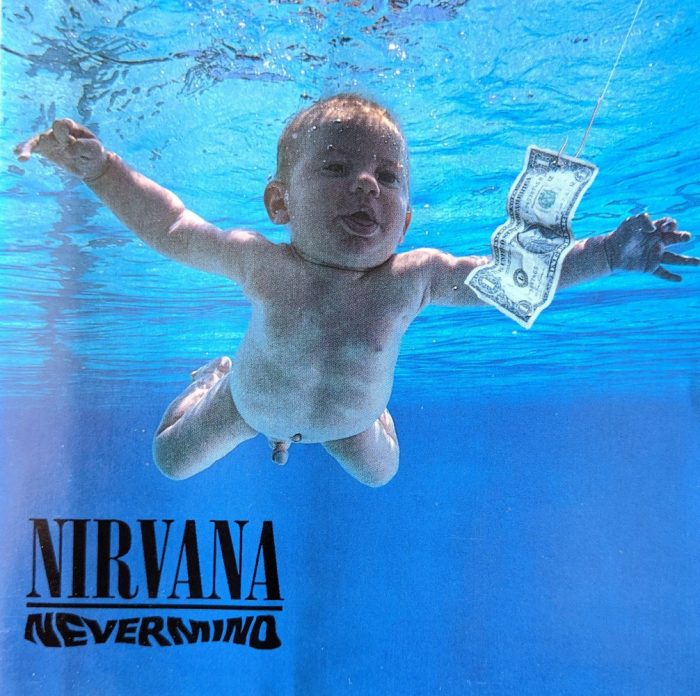 Nevermind‘s “Territorial Pissings” is all energy, with its heavily distorted guitar and fast-paced drumming. The song features an ironic intro, with Krist Novoselic singing (in a twisted voice) a portion of the 1967 Youngbloods’ song “Get Together.” I always enjoyed the lines “Never met a wise man. If so it’s a woman” and “Just because you’re paranoid, don’t mean they’re not after you.” This was the first song on the second side of the Nevermind tape. It kicks off a run of amazing tracks on the album, and if you ever find yourself in need of a musical source of energy, pop on some headphones and crank this one up.

OK, so “Milk It” is a pretty weird song, with almost unintelligible lyrics, but I love it so much. I can’t tell you how many times I’ve pretended to play the drum part to this song (never quite getting it on the correct beat but not caring). The main guitar riff absolutely kills me. “Milk It” is probably the Nirvana song most likely to make me spontaneously bust into a bout of headbanging.

“School” shines because of its simplicity, yet feeling that something deeper is going on. “Won’t you believe it? it’s just my luck. No recess!” makes up a majority of the song. Cobain struggled socially throughout his school years, so it’s easy to see the inspirations for this tune. But I think the song could also mean that sometimes the same types of negative aspects you experienced in school can crop back up in the real world. “You’re in high school again,” he repeats over and over. You may not literally be in high school anymore, but that doesn’t mean you have escaped witnessing childish behavior.

The drumming from Dave Grohl absolutely shines throughout In Utero, but in “Scentless Apprentice” it’s on another level. Grohl also wrote the main guitar riff, and the song includes writing credits for all three members of the band. The lyrics are based on one of Kurt’s favorite books, the 1985 novel Perfume by Patrick Süskind. This is another one of those Nirvana songs that sounds completely unique and like nothing else. Kurt’s vocals are just on another level in this song.

Another rare Nirvana song credited to all three members, “Aneurysm” was first released as a b-side on the “Smells Like Teen Spirit” single and then again on Incesticide. This song, for me, has some of the band’s most memorable lines: “Love you so much it makes me sick” and the repeating “She keeps it pumping straight to my heart.” I love the tempo changes; it starts off as a rocker and then for the verse, it morphs into this slower call to action: “Come on over and do the twist. Aha.” Pretty crazy to think that Nirvana had a song of this high quality in its arsenal of b-sides. 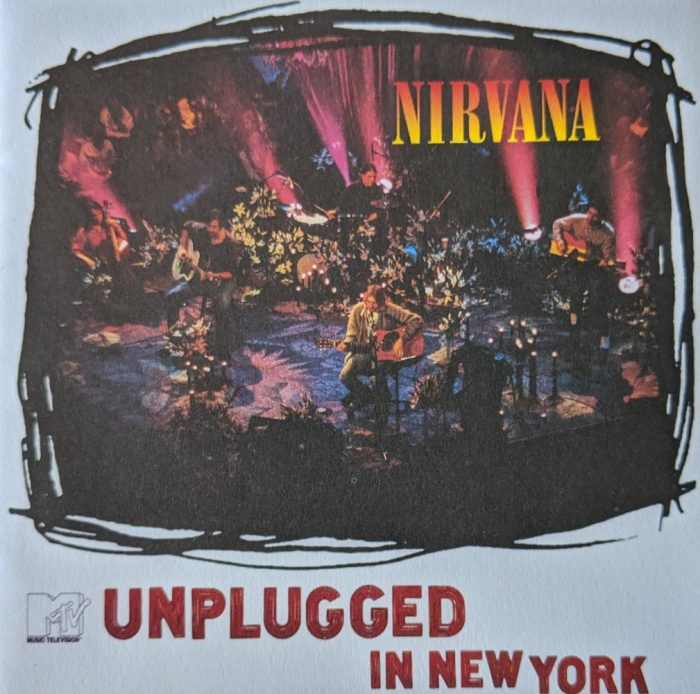 Even though I have probably heard this song thousands of times, it still feels special. I associate the band’s MTV Unplugged in New York performance as the final chapter of Nirvana, as if they were saying goodbye. And because of the tone of “All Apologies,” somber and beautiful, I associate the song heavily with that performance. So I think this song makes the perfect final tune for my Perfect 10 album for Nirvana. It’s hard to listen to now, knowing what would happen to Kurt Cobain. “In the sun, in the sun I feel as one.” There’s just so much emotion in this song, perhaps more than any other Nirvana song. It’s the perfect farewell tune.

More From: A Perfect Ten