Some shows start off great but end up sticking around too long. Whether they jump the shark, or just otherwise overstay their welcome, this is the theme of 25YL’s Cancelled Too Late series. This week E. Jay Viera looks at the NBC sitcom Veronica’s Closet.

After several years starring on Cheers as Rebecca Howe, Kirstie Alley had become an actress with qualities to play a lead, even in an ensemble show. In 1997, she got that lead in the quirky NBC sitcom Veronica’s Closet, created by legendary duo David Crane and Marta Kauffman (who created NBC’s other hit series Friends). The show featured Alley playing former model Veronica “Ronnie” Chase who started a lingerie company called Veronica’s Closet. The series was similar to the NBC sitcom Suddenly Susan in that it centered on a woman who is looking to be independent after being in a long-term relationship.

In terms of art imitating life, the character of Veronica was also portrayed as having to struggle with her weight and using food as a coping mechanism. One of the great moments of this is when she finds herself wanting to get back with her philandering soon-to-be-ex-husband, Bryce, and in a brief panic says, “I have a tremendous amount of self-control. I need a cupcake!” This became a running aspect of the show, which focused on how standards in the fashion industry are geared toward the skinny. 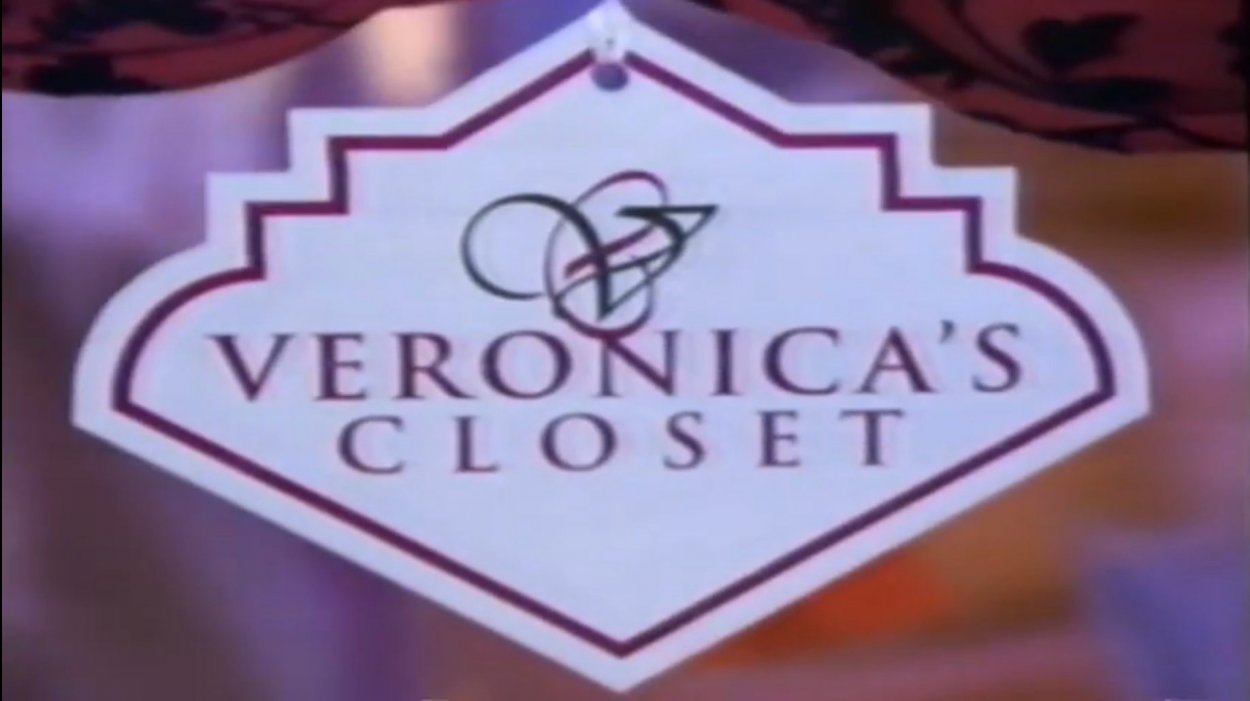 The show begins with Veronica’s failing marriage to Bryce Anderson (Christopher McDonald), who regularly cheats on her despite having been caught several times. However, she refuses to leave him because she has built her business on being “The Queen of Romance” and recently published a book called The Guide to a Fairytale Marriage.

Rather than expose her marriage as the sham that it is, Veronica stays with Bryce in the hope that he will change his ways. Her co-workers, CFO Olive Massery (Kathy Najimy), publicist Perry Rollins (Dan Cortese), her assistant Josh Blair (Wallace Langham)—who denies he’s gay despite obvious signs—and marketer Leo Michaels (Daryl Mitchell) all tell her to leave him, but she refuses. Instead, Olive tells Veronica to cheat, though Veronica says she can’t bring herself to do it. However, an encounter with a hunky physical trainer makes her briefly think otherwise.

After rejecting her fitness instructor, Veronica is informed of her husband’s latest affair, and Perry comes up with a PR strategy to counteract this. Bryce and Veronica decide to have a night out—as damage control in order to prove that they are still in love—where she questions why he does cheat on her, thinking it’s her neglectfulness as a wife. However, at dinner, she finds out he had another encounter moments after deciding to stay with Veronica. Deciding enough is enough, Veronica leaves her husband and starts down the road to becoming a divorcee.

The first half of Season 1 is spent on Veronica becoming used to the idea of being a divorcee and getting back into the dating game. However, Bryce uses several underhanded tactics to try and win Veronica back, though she knows he will never change regardless of what he says. Parts of the season are spent on Veronica embracing her newfound independence and finding things to do on her own, as well as spending time with Olive. However, the last two episodes of the season show the beginning of a plotline that would last the remainder of the season.

Episode 20 (“Veronica’s All Nighter”) features a problem of a rival company, Pandora’s Boxers, stealing ideas from Veronica’s Closet. Though Veronica can’t find a leak in the company, she realizes that in order to do more business, she would have to sell a large stake in the company to a silent partner. She and Olive decide to sell it to Millicent Barnes (Holland Taylor), who agrees to just give Veronica the money needed to expand the company. However, after several wild sexual encounters with Josh, she dies in bed with him. This leaves complete control of Veronica’s Closet to Millicent’s dim-witted son, who knows very little about anything.

Season 1 was amazing because the premise explored the raw emotion of leaving a toxic relationship that still has a spark left in it. Alley’s portrayal of a neurotic woman looking to reclaim her life is inspiring and shows there are plenty of challenges on the road of divorce. The first episode, directed by the legendary James Burrows, provides a minor amount of drama to an otherwise interesting comedy.

Season 2 begins with Millicent’s son being relinquished of his duties by his stepfather, Alec Bilson (Ron Silver). Unlike Millicent, Alec is an active part of the company and refuses to let Veronica completely run her business. Instead, she is relegated to being a creative head of the company with Alec running the business side. Over the course of the season, a romance develops between the two. This ends with Alec asking Veronica to come away with him on a tropical getaway. Veronica decides against it as she is unsure of how to confront her feelings towards him.

It’s around this point where the show seems to soften from the comedy that kept it together during the first season. Alec and Veronica’s hostile feelings to each other turn into a passionate relationship that’s slightly nauseating as it is a sitcom trope of the ages. Kirstie Alley should have known better considering she was on the show that originated the trope: Cheers. Other storylines in the show focus on Josh dating a woman with the intention of marrying her.

Watching Veronica’s Closet turn its focus towards the relationship between Alec and Veronica is excruciating and is exactly what happened to Cheers during its second season. The show is at least watchable but did lose some of its luster. Most people felt the addition of Ron Silver to the cast was a horrible move for the show, which would be proven right after the third season (which would be its last).

During the last season, Veronica finally decides to confess her feelings to Alec and take the plunge with him. Unfortunately, he took a plunge—into a volcano! However, prior to his death, Alec married a woman named June (Lorri Bagley). She is not necessarily an archetypical “dumb blonde” but rather a Marilyn Monroe type of character. She is dumb but has moments where her unique brand of knowledge comes in handy. In her role as the new co-owner, June remodels the office from its classic look to something more fitting of the late ’90s/early 2000s.

This season also focuses on Josh’s new life as an openly gay man. The series comes to a conclusion with Olive buying out June’s share of the company after Olive sells her Internet company for several million dollars. Perry and Veronica also begin a new relationship that, at first, they attempt to keep discreet. Later on, they decide to be more open about it to the rest of the staff. The show ended the long arc of someone else owning Veronica’s Closet. June also admits she pushed Alec into the volcano. However, the show was cancelled before it could get back to its original plot.

Veronica’s Closet was a cut above the rest in its youth. Falling into the same patterns that made Cheers thrive during its first five seasons killed this show with the same effectiveness as a dagger through the heart. The ending, though neat and clean, is rushed and slapped together. The show could have run another two or three seasons with its original plot as the central story of the show. Plans for a reboot have not been discussed, but with Victoria’s Secret in financial decline, that is the final nail in the coffin for Veronica’s Closet.

Like Cheers, Veronica’s Closet was an ensemble-style show that focused too much on one character in the later seasons. In Season 1, there was a plotline about Leo being engaged and breaking up with his girlfriend Tina after she isn’t sure she can go through with it. And where did Olive suddenly get an Internet company? There are several parts of the characters’ lives that are never truly uncovered or told. Veronica’s Closet had a great deal of potential that was wasted on taking the easy way out. In some shows, like Seinfeld or The Newsroom, season-long arcs can be effective plot devices to enhance the show’s plot, but in this case, it’s the opposite. Veronica’s Closet suffered from using the same season-long arc that didn’t have enough power to sustain the series.