After last week’s break from the norm, where I talked Birdeatsbaby with Mishkin Fitzgerald, we’re back to the usual format of me telling you what band you need in your life, and which are the five best songs to get you there.

I’m also guessing that some of you took a look at the header that accompanies this column and decided that if all I was going to do was rant on about some old 80s hair-metal band, you’d cut out.

Hanoi Rocks had more in common with The Stooges than Poison, drank deep from the well of punk instead of glam, and made music that you could drink, f*ck, or fight to better than any that had come before or any that have followed since.

They were a wall of noise with teased hair and eyeliner, a sonic statement that looked good in lipstick, they were beauty dragged through a hedge backward and brought the seedier side of life to the world in all its unapologetic glory.

And they are much more than a bit part in a Motley Crue film. 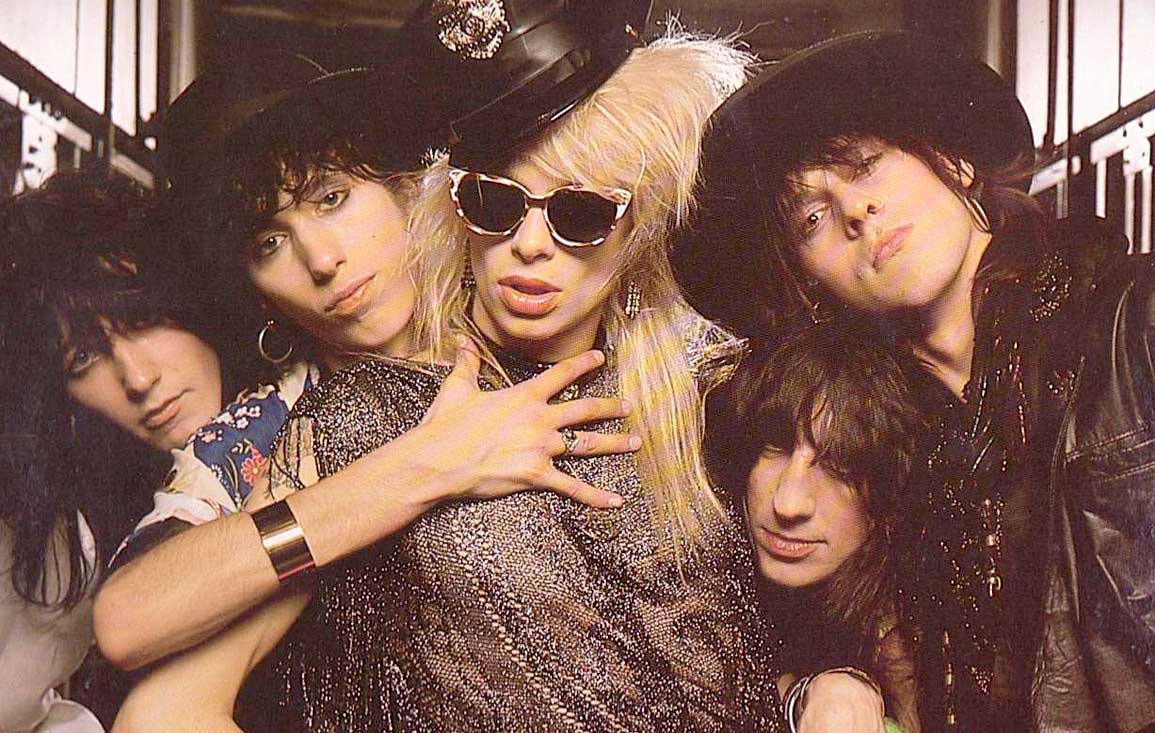 Who Were Hanoi Rocks?

Hanoi Rocks were formed in Finland in 1979 by Mike Monroe and Andy McCoy.

Life wasn’t easy for the group as they lived hand to mouth, begging on the streets along with other questionable activities being their main source of income for a while, but things would eventually take off for them after they performed a 102-day tour.

This would help kick start their career and would lead to them moving to London in 1981, where they would hook up with Razzle and the final, and most definitive line-up of the band would be born.

In less than three years the band would go from being an underground sensation to the cusp of world domination, only for it all to be snatched away when Razzle was killed after Vince Neil’s car was involved in a collision with another vehicle.

But this is not a time for tears, they will come later, for now, let’s concentrate on what made Hanoi Rocks one of the best bands you’ve, probably, never heard of. 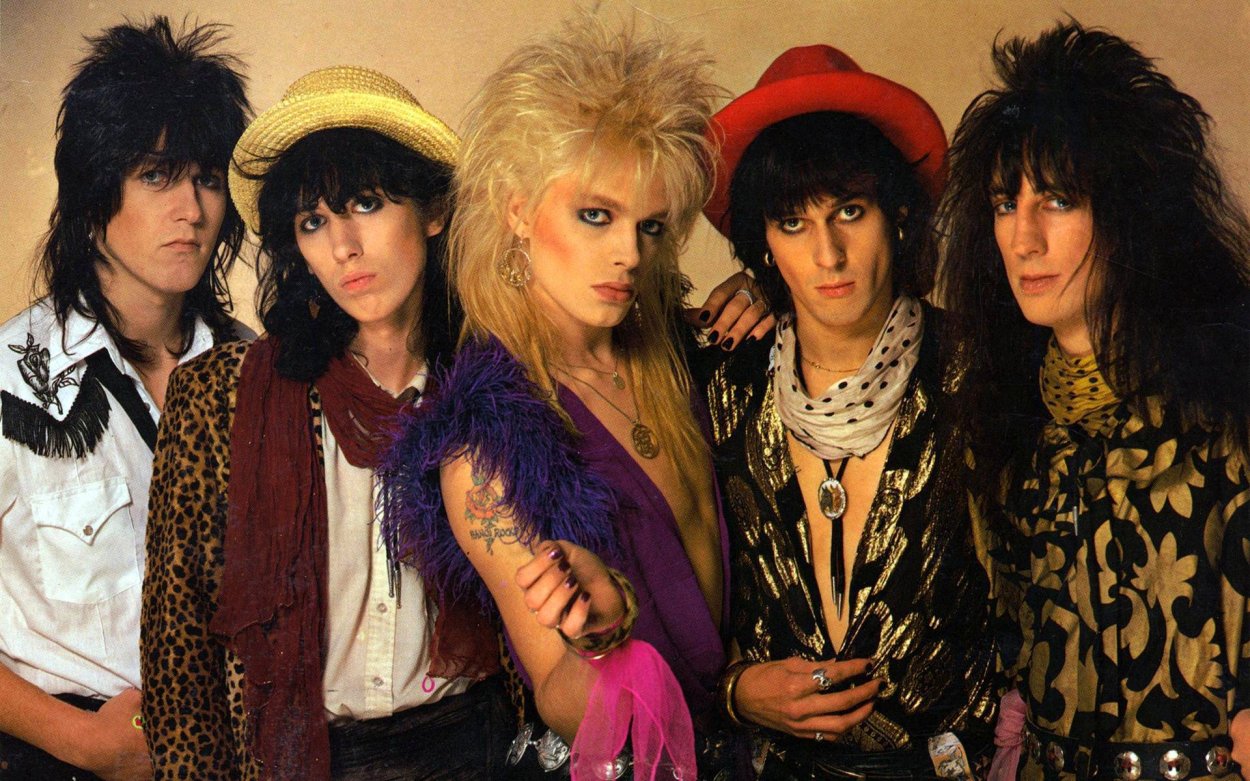 I’ll be a taxi driver for you, honey, Take you anywhere you want to”

An ominous pipe organ wails, a snare kicks, and Mike Monroe unleashes a guttural scream that you’d burst at least three blood vessels if you attempted to copy.

This is how Taxi Driver announces itself to the world.

This is the definition of down and dirty rock, with the drums, bass, and rhythm guitar pounding out the kind of backing track that would make the New York Dolls green with envy, while Andy McCoy weaves his magic over the ensuing insanity.

Everything he does here sounds out of tune.

The riffs he lays down just seem off and there’s no way that that solo should work but I’ll be damned if it doesn’t.

While all this is going on, Mike Monroe is doing what Mike Monroe does best, he sings about sex with such a vicious vocal that he could seduce a nun from 1,000 paces.

It’s not difficult to see why so many women, and men, wanted a piece of the voice of Hanoi Rocks.

Motorvatin’ is the perfect example of why Sami Yaffa and Razzle were one of the best rhythm sections to ever grace music.

There’s an almost tribal element to how this song starts, with Razzle bringing his trademark sound to the opening bars before Sami’s bass starts dancing over the top of it.

It’s a solid, firm, foundation for the band to build on and if your foundation is solid and firm then the rest just falls into place.

Another four to the floor rock song that sees Hanoi Rocks deliver music you can dance to, even if you end up looking like Andy does during the solo, it’s a celebration of freedom, sex, and drugs as Mike hits the streets on a Saturday night looking for what he needs to help scratch that itch.

Runnin all alone in a lowdown street
Just a searching for my medicine
And a little satisfaction from a woman,
Is all I need”

It’s more catchy than a dose of clap in a Soho brothel. 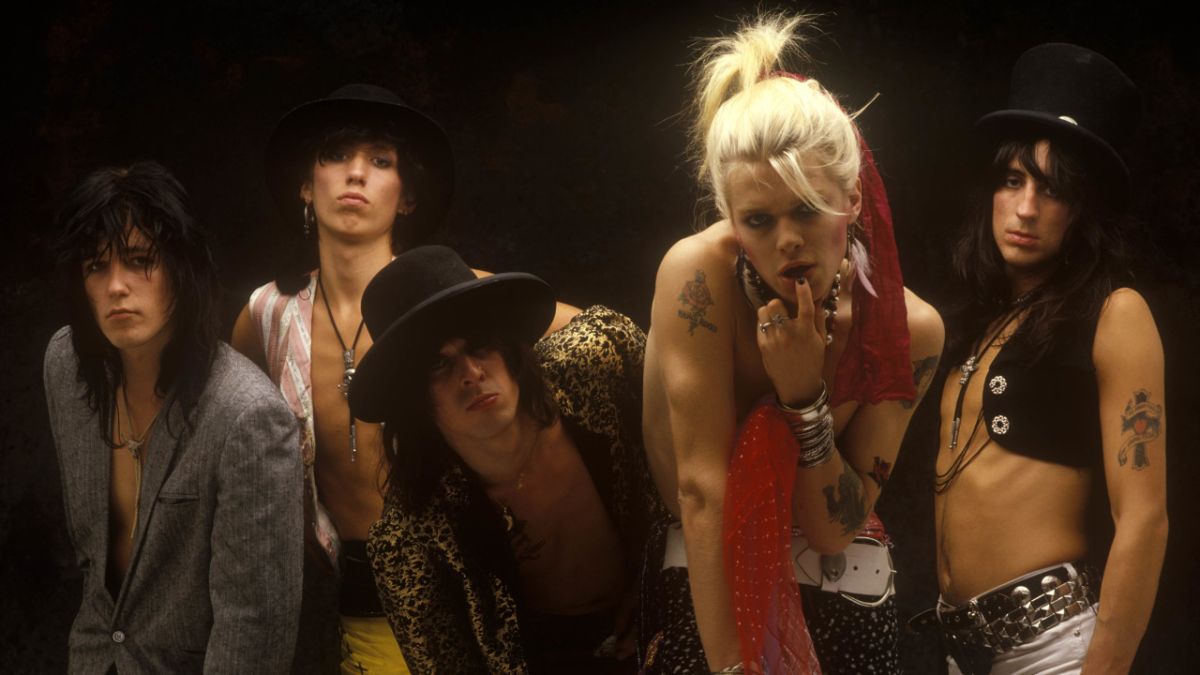 Yet another song about the old in and out now, at least that how it seems on the surface, but when the music is as raw as this, they could be singing about a recipe for a very nice egg flan for all I care.

At their best, when they were on their game, they had a driving sound to them that seemed steeped in the minor keys that no other group managed to master.

The brilliance of this is that it sounds simple as hell, but the truth behind it is that as a song, Tragedy is very complicated to play.

There’s just so much going on here that unless you fully understand the guitar then you’re going to have to break it down to as many power chords as you can and hope that the next person you meet with a love of the band can pull out all the Andy McCoy parts, as well as most of Nasty’s.

If you look a little closer at the lyrics you’ll soon realize that though this seems as if it’s just another song about shagging, it’s a lot more complicated than that.

First off, it doesn’t seem as if Mike’s really getting that much enjoyment out of it, but is just doing it because he’s got nothing better to do;

As the story progresses you discover that he’s directionless;

And that he views his entire existence as the aforementioned Tragedy;

Rather deep for a song that on original inspection is just about boning. 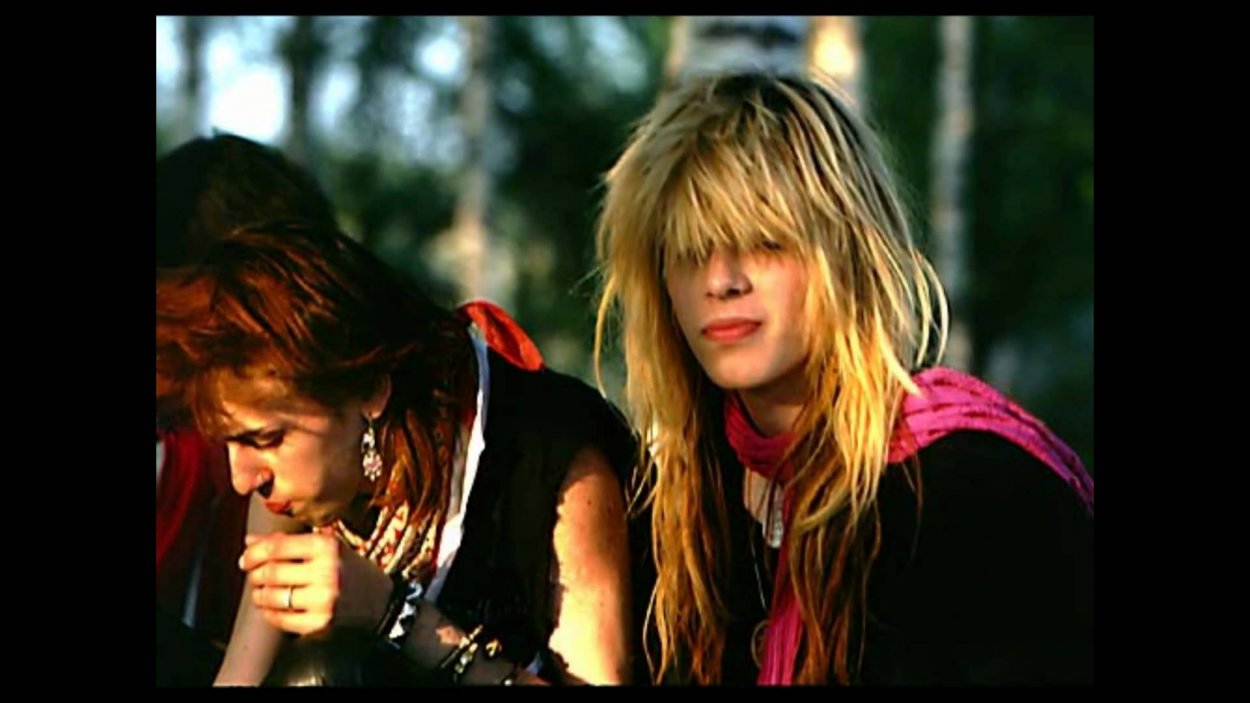 People tell me I’m too high when I’m around”

Tooting Bec Wreck is a celebration of drugs and it makes no bones about it.

It doesn’t hide behind excuses, it doesn’t try to blame anyone else for the state you find it in, it just says “Yup, this is me and this is what I do.”

It’s the ultimate two-finger salute to those who see people having a good time, no matter what the cost to themselves, and just pass judgment without knowing the full story.

They want to make a problem out of me, ‘Cos they want their own problems unseen
My mind’s a gallery of memories, I reflect the history
I’m the sort of case of the human race, That people find hard to face”

Hanoi Rocks had a history of drug and alcohol use and abuse which would inevitably end in disaster, but they never shied away from it as it made them who they were. They didn’t care if you approved, and would much rather you didn’t, it was just a part of their make-up and you could like it or lump it.

In this day and age where people will blame everything and everyone, from paracetamol to their grandma, for their actions, it’s still a breath of fresh air to hear a band come clean and admit they’re looking for the eternal party.

And let’s be honest here, who’d you rather hang out with?

The Flashing Psychedelic Kid or the asshole from The Darkness? 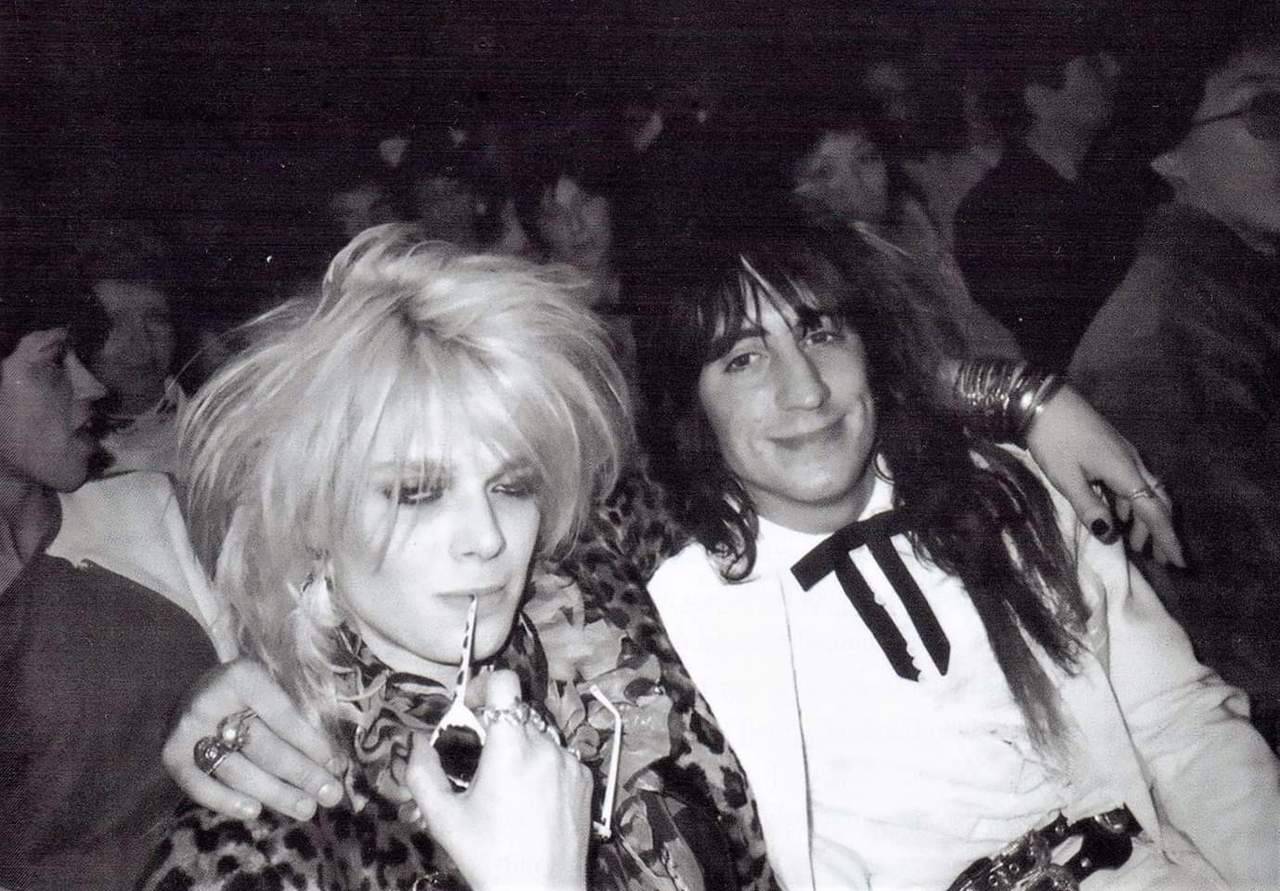 There was a time where the band wasn’t as successful as they would become and they had to do some things just to survive.

Cafe Avenue is the story of this time and it doesn’t mess about.

I was feeling hungry, I didn’t have no money y’ know
But I was like you’d say “off the hook” and sometimes it hit me quite hard”

Broke and at the end of his tether the inevitable happened;

I got prostituted, I just had to get some money, y’know”

But it wasn’t enough;

But let me tell you, the more I got the faster it went”

This tackles the subject head-on and doesn’t shy away from it at all, admitting that there was always the chance you’d sell yourself and not got a penny for your troubles, but never once does it ask you to feel sorry for it and even though it might only be a trip down a dark memory lane, there’s still a lot of love to be found for the place a young man once called home. 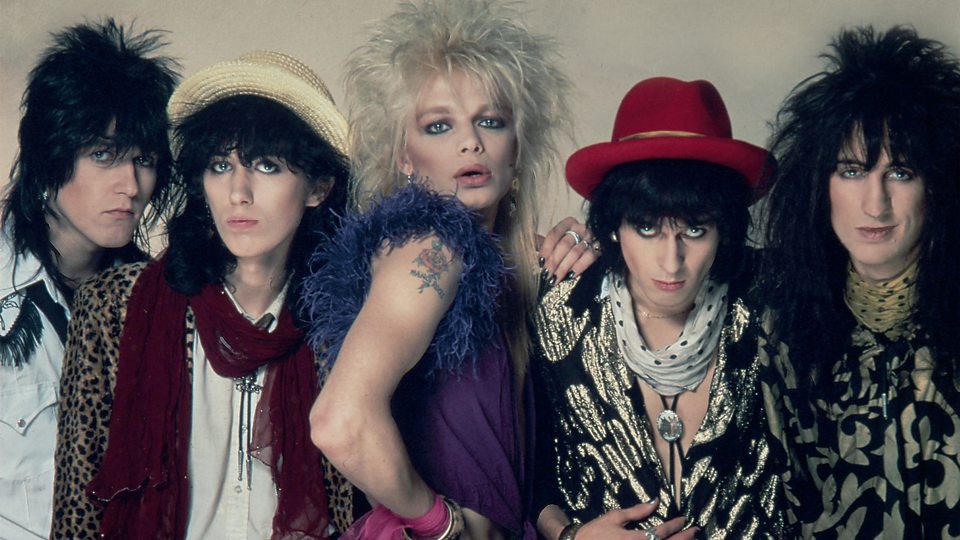 When Razzle died, so did Hanoi Rocks.

Oh sure, it staggered on for a short while afterward but there was never any chance it could continue on after his passing.

The sad thing here isn’t just the loss of one of the most talented drummer’s to ever pick up a pair of sticks, but the timing of it happening as they were on the verge of cracking America as they had signed to CBS and had released Two Steps From The Move, the album that would’ve seen them get the recognition they truly deserved.

There was a lot more at play than Razzle’s passing that drove the final nail into the coffin of the band as all of them were struggling with addiction in one way or another, meaning even if he had lived, there’s a very good chance that Hanoi Rocks would’ve just simply imploded.

But the legacy they left is just as important today as it was back then.

Growing up, I listened to a lot of bands that I wouldn’t touch today with a 20-foot pole and out of all of these, only a few have made the full journey with me.

Some, such as the Dogs D’Amour, have only stuck around because I have an attachment to them that I can’t seem to get away from.

Sure, I love Tyla’s lyrics, and the albums mean a lot to me, but it really hasn’t aged well and I just cling to them because they helped me through my formative teenage years,

But I don’t get any of that with Hanoi Rocks.

Even now, their music is still as fresh and hard-hitting as it was over 35 years ago, and it will still sound as new in another three decades and as far as I’m concerned that’s the mark of a brilliant band.

They may age but their songs never do.