Kidding continues its interesting release model, with two episodes coming out on the same day again. This model is a compromise of sorts between the Netflix model of releasing everything at once to be binged and the traditional television model of one episode a week. I find myself really liking this setup as sometimes one episode simply isn’t enough but still being able to appreciate the small details that sometimes get lost when binge-watching a series. In this article I will be looking at both the third and fourth episodes of Season 2.

In Episode 3, Will finds one last, unwrapped Christmas gift when taking down the tree and cleaning up his mother’s home. It’s addressed to him but with no name signed on the “From” line. It’s a book, which has been checked out of the library numerous times over the years dealing with magic. Throughout the episode, we see Will and his friends explore the book, particularly the chapter on time travel. Will wants to go back to a time when his brother was still alive and his parents were happy together. This story was very relatable in the sense that most kids had an experience growing up where they wished they could revert back to a simpler time, before death or divorce altered their lives forever.

A few really key elements came out of this story. First, Will and his friends went to the house his Dad owned, where one of Will’s friends was hiding a bag of pot. He told Will that every time he went into a new house, he looked for “the little door”. This prompted Will to go next door, to his mother’s home and see what she might be hiding in her “little door” in the closet. What Will discovered was a manila envelope with letters and medical documents. It turned out that his brother Phil’s organs had been donated, despite his mother telling him in the previous episode that they hadn’t. Will’s curiosity was raised and he met a young child who had received Phil’s corneas, giving this child the ability to see.

Upon leaving the child’s house, Will was nearly hit by a student driver, a girl from his school we briefly met last season. When she got out of the car to check on him, he asked her if she believed in time travel. Her explanation as to why you couldn’t go back in time, only forward, resonated and served two purposes for us narratively. First, the concept of moving forward, not backwards, seemed to connect with Will in terms of his grief and feelings towards his parents and second, our story jumped ahead four months, moving our characters slightly forward.

The finale of the first season saw Jeff hijack a Christmas tree lighting to give a speech to kids all over the world. Jeff, largely through his own experiences with his own children, was seeing how adults don’t truly listen to children and how desperate kids were to be heard. That mission and that mindset took center stage here in these two episodes. Jeff was still receiving letters from kids all over the world, despite his show being pulled from television following the Christmas speech last year. These children desperately missed the role he played in their lives and their letters along with his evolving beliefs gave him an idea.

Jeff’s idea for an interactive doll, where he could both listen and talk to every child who has one, certainly allowed him to be in a better position to be there for kids, but at what cost? As pointed out by several characters, there’s a lot of liabilities to having that kind of access to kids. On a different show, you would be expecting a problem to arise from this in a few episodes, putting Jeff’s career at stake again. I’m not expecting that here though. Listening to Jeff talk about the dangers of giving kids smartphones and the unlimited access to things detrimental to kids that comes with the internet, really doubles down on this concept that we, as a society, are allowing technology to raise our children. We aren’t listening to them; we just want them to be entertained by something. On Kidding, Mr. Pickles is stepping in, being a positive influence for the children of the world. In real life, where there is no Mr. Pickles, it’s up to us to be listening and encouraging human interaction in addition to technology-based relationships.

Deidre’s marriage to Scott is not only ending but the divorce is quickly becoming ugly. They’re arguing over everything, using anything they can against each other. Scott tells Deidre that he knows her secret, that she’s not actually donating money to schools for girls all over the world. She’s cheating on her taxes and using that money to take lavish trips where she can just be alone. Having her secret exposed, along with her father attempting to manipulate her and Jeff once again, pushes Deidre into action, mainly out of self-preservation.

Seb, fresh off being fired by Jeff, goes to both of his kids and tells them individually to look out for the other and expresses how concerned he is. Despite all of his flaws and terrible ways of going about things, Seb does care for his kids. Raising Jeff and Deidre alone after their mother left, taking care of them was his sole responsibility. His underlying intentions, even now, are always to make sure his kids are taken care of. The problem is that he doesn’t know how to communicate with them, when they were little or as adults. He never listened to them or even let them make their own mistakes. He solved their problems, typically behind their back. The result today is that Seb has been pushed out of the business by Jeff, with Deidre now in charge and Seb is lonely and miserable. 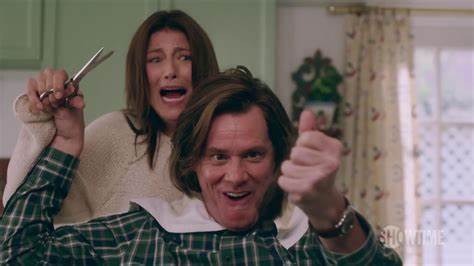 The bond between Jeff and Deidre is one of my favorite parts of the show. In the scene where she melted down on Jeff, telling him that she didn’t think the show would come back and then proceeded to verbally vomit all over him, Jeff listened to his sister because that’s what she needed. When she told him that she hated his hair, Jeff told her that there was nobody he trusted more to not only fix his hair but also, to save the show. Watching Deidre, a woman who suffers from confidence issues, shaking at the thought of being depended on and then Jeff take her shaky hand and help her begin cutting off his hair was as powerful of a moment as any on television. This brother and sister have been through a lot together during their lives and their bond has stayed strong throughout it all.

The developing friendship between Jeff and Peter was the main story arc in the fourth episode. Jill had previously kept them apart but Jeff was persistent and Peter was willing. These two men, by all accounts, should hate each other. Peter moved in on Jeff’s wife no time after they split up, all while she was in the earliest stages of grief over her dead son. Jeff hit Peter with a car. Yet when they got together and began talking to each other, the desire to be friends was there. They spoke of their pain post-surgery. They spoke of how both of them were suffering from erectile dysfunction after the surgery. They talked about how Peter and Jill were doing as a couple. Finally, when Jeff needed someone to go with him to get medicinal marijuana so he could avoid taking pain pills, Peter not only went with him but also made sure that the public couldn’t see this children’s television icon doing something that might hurt his reputation.

Watching these two men complete the rest of their journey this episode, which included taking an elevator to the highest floor of the tallest building in the city to see if they could get blood flow going in the pants again was absurd and sweet, which is a line this show masters. Jeff telling Peter that he had slept with one other woman before he married Jill and it was Julie Andrews (Cherry Poppins he said Deidre now calls her) was the most vulnerable we’ve seen Jeff be with anyone. Jeff doesn’t get personal with anyone because his focus is always taking care of everyone else. Yet here he is, sharing these genuine moments of bonding with the man his estranged wife is now with that he recently tried to kill. Isn’t life strange?

In another example of the power of friendship, we were shown a flashback of war-torn Croatia in 1991. A group of children were hiding in a building to avoid gunfire and inside on an old television, was Jeff’s show. These children, literally living in a life or death situation, found not only comfort but joy from Mr. Pickles. When an explosive hit the building they were in, the TV lost sound and the kids urged one boy to stand up and sing because his voice sounded exactly like Mr. Pickles. Moments later, another explosive hit and that boy watched his friends scatter, except for the one child who died right in front of him.

Years later, that boy was collecting debts owed from a store owner. The boy had grown up to be a gangster in Croatia and was in the middle of roughing up the store owner for being short on money owed when he saw the talking Jeff Pickles doll. It overwhelmed him with feelings and he took the doll and called the debt even. Just like the kids around the world talking to the doll, the man did too. In another example of an unlikely friendship, Jeff and this man began speaking regularly, to the point where they had become friends and were even discussing Jeff’s pending divorce. This man had once been a child, growing up in the worst of circumstances, comforted by Jeff Pickles and his uncanny ability to sound like him. Now, as an adult, he was returning the favor—being there for Jeff. 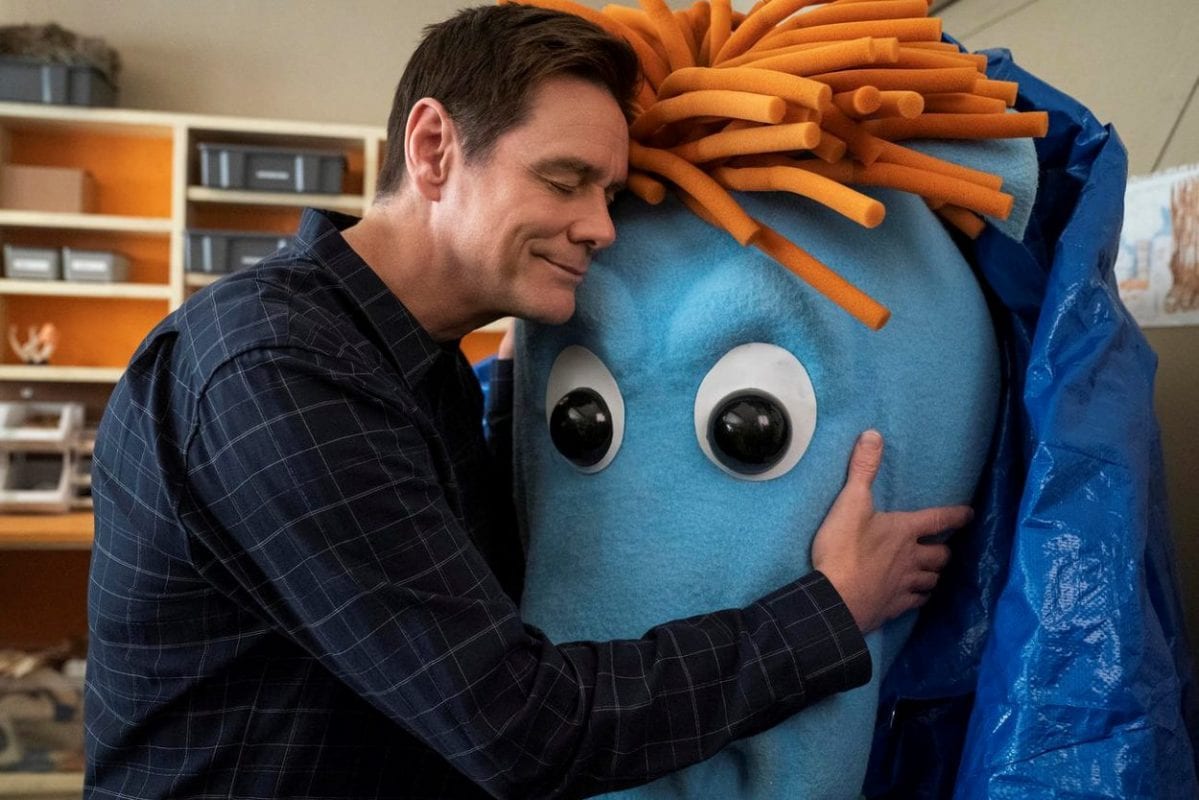 Deidre was able to get Jeff’s show back, working out a deal with Amazon but her divorce has brought a new wrinkle into play. Deidre created all of the puppets on the show and Scott is entitled to half of everything. The show ended with Jeff revisiting his old friends, the puppets, more than ready to get back to this world he had created, while Scott’s lawyer was informing Deidre which puppets Scott now owned. This is going to be tough news for Deidre to deliver to her brother next week.

Kidding has started its second season off with now four really high-quality episodes. I continue to be amazed at how hysterical and thought-provoking it can be, often in the same scene. There’s something special about this series and it’s really only getting started. Until next week friends.