Every other week, we’ll be highlighting the best in scary audio storytelling, be it podcasts, audiobooks, radio plays, and more. This is Sounds Scary. This week we’re listening to the Audible Original dramatic adaptation of Locke & Key.

If ever there was something that ought to be impossible, it’s this. With the recent Netflix adaptation, fans of the graphic novel from Joe Hill and Gabriel Rodriguez expressed doubts about the changes required of a new medium. How can something as richly visual and limitlessly as Rodriguez’s art exist when handcuffed to a TV show’s budget? The show does an admirable job, but there’s something missing. The walls are always visible on its Truman Show, and, despite all its efforts, it falls short of Rodriguez’s imagination and Joe Hill’s expert narrative pacing in the source material.

For my money, or in this case, for my audible credit, the best adaptation is Audible Studios original adaptation of Locke & Key starring Kate Mulgrew (no stranger to Joe Hill’s work with her seminal narration of his novel NOS4A2), Haley Joel Osment, and Orphan Black’s Tatiana Maslany.

While it seems quixotic to adapt a comic book to an audio-only medium, it works surprisingly well because all of its fantastical elements are limited by only one thing: the listener’s imagination. The stellar voice cast, especially the Locke children with Brennan Lee Mulligan as Tyler, Jaime Alyse Andrews as Kinsey, and Betsy Kenney as the young Bodie, bring the characters to life. From Tyler’s haunted teenage soliloquies about guilt to Sam Lesser’s violent sociopathy, every human moment feels deeply real.

When it comes time for the magical keys of Key House to come into play, the direction from William Dufris and the sound design from Rory O’Shea give just enough texture to the magic of the Anywhere Key and the Shadow Crown and the iconic Head Key to let the listener fill in the blanks. 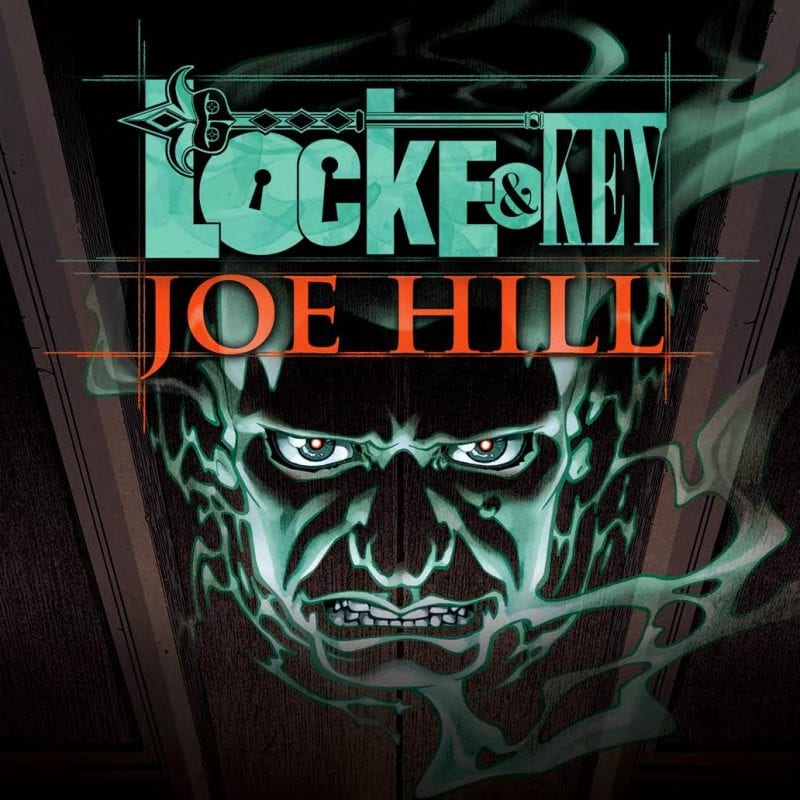 That’s the real magic of the adaptation. The decision to structure a narrative that’s, at its heart, about the wonder and terror of childhood, around the mutual collaboration of art and audience, is a masterful one. When the children of the Locke family discover magic in their family home, so do we. When their mother is tormented, we feel every second of her despair and hopelessness as it fills our heads.

The story doesn’t skimp either, it presents the full, unabridged story of Locke & Key over thirteen hours. Where the Netflix series has to cut certain elements for length, budget, and narrative momentum, the audio drama trusts the phenomenal storytelling from Hill and Rodriguez to hold up.

I actually first fell in love with the story of Locke & Key through this adaptation. The hours I spent with the cast, including a cameo by horror legend and noted Joe-Hill-for-a-son-haver Stephen King, were nothing short of magic. Every new voice, every new twist and thrilling set-piece carved itself into my mind. When I finally picked up the comic and saw Rodriguez’s interpretation of the story, it was like reading it all over again in a new and wondrous language, full of colorful song and visual poetry.

It gave the story a second life and filled me with a new love for the characters and events of Locke & Key. Listening to this version, whether you’re a devoted fan or a new visitor to Key House, is like stepping into a rich new world of imagination, peril, and childlike wonder.