Year of the Rabbit aired in the UK this past summer, but it comes to American screens in February 2020 on IFC. It’s a hilarious romp of a show, with the titular D.I. Rabbitt (Matt Berry) blustering his way through one scenario after another.

He’s not dumb so much as he is blinded by his times, and the same goes for the other men in Year of the Rabbit. They may not take women seriously, but the show puts a point on the way in which virtually no one did—to absurd comedic effect.

At the same time, it is Mabel (Susie Wokoma) who solves most of the cases. She’s a black woman who wants to be police in this Victorian England. And while the fact that she’s black isn’t ignored, it is the fact that she is a woman that gets more of the focus.

Women can’t be coppers. Her adoptive father Chief Inspector Hugh Wisbech (Alun Armstrong)  insists on this in the early episodes. The fact that he is her father is relevant. He wants the best for her. But, still, these social forces play a role. 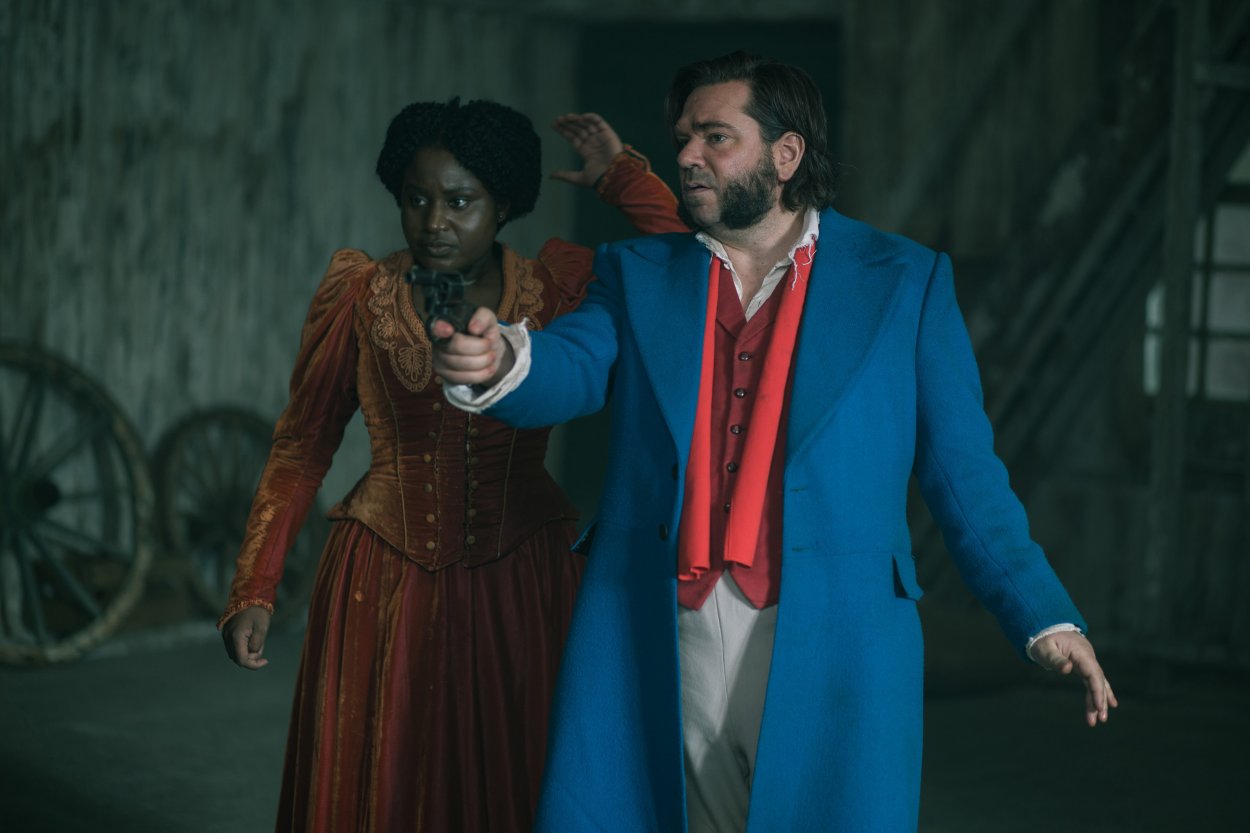 This kind of humor can be found throughout the show. It’s a matter of making something that would usually be left implicit explicit by saying it out loud. It’s not clear what we should call this move, but its comedic effect is clear. It is, for example, one of the primary things that made The Colbert Report as funny as it was—Stephen Colbert would simply explicitly express what seemed to be the real position of those he was mocking.

This isn’t really satire, insofar as satire involves taking a position and pushing it to an extreme. Think of Jonathan Swift’s A Modest Proposal, for example. No one really endorses the idea of eating children. The point is to say that the position that people are actually endorsing may as well be such.

But when you set a show like Year of the Rabbit in Victorian England and have characters say expressly what would have tended to go unsaid, the laughs follow. And not all of them are historically indexed by any means. This is just the general style of Year of the Rabbit.

It does, nonetheless, spur thought about the state of things even now when it comes to how we view women and people of color. Year of the Rabbit doesn’t find its humor by looking at the past and mocking it in relation to how far we have come. Rather, it throws in certain modern elements to short circuit any such feeling of historical distance.

A lot of this occurs in the dialogue. While many of the things said have something of an old-timey ring to them, others are distinctively not the way of speaking you would expect from people at the time.

Because that’s not the point.

I’m not sure if there is one, beyond the comedy of the show. At least, I would hesitate to try and articulate something that I think Year of the Rabbit is saying. For the most part, this is a show that is having a laugh, and I’m more than happy to laugh along with it.

And that’s a good thing.

Equally, while Year of the Rabbit tends in the direction of a “case of the week” type show, there are throughlines to the plot that help to make it more interesting.

There is a secret society, for example, which ends up being a secret society of women. Their scheme only becomes apparent towards the end of the season, but things aren’t fully resolved.

And there is some further setup for a second season with Jemaine Clement showing up at the very end saying that the Queen has something in mind for our ragtag band of heroes. What? Well, she’ll tell them when she sees them.

Overall, I would certainly recommend Year of the Rabbit. I thought it was funny as hell, and I enjoyed the six episodes of the first season immensely. If you haven’t had the chance to see it yet, check it out when it hits IFC on February 19.