Want to hear something new? We have lots of great new music that might just tickle your fancy.

Archers of Loaf are excited to share brand-new song “Raleigh Days,” and it arrives with an announcement of more 2020 shows! Singer and guitarist Eric Bachmann wastes no words describing how the first new Loaf song in over two decades came to be:

I built a birdhouse on the back of my van. The seeds of “Raleigh Days” were spit out of the circular opening on the front of this birdhouse by an angry cardinal. One day last summer, as we were barreling down the highway hell-bent for leather, this antagonistic little redbird stuck her head in through the back window and exclaimed, “Great songs often come out so easily that they practically write themselves. I tried to help you, but you idiots ruined it; and now you’re going to have to finish it all by yourselves!” Then, in a white-hot flash, we smashed head-on at 130 mph into an 18-wheeler carrying a herd of giant elk. It was all blood, fire, fur, and feathers snowing down through that old familiar smell of boiling oil and scorched earth. Fortunately—after I regained consciousness—I was able to make guitar picks from some shards of elk antler I found scattered around the accident site. It wasn’t planned per se, but it just kind of worked out that I used one of these picks to track my guitar part on “Raleigh Days,” and I think it sounds pretty good.

Wye Oak’s very special JOIN tour, which begins next week, will see the duo expand to a quintet and perform music across not only their catalogue but songs from Andy Stack’s and Jenn Wasner’s respective solo projects, Joyero and Flock of Dimes.

In anticipation of these exciting shows, Wye Oak is sharing a soaring new song titled “Walk Soft.” Lyrically, it picks up right where preceding standalone single “Fear of Heights” left off by asking a string of questions: “What is the view? / Does it belong to you? / Do you see the same blue as I think I do?” From there, themes of trepidation and risk are escalated by the band’s sonic prowess until a satisfying coda of closure is reached.

Wasner expounds on the meaning behind “Walk Soft”:

When I was younger, I used to work at a stable taking care of horses. I thought they were the most beautiful animals on earth, and seemingly so gentle, so it took me a while to learn that they could also be dangerous, if only because they were so much bigger than I was. Love is like this, too—the bigger it feels, the more power it holds. True beauty should be frightening.

Also arriving today is a short documentary about the band featuring interviews with Wasner and Stack as they discuss their history, their dynamic as performers and collaborators, how that has been perceived by their audience over the years, and how their upcoming JOIN shows will differ from any previous Wye Oak performance.

The Cinematic Orchestra, To Believe Remixes

In celebration of last year’s critically acclaimed album, To Believe, The Cinematic Orchestra are set to release To Believe Remixes—a carefully curated collection of remixes and re-works made by some of The Cinematic Orchestra’s favourite producers and artists—as a digital album on March 6th and as two 12” vinyl releases featuring select remixes on April 24th. “It’s one of the greatest privileges of a musician to invite artists who have inspired you to re-imagine your work”.

The Cinematic Orchestra have done their own remix of “Zero One/This Fantasy (feat. Grey Reverend)” which is out today.

Their first studio album in over 12 years, To Believe was released on March 15, 2019, on Domino / Ninja Tune to widespread acclaim from the likes of The Guardian, The Independent, Paste, GQ, Under The Radar, and Bandcamp, with The Observer lauding it as “a triumph” and “heartbreakingly brilliant” in their 5* review. The record debuted at #19 on the Official UK Album Chart and was #1 on the UK vinyl chart. 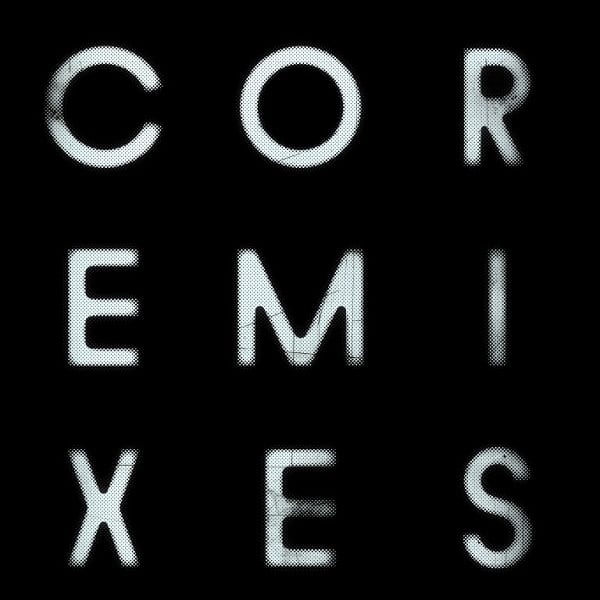 Metrik, We Are The Energy

Producer, songwriter and now singer, Metrik unleashes another dose of high octane drum & bass frequencies and first-class dancefloor sonics with “We Are The Energy”, his first release of 2020 following his huge 2019 anthems “Hackers” and “Gravity”.

Balancing euphoric harmonies and catchy melodies, ‘We Are The Energy’ continues to take Metrik’s sound to new heights with his own vocals taking centre stage and is an exciting prelude to Metrik’s forthcoming third studio album.

Metrik continues to tour across the USA, Europe and the UK in 2020, including a headline set at Hospital’s Records’ upcoming London drum & bass takeover, Hospitality Returns To The Dock. 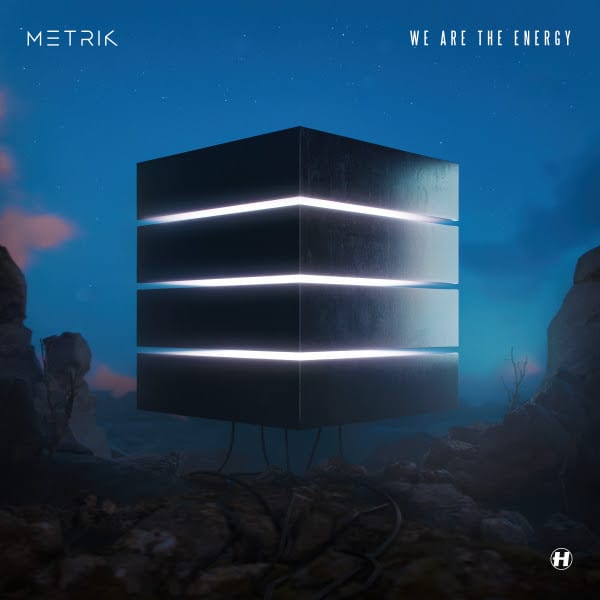 Modern Rituals, Scratcher In The Mash

Modern Rituals latest single ‘Scratcher In The Mash’ builds its backbone from utilising the well established quiet-loud dynamic, as it judders nervously and crashes maniacally to punishing effect. There’s a hypnotically angular quality to the song’s primary hook, think late-career Fugazi at their most despondent, which jolts terrifically when coupled alongside the bluesier swing rhythms that colour in barely subdued verses.

The new album ‘This Is The History’ is out on the 20th of March on Holy Roar Records.

The Crawl (OST) is being given the vinyl treatment by Rusted Wave! This release, not available on any other physical format, features the first-ever release of the heart-pounding score by Max Aruj and Steffen Thum from Paramount Pictures’ 2019 summer horror flick!

Hailed by Quentin Tarantino as his favourite film of 2019, and “Certified Fresh” by Rotten Tomatoes, Crawl tells the story of college swimmer Haley (Kaya Scodelario) and her father (Barry Pepper) being terrorized by alligators while they are stuck in the crawl space of their Florida home during a Category 5 hurricane. Directed by Alex Aja (The Hills Have Eyes) and produced by Sam Raimi (Evil Dead 2, Spider-Man) Crawl features Aruj and Thum’s creepy and sweeping score, which evokes tones of Trent Reznor/Nine Inch Nails and John Williams. This score is sure to strike a chord with horror buffs and soundtrack lovers alike.

Join Rusted Wave as we go back to the crawl space with this first-ever release of Crawl (OST)!

So that’s it for this week, let us know what new music you recommend, we always want to hear new stuff at 25YL. 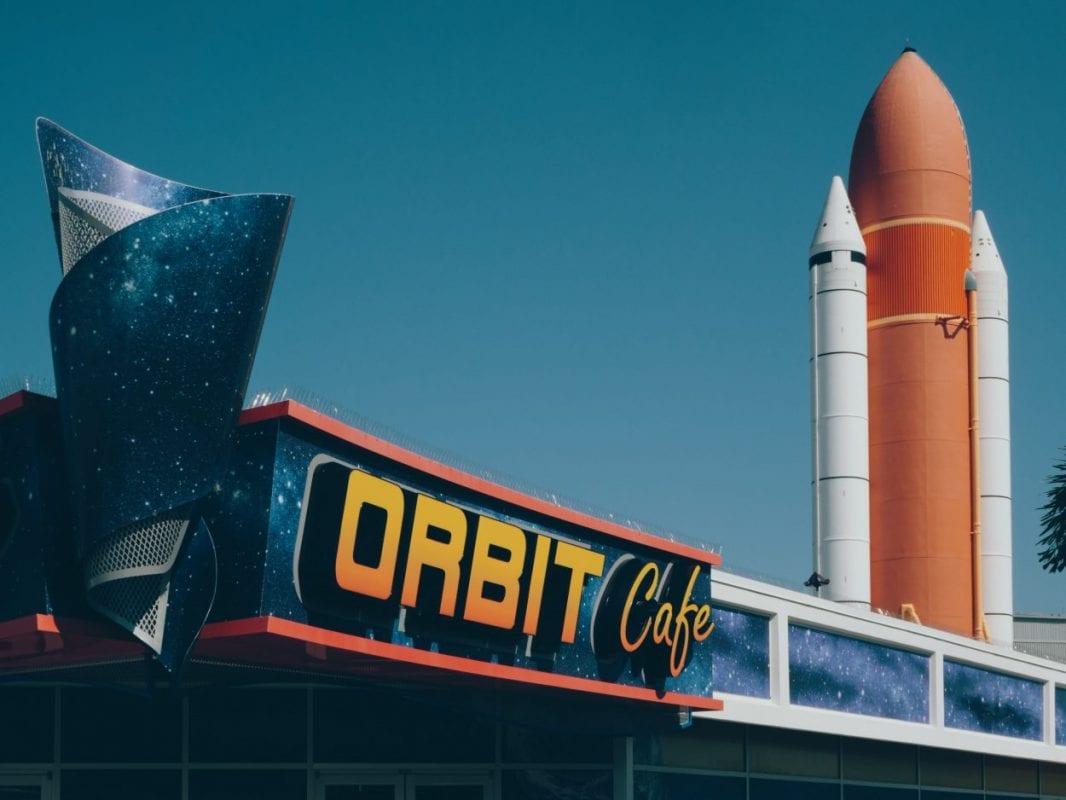