Welcome to What’s the Buzz, 25YL’s feature where members of our staff provide you with recommendations on a weekly basis. In our internet age, there is so much out there to think about watching, reading, listening to, etc., that it can be hard to separate the wheat from the chaff, filter out the noise, or find those diamonds in the rough. But have no fear! We’re here to help you do that thing I just described with three different metaphors. Each week a rotating cast of writers will offer their recommendations based on things they have discovered. They won’t always be new to the world, but they’ll be new to us, or we hope new to you. This week, Bryan O’Donnell discovered EOB, Rachel Stewart is listening to Billie Eilish’s Bond song “No Time to Die,” Jason Sheppard is exciting about the release of the full Alive soundtrack, and Vincent Greene recommends that you watch Spielberg’s A.I. already.

Bryan: Radiohead guitarist Ed O’Brien will be releasing his debut solo album, Earth, on April 17 under the alias EOB. I wasn’t terribly excited when I first heard this news. I’m not sure why; perhaps because I’ve been slightly disappointed in Radiohead’s last two albums. But I caught one of the upcoming songs from Earth—“Shangri-La”—on the radio today, and, well, now I’m quite excited.

The song is upbeat, complex, and very catchy. It starts off with a simple guitar riff and a maraca, before some more beeps and boops are added, and then in comes a bass line that would not surprise me at all if it were from Radiohead’s Colin Greenwood. A pleasantly shocking heavy guitar riff busts in during the chorus as O’Brien sings “I didn’t really know that I felt so cold/Until I found Shangri-La.” The song ends with layers of sound moving in different directions but creating one big sound that is really infectious.

We haven’t heard anything like this from Radiohead on their past couple albums (and with the band taking at least another year off, we likely won’t anytime soon). So for me, “Shangri-La” is a refreshing burst of energy. After this encounter, I listened to Earth‘s other previously released track, “Brasil.” This one begins as a soft, quiet acoustic tune. But then around the 3-minute mark, it transforms into a space-trippy almost-dance song. I was surprised to find I liked this song even more than “Shangri-La.” I’m incredibly excited to hear more of this album. Ed O’Brien’s vocals sound great (which I shouldn’t be shocked by because I’ve always enjoyed his backing parts with Radiohead), and this project appears to have a refreshing sound that may be invigorating for Radiohead fans.

Jason: 1993 was a banner year for James Newton Howard. In February he scored the suburban Michael Douglas drama Falling Down. That May he scored the whimsical American president identity swapping comedy Dave. In August, Howard scored his biggest movie yet, the heart-racing action/thriller The Fugitive, which earned him his second Academy Award nomination. It also placed him in the top tier of film composers that decade along with James Horner, Jerry Goldsmith and Hans Zimmer. Because of his recent work on The Dark Knight, Hunger Games and Unforgettable Beasts series, Howard remains one of the industry’s most versatile and in-demand composers.

Alive, directed by long-time Steven Spielberg producer Frank Marshall, was the composer’s first film released in 1993. The movie told the incredible true story of a group of Uruguayan rugby players that crashed on a mountain in the Andes while flying to a match in 1972. To survive, unhurt members had to sustain themselves by resorting to eating human meat from the casualties. Naturally there were some laughs from the movie-going public in the weeks leading up to this movie’s release. Some called it that other cannibal movie in reference to 1991’s The Silence of the Lambs.

When Alive did open in mid-January 1993 it became a surprise box office hit. The laughter faded as audiences responded to the very human story of fear, choices, courage, faith and survival against the most insurmountable of odds. Audiences left the theatre moved by the film and there’s no doubt Howard’s score was a key in how they were affected. Here the composer provided sinewy strings to Alive’s suspenseful moments, heavy strings for the sweeping drama, a delicate guitar solo representing the friendship between its main characters and Jerry Goldsmith inspired action cues for the characters’ descent from the mountain in search of rescue. Listening to Alive today, Howard’s score seems like a precursor to his later works with M. Night Shyamalan (especially in the track simply titled “Eating.”)

The original 1993 Alive soundtrack consisted of only 30 minutes of Howard’s music. Intrada’s new two disc release features all 73 minutes of recorded score available for the first time! Disc two features the remastered 1993 disc assembly and several alternates and unreleased cues. As Howard went on to much bigger projects that decade (such as 1995’s Waterworld) his score for Alive remains a remarkable and powerful work and has finally received the treatment it has long deserved. Now please bring on Pretty Woman. 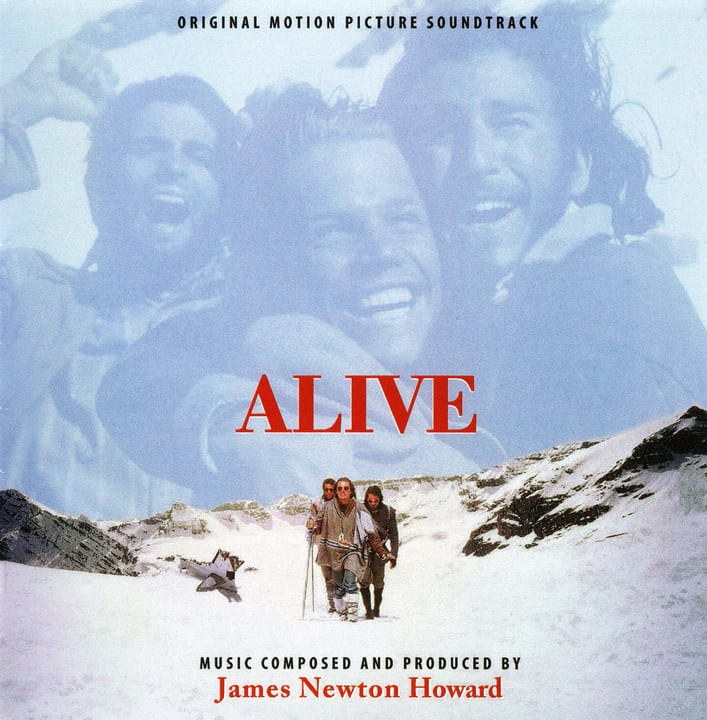 “No Time to Die” Gives Me Life

Rachel: I have a confession. I totally slept on Billie Eilish. Well, not entirely. She’d lurk on Spotify while I listened to other faves like Halsey and Lana Del Rey. But then she just kept turning up everywhere, she became the youngest person to snag the top four awards at the Grammys, and the news dropped she’d be locking down the next James Bond song.

At first I was offended that no one called Lana (although rumor has it “24” from Honeymoon is her rejected Bond offering) but then I spun “No Time to Die” and everything changed. The piano-driven ballad recalls the likes of Adele’s instant classic “Skyfall.” Eilish’s breathy vocals add an extra dreamy vibe to the track and by the time the trademark Bond brass and guitar flourishes kick in, I was a goner. The cut never reaches a roaring crescendo like Adele’s or Sam Smith’s past offerings, but it has deep hooks on repeated listenings.

Every Bond theme reflects the film it opens. Considering the last film ended with 007 leaving his dangerous life behind for love, which then seemingly ends in betrayal, the muted, slinky tone plays well with Bond’s inner pathos and regrets. When Bond goes to sleep, where does he go?

That the blood you bleed

Is just the blood you owe”

This week, Eilish sang the song for the first time at the Brit Awards, which I basically consider a warm up for next year’s Oscars where she’s first in line to grab the gold. With a full band and orchestra, the performance recalled Portishead’s Live at Roseland NYC (another great band that’s already done Bond-worthy material). As for me, I’ll be spinning Eilish’s back catalogue for the foreseeable future. Duh. 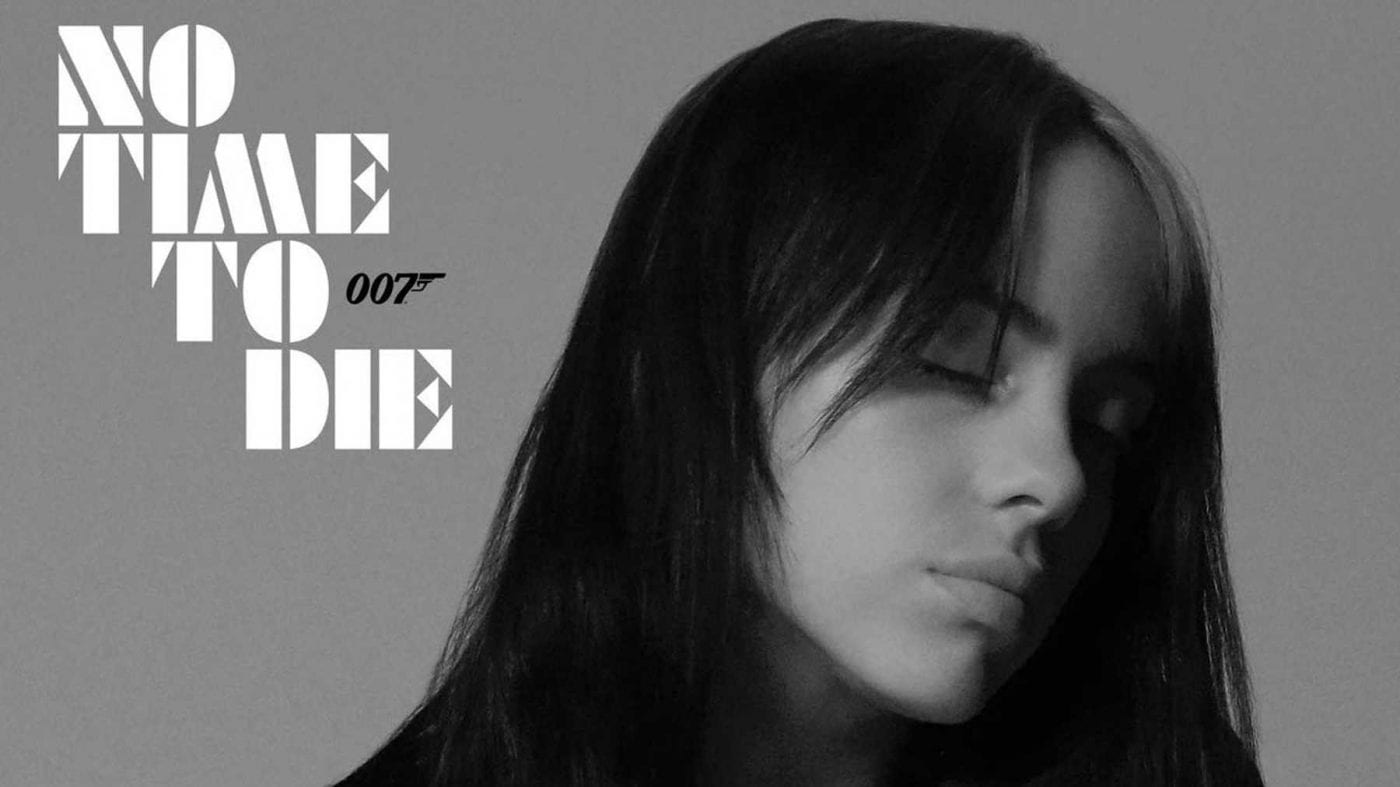 Vincent: Before ever reaching the big screen A.I. Artificial Intelligence has an interesting story. At one time A.I. was to be made by legendary film director Stanley Kubrick, who procured the rights to the source material, the short story “Super Toys Play All Summer Long,” several decades earlier. It waded through developmental hell for so long that Kubrick would sadly pass before being able to make his long-held dream come to fruition. After Kubrick’s passing, in would step Steven Spielberg, the master of the showpiece blockbuster.

Even though it would have been extremely interesting to have seen Kubrick’s vision for this movie considering his past achievements, with this basically being a futuristic retelling of the story Pinocchio told through the eyes of a robotic boy David, this particular source matter is right up Steven Spielberg’s alley. Spielberg is adept at telling a heartwarming story that can also pack a gut-wrenching punch to the stomach, so A.I. allowed Spielberg to be at his most Spielbergian.

Even after watching it multiple times, I continue to find little gems hidden in the layers of a truly well-crafted story filled with excellent performances, starting with Haley Joel Osment as David, who in his pomp was one of the greatest child actors of all time and once again puts in an incredibly well-rounded performance on this outing.

Osment is backed up by an equally enthralling and layered performance from the ever reliably brilliant Jude Law, cast perfectly as the charming but slightly awkward love bot Gigolo Joe. Law, I believe, is truly one of the greatest character actors Hollywood has to offer right now. Both actors have great chemistry and complement each other perfectly in the lead roles.

Sam Robards and Frances O’Connor both excel in the roles of David’s adopted parents Henry and Monica. In particular, Frances O’Connor puts in an extremely polished and complex performance as David’s adopted “mother,” exuding so much pain and anguish in every line she delivers, believing each act of love she shows David to be a betrayal of her biological son Martin, who is portrayed by Jake Thomas.

What adds to the overall strength of this movie is the casting, as Spielberg successfully pulls off the trick of filling each and every supporting role with the perfect actor for the part., from William Hurt as the proprietor of Cybertronics Corps., and David’s creator, Professor Hobby, to Brendan Gleeson (an actor that can play literally any role and who in my opinion is Ireland’s greatest ever acting export) as the Flesh Fair impresario Johnson-Johnson. Each and every voice role is filled with Hollywood royalty from Ben Kingsley as the Narrator, the late great Robin Williams as Dr. Know and the always perfect Meryl Streep  as one of the Specialists.

From start to finish A.I. is a visually stunning and thought-provoking movie with absolutely groundbreaking special effects. Spielberg’s vision of the future, although a little bleak, held hope for something better. Some of the shots looked as though they were pulled straight from the pages of a storybook, which is very fitting for this piece.

Even with all of its qualities this movie is not without its flaws, as Spielberg struggles to fully put his stamp on A.I. because in the background there is still the lingering of Kubrick’s indelible imprint on this project. This is clearly evident as A.I. finds itself switching from Kubrick’s cold clinical touch to Spielberg’s warm heartfelt storytelling—a change that happens swiftly and without notice, causing an imbalance in the movie’s overall tone.

Although a little jarring and with it’s clear imbalance in the shifting of the tones, A.I. still manages to flow beautifully right up until an overlong ending that is a perfect example of the unexpected tonal shifts that reside within this piece.

Even though A.I. is not without its issues I would recommend this movie for sure, as it is a beautifully crafted piece of science fiction art—at its best a clinical neo-noir fairytale, at its worst a mishmash of styles with slightly undercooked characters and story arcs saved by all-round excellent performances.