1995 was my junior year of high school. I was a theater kid, so I was into everything I could possibly get my hands on when it came to honing the craft of being overly dramatic. At 16, who wasn’t overly dramatic? I was always playing out these great stories in my head—what if the substitute teacher was an uncover FBI agent, like someone told me once? When I came across the movie Hackers, a new story formed in my mind. Maybe with some extra help, could I be a hacker? Getting to hang with the Elite and hack my way to blaring Orbital through the hallways of my high school, that would be wicked. Although I never became Zero Cool, I did find an appreciation and a cult love of Hackers.

Rewatching for this article brought many nostalgic moments. I remember this being the first movie I saw Angelina Jolie in. Her portrayal of Kate Libby, the lone girl hacker in the bunch, shows her abilities as an actress and signaled that she would be someone to watch. Jonny Lee Miller is great as Dade Murphy/Zero Cool/Crash Override. He has this nonchalant air to his acting, and definitely the chemistry between him and Angelina—which turned out to be real, as they married in March 1996—was palpable. Crash and Burn may be corny, but you wanted to root for the electricity between them. Rounding out the cast is Matthew Lillard’s Cereal Killer, whom I adore in this movie (“Hack the planet!”), Laurence Mason as Lord Nikon, so named for having a photographic memory, Lorraine Bracco as Margo Wallace, and Fisher Stevens as Eugene “The Plague” Belford. 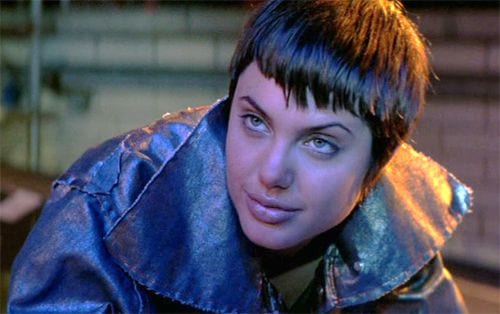 The plot revolves around Wallace and Plague’s plan to use a “worm” as a way to siphon small amounts of cash while using a computer virus to cover their tracks and have hackers take the fall for their scheme. A little-known hacker named Joey, played by a very young Jesse Bradford, hacks into the Gibson, or supercomputer, of Ellingson Mineral and, in a case of wrong place, wrong time, saves one of the garbage files to prove the rest of the hackers that he could be elite. Unfortunately, said garbage file has the worm information that Plague thought he hid well. We meet various hackers who have come into contact with the file, first Joey, then Phantom Phreak (played by Renoly Santiago), and finally Kate and crew. The Secret Service, one of which is connected to Plague, now go on a wild-goose chase to stop the hackers from proving their innocence by hacking back into the Gibson and downloading the complete garbage file and destroying the virus before it has the chance to capsize the entirety of Ellingson’s oil tankers.

Our beloved hackers win in the end, Plague and Margo are captured, and Dade and Kate go out on a date—because of a bet they had made earlier in the movie—and because the guys know he needs the help, they deem Dade the winner. In a cute callback to the beginning of the movie, their date ends in a visit to a rooftop pool, and Dade makes the lights in the windows across from them spell out Crash and Burn. The movie’s end is sealed with their kiss, an underwater montage, and Squeeze’s “Heaven Knows.”

That brings me to the biggest win that Hackers invokes: its soundtrack. One of the first things after seeing this movie in ’95 was going to Record Town/FYE and buying its soundtrack. I adored Prodigy and Orbital already, but to have them on one soundtrack with the likes of Underworld and Urban Dance Squad made it a must-listen. It also sparked up two additional CDs of “music from and inspired by the original motion picture.” It evoked the feeling of the times, fast techno beats with some ambient tones and deep instrumentals. Every time I hear a track—I have several in my Apple arsenal—I’m brought back to the time and most definitely the visuals from Hackers. One strong audio-to-visual cue is the beginning of “Voodoo People” from Prodigy. I can still see Kate, Dade, Nikon, and Cereal Killer rollerblading down 42nd street. Or when I hear “Open Up” by Leftfield, I can see Kate and Dade looking for help from the Elites, Razor, and Blade. A DJ is jamming Stereo MC’s “Connected” when Phreak and Dade come into a party at Kate’s house. So obviously, Hackers knew what it was doing by including these earworms if 25 years later I can place exactly where they are in the movie. 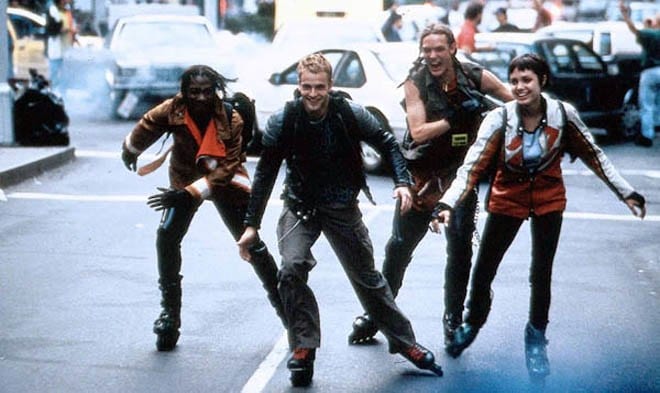 Overall Hackers is a fun, colorful teen-dream dramedy film with one of the best soundtracks of the ’90s. It tells you to “trust your techno lust”—as seen below. It makes you root for this ragtag group of hackers just looking to make a small dent in the wide world of computer coding and algorithms. This one is definitely not one for the garbage file. Long live Hackers. Hack the Planet!