Though an original idea in film certainly helps grow the medium out of the sequel/remake doldrums, not every movie has to break new ground in the way it tells its story. Sometimes traditional, A-B-C storytelling about something interesting and/or truthful can still inspire those who are watching. And inspiration, not innovation, is AppleTV+’s The Banker’s primary goal.

Directed by Goerge Nolfi (The Adjustment Bureau) with considerable confidence (aided, no doubt, by Apple’s limitless checkbook), The Banker aims to not only transport the audience to another time but teach them a lesson as well. The tried-and-true traditional storytelling techniques thus make it more of a fun, expected ride rather than a preachy history lesson. 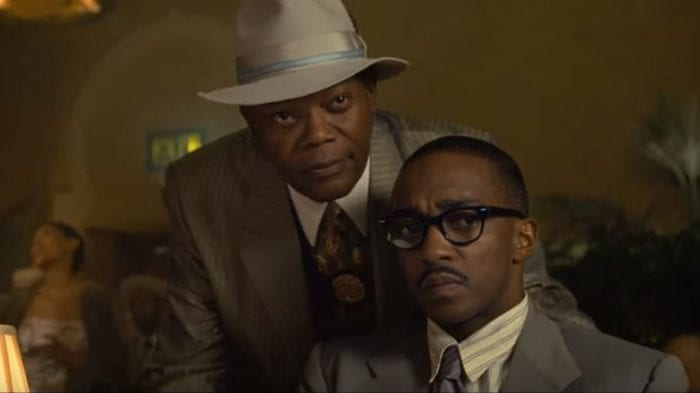 The Banker centers around Bernard Garrett played with stoic seriousness by the usual live-wire Anthony Mackie. Garrett is a mathematical genius with the will and desire to apply said genius to the real estate world. There is only one problem: it’s the 1950s in America and Garrett is black. Even in Los Angeles, away from his rundown, segregated hometown in Texas, Garrett experiences the ingrained racism the United States has to offer. Even in his most brilliant suits and despite his calm, academic demeanor, buying white properties in LA becomes an endless battle.

But after teaming up with the enigmatic Joe Morris (Samuel L Jackson), a successful black businessman who owns dozens of properties, Garrett decides to use white family friend and mathematical novice Matt Steiner (Nicholas Hoult) to be the public figurehead for business deals in LA, with Morris and Garrett acting as silent partners so the white residents of their buildings don’t know any different. It leads to a decade of successful real estate purchases in which Garrett and Morris become co-owners of hundreds of buildings in white-only areas, including the tallest commercial building in LA.

But when Garrett wants to move back to Texas to help the black community acquire property, they realize the only way to successfully infiltrate the much more racist market is to own a bank. Thus Garrett and Morris’ clever scheme of using Steiner as a front for their business dealings takes on new challenges. For real estate is a cinch for Garrett and Morris but what do they know of banking? With everyone from local bigots to the federal government swirling around potential bank deals, Garrett is about to come across the biggest challenge of his life. 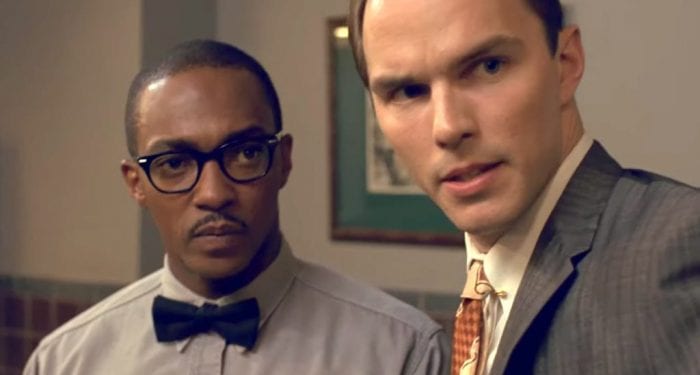 As mentioned before, The Banker doesn’t break any new ground when it comes to presentation. It tells a very straightforward story and allows the cast to do the heavy lifting. Mackie is particularly good playing against type. Most popular as the wise-cracking sidekick to Captain America, Mackie’s somewhat forgotten dramatic chops get a refresher course as his straight man routine carries the film. Garrett’s no-nonsense nature and simmering passion is what gives the film its dramatic core. But it is also his quiet confidence that keeps the film measured; there is no room for melodrama here.

Mackie playing against type allows Samuel L Jackson to be more like himself as the charismatic foil to Garrett. Jackson, now in his 70s, is still as engaging and exciting to watch as ever and his cool guy routine isn’t out of place in this serious drama. Backing up the two leads is the always likable Nicholas Hoult as real estate/banking rookie Steiner and Nia Long as Garrett’s wife Eunice, who stands by her man with pride and fortitude, sometimes steering the action herself.

Effortlessly transporting the audience to ’50s/’60s California and Texas, Apple’s considerable funds allow for the production design and costume design to perform a total transformation of the physical setting. Though their might be a little too much polish to make this feel like a lived-in environment, the seduction of shots of full city streets with period-specific cars and top of the line suits and dresses makes for engaging, if not beautiful, cinema. 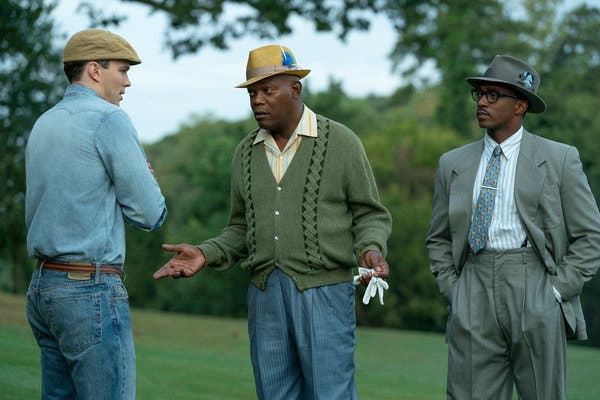 Regardless of how it looks though, The Banker relies on what it says about our culture to carry the day and the film succeeds in speaking truth to power. Not only is the story inspiring for what occurred in the past, but it can serve as an example of how to move forward as well. In today’s society, where tribalism is becoming more and more acute and politics so polarizing, the dehumanization of entire groups can become all too real. The Banker shows that it isn’t the color of our skin or the money in our pockets that drives us but our own internal passion and industriousness. With brainpower and positivity comes results and, as Variety reported, the filmmakers “stand by the film and “its positive message of empowerment”.”

It is that dedication to empowerment that allows superb casting and production design to simply stand as icing on the cake. The Banker looks good but it feels good too. And upon its release, you should go out and watch it.

The Banker will be in select cinemas on March 6th and streaming on AppleTV+ March 20th.