After the preview screening of The Way Back, I talked to a friend about the structure of the film. We both agreed that the movie avoids an exact A-B-C narrative but that it certainly proceeds on a D-E-F course. In other words, it goes out of its way to avoid direct cliches and plot points but doesn’t exactly break its back to tread new ground either, subverting expectations just enough to make the film only partially predictable. Thanks to this D-E-F approach (not to mention an over-revealing trailer), The Way Back’s journey will likely hold no surprises once you sit down with your popcorn and engage.

What has to sell a picture like this is its heart. Audience empathy certainly plays a role but the film is so specific in its pain and anger that one might have to share in its protagonist’s pain themselves to truly feel sympathy. On many different levels, I identified with Ben Affleck’s character in this film and, I wouldn’t be surprised, so did Ben Affleck, whose own inner demons make this cinematic journey seem almost privacy-invading. 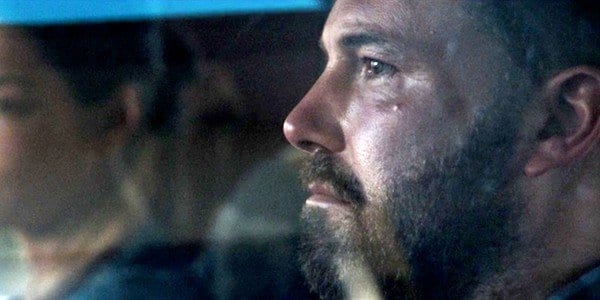 The Way Back tells the story of Jack Cunningham (Affleck), a (barely) functioning alcoholic who works construction by day and drinks himself into a stupor by night. He is separated from his wife (Janina Gavankar) due to an unspecified tragedy that hangs over him like a specter. Jack is angry and alone with no outlet for his silent rage except to drink. What was once something of great pride, his phenomenal skill as a high school basketball player, is decades in the past, his full-ride scholarships torn to shreds and dreams drowned in booze.

But hope is on the horizon. Jack’s high school alma mater calls looking for his services as a basketball coach. The team is full of blowhards, discontented youths, and outcasts and their record is atrocious, but Jack sees light at the end of the tunnel: he can turn them into contenders with just the right push. However, will his addictions overcome his new lot in life and will ghosts from his past prevent him from moving forward?

Director Gavin O’Connor allows the star of his picture to do most of the heavy lifting. The Way Back, while drenched in grey, creating a morose look that certainly depresses the viewer, is light on manipulation. The score is fairly mundane and the camera work rudimentary and simple. There is nothing flashy at play here which benefits the somber nature of the story. Affleck is thus the center of attention and he delivers the goods. There is a tendency for a less experienced actor to overplay the material but Affleck delivers such quiet ambivalence to life that it is easy for anyone to say this could be the best performance of his career. 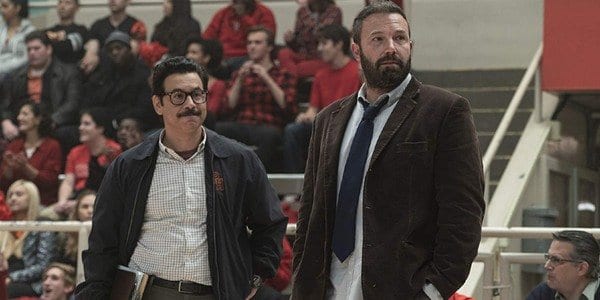 One has to wonder how close to the chest this project was for Affleck. With reports coming out that he recently was told he’d drink himself to death, not to mention his recent failed marriage and former superstar status (Affleck has had quite a few comebacks in his career), one can see Jack Cunningham being renamed Ben Affleck with very few tweaks to the overall story being needed. Affleck more so channels Jack Cunningham than plays him. It feels autobiographical and personal and that can be felt in the honesty of the performance.

Thus on a technical/acting level, Affleck is worth the price of admission alone, especially since many of his costars are given far less to work with. However, for the more emotional viewer, his character is extremely unlikable and despite later attempts to humanize him, he may be beyond saving to much of the audience. That is why your mileage may vary when connecting with the material. The goal of the film is simple: find a way back to salvation for a lost hero. Whether you want to follow that hero, or if you even see him as a hero, becomes the main question.

On a personal level, I have dealt with a lot of the same inner demons Affleck/Cunningham has so I found myself more sympathetic to his plight. However, even in my own screening, others were in disgust with where Cunningham comes from and where he was going. I could see that even if the plot delivers salvation, many were not ready to take that journey with someone so far gone. And this isn’t a fault of the movie: it strives to portray an honest situation with an honest performance. But many may wonder, “what’s the point”?

Regardless of how you might feel about the film, The Way Back is worth looking into. If a movie makes you feel something, even distaste, it is doing something right in making you actually feel. And, in the end, you may end up finding a kindred spirit and a celebrated road to redemption.