I have to believe that the vacation isn’t over. It can’t be. Sure, I didn’t just finish The Touryst, I completed it, but it wasn’t a Herculean task. I don’t often complete games, usually because most games tack on tedious, time-filling bits of busy work to make you earn that completion rating, but The Touryst is a relatively short game. According to the in-game statistician you can talk to via a phone booth, I logged a little over 10 hours playing this game, but I easily could’ve done it in fewer hours if I focused.

There are just too many dangling threads left when the game ends for me to believe this is it for our beloved Tourist. I don’t just mean the way the story ends (which I won’t spoil), although a sequel is teased. 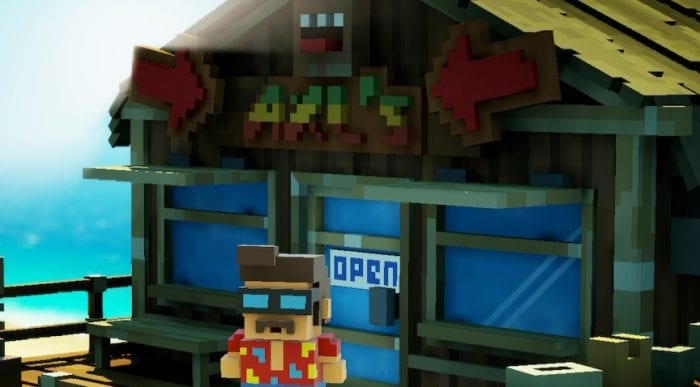 Plus, for a title that is a collection of fun mini-games, it has an interesting lore that you barely scratch the surface of. Sure, you have the Monuseum where you can observe—and even help collect—various artifacts, but the story keeps its big secrets at arms length. You get an idea of what is happening, but the monuments and sentinels are given a fairly vague origin.

I can say that I know why the game is called The TourYST, but again, that’s heavy spoiler territory, so I won’t tell you. The fun in this game is all about the exploration. There are eight islands, and four monuments for you to explore. That’s the “main story” path, but if you think you can simply do the monument sections, which are a fun and often just-frustrating-enough sections of puzzles and platforming, you’ll be met with a plot contrivance that makes you do almost all of those fun mini-game tasks on your literal To-Do list.

The good news is The Touryst is a series of fun side quests, that are as important to your progress as the four main areas. This isn’t a Borderlands side quest that sends you off wandering from point A to point B to collect something. Several of the side quests are easy. Some require using a new skill. Some require your camera. Some require playing retro video games in order to get the high score (this one—surprisingly—is not easy). And again, much like the machine outside of Axl’s, there is one machine in the arcade that is conspicuously out of order, leading me to believe that it too will one day be playable.

As The Touryst sprinted confidently towards the midway point, I could sense a shift coming. The maximum total number of islands seemed to approaching. I had three monument cores with one remaining. I saved my game after visiting the Old Tourist and upon exiting the game I was told I had completed 51% of the game. With the near-entirety of the game map already exposed, I began to wonder what the second half of this game might hold.

No, this is not the home of mercurial singer-songwriter, Sia. This clifftop facility does however have the Helipad, where the chopper pilot was ready to go somewhere just as soon as you got him coordinates. Would that final map you’ve been piecing together have coordinates? We were gonna find out. Just as soon as I won that dang surfing contest.

Yes, The Touryst has some great mini games, and it also has a few that had me half-jokingly yelling at the TV. Some of the best were the arcade games, which were maddeningly difficult at times, but fair and beatable. Some of the worst included the canoeing trial, simply because the controls are so finicky, and the rhythm based drumming game, which I just could not figure out until I finally lucked into completing.

Some of the tasks were made simple by the fact characters text often had keywords emphasized in that way Zelda games tell you what to do in that “Hey, dummy!” sort of way. Other times, the task was a little less obvious, requiring you not only to talk to people, but to pay attention to what they said.

The music store on Leysure Island is where you can buy music to complete a side quest objective, but it also holds one of the coolest Easter eggs I found. The wall behind the music features pixel art of album covers, and I have to assume they’re all based on real albums. I was able to spot Nirvana’s Nevermind, Radiohead’s The Bends, some Queen, and Rage Against the Machine.

The Touryst was a joy to play. It runs at a silky smooth 60 FPS, has gorgeous light effects, and infectious music by Bjulin. I loved the end credits tune so much I recorded it. I could’ve talked at length about this game, but it’s a 10 hour experience you should have without knowing too much about ahead of time. It’s a unique gaming experience that seemingly only happens on the Nintendo Switch. 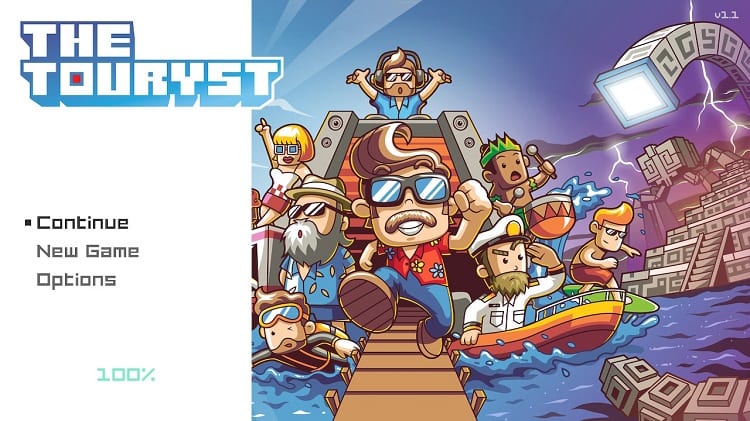