This is the inaugural edition of We’re Just Playing… where staff here at 25YL discuss what games they’re into this week. The games can be new, old classics, obscure indies, mobile games, whatever. Let’s see what the crew is playing this week!

I have a hard time committing long term to a game. I just do. I have commitment issues. So when a game sucks me in, it’s usually because it has the ability to fully envelope me into it’s world. From the moment you start up Ori and the Blind Forest: Definitive Edition on the Nintendo Switch, you are lost in its iridescent world. It would be accurate, yet still reductive, to call the once-Xbox-exclusive title a…wait for it…Metroidvania-style game. Sure, the pacing, structure, map system and move-sets are all familiar to the genre, but the gorgeous visuals and heartbreaking story gut-punch you from the start in a way few games (perhaps Hollow Knight) of the genre ever do.

I also downloaded the original Doom from the Nintendo eShop and it’s been pretty fun trying to see if I still remember where all the secrets are hidden. Plus, the controls are excellent. I didn’t purchase 2 or 3 because I wanted to make sure the control scheme wasn’t bungled on Switch, and now that I know the game controls great, I’ll probably scoop them up too.

Finally, I picked up Goblin Sword, the self-proclaimed “retro-inspired action platformer with light RPG elements,” due mostly to the title screen art giving off heavy Dragon Quest vibes. The given description is apt, and the game is actually quite fun. It recently arrived on the Nintendo eShop, and I believe it was actually on sale upon release (usually a potential red flag). It presents itself as your standard low-budget Switch game, but it ramps up the challenge relatively early in the campaign, and is proving to be my quick-fix go-to Switch game as of late.

Hi, everyone. Lately I’ve been bouncing between two games. Or rather, a game, and a game collection.

First, I’ve been slowly making my way through Yakuza 0. I’ve heard about the series for quite a while now, and I know that it’s something of a cult classic here in the states and, being a little less than halfway through, it’s easy to see why. The game somehow delivers a hard-hitting crime story of honor and blood ties, while also delivering an absolutely stupid amount of side stuff to do. And it is so, so easy to get stuck just completing side missions and playing mini games for money. I’m going to be writing about this game in another article later this month, so keep an eye out for it. For right now, it’s an engrossing, thoroughly entertaining and silly/serious open world crime game that is very tough for me to pry myself away from.

The game collection I’ve been perusing is Mega Man X Legacy Collection 1. This collects the first four games in the Mega Man X series, which I’ve been told from numerous people are the best entries (although I’ve also been told that 5 gets held hostage by the second half of the collection, which collects parts 5 through 8). Regardless, I never played these games as a kid for a variety of reasons, chief among them being their reputation for being hard as nails. And they definitely live up to that, although, like all games in the main series, each boss is weak to a specific weapon you can obtain from beating other bosses, meaning strategic level selection is key to success. They’re enjoyable games for sure, and the ability to play at a lower difficulty is a God send for someone with as little patience as me. As of the time of this writing, I’m at the final stretch of the third game, and it’s easy to see why it’s such a beloved series, although I do think there are times where the level design veers off into cheap territory. Regardless, I’m enjoying my time playing these action classics.

As a resident lapsed gamer, I’ve been playing catch up for a while. I’ve been playing Zelda: Breath of the Wild on the Switch. Generally, I’m not an open world gamer, and this edition of Zelda took me a bit to get into, but I’m thoroughly enjoying the attention to detail in the immersive world.

On the Sony side, I’m still rocking my Vita and PS4. I have been hooked on Bloodstained: Ritual of the Night. The 2D Metroidvania genre will always have a special place in my heart. This game has numerous nods to the past while being its own entity. Still debating whether I want to go for the platinum trophy. I generally avoid the 100% grind unless I really love the game, or the platinum is manageable. I love this game, but the platinum is quite the grind.

On my work commute, I’ve been playing the indie darling Fez. This game has been on my radar since watching the documentary Indie Game: The Movie. The gameplay is about what I expected but I’ve been blown away by the ethereal 8-bit soundtrack. Rarely am I playing 3 games at once that I enjoy to this degree.

Finally, an excuse to talk about my favorite dating simulator, Stardew Valley! Sure, it’s more so a farming based RPG, but it doesn’t have to be. Yes, you could easily spend your time farming to get rich, and rebuild the land left to you in your grandfather’s will. Or you could treat it as a harrowing rogue-like dungeon crawler, delving deep into the mines, slaying monsters of all sorts to get loot-based rewards. Or, like I said, a dating simulator, getting to know everyone in town and buying the affection of hot singles in your area! You can play however you want, and if you change your mind, tomorrow is always a new day. That freedom is the secret to the valley. 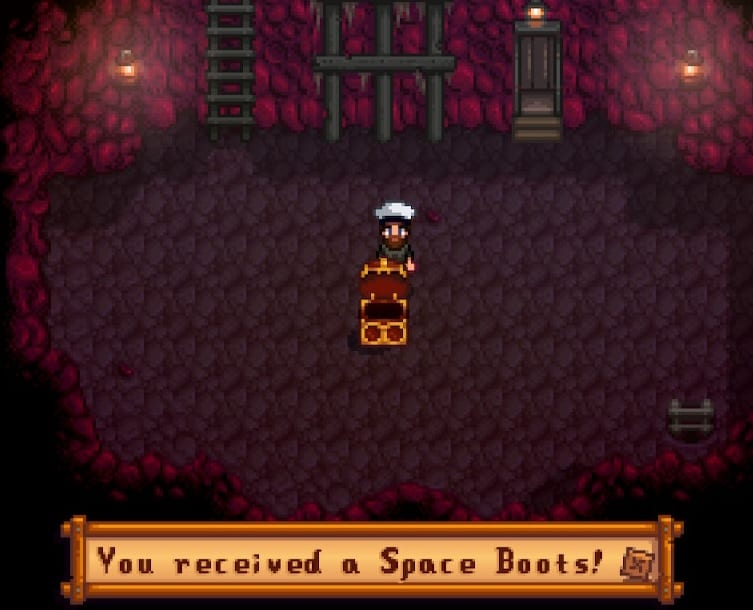 The game starts up, and the first thing you hear are the sounds of nature. The first few notes of the title screen track soon follow. Before you’ve done anything, your ears and mind are filled with a sense of peace, relaxation, escapism. This escapism combined with the versatility is what draws me to certain games. I am perfectly OK with being given a goal, but if I’m able to reach that goal anyway I want? I’m in. Giving me options is the best way to get me immersed.

I spend all my time, being the crippling people-pleaser that I am, striving to make the townspeople happy. There are dozens of characters, all with their individual personalities and tastes. They each have their own story to be told. This is where I learned how much care was put into Stardew. Every villager you come across (the datable ones, those already spoken for, or otherwise off the market) feel like a real person. They all have their habits, and their guards are up to you initially, but are all willing to let those guards down as you get to know them better. And you know what’s great? Nobody’s perfect! With the exception of Emily, of course.

The mayor may be having a secret fling, the blacksmith has trouble expressing his feelings, the local jock struggles with insecurities about his future, the town scientist is ready to move on, but is worried about leaving her parents behind, and her emo brother spends more time getting invested in games and his other interests than he does socializing with anyone…hey wait! Stardew Valley gives back as much as you put into it. It becomes such a cozy slice of life if you’ll let it. The game washes away all of the day’s stresses and tomorrow’s anxieties, replacing them with a pleasant vibe and solace in enjoying the little things that make life. Stardew Valley offers so much more than I’ve gone into here, and maybe you’ll try it out to find your own way of playing. Now if you’ll excuse me, I need to go pet my dog for the day so I can be a good farmer.

At the beginning of the year I set myself the goal of playing through some of the Playstation 3’s greatest hits. I’ve been a Nintendo-focused gamer for the last decade, and as such I’d been willfully ignoring the PS3’s critically acclaimed library. It was time to see what I’d been missing out on. With Metal Gear Solid 4 and Uncharted already ticked off, I’m now playing, arguably the most revered game on the system: The Last of Us. Or at least, I should be. Well, I am…sort of…I just keep finding excuses not to.

Don’t get me wrong, I can see why the game was so well reviewed. The characters, the setting, the acting; it’s all far beyond anything I’ve seen in game before. To be honest though, I’m just not enjoying it. I’ve never cared much for the Hollywoodization of modern AAA games. When people try to sell me on a game because of the acting, they might as well be trying to sell me on a band because of their haircuts. I like my video games to be video-gamey—warts and all. I think I would enjoy The Last of Us a lot more if I was watching it rather than playing it. At 7 hours in, I’m certainly intrigued enough to see how it all plays out, but I’m finding the gameplay a slog. It’s repetitive, formulaic and painfully bland. “Quick Joel, come and press triangle on this thing!” Cue two-minutes of action followed by ten-minutes of looking through cupboards. Now, walk slowly and listen to dialogue for a bit.

Thankfully the wonderful world of gaming is a gloriously diverse place and I’ve been able to get my fix elsewhere. This week I picked up three games from the Nintendo Switch eShop. Heaven Dust which is a charming ode to 90s Resident Evil. Ganbare! Super Strikers which is a colourful, turn-based football (soccer) game. And lastly, Doom 3 which is…well, it’s Doom 3. Quite a mix I know. They all have one thing in common though; they’re all unashamedly video-gamey, and I love them for it.