The key moments of High Maintenance S4E6 “Adelante” center on the experience of taking a car, particularly through ridesharing apps like Lyft and Uber. We enter into an odd space when we do this, at the whims of the driver, and perhaps the other passengers. It’s certainly worth exploring as a social phenomenon.

You never know what you’re going to get when you get into one of these vehicles. Will the driver want to talk to you, or be busy talking on a cellphone to someone in a language you don’t understand?

I’ve never really wanted to talk to them, anyway, personally, except maybe about where we are going, but sometimes they force it on you. And with some of these ridesharing services, you expose yourself even more to who knows what.

At its best, this opens you up to an experience with humanity. It opens you up to the strange, and the unexpected. And that can be thrilling, or at least interesting. At its worst, well…High Maintenance S4E6 doesn’t really explore that, though it does start with an awkward situation.

My Sister Was a Fat Person

High Maintenance S4E6 opens with Lainey (Heléne Yorke) getting into a car that Max (Max Jenkins) is already in. You might remember them from the very first episode of the series on HBO, or even the web series. The last time we saw them was in “Meth(od),” where Max  pretended to be an addict. Ultimately, there, Lainey called him out at a meeting he was attending, but by the end of the episode they seemed to have reconciled.

It is clear that something has happened since, which isn’t much of a surprise given the events of “Meth(od)” and their relationship as a whole. High Maintenance might tend to only give us small glimpses into the lives of its characters, but it was never hard to see something problematic at the core of the relationship between Lainey and Max.

So this is an awkward event as they run into one another in a rideshare after who knows how long (it seems to have been some time). Max doesn’t really seem to be his former flamboyant self in general. We can only wonder why at that level. He seems to have become a Hare Krishna, but why? Regardless, it certainly makes sense that his interaction with Lainey here is strained. She manages ultimately to get a laugh out of him with “Was she a great big fat person?” but that’s more in response to the driver’s comment about his sister after a protracted silence. And though he responds, after she says she’s sorry, with “Would you f*ck me? I’d f*ck me” and they share a laugh, the ice is not really broken. Silence of the Lambs references don’t do the trick, as he is quickly back to a serious face as he tells the driver to drop him anywhere. Lainey’s apology isn’t even acknowledged. 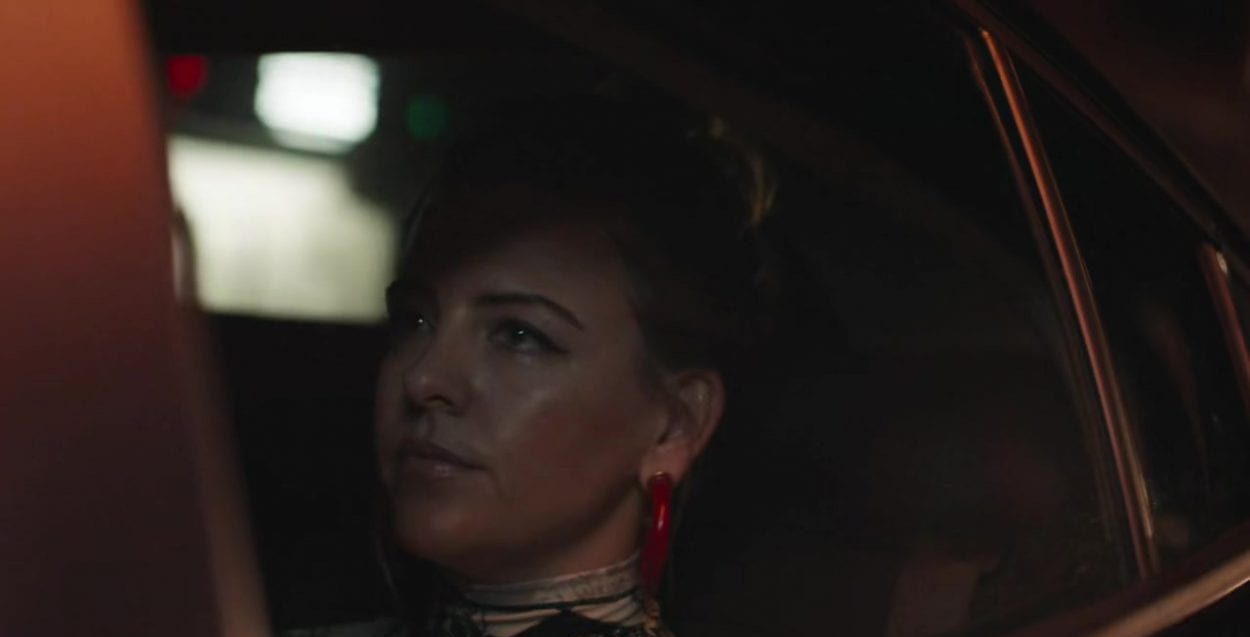 It is an odd thing to run into a former friend. It is almost worse than running into an ex, particularly when it is someone who was once along the lines of a best friend. It’s clear that Max and Lainey didn’t just grow apart. There was a falling out, and probably a betrayal or two. Or, rather, there certainly was because we’ve already seen that between them in the past even if it didn’t destroy their relationship immediately.

Romance is always tenuous in a way we’re aware of. Friendship is meaningfully deeper. It’s possible to remain friends with an ex, for example, whether that’s the best idea or not. It’s at least possible to remain friendly. Or things could get worse than that. But this is my point, the worse than that is what is on the level of what has occurred between Lainey and Max. It’s when someone is not just and ex-boyfriend or an ex-girlfriend, but an ex-friend.

The Guy takes a Lyft where the people in the backseat are trying to help a visually-impaired man named Boris hang a picture on the wall using the Be My Eyes app. This is a real thing, which I was not aware of, but it is pretty cool to think about people volunteering to help one another in ways like this. It’s on the positive side of technological development. (Whether ridesharing is as well is more debatable.)

Unfortunately, the phone dies and so we’ll never know if Boris managed to get that picture centered on his wall. But this all leads the Lyft driver, Piotr (Valeriy Zhmud), to tell a story about seeing braille on the buttons at a drive-thru bank. He wonders how this works, since to drive you must have vision. But The Guy points out that the blind person could be in the backseat. Piotr hadn’t thought about the fact that they could have a driver, or, you know, hire a Lyft.

Everyone in the car has a good laugh, but it is worth taking a moment to think about why. Piotr’s confusion is, at least to some degree, understandable. But he hadn’t thought things through. This is something we’re all potentially susceptible to. We might at times need others to point out the obvious. And that’s funny. But it also gets to the way in which people often don’t think of the experience of the visually-impaired. It is easy to imagine someone being equally confused, for example, about how they use the internet and thinking about such things is important in terms of how websites are designed.

The Guy is on the way to deliver pot to Minnie (Yadira Guevara-Prip). I’m not sure why he isn’t using his bicycle. Regardless, Minnie has been left to attend to Marco (Manuel Cabrero) while her mother Nora (Eliza Ramos) is out to dinner with Peter (John Ellison Conlee). It’s not entirely clear what is wrong with Marco, but it is clear that he is suffering from something. It’s not an easy situation for any of them.

Nora works as a dental assistant, and we first meet her attending to Peter in the office. He asks her out and she says, “no.” She’s married to Marco, after all, though she doesn’t tell Peter that. It seems that she ultimately takes him up on his offer just to get out of the day to day of it all a bit. The poor guy never had a real chance.

She cuts their date short when Minnie calls because Marco is acting up, and heads home. This leads to the third ride that defines High Maintenance S4E6.

After she says whatever kind of music he likes would be fine, Nora’s driver makes his own kind of music with a recorder and a tambourine. And as much as she also wants him to drive with both hands on the wheel (as opposed to using the “knee technique”), it is clear that she gets into the whole thing. He is an amiable, if strange, guy with his offerings of toothbrushes and the like in the backseat. Then when he drops her off her asks whether he can buy her panties. But he’s really nice about it.

It’s this kind of oddness that might await you any time you get into an Uber, or even a cab. It’s just Nora and the driver here, after all. There’s something charming about it. This is the quirk that one can feel only happens in New York, or at least doesn’t feel out of place here. Because New Yorkers will roll with this stuff, as Nora does. I don’t know if that would be the case in other parts of the country. Perhaps it would be. Anyway, it would seem that Nora does indeed sell him her panties. Because why not?

High Maintenance S4E6 ends with Nora coming home and telling Marco about her evening. She asks him if he remembers when they would go dancing, and tells him about how Peter wouldn’t shut up. She sort of liked it, though—not him, but the experience of going out. And she laughs telling him how she sold her driver her panties.

Adelante means forward, or onwards. It is in this sense that it gets to the theme of the episode. Nora and Minnie must persist in the face of the difficulties they face with Marco. Lainey has to push on even though her relationship with Max has been irreparably destroyed. And Max it would seem has moved forward. As the credits roll, he dances with his Hare Krishna friends. Whatever led him to this place in his life exactly, it would seem he has moved beyond the pain that was apparent in “Meth(od).” Perhaps it is the same thing that led him to attend those meetings where he faked addiction, but inflected in a more positive direction. Regardless, it’s good to see him happy.