Literature has been peppered with great opening lines, one of them being, “Last night, I dreamt I went to Manderley,” from Daphne du Maurier’s novel, Rebecca. A film adaptation by Alfred Hitchcock followed, his second du Maurier adaptation after 1939’s Jamaica Inn. Rebecca is an early triumph for Hitchcock and does great justice to Du Maurier’s novel by remaining true to the source material. The film centers on the life of a woman who is only known as “The Second Mrs. de Winter,” played by Joan Fontaine. She meets and marries the wealthy, socially reclusive Maxim de Winter (Laurence Olivier) while working as a travel companion for Mrs. Edythe Van Hopper (Florence Bates), a wealthy socialite, on a trip to Monte Carlo. After the trip, she begins to understand how wealthy Maxim is when she returns with him to his home, Manderley. 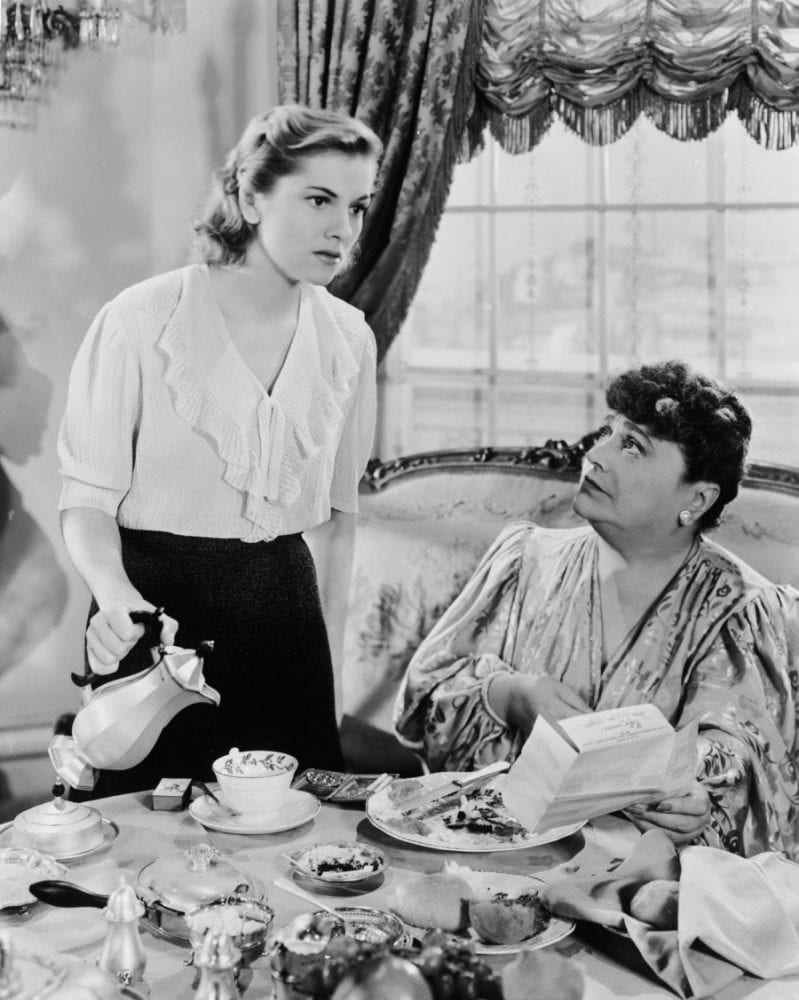 A more modern film that bears slight relation to this introduction of the lead characters would be Crazy Rich Asians, since in that film Rachel doesn’t understand how wealthy her boyfriend Nicholas really is. In Rebecca, the second Mrs. de Winter is introduced to the household staff of Manderley, particularly Mrs. Danvers (Judith Anderson). Mrs. Danvers was especially fond of Rebecca and shows an instant dislike towards Maxim’s new wife. His new wife begins to get the idea that Maxim was madly in love with his first wife, since she was so well-liked and is remembered fondly by many. Rebecca was known for lavish parties and being the proper high-society wife that Maxim deserved. One important element here is the relevance of The Second Mrs. de Winter’s name, which is never mentioned. Throughout the film, she slowly finds herself trapped in the shadow of his first wife, Rebecca de Winter. Maxim’s new wife’s name is one of those things which cannot compare to that of Maxim’s first wife.

Even though Rebecca is dead, The Second Mrs. de Winter is left to marvel and hear tales of the lavish lifestyle that Maxim led with Rebecca. Hitchcock makes this more of a plot element through his later work, Psycho. Just as Norman Bates held onto Mrs. Bates through a split personality, Mrs. Danvers eyes Maxim’s second wife as being the only way she can keep Rebecca’s essence around. At one point in the film, the Second Mrs. de Winter plans an annual costume party, where Mrs. Danvers insists she dresses in a costume that Rebecca once wore. Despite thinking this would be something to please Maxim, he is angered by it. Maxim then reveals he despised Rebecca, since it was a marriage of social convenience. This does not, however, change Mrs. Danvers’ opinion of Rebecca. 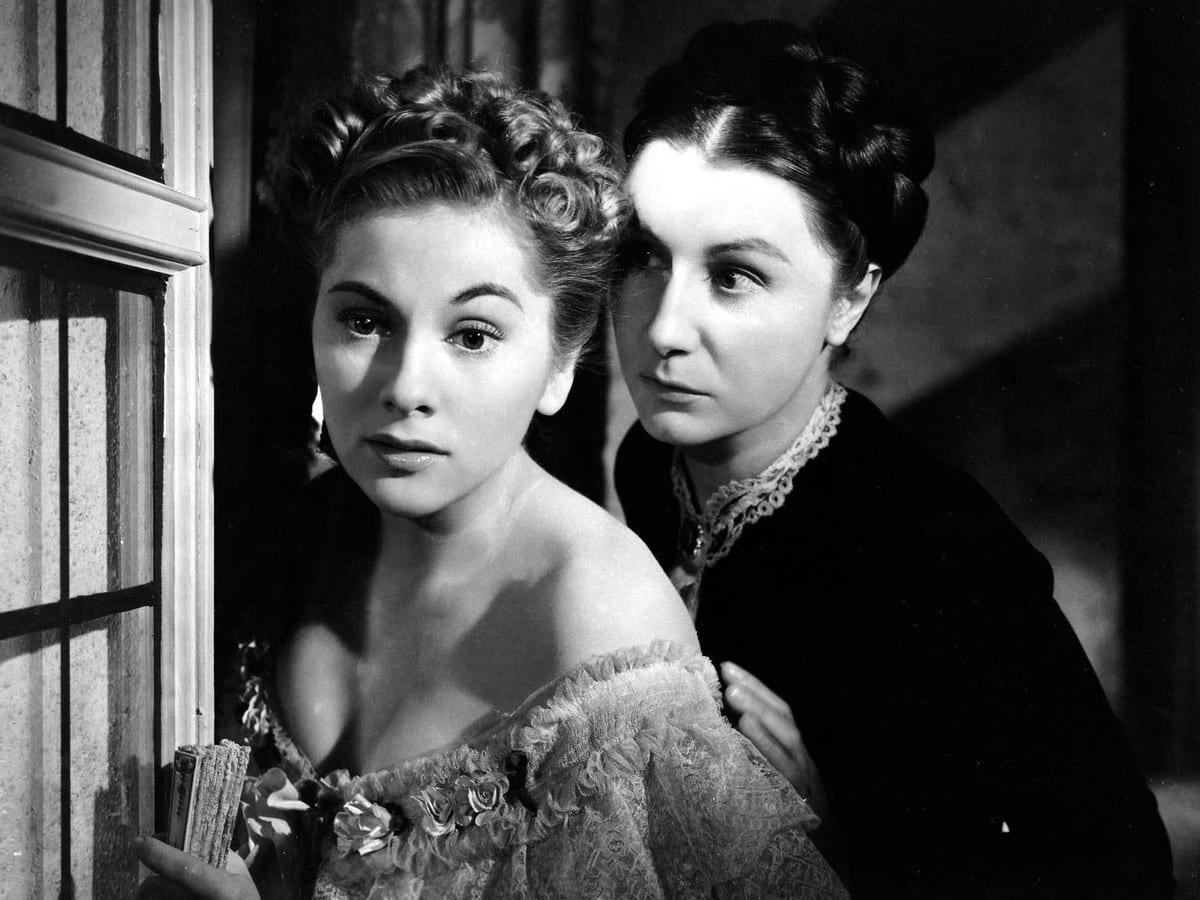 Mrs. Danvers takes on a more sinister presence than the memories of Rebecca as the film goes on. She remains dedicated to preserving Rebecca’s memory and tries very hard to separate Max and his newest wife. In one scene where Mrs. Danvers is “consoling” the Second Mrs. de Winter, the house transforms and becomes a means to an end. Since the lifestyle of Maxim de Winter has already taken one life, it can take another one. Mrs. Danvers says, “Why don’t you go? Why don’t you leave Manderley? He doesn’t need you… he’s got his memories. He doesn’t love you, he wants to be alone again with her. You’ve nothing to stay for. You’ve nothing to live for really, have you?”

Rebecca comes to a climax when it is revealed after the costume ball that Rebecca flaunted numerous affairs to Maxim. She had no intention of keeping her wedding vows, but would just play the part of high-society wife. However, when she became pregnant by another man, it proved to be the final straw. Maxim claims that during a heated argument, she hit her head on a rock and died. However, he scuttled Rebecca’s boat away with her body on board, instead claiming another body as his first wife’s. Though Maxim is briefly suspected of murder, he is cleared when an autopsy reveals she was dying of a terminal illness. The film concludes with a now delirious Mrs. Danvers setting Manderley on fire and committing suicide by not escaping. The movie concludes with an embroidered letter “R” going up in flames.

Unlike some of Hitchcock’s later works, this movie is a perfect piece of thriller cinema and shows how Hitchcock commands the narrative he is working on. Even though Hitchcock showed a brutal murder through the Psycho shower scene, he always relied on suspense and plot twists to carry his stories. Though this is based on existing literature, like Psycho, he created a film that stays loyal to the source material quite well. One Hitchcock trademark that is prevalent in this film is the addition of revelatory details as the movie continues. In many of his movies, Hitchcock controls his narrative by not introducing key details about his characters during the film’s introduction. Throughout Rebecca, much of the film’s suspense comes from the details that he introduces as time goes on.

The film starts with the two primary characters being married without learning much about each other, except that they’re in love. The only thing viewers know about Maxim is that he was previously married, but we are slightly led to believe he is suicidal. There is a shot in which Maxim meets his unnamed second wife, where he is staring at the ocean crashing against a cliff. A replica of this shot can be found in the 1945 film noir Mildred Pierce, when the lead character considers jumping into the ocean from a pier. 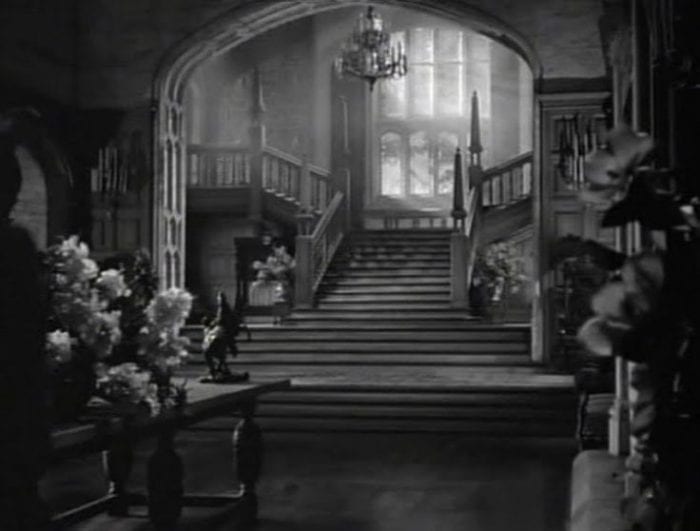 Other key details missing are those pertaining to Rebecca herself. As far as many people knew, she and Maxim were an idealistic couple. However, Maxim’s revelations reveal her true, dark nature. This gloomy shadow remains over Maxim and the Second Mrs. de Winter. Another elemental part of the film is Hitchcock’s portrayal of Maxim’s estate. Manderley holds the new Mrs. de Winter hostage in her own life as she slowly takes on the role of the doting wife. Even though she married Max out of love, the house seems to have a life of its own that forces itself on her. Perhaps it is the spirit of Rebecca looking to seek revenge on Maxim.

Going back to the omission of details which keeps viewers on the edge of their seat, the opening of the film, rather than center itself on giving the viewer a clue as to who Rebecca might have been, instead centers directly on the house and the mysterious forces that surround it, much like the film Wuthering Heights. The film opens on what appears to be the ruins of an old castle, and in a voice-over, the Second Mrs. de Winter says, “Last night I dreamt I went to Manderley again.” The way Fontaine says those immortal words questions the kind of memories associated with the house. She makes viewers wonder if the Second Mrs. de Winter questions the life she led there and what was supposed to happen.

Finally, there is the hair-raising conclusion of the movie. Since the movie was made in 1940, the ending seems eerily familiar to 1941’s Citizen Kane, which is considered one of the greatest of all time. The ending to Rebecca showing the burning “R” looks like a similar shot to that of the iconic Rosebud sled burning in the fireplace of Kane’s Xanadu estate. Hitchcock’s films and style of filming have been preserved in the memory, with many people using his films as an inspiration for a new wave of directing and taking command over the medium of film. Though his well-thought-out shots and camera angles are remembered by many, his plots and script structures could have been altered to make the dialogue give more depth and detail to his characters. However, the missing details/dialogue leave moviegoers fascinated with the motivation of his characters, particularly those in Rebecca. 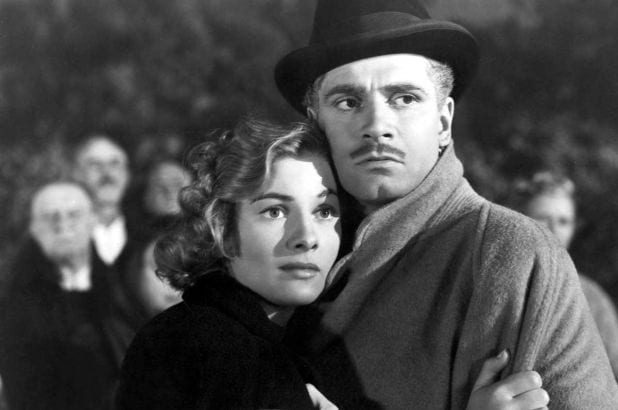