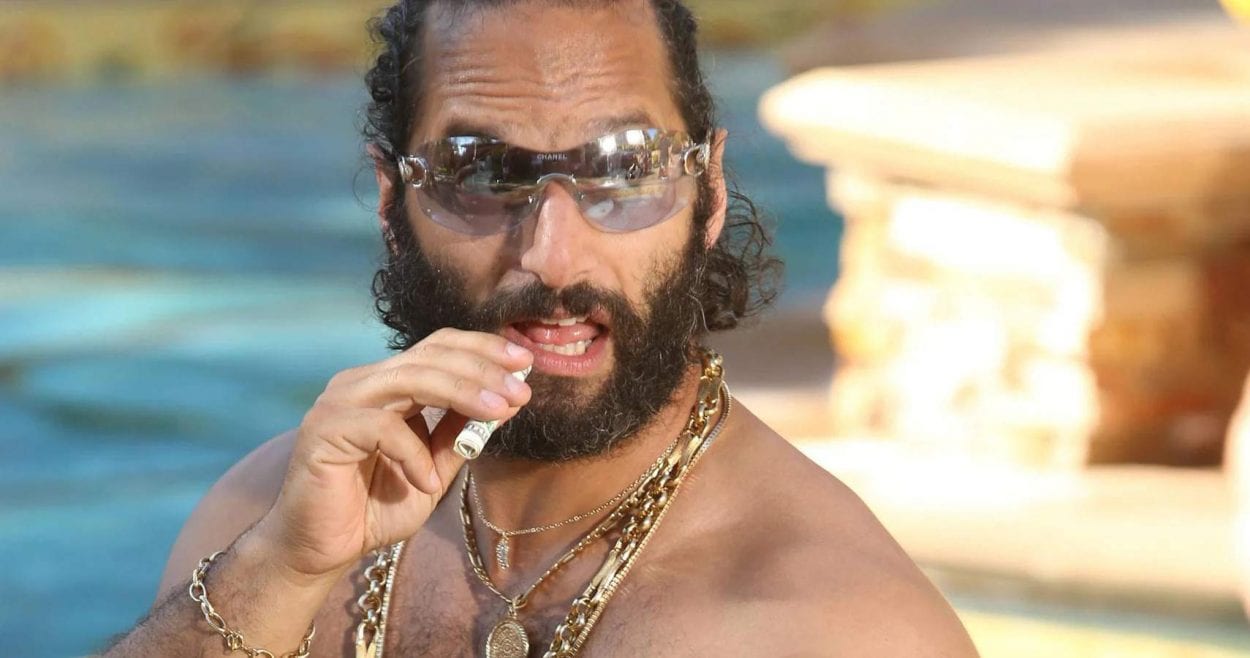 Yeah, that is my knee-jerk reaction—to lie. I’m just more comfortable swimming in those waters.
– Ruxin.

I should premise this for all the non-sport people to say, “Me too.” I don’t watch sport, except for the occasional match in the World Cup (soccer, for you Americans out there). I don’t play sport, I don’t enjoy talking about sport, and I don’t really understand people who spend so much of their time watching balls of various kinds being moved around. Beyond that, the entire notion of fantasy leagues seems like such an odd past-time that I can only assume those who partake in it are somehow deranged (Apologies to our esteemed Editor-in-Chief).

However, for anyone who has ignored The League for these reasons, fear not, because it matters not at all if you don’t like sport or care about fantasy football. These things are surprisingly unimportant to finding this show endlessly hilarious even if some of the content may go over your head. I watched all seven seasons of The League and I still don’t know what a “waiver wire” is, despite it cropping up constantly in the show. It’s not crucial to the humour, and whilst a variety of the scenarios are based around football, and a number of professional players pop up as guest stars, you don’t need to know who they are other than “a famous football player” to get the jokes.

Most of the humour is focused on the rivalries between the group of friends who play in the League, trying to win the Shiva cup every year, which is named after a girl who one of the players lost their virginity to and who has been elevated to mythical goddess-like status as part of their League. The friends themselves are scripted and cast in such a way that you really believe that this is a group of friends who’ve grown up together and have kept their childhood roles and personalities within the group. This is to the eternal dismay of Andre (played with comedic genius by Paul Scheer), a nerdy but successful plastic surgeon who desperately wants to be cool and hip, but is used as the butt of the group’s jokes and is generally abused horribly. There are a couple of other big names among the group: Mark Duplass and Nick Kroll, but the semi-regular appearances of Rafi (the brother of Kroll’s character Ruxin) are played with such convincing insanity by Jason Mantzoukas that he steals the show every time.

A lot of the success of The League comes from its semi-improvised nature. The cast were encouraged to improvise during scenes and there are some very skilled comedians in the group, so as well as ramping up the funny it adds to the sense of this being a group of friends sitting around being awful to each other and it kind of feels like you’re part of it, for better or worse, which is why it makes a great comfort watch when we can’t sit around bantering with our own friends.

There 84 half-hour episodes of The League and you can watch on Hulu in the US, but it is currently only available to rent or buy digitally outside the US.