The second chapter in our series focused on women directors covers quite possibly the best film from one of the most recognizable directors: Kathryn Bigelow’s The Hurt Locker. This deep dive of a war film was unlike any other war movie people had seen. Its pseudo-documentary style gives viewers a look into the actual rigors of a bomb-squad in Iraq, while also going deeper than any actual documentary ever could have gone. At the same time, Bigelow gives us some fantastic character development as well as tying it into the plot in such a way that feels so organic it’s almost hard to believe it is fiction. This is also the film that made Bigelow the first-ever female to win Best Director at the Oscars, and boy did she deserve it.

The Hurt Locker is unlike most other war films you see on the big screen. Movies like Saving Private Ryan and Hacksaw Ridge do a fantastic job of dramatizing specific moments of war, and other movies like American Sniper and Lone Survivor give us great looks into war in the modern era, but none of them explore it quite the way that Bigelow does in The Hurt Locker. The only film I can think of that even comes close to the exploration of the psyche that Bigelow gives us is Kubrick’s Full Metal Jacket. Both of these films show us the toll that war can take on a soldier’s mind, and it is a fantastic theme to be swept into a film. 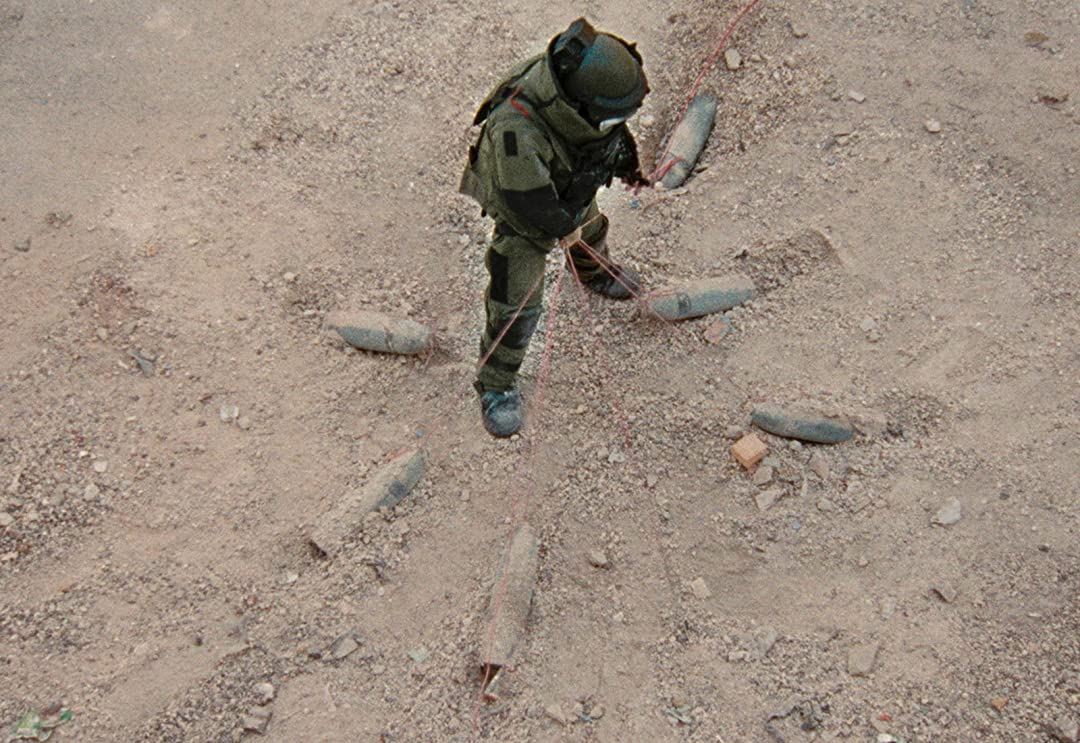 The Hurt Locker stars Jeremy Renner, Anthony Mackie, and Brian Geraghty as a three-man Explosive Ordnance Disposal (EOD) team. Their jobs are to investigate locations for possible bombs and other IEDs left around, intentionally or otherwise. Renner’s character, Sergeant First Class William James is the man in the big bomb suit. He is the one that actually walks up to the explosives and has to deactivate it. He works with Sergeant J. T. Sanborn (Mackie) and Specialist Owen Eldridge (Geraghty). The three of them face numerous missions in a number of different ways, giving viewers a taste of multiple different ways things can go wrong.

As mentioned before, the film is a pseudo-documentary. While the story is based on writer Mark Boal’s time with a bomb squad in 2004, the specifics of the film are complete fiction. That being said, Bigelow portrays them in such a way that makes them feel much more real than any other war film. The camera takes viewers into the Humvee and onto the ground with the other soldiers. Along the way, we get to see a number of bomb deactivations, firefights, and other altercations. Not only all that, but this film also shows the mental struggles that each of the three soldiers has to put up throughout the film. 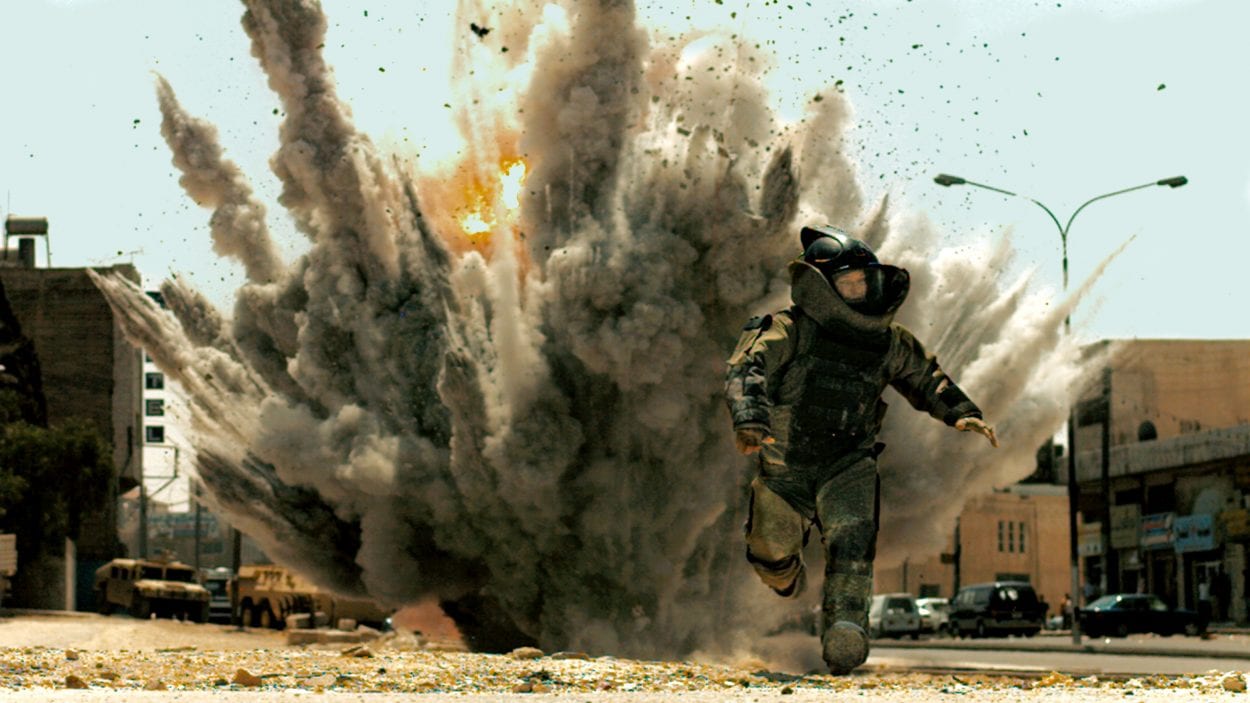 The Hurt Locker shows us three different ways that war takes its toll on a person. First is through the eyes of Specialist Owen Eldridge. His character is portrayed as a younger, newer soldier that is still very much unsure of things. That is not to say he is not up to the task but is not quite as hardened as his fellow team members. Eldridge is a good soldier; he does what his superiors tell him to, and he does it well. But all along, it is obvious he struggles with the mental rigors of war. He sees the base’s doctor on a regular basis for conversation and therapy, but it does not seem to be working. At one point in the film, the doctor comes with the team on a mission and ends up dying, which Eldridge proceeds to struggle with for the rest of the film. Eldridge is sent home after being shot in the line of duty, and is furious with main character Sergeant James, as it was seen as his fault for the incident happening.

The second look into a soldier’s mind is through the eyes of Sergeant J. T. Sandborn. Sandborn is a much more experienced soldier than Eldridge, and thus has a better handle on the events that occur throughout the film. He does his job well and is able to handle any task that is put in front of him. Sandborn likes to do things by the book, as well as stay out of any trouble that the team might get in to. This is important because it is so obviously contrasted with Sergeant James’ total lack of rules and order, which I will get into later. Sandborn is able to keep his mind straight for just about the whole film, until the very end. After seeing a young father being killed by a bomb that was locked on to him, he cracks. Sandborn and James are on their way back to base when Sandborn emotionally opens up to James about not wanting to die and wanting to have children one day. 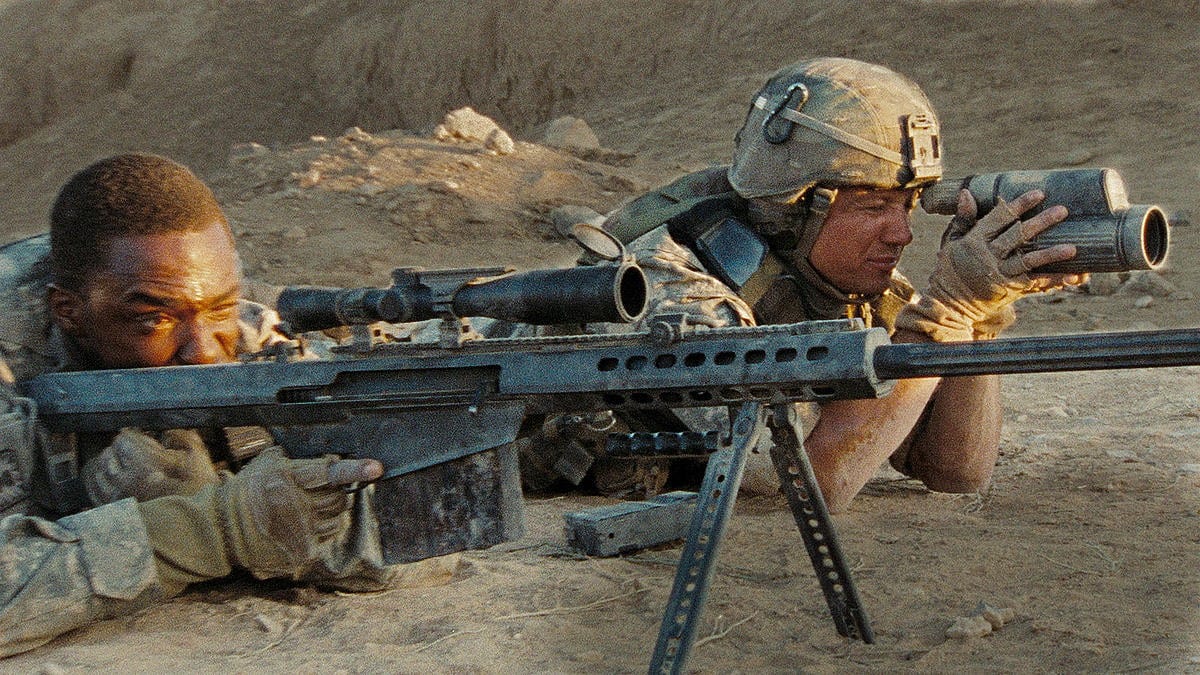 That leaves us with our last type of soldier in the film, the main character of Sergeant James. There is a quote that Bigelow uses to open the film:

“The rush of battle is often a potent and lethal addiction, for war is a drug”
– Chris Hedges.

After being on the screen for a few seconds, the majority of it fades out, leaving the last few words: “War is a drug.” Whether the viewers knew it at the time or not, this phrase is absolutely pertaining to Sergeant James. James is a hardened soldier that has spent quite some time in Iraq. At one point he tells a higher officer that he has diffused over 800 different explosives. Throughout the film, it becomes more and more obvious that James can’t get enough of war. Sure, he cracks here and there, like in the scene where he thought a little boy from the base had died, or when he is with his family. Bur more often than not, the audience can see that James is exactly where he wants to be.

The problem is, James gets him and his team into some trouble on more than one occasion, much to the chagrin of Sandborn and Eldridge. While no one gets killed, it causes strife in their relationship multiple times. Couple this with the fact that James has very little regard for safety and order, you can see why the film had such a strong story. This is all best illustrated at the very end of the film. All three of the team members have gone home after their yearlong tour in Iraq. However, after only a little time at home, James is seen heading back to Iraq for another tour, and he arrives with a big smile on his face. 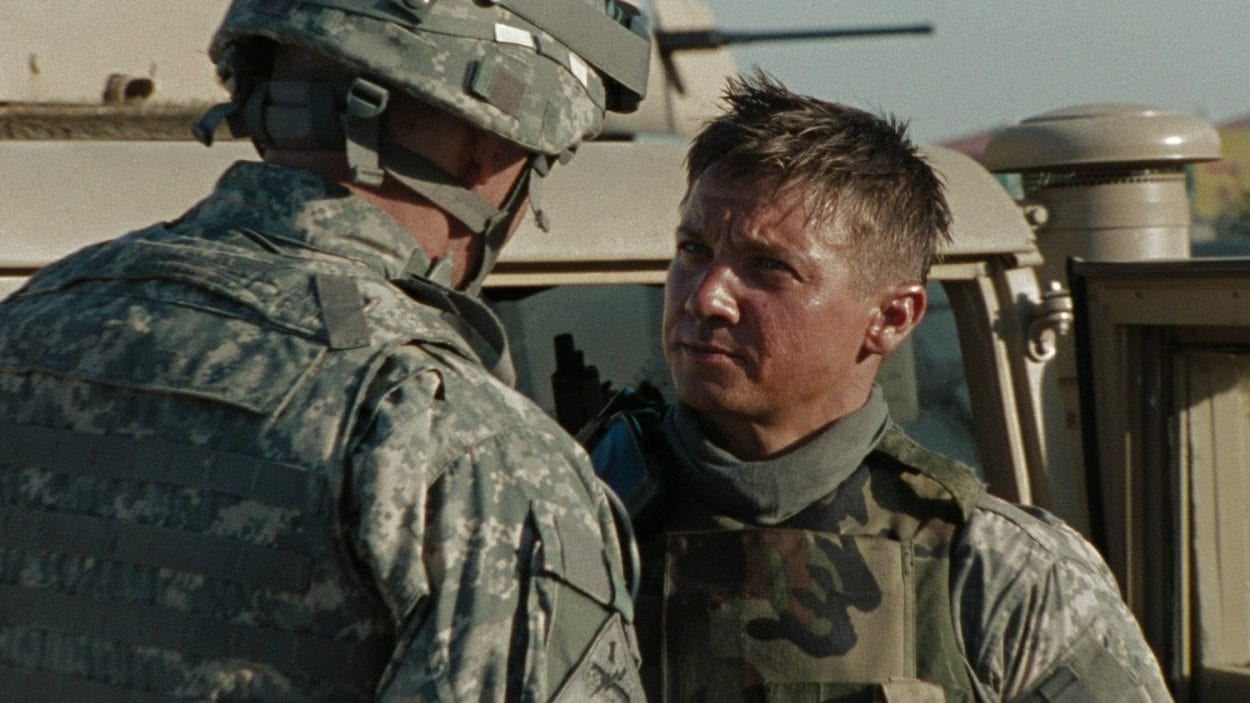 This storyline and the dive into the psyche of these three soldiers is one of the very best studies of character I have seen in a film. Bigelow does it so extremely well, that you almost forget you are watching fiction. This is because Bigelow decided to go with the pseudo-documentary style, and I feel like it highlights everything Bigelow was trying to do to the utmost extent. Put it all together and you get a film that will leave audiences thinking about it for days after they leave the theater.

Kathryn Bigelow has directed many great films over her illustrious career, but I feel like The Hurt Locker is her crowning achievement. From Patrick Swayze in Point Blank to the life of a cop in Detroit, nothing really holds a candle to what she was able to achieve in The Hurt Locker. Bigelow has a way with the camera that supersedes traditional Hollywood techniques, while also lifting the film up to such a high level. This movie serves as a reminder that anyone can make the kind of movies that she does. It certainly reaffirms my love for film every time I give it a watch, and I know I am not alone in that sentiment. Don’t believe me? Go give it a watch yourself!