In our current world, what fills the local multiplex is often something shallow and glossy made to appeal to the masses. It is increasingly rare to see something that has nuance, subtext and provokes thought. In my mind, the cinema’s job has always been to entertain above all, but I have always defined cinema as something that challenges, provokes and somehow changes your world view. This kind of experience now has to be found elsewhere, and ironically more often than not doesn’t even play in cinemas. Thank goodness then, for South Korea.

Unfairly, director Kim Jee-woon has become something of an also-ran within South Korean cinema. Starting strongly with A Tale of Two Sisters in 2003 which was of course remade in Hollywood, he followed that up with the heroic bloodshed throwback A Bittersweet Life in 2005. The amazing action epic The Good, The Bad, The Weird followed in 2008 and somehow despite the acclaim, failed to get the audience it deserved. Kim Jee-Woon, of course, ended up coming to Hollywood in 2013 with the Arnold Schwarzenegger comeback vehicle The Last Stand which was a massive box office flop and a major step down in terms of overall quality. The little-seen espionage thriller Age of Shadows followed in 2016, and then the bland anime adaptation Ilang: The Wolf Brigade in 2018. 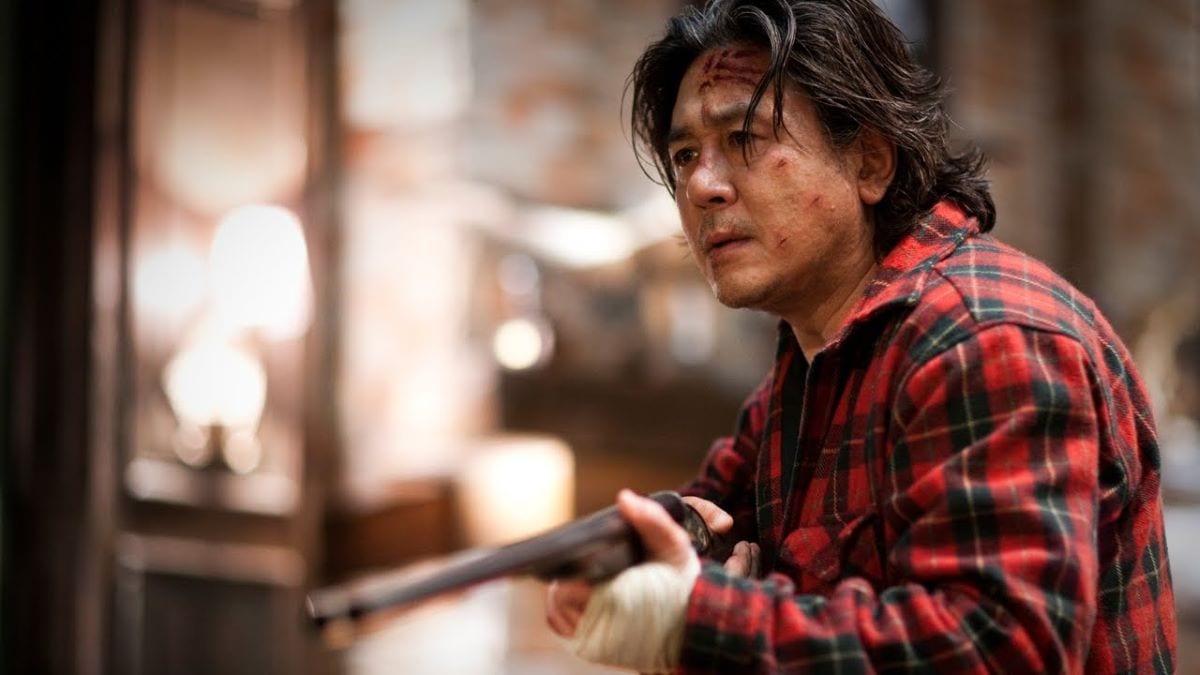 Whilst Park Chan-Wook (Oldboy, 2003) and Bong Joon-ho (Parasite, 2019) have become widely celebrated and award-winning auteurs, and even made solid Hollywood transitions with Stoker (2013) and Snowpiercer (2013), Kim Jee-woon it seems has sadly become less relevant and not been able to keep up with his contemporaries. He seems to have become pigeonholed as an action director in the west despite his early work. In 2010 Kim-Jee-woon released the serial killer thriller I Saw The Devil, which despite a certain amount of controversy, is as good if not better than a lot of the work made by his peers.

The plot of I Saw The Devil sounds like the plot of any mid-budget glossy thriller made in this day and age. A brutal and sadistic serial killer named Jang Kyung-chul (Min-Sik Choi) kidnaps and murders the pregnant fiance of secret service agent Kim Soo-hyeon (Byung-Hun Lee) . Soo-hyeon decides to exact revenge. That on paper is the synopsis in its most basic of forms, but I Saw the Devil is in practice and execution something much deeper and more challenging than any summary could ever be.

The film provides the requisite tension and thrills as we watch Soo-hyeon constantly track down Kyung-chul, often just as he is about to take another victim. Soo-hyeon often gets there just at the right time, and exacts his revenge, slowly and methodically, making more and more of a point each time over just how much pain he is in. Kyung-chul of course eventually turns the tables on Soo-hyeon and we end up in a moving and devastating climax that belongs up there with Oldboy in terms of its lasting effects on the viewer. 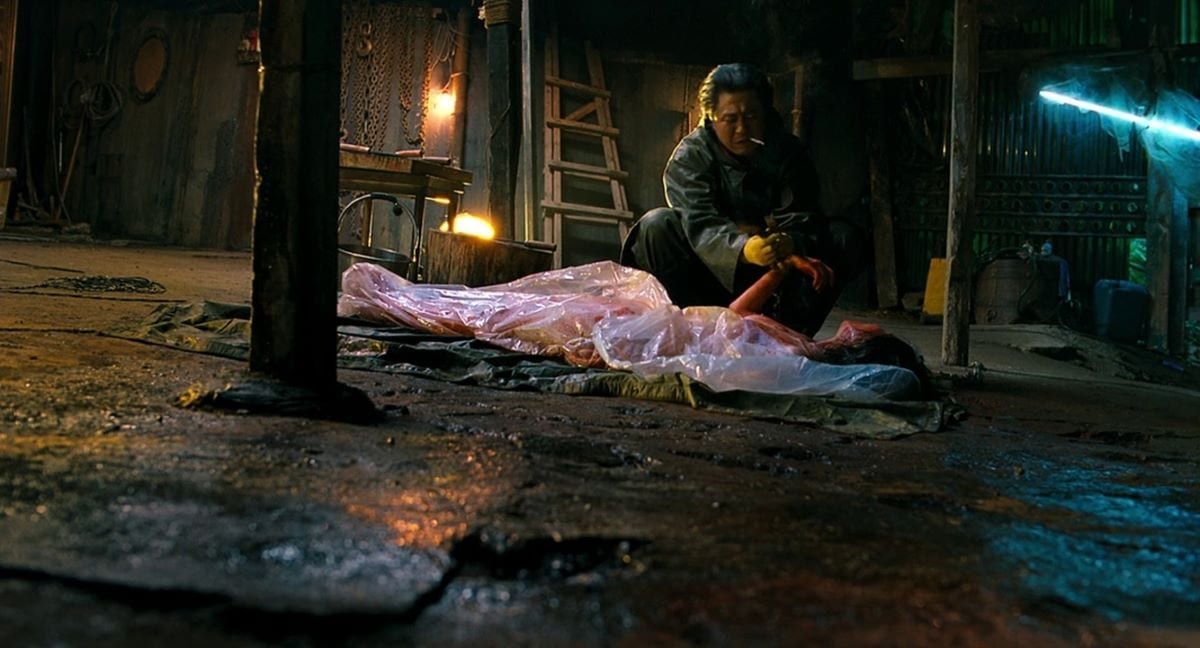 Where I Saw the Devil goes from a violent and provocative thriller into a piece of cinema is in the particular execution of Soo-hyeon’s revenge. Instead of tracking down the killer and killing him outright, Soo-hyeon makes a promise to his dead fiance that Kyung-chul will suffer just as much as she did. So he tracks him down, breaks his hand and beats him unconscious. He then places a tracker on him and backs off. Kyung-chul, somewhat confused, then goes about his pattern of tracking down a new victim and each time just as he is about to be sated, Soo-hyeon arrives and beats and maims him, then backs off again so that Kyung-chul can recover.

The actual revenge plot and how it is executed messes with your expectation and is a test of just how much violence the viewer can take and whether or not this level of cruelty is justified. Kyung-chul is an awful monster, and those he associates himself with—a kind of South Korean underworld of perverts and killers—are just as bad as he is. Around the scene where Kyung-chul is hobbled with a scalpel to the heel, you start to wonder if there is a limit, who we are supposed to root for, and the amount of violence on display turns the stomach. It is less a game of cat and mouse, and more the experience of watching the cat play with his food to an absurd degree.

I Saw the Devil makes a point about revenge and the human condition that no other similar film has quite managed. When you are wronged, when someone you love is hurt or taken from you, there is never any amount of eye for an eye that can meet that level of pain. What Soo-hyeon is actually acting out upon Kyung-chul isn’t a punishment fitting a crime, it is the entirety of his grief process and all stages of this. In an early scene Soo-hyeon asks for two weeks off work to complete this process, and his boss is insistent that he take more, this scene is far more important to the message than it might appear on first viewing. Soo-hyeon is underestimating his own pain, if it weren’t for a final act escalation, he may well have been exacting this pattern upon Kyung-chul indefinitely, and that is the reality of how revenge really works. It’s never a straight line, it morphs into a circle of loss and unmet pain. At the end, there are no winners, Soo-hyeon’s pain is constant and leads to a level of madness he did not anticipate. 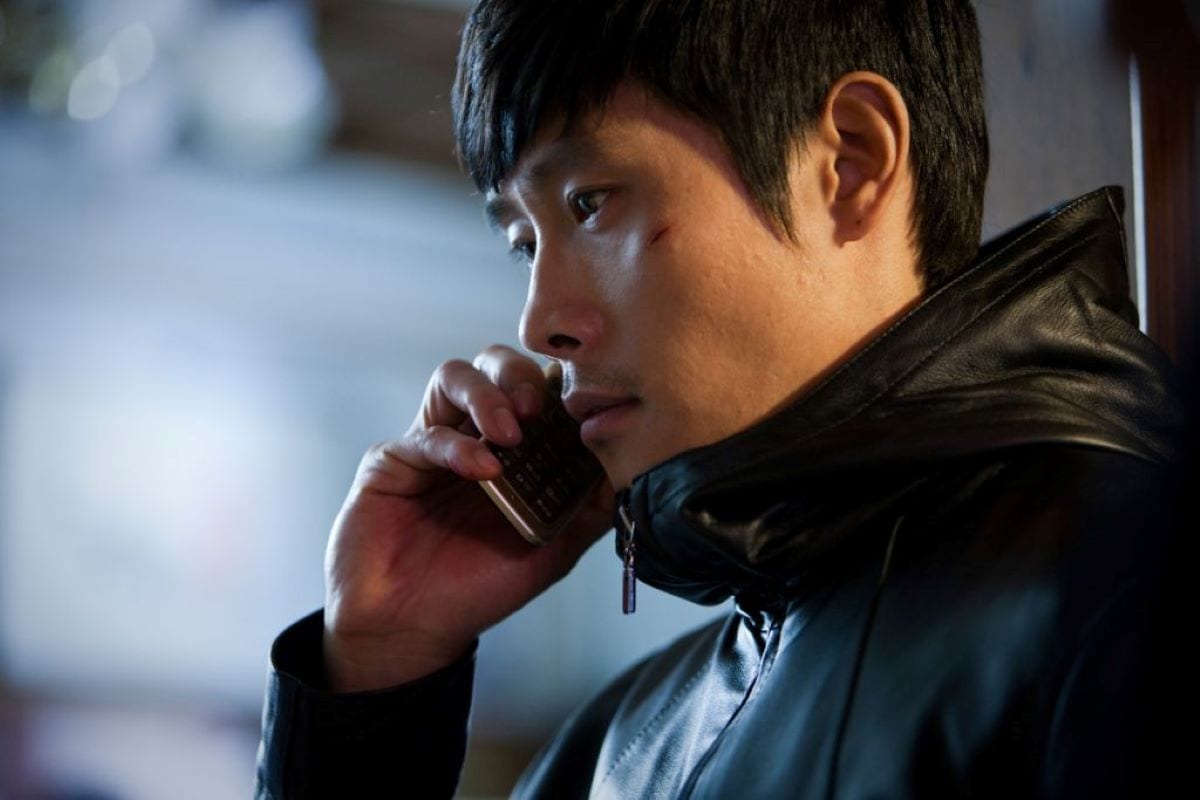 The film was released in late 2010 amidst a wave of controversy. It had to be cut several times to even get a release in South Korea, and then when it rolled out to international markets in 2011, it was subject to further cuts by different censors in other countries. The film has been fairly well received with the horror crowd, but perhaps due to its extreme content, it didn’t really ever get the push it deserved for it to cross over. In the UK I was waiting and waiting for a cinema release for a while, and then the film just randomly appeared on disc at the end of April 2011. It is a film that works initially on a pure, visceral thrill level and is one that rewards repeat viewings for its daring and provocative take on a very human concept. If you can take it, then it is a descent into hell that is worth taking.

A remake of this film has been on the cards ever since its limited acclaim at the start of the decade. Adam Wingard (The Guest, 2014) has been attached along with his regular writer Simon Barrett right from the start. It’s hard to see any kind of remake being anything like the original. Unless they make it really independently then the message and the test of the original is unlikely to survive in any kind of reinterpretation. As I always say when met with remakes that will be less than the original, the original isn’t going anywhere. I Saw the Devil remains a superior example of South Korean cinema that deserves to be counted amongst the best work currently emerging from the region. It is as challenging a piece of cinema as I have ever seen.