Director Yoo Sun-Dong’s 2019 film 0.0 MHz has arrived on Shudder. Based on Jang Jak’s webcomic of the same name, 0.0 MHz tells the story of the titular ghost club, who take their name from the brain frequency required by people to allow them to communicate with, or rather be inhabited by, spirits, not all of whom are benevolent…

This is something the 0.0 MHz club finds out for themselves when they visit a supposedly haunted house in a rural village, where the spirit of a hanging suicide is said to be still raging against the world. The group hopes to record evidence of the haunting, but they soon learn to be careful about what you wish for.

On the surface, the film is a typical tale of ghostly possession. Beneath this layer is a depiction of how trauma and pain can be disguised by new surfaces, but also how disguises cannot eradicate or completely stop such trauma from rearing its ugly head again.

Look at the haunting spirit. When confronted with the evil of her actions, she bitterly asks, “What about all those men that made me suffer?” We are not given much more to her history than that, but we can infer she was brutally mistreated, perhaps even abused, by the male population of the village. 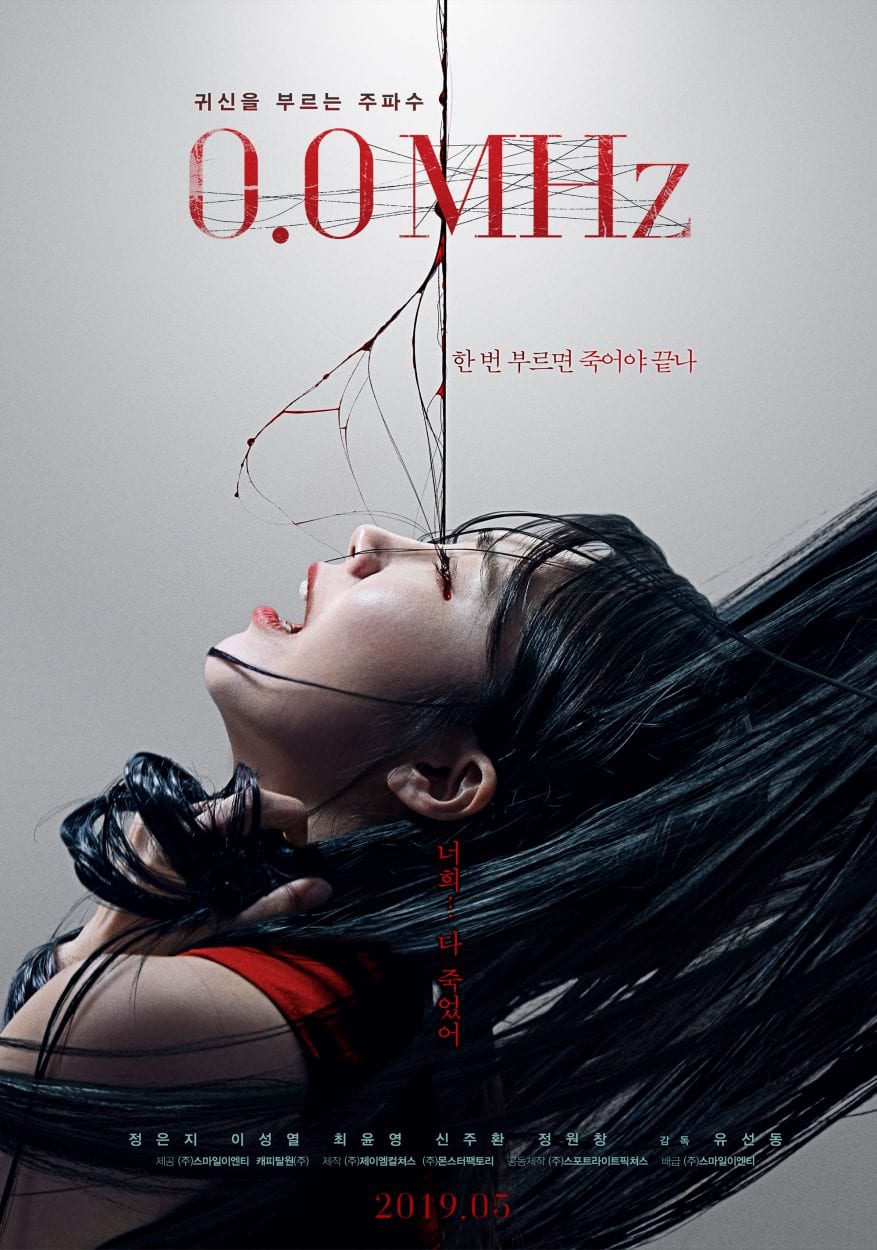 She has carried such rage and despair at the way she was treated in life into her afterlife. Rage, of course, must have an outlet if it is not to consume you. But, as the film posits, evil can breed evil, and to possess others so as to drive men to their deaths is most certainly wrong. Is there a moral ambiguity here? Could the spirit be justified in killing her violent tormentors as revenge? It’s an interesting argument but one that could be explored further, as the spirit doesn’t actually attack anyone from the village outside of a female shaman. The film certainly puts forward the position that the haunting spirit is evil, and it doesn’t take the spirits’ side at any point. But to me, a little more moral ambiguity would have been interesting.

For the living, the quiet, socially anxious Sang-Yeop hides behind an only partially conscious façade of shyness and social ineptitude.  But as revealed later, he also has something to hide, something he can’t deal with, something he represses via his inability to get close enough and create an open space to offload. When he was younger, Sang-Yeop had been playing with his older brother when, in an undescribed situation, the older brother got trapped and Sang-Yeop ran away in fright rather than getting help, leaving the brother to die out of panic rather than a lack of caring.

When confronted later by the spirit of the older brother (actually the spirit adapting the persona and appearance of the brother to deceive), the weight of the tragedy hits home. When we think of the older brother beforehand, we think of him in comparison to Sang-Yeop as he is now, a young adult in his 20s. When we actually see the brother, the fact that he was only a small child when he died, no older than eight years old at most, really is sobering. Any death is awful; a child’s death, though, seems to hit the hardest. It’s the innocence, the waste of potential.

This scene also puts forward the possibly controversial idea that, for all the trauma of those who have survived, the living have it better than the dead after all. As the older brother says, Sang-Yeop is going to university now, he’s writing stories, he’s found a girl he likes. What do the dead have? It’s a really intriguing idea that I enjoyed here and I think it would perhaps lend itself to making a good story in its own right.

As for the arrogant, reckless jokester Han-Seok, he finds himself a victim of adultery, as his girlfriend Yoon-Jung is caught on the ghost-surveillance camera, kissing club leader Tae-Su, to Han-Seok’s dismay. Visiting an unconscious Yoon-Jung later at the hospital, Han-Seok, knowing that no one is there to hear him, breaks his façade of invincibility and recklessness and gives into his vulnerability, choking on his words as he confesses how much Yoon-Jung means to him and how much she has changed him. It’s a sweet moment, but brief, as Yoon-Jung wakes up, setting Han-Seok off on a route that will see him floating face down in a swimming pool. A warning against letting your guard down without proper consideration, perhaps.

Our hero as such is So-Hee, a girl who doesn’t say much and dresses in black. She is perhaps a typical representation of teenage alienation, but again this is as much a front as anything. Confronted mysteriously in the early parts of the film by an enigmatic old woman dressed in white and by a schoolgirl who disturbingly has blood running down her thigh, we come to realize that So-Hee is the daughter of a traditionally shamanistic family, traditional in that they are naturally able to see the dead and choose willingly to embrace this, working to heal the traumas of the enraged dead and to protect the living from them.

So-Hee then is running away from the weight of expectations that family tradition brings, especially in regards to a so-called ‘calling.’ Late in the film, So-Hee makes an emotional phone call to her mother in which she reveals that her shamanistic family heritage led to her being bullied in school, while the reality of being able to see the dead wherever you go was terrifying to a little girl.

While we are not told explicitly why So-Hee joined the 0.0 MHz club, we can safely assume, I think, that it was So-Hee’s attempt at coming to terms with her abilities without the pressure of her family being around her and shaping her feelings towards those abilities. As the film progresses, So-Hee’s attitude towards the spirit world moves from sheer paralyzing terror to acceptance and even a determination to follow in her family’s footsteps, although the motivation is less from tradition and has more to do with protecting her friends. Whether it can truly be said that she has done so by the end is questionable, but So-Hee is perhaps the film’s only character who finally has the ability to remove her disguise by the end. In the last scene, her moody black clothes have been replaced by ones of blinding white, suggesting what we are seeing now is the true, happy So-Hee, having now finally accepted herself for who she is.

0.0 MHz is a deceptive film in itself. It presents itself as a straightforward possession movie. Yet, beneath this disguise, it insinuates that it’s the disguises we wear that are the real possessors and it will be these that will eventually lead to our downfall—unless we come to terms with our traumas and learn to accept ourselves.

Chris Flackett is a writer for 25YL who loves Twin Peaks, David Lynch, great absurdist literature and listens to music like he's breathing oxygen. He lives in Manchester, England with his beautiful wife, three kids and the ghosts of Manchester music history all around him.