Not many shows have been able to blend horror, comedy, and thrills as well as Cartoon Network’s Courage the Cowardly Dog. The show was known for thoroughly scaring the life out of viewers with everything from a 3D rendition of a mummy to a human-sized cockroach in boxers. However, during the fourth season, the show did its second full half-hour show after Season 2’s “The Tower of Dr. Zalost”. This episode was simply titled “The Mask.”

The episode deals with an odd woman named Kitty, who wears a white cloak and large mask, coming to the Bagge Farm in need of an escape. She has been banished from her home and not is able to see her best friend Bunny, who is dating a violent gangster named Mad Dog. Courage, suspicious of what this woman could possibly do to Muriel and Eustace, decides to track down Bunny and get the two back together again. All he has to go on is Kitty’s description of where she’s from, “the wrong side of the tracks”—a phrase which is literal in this case. 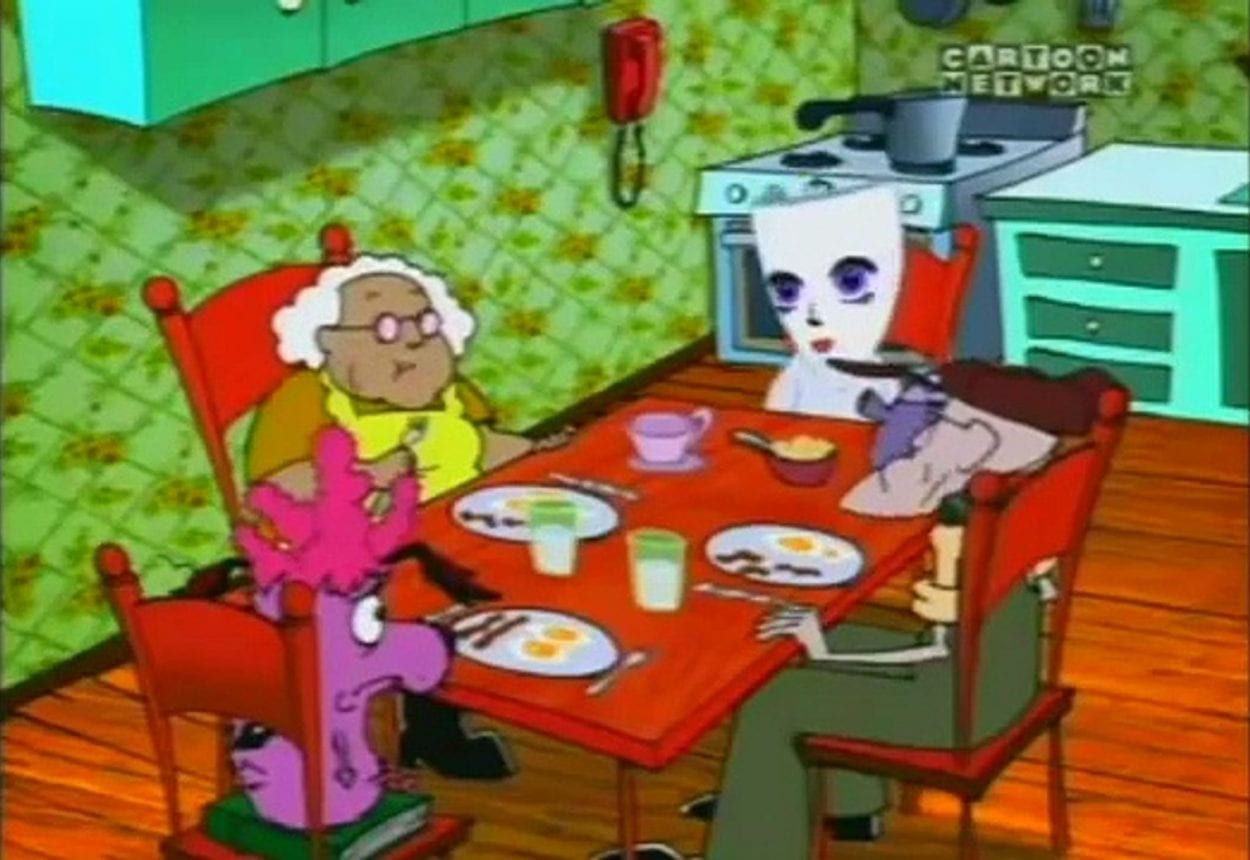 Courage fights Mad Dog and is able to free Bunny from an emotionally manipulative and physically abusive relationship. Bunny then reunites with Kitty and the two friends set sail for a new life on the back of a train. Aside from the heartwarming ending, the episode is notable for its exploration of the three main characters. While Courage is afraid of most things, he is more than willing to find a way to conquer what he is afraid of to save Muriel. However, in this episode, he considers what terrifying things Kitty could do to Muriel, but continues his mission to save Bunny and Kitty’s friendship, regardless. The selflessness to save someone other than his owners is not something Courage has done in many episodes with a few exceptions.

Muriel and Eustace take a back seat in this episode as their relationship comes under fire after Kitty observes them in flagrante delicto. She sees Muriel eating sweets between meals and notices Eustace is incapable of fixing anything he claims he did. Kitty calls them out for this at dinner. They go to bed untrusting and unsure if the other holds the same love and respect they once did. However, after Courage locks them in their bedroom, to keep Kitty from possibly harming them, they begin taking shots at each other. After Eustace can’t get the door to unlock, even going so far as to break a boulder over it, Muriel insults him to which Eustace responds, “want any chocolate?” 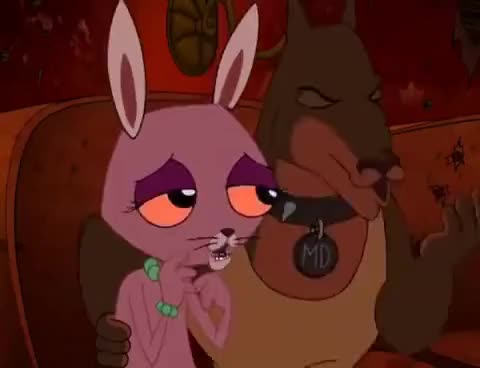 Whenever I rewatch this show, I always wonder how Muriel and Eustace met. More importantly, I wonder why they even bother staying together. He is always so crude, mean and awful to her that people know she could have done better. However, Eustace wasn’t always like that and is a product of his mother berating him and his brother belittling him. This is the episode that proves Eustace and Muriel aren’t lovers so much as they are partners. While they married for love, they are a unit. They work well together in many ways. Though Eustace and Muriel don’t explicitly say they love each other in every episode, it’s implied they work well together. After finally breaking out of their room, and going to the bathroom as she needed, Muriel shows Eustace how to pick a lock using a bobby pin. Once they resettle in their bed, they both apologize for what they said in the heat of the moment and take steps to do better in their marriage.

Relationships are a common theme in this episode, particularly the one between Bunny and Mad Dog. It is implied that at one point he and Bunny were happy together, but when she is first shown, there is a frown of emotions across her face. He simply manhandles her out of his car and takes her into the apartment building where they reside. Through the character of Bunny, this episode analyzes how a person can be browbeaten into submission. Mad Dog takes hold over Bunny like she is just his property and can just be easily bought off.

Love is what makes Bunny blind to what as to what their partner had become. She attempts to leave him once in the episode after he asks if she loves him. However, he buries her in a gigantic plant pot, which she squirms to get out of. Enter Courage, the knight in stereotyped armor. Mad Dog, whose name is literal in this case, is a rottweiler, a breed that has been commonly identified as vicious killers. Recent times have proven otherwise but when Bunny sees Courage, she thinks he is going to hurt her the way Mad Dog has over the course of their relationship. 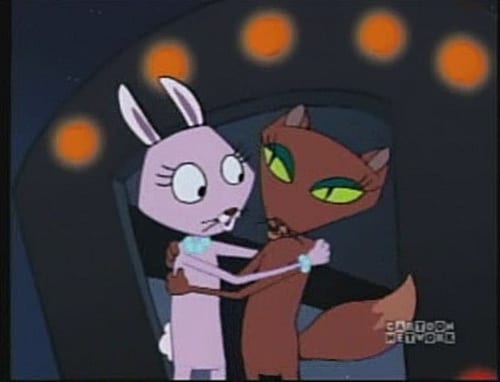 The metaphor of the mask can also be seen through Bunny’s relationship with Mad Dog. While she has rage and frustration for the way he treats her, she knows that keeping a mask of anguished happiness would be easier than possibly dying for the sake of her faltering relationship. Her bracelet and necklace, along with what seems to be an expensive coat, seem to be the only things that tie her to him. They are the only reason for her to remain with him as she threatens to “bury her” along with Kitty. For Muriel and Eustace’s marriage, the mask symbolizes the revelation of long-ignored truths.

When Kitty reveals what she saw through spying on them around the house, there is some hesitation of trust between them. It seems, though, they feel they can go on with their lives without the ensuing confrontation. But confrontation is necessary for a relationship to be successful. Muriel and Eustace masks of ignorance are removed when they are put in a tight spot, in this case, Courage locking them in their room. Eustace, who is usually stone-faced, is seen with a relieved smile after working out his differences with Muriel. Along with this Muriel and Eustace fight about problems they never knew about and delayed telling the other.

“The Mask” is a unique entry for Courage the Cowardly Dog because of how it strays from the horror and comedically wholesome chills the show usually provides. Aside from seeing the shift in writing go from hilarious to dramatic, it remains a testament to the issues this show delved into. 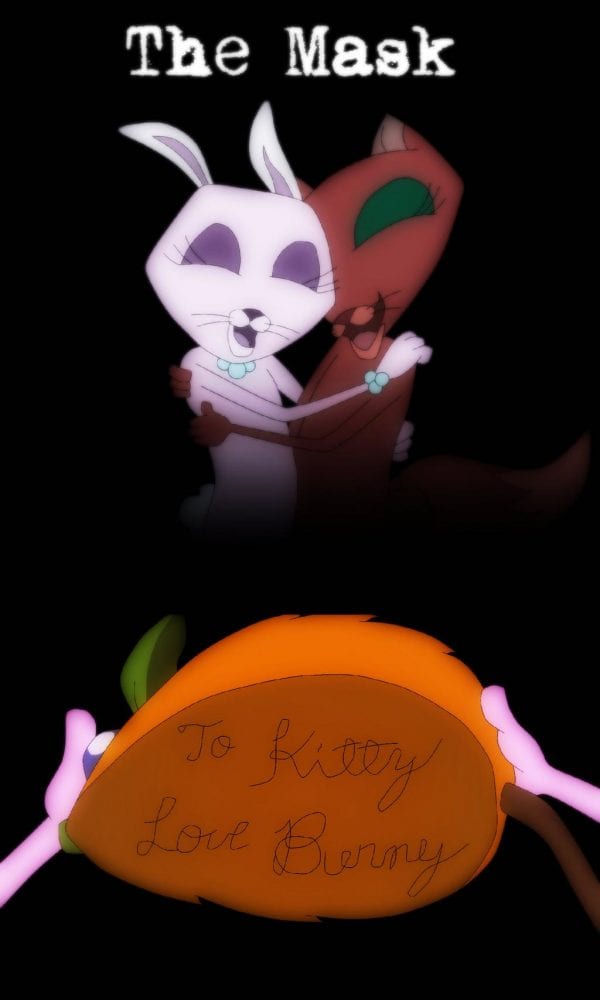