This is going to sound like a spoiler, but no pining suitor or their smitten match says “I love you” in The Photograph. Canadian filmmaker Stella Meghie weaves two passionate romances connected yet separated across a generation within her film and those magic words don’t come out. Know immediately and imploringly how this is far from a dealbreaker. If anything, the restraint away from such a plain statement becomes more stimulating and resounding than ever thought possible.

If this were a Richard Curtis rom-com from Britain or an equally tacky American equivalent, “I love you” would come out at a crescendo and then be shouted repeatedly as if some heart-emptying liberation occurred where it wasn’t possible. Here in The Photograph, it’s not that the declaration does not work or would not fit. It’s that the situation and the characters have the wisdom and—even better—the honesty to know such a vow carries tangible weight; one that should be reserved for the right partner and not rushed.

Instead of “I love you,” our beaus and darlings desire to “get to know” the other person and “be with them.” If that sounds like a step down from love, it’s not. Those announced intentions speak to a specificity of actions over words. Plenty of people can profess their love at the top of their lungs like Buddy the Elf. That’s merely loud lip service. The real value is the effort to earn the promises to go with those eventual very important shared words.

That is the unyielding romantic strength of The Photograph. We watch love, not just hear about it, and we cannot get enough of it. There is such a captivating intensity about that momentum which prevails over the vast majority of cinematic romances of this present era, no matter their given culture or creative origin. If you’re tired of reheated tropes and forced melodramas, this is a salvation.

Meanwhile, Christina’s surviving daughter Mae Morton (social media star turned actress Issa Rae), a successful assistant curator at the Queens Museum, is unearthing more of her mother’s secrets from her personal effects. The most eye-opening is a collection of personal photographs before Christina’s career started and a pair of letters, one addressed to her and one addressed to her father. The one for Mae details untold memories of a younger Isaac (Y’lan Noel) and her rebellious youth (played by Chante Adams of Roxanne Roxanne).  When Michael’s investigations lead him to Mae, a comforting and interesting attraction grows between them. 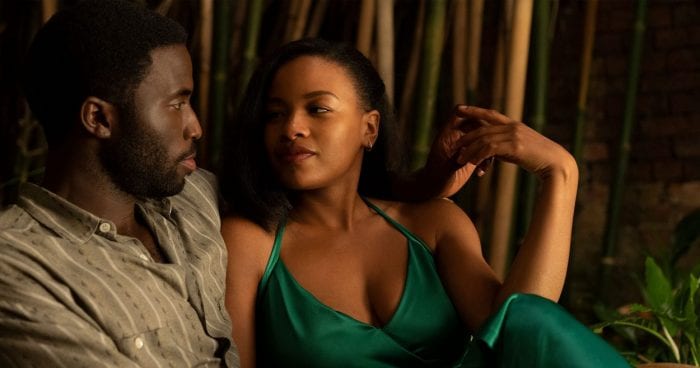 Both Michael and Mae are not kids anymore. They are adults with pasts and imperfections any prospective partner needs to work within. The flashbacks color much of the very same between Isaac and Christina. Far more optimistic than solely lamenting, all four romantics have eyes on their futures. They have wishes to want better and do better. They seek personal improvement. They want more than their given situations and standings, even if they don’t have it all figured out. In both pairings, those expectations are part of the acceptance necessary for their desired significant other.  That realism and longing devotion becomes so meaningful in this film.

For as much as The Photograph glides with the previously touted power of actions over spoken sentiment, it is a lack of timely or shared words that emerges as a cardinal weakness in these characters. Choices of conduct and endeavors squelch where words of truth would make a difference across past and present. They try so hard to “be” more than “say,” where they miss moments, something any and all of us have done ourselves in a would-coulda-shoulda way.

There’s chemistry that makes little fizzy bubbles for a temporary amount of time and then there are reactions that generate torrid combustion. The beauty and smolder of Issa Rae and Lakeith Stanfield are wonderfully the latter. They are a screen couple folks will revisit for a long time, circling The Photograph as a memorable cornerstone where their talent either took off (Rae) or their appeal was recognized deeper (Stanfield). Yet, their heat is not entirely generated by physical attraction. Their profound shared emotions are the greater fuel and the same goes for the segments with Chante Adams and Y’lan Noel. Again with the actions, the kisses we watch mean more by what’s behind them and the actors convey that dramatically. 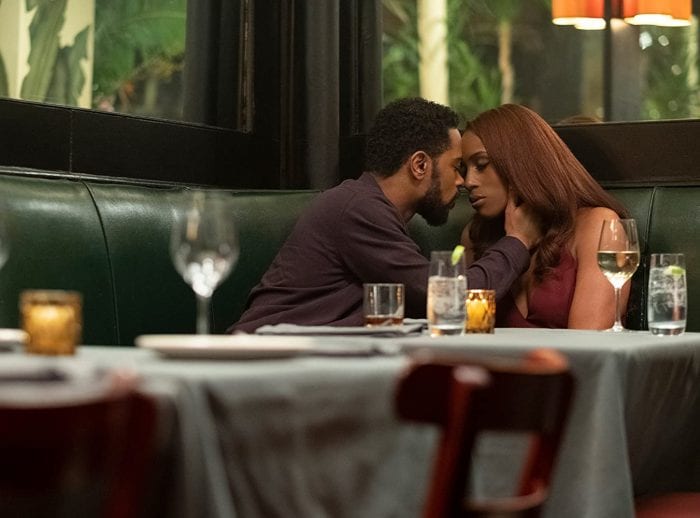 The social landscapes of The Photograph match that richness and heft. The music alone will add to the unhurried intoxication.  A combination of Miles Davis-level jazz harmonies from composer and recording artist Robert Glasper meld with an outstanding R&B soundtrack of eclectic deep cuts covering the two time periods.  You will close your eyes and sway while indie cinematographer Mark Schwartzbard (Dean) heightens the intimacy in both the sunny rural southern locales and the overcast urbane New York angles. The intentional stylings of this movie are lush all over.

A word that’s likely going to be bandied about for The Photograph is “mature.” It is a fair compliment, but its use could imply that many other romances featuring this demographic are not “mature.”  Unfortunately, that is often true and the tropes are there to prove it, as spelled out in an epic recent Twitter thread from The Root writer Michael Harriot. The problem too often, as Harriot rants, is the inauthentic or mismatched creator making those movies that pretend to speak for an entire culture. Producer Will Packer remedied that with commissioning the emerging talent of Stella McGhie (Everything, Everything).

Instead of “mature,” consider The Photograph more towards cultivated. This is a black voice (and a female one no less) presenting a refined story without the crutches of stirred-up race debates or hammy theatrics. Not an ounce of either is here and that matters enormously. Even with the irreverent humor of Lil Rel Howery, these are career-minded, poetic, and expressive adults with hearts and flaws not lesser and no different than their peers of different creeds. Too few examples of this lifestyle exist on the silver screen, making this engrossing film so incredibly welcome, fortifying, and, most of all, necessary.