Legends of the Fall Soundtrack

Jason: Recently I wrote about the incredible year James Horner had in 1995 but 1994 was a rather exceptional year for the composer as well. That summer Horner wrote the score for the second Jack Ryan action thriller Clear and Present Danger and that fall he wrote the music to the Macaulay Culkin fantasy The Pagemaster. As fine as it was, The Pagemaster certainly never became as popular or iconic as John Williams’ Home Alone music. But that’s okay because by year’s end, Horner produced a score that has placed among his most popular and has long been considered by film music lovers to be among his most musically beautiful.

For Legends of the Fall, Horner re-teamed with Edward Zwick, director of 1989’s Glory for an epic drama/romance set in the wide open spaces of Montana where one family, The Ludlows, endure years of war, desire, betrayal, and tragedy. While Zwick’s film was certainly large in scope, Horner’s music stays intimate and personal as nearly each main character is given their own remarkable theme. Brad Pitt’s Tristan is given untamed and mysterious pan flutes to represent his restless soul. Julia Ormand’s Susannah, the woman who steals the heart of the Ludlow brothers, is given a full string accompaniment. And young Samuel (Henry Thomas) is represented on piano as in the film itself, he plays “The Ludlows” composed by Horner early on to be used during filming. In total Horner supplied 12 themes for the film which he recorded at the legendary Abbey Road Studios with the London Symphony Orchestra in the spring of 1994.

The original CD soundtrack was a bountiful 75-minute offering but there were still many cues unreleased. Now, the soundtrack label Intrada has assembled and released a magnificent expanded two-disc edition of Horner’s score. This new set includes the previous unreleased 35 minutes of film score and alternates. The music has also been remastered to modern day standards so Horner’s music now sounds as majestic and emotionally powerful as ever. While we are all currently in our homes, dreaming of wide-open spaces, I can’t think of a better score to sit and listen to while dreaming of being free to roam. We may not physically be able to live our life as free as Tristan Ludlow right now but Horner’s music, as always will take listener’s hearts and imaginations wherever they allow. 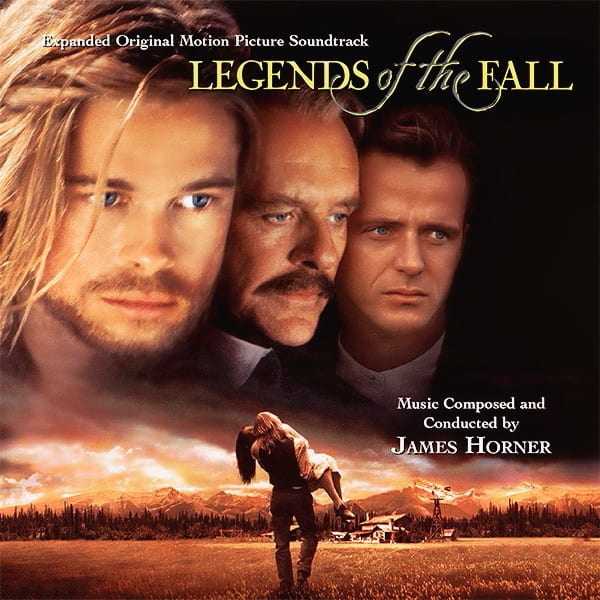