Since it’s Mother’s Day (in the U.S. and a lot of other places, at least), I thought I would offer you my favorite mothers in TV. Before I get to that, though, I want to be clear about the criteria I am employing. The first is me. These are my favorites and I am sure you will disagree with my list. You can let me know that you do in the comments, and/or blast me on social media, and that’s fine.

The second is that being a mother feels central to the character in question. There are some characters in TV who are mothers, but where this feels a bit tangential to how they are primarily defined. That’s a blurry line, I know, but since I’m not listing who I’ve excluded I only need to argue for the centrality of motherhood to the mothers I have listed.

A further thing to clarify is that I am not claiming that these women are good mothers. That’s not one of my criteria here. Some of them are and some of them aren’t so much, but I’m not thinking about that so much as about how I enjoy the character and what makes her stand out.

Oh, and the last criterion may go without saying, but if I haven’t seen the show she’s in, that’s going to mean she’s not on my list. I may be Executive Editor of TV here, but I haven’t seen everything and don’t like everything. Again, these are my favorite mothers in TV; I’m not necessarily claiming they are the best.

So without further ado, here are my favorite mothers in TV, ranked! 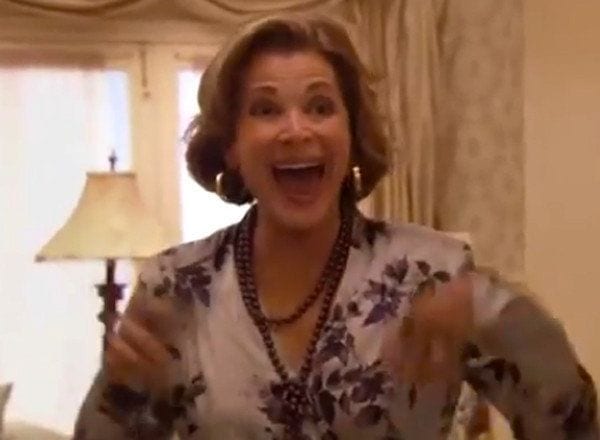 I meant it when I said I wasn’t listing good mothers! Lucille does not tend to treat her children well, whether it is by holding them to impossibly high standards, coddling them too much, or just plain undermining them, whether out of brute self-interest or petty resentment.

But she is defined by her role as a mother in a meaningful way. It’s not clear that she likes her children all that much (particularly Gob)—see her reaction to a news story in 1994 about a mother backing her car into a lake with her children inside (“Good for her!”)—but her life has a way of revolving around them nonetheless.

At the core, Lucille is a narcissist, thinking of her children only in relation to her own ego. And she is woefully detached from how the world works in a way that epitomizes a certain kind of privilege, as shown, for example, when she guesses that a banana might cost $10. But all of this makes her a hilarious character and perhaps my favorite on Arrested Development.

Jessica Walter puts in another great turn as a mother as Malory on Archer, but I felt I had to choose between the two for the purposes of this list. There are some similarities between the characters, though, such as their frequent drinking and their less than healthy relationships with their children.

I suppose the main point is that Jessica Walter is a treasure, and her portrayal of these mothers is central to my enjoyment of both shows. But when it comes down to it, Lucille Bluth stands just a bit above Malory Archer in my estimation.

And I’ll never tire of her reactions to Gene Parmesan!