Super Mario Odyssey is the first original entry into the series since Super Mario Galaxy. Sure we had Super Mario 3D Land and 3D World, and while they were both amazing, they didn’t feel like the true world-traveling adventures that were the Galaxy games, Sunshine, and 64. To that effect, Odyssey is exactly like it sounds in that Mario is traveling all around the world in his search for Princess Peach, and the numerous power stars spread throughout. Right off the bat with these two facts the game is different than its predecessors. Instead of the usual 120-ish power stars to discover, there are 880 power moons to discover, bringing a change to the traditional use of stars. Moreover, instead of traveling in one town or across the universe, Mario has to find his way around an earth-like planet in Super Mario Odyssey. 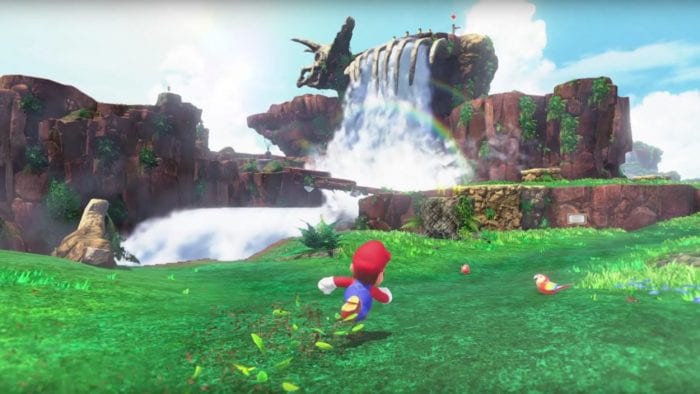 With each and every iteration in the Super Mario series, the game has some sort of physical hook that is easier for incoming players to grasp. In Super Mario Sunshine it was F.L.U.D.D, and in the Galaxy games, it was the inclusion of the luma, giving Mario a spinning attack. In Odyssey, the gimmick that Mario uses throughout the game is in the form of his hat, aptly named “Cappy.” Cappy is the combination of Mario’s hat and one of the kingdom’s sentient hat-like creatures, and it is a match made in heaven. The pairing allows Mario to do a whole lot of new things that are brand new to the series. Mario can throw Cappy in a few different ways that work to extend everything he can do. Cappy can be thrown as an attack weapon, twirled around him, jumped on, and much more.

The story of the game isn’t anything too spectacular, but that is not what Super Mario games are known for anyway. The creators decided to not break tradition and went with the tried and true damsel in distress storyline. While it’s certainly stale, it allows the creators plenty of leeway when it comes to designing the world and levels around Mario. It is exactly for this reason that Mario is able to travel to such exotic locales in Super Mario Odyssey; everywhere from prehistoric dinosaur times and a look-alike of New York City, to a dinner-themed area, as well as the moon! It is no surprise that these are some of the most imaginative and deep worlds that Mario has ever been to; the game developers really never seem to run out of ideas. 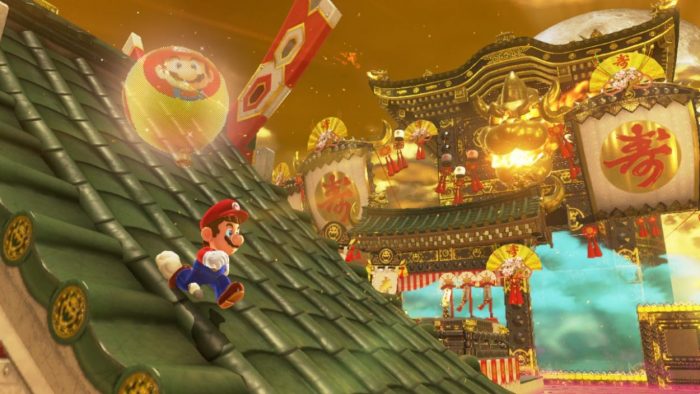 Scattered in and around all of these locations are the 880 power moons that I previously mentioned, and it is here where Odyssey decides to break from tradition. Instead of a singular star at the end of every level, the worlds are laid out in more of a non-linear fashion. More specifically, the world has a number of different branches to explore, with power moons hidden at the ends of pathways, at the tops of buildings, and buried deep underground. Instead of a “follow-this-path” to the end style of game, the player has to take Mario and explore the entirety of a level if they want to find all the power stars. This new way of doing things allows the moons to be seen in places previously un-thought of, making the game very unique in that aspect.

The last major thing that I mentioned is that Super Mario Odyssey includes a little bit of every game that came before it. In a sense, I mean that quite literally. At numerous points throughout the game, Odyssey contains an homage to games in the series’ past. At some points in a few levels, the player has to have Mario jump into a specific point on a wall, at which point he is controlled much like one was playing the first Super Mario game back on the NES. In addition to the mini 8-bit adventures, there is also an entire level (and outfit you can purchase) dedicated to looking like it is straight from Super Mario 64. There are so many other Easter eggs to discover as well, from other outfits, various poses, and so much more. 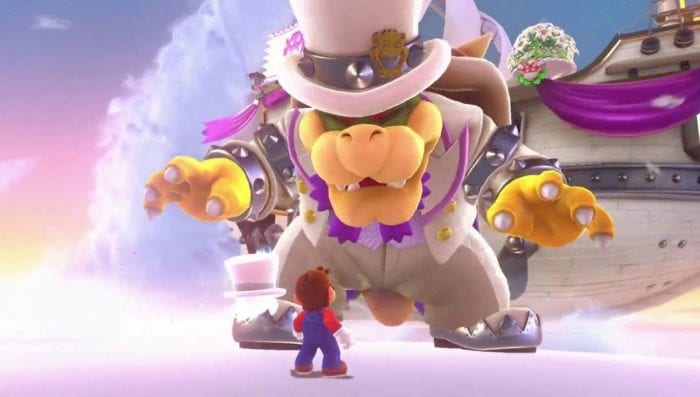 Super Mario Odyssey is a fitting end to our weekly peek into what makes the world of Mario tick. Gaming’s most storied franchise seems like it will never end, and that is very much a good thing. We have traveled through various kingdoms, numerous planets, even through time and space. Where will Mario go next? Until us players find that out, we can be more than content exploring or even re-exploring the many worlds that Nintendo has given us over the years. Quite frankly, there is so much content in the series, I don’t think people are ever going to get sick of it; I know I sure won’t. If you have yet to play Super Mario Odyssey, do yourself a favor and go snag a copy of it as soon as possible, I am positive you won’t regret it! Be sure to let me know if you agree with my analysis in the comments below.