Canadian pop princess Carly Rae Jepsen is sort of the Kristen Stewart of pop music. Among those who have followed her career since she quitted the hot 100, she’s one of the most consistently high-quality artists in her wheelhouse and has gained a diehard following, but for casual listeners she’s still just “the ‘Call Me Maybe’ girl.” Despite the fact “Call Me Maybe” is a timeless bop and no arguments to the contrary will be heard out, her status since as “the pop artist it’s okay to like” is both perfectly understandable, yet rather strange in concept.

Hints of further depth and maturity were always evident. Jepsen was actually a lot older and more experienced than she seemed—she was already 29 when “Call Me Maybe” made her name and not the teenager she seemed. Not only is her biggest hit a fantastically written song, it’s not the only one on the Kiss album—“More Than a Memory” is a particular favourite of mine—and the EP it was on included a peppy cover of the Joni Mitchell song “Both Sides Now,” which she adapted to her adolescent sound seamlessly.

It wasn’t until her 2015 album Emotion that she really earned the respect she’s deserved though. Not so much through daring experimentation, but for the way she continued to repackage trusty pop formulas through high-quality song writing. It’s hard to pinpoint exactly what changed. Her breathy delivery is one difference, with Carly singing more from her chest than her cheeks. The synth tones took on more bass as well, becoming more nocturnal, and the electronic sounds became less orthodox. She could still write an unstoppably infectious hook, and her subject matter remained the needy romantic angst of someone who falls in love far too easily, but she sounded more like a woman and less like a girl, at least in the perspectives she was writing from.

Although Emotion didn’t receive the chart success of Kiss, the respect it gained allows her—along with Taylor Swift—to lay claim to having resurrected the ’80s synth-pop anthem for the 2010s. Perhaps the influence of this approach is only now being felt with some of 2020’s biggest chart hits so far from artists as diverse as The Weeknd, Doja Cat and especially Dua Lipa bearing distinct sonic echoes of the style. Her style isn’t uniquely her own, but her catalogue boasts a consistently high baseline of quality that no other artist in the genre can really match.

The flip side to this though is her catalogue’s overall lack of diversity. She has shown a willingness and ability to diversify her style outside of her albums. Her rap verse on the “Lalala remix” really does need to be heard for yourself or you won’t believe me when I say it’s actually great. Despite this, each of her albums has been more of the same, yet when “the same” is some of the most refined, high-end mainstream pop music available anywhere (although Dua Lipa is coming for her crown on that score), why change what isn’t broken? Four studio albums in and her music still sounds as fresh and jubilant as ever with no signs of creative stagnation. The songs are still as fantastic as always.

One distinctive aspect to her release style that is worth comment, and especially relevant to this project, is what has now been established as a pattern of releasing extensive B Sides collections to her albums. As insignificant as that may sound, these are no mere glorified deluxe editions. The Emotion Side B may have been presented as an EP but contained almost 30 minutes of wholly new material, material which incidentally ranks among her best work to date.

2019’s album Dedicated, which presented a narrative dealing with her feelings in the aftermath of a breakup, has now also been given a “B Sides” collection, this time with more than 40 minutes of once again, wholly new material. I cannot help but feel she’s low-balling her audience’s expectations needlessly given how great the 12 songs on Dedicated Side B are. Perhaps this is an excuse for not having come through with a new sound or narrative here, but as I’ve stated, that’s never been her selling point. Carly Rae Jepsen is like Janelle Monae, an artist who respects the greats of the genre and then does them one better.

Also, I think it’s fair to say she does come through with at the very least a progression to her maturation across her albums. Kiss was the meet-cute, Emotion was about falling in love, Emotion Side B about the cracks in the relationship starting to show, Dedicated was about the breakup, and now Dedicated Side B is about moving on.

All of these concepts are loose, but the Dedicated double album is easily the most fully on subject. Side A opened with the lovesick anthem “Julian,” and after a track-list of imploring her boyfriend to give her another chance, ended with the peppy, uplifting “Party for One,” making a firm resolution to move on. Nearly every track here plays into the ideas of finding new love, new partners—with the emphasis firmly on the plural—and reaching a point of resolution. 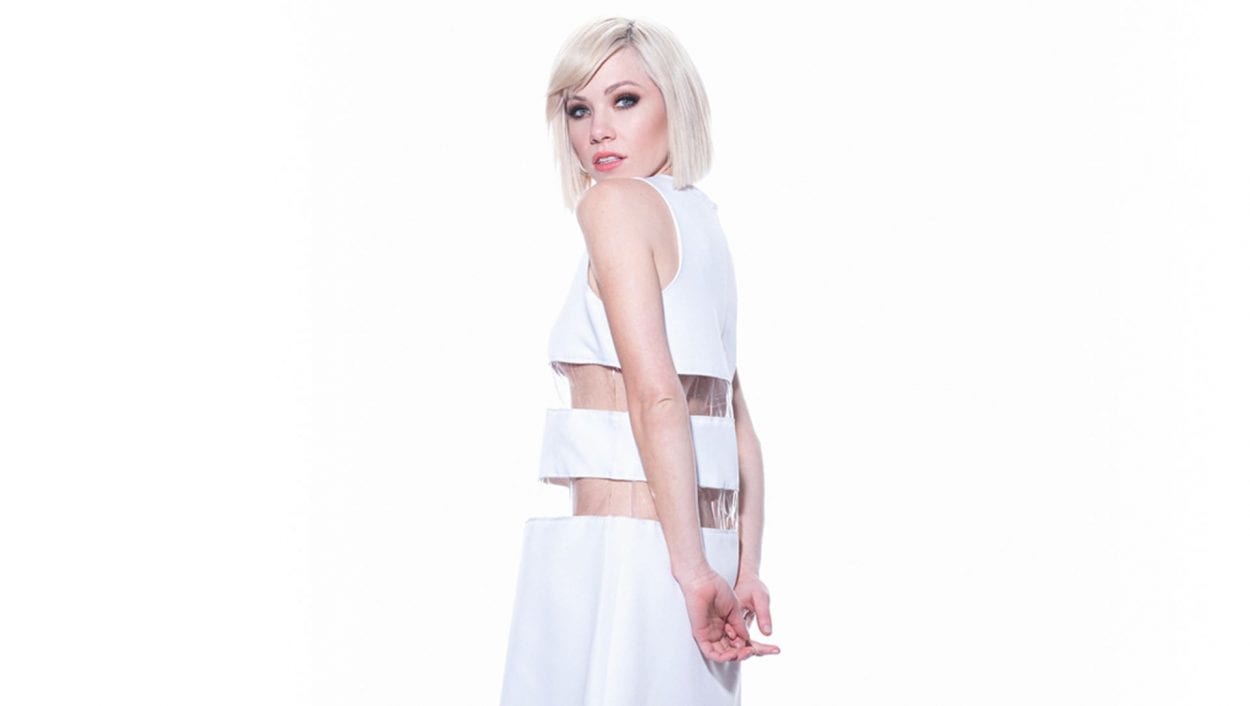 If Side A was the breakup, this is Carly Rae going through her little black book, re-evaluating her options for nocturnal companionship and enjoying her newfound singlehood, embracing the sentiment on “Solo”: “so what you’re not in love, don’t go wasting your nights getting solo.” This is easily the sexiest crop of songs Jepsen has released to date. Tracks like “Heartbeat” and “This is What They Say” express a kind of tension between the indulgence of pure sexuality and the lure of riskier emotional attachment.

“Summer Love” is the sultry jam its title promises, and is the track that best fits that analogy with the little black book, as Jepsen addresses her partner in a one-night stand and invites them back for more. The hottest and heaviest track though—and also my favourite—is “Fake Mona Lisa,” with temperature-raising lyrics like “every night I’m wearing my black in case you’re coming ‘round” and “Oh, you took my clothes off, said it’s getting hotter. Don’t know how to swim, but let’s breathe underwater” delivered in Jepsen’s sexiest set of vocals ever. It’s just a shame the song is so short at just a touch over two minutes, a groove like this would have been made welcome far longer.

If I had heard promise of a full Carly Rae Jepsen album, I wouldn’t have been at all disappointed with this. There are maybe a couple of songs that feel a little weak or low impact, but there are some deserving “A Sides” here. “Stay Away” and the album’s opener “This Love Isn’t Crazy” are among the most propulsive dance pop tracks she’s released. The tracks “Felt This Way” and “Stay Away” are actually different songs with completely different sounds, but they share the same chorus and some lines from the verses, and describe a similar situation. The instrumentals are so completely different though it was actually really hard to tell.

There are a few flashes of sonic diversity on the album, most notably on “Felt This Way,” which incorporates watery elements, yes, of trap, and sounds like something I could easily imagine Ariana Grande slaying over. There are some elements of retro funk here and there that call to mind Childish Gambino’s “Redbone” with its squelchy bass line, and even some rock sounds, particularly on the intro to “Summer Love” that migrates into the track’s blossoming synths. There’s also a future-bass dance breakdown on “Solo” that goes over decently well, but a drop does feel like a bit of a waste when you have such a consummate chorus singer as Jepsen.

For the most part though this is the Carly Rae we’ve come to know and love, with sweetly cooing vocals over more cooling quiet-storm electronic tones and percussive popping and clicking synths. “Stay Away” might be the most typically Carly Rae Jepsen song, alongside the wonderful “Too Much” from Side A, both presenting a now familiar narrative, where she declares her love openly and with frightening ease, scaring her partner into retreat. “If my love’s too strong for you, walk away” is probably the most Carly Rae Jepsen lyric there is, the insecure-resistant’s love anthem.

Jepsen never struggles to carry an album alone and the album’s sole feature is from Bleachers, the stage alter ego of pop producer Jack Antonoff, who helmed Taylor Swift’s Lover album. His involvement is heard more in the production than in his subpar vocals harmonising awkwardly with Jepsen on the chorus. There’s clearly a lot of reverb on both his own voice and Jepsen’s to smooth out any embarrassment, his contributions just don’t feel necessary when all he does is poorly back-up sing for Jepsen.

The most standout and interesting track is the closer “Now I Don’t Hate California After All,” a placid note of resolution with plucky marimba rhythms, a babbling brook and ocean waves and a beautiful airy performance by Jepsen weaving her way through the eccentric earworm melodies. It’s a blissful way to close a beautiful little album.