Welcome to What’s the Buzz, 25YL’s feature where members of our staff provide you with recommendations on a weekly basis. In our internet age, there is so much out there to think about watching, reading, listening to, etc., that it can be hard to separate the wheat from the chaff, filter out the noise, or find those diamonds in the rough. But have no fear! We’re here to help you do that thing I just described with three different metaphors. Each week a rotating cast of writers will offer their recommendations based on things they have discovered. They won’t always be new to the world, but they’ll be new to us, or we hope new to you. This week, Simon McDermott recommends The Last Dance, Vincent Greene has been watching Hunters on Amazon Prime, and Jill Watson recommends What We Do in the Shadows. 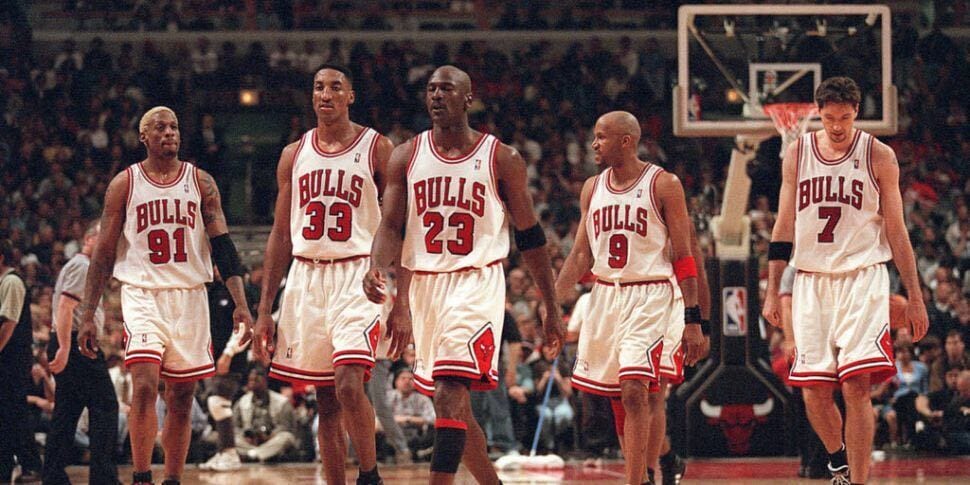 Simon: The Last Dance explores the golden age of one of the greatest sports teams in history, the Chicago Bulls. Synonymous with the team in this period throughout the ‘90s is one of the greatest athletes of all time too, Michael Jordan. Let me start off by saying that you don’t need to be a basketball fan or even a sports fan to appreciate this ten-episode documentary, as it’s one of the greatest true stories I’ve ever heard, period. I happened to be a big basketball fan at the time this series focuses on, probably due to Jordan almost single-handedly drumming up interest in the NBA internationally.

Being a fan in the UK is still tough now but was much worse back then and I did what I could. I watched a show that rounded-up the highlights for the week on Saturday mornings and read XXL Basketball magazine. I actually won a subscription to it through a phone-in competition the show had. I was Captain of my team at school, played as much as I could and went to see games my local team played, The Birmingham Bullets. Also, one of my favourite video games was NBA Jam for the SNES. My love was for the game and as I was in the UK, I had no idea how famous Jordan and the team actually were around the world.

I also didn’t know about any of the drama that was happening off the court that was just as interesting as the games themselves—in the team’s organisation and the player’s personal lives. The overall narrative of the Bulls, the challenges they had to overcome and their tense matches are so compelling, you’d think their story had been written for a Hollywood film. I watched all ten episodes in two sittings, as I was so gripped. If I’d have known how amazing it was beforehand, I’d have started earlier in the day so I could watch it all in one go, it’s that good.

The series focuses mainly on Jordan, which isn’t surprising, especially as they have full access to him for the first time ever. There are episodes that cover every aspect of his legend, from his meteoric rise to fame, his impact on pop culture, controversies and his infamous foray into baseball at the top of his game. However, there are also episodes that focus on the unsung hero and second-in-command Scottie Pippen, notorious bad boy Dennis Rodman and their shaman-esque coach, the brilliant Phil Jackson.

You hear from these guys themselves, as well as teammates, key players on opposing teams and sports journalists along for the ride at the time who have unique insights. There’s not much more you could ask for. The less you know going in the better, as it’ll just make the story of this iconic team all the more engrossing. If you want to read more detailed coverage of the show, check out my colleague Conor O’Donnell’s great articles on our sister site, SportsObsessive.com.