Whenever I watch Friends on Netflix I always want to press “skip the intro” when The Rembrandt’s title theme begins, not because “I’ll Be There For You” is a bad song but since 1994, I’ve heard it more times than I have my own name. However, if a theme song is really good, it doesn’t matter how many times you’ve heard it—you want to hear it again and again. Some people need to hear the theme song to get into the “spirit” of the show. That’s understandable. Try watching Seinfeld without hearing Jonathan Wolff’s funky bass riff introducing each episode and you’ll understand what they mean. So here are ten of my all-time favourite TV themes—the ones that I will always want to listen all the way through without even considering pressing that “skip intro” option. Let me know if you agree with these or what themes you just have to listen to once you get through these in the comments.

Party Of Five (“Closer To Free” by The Bodeans) 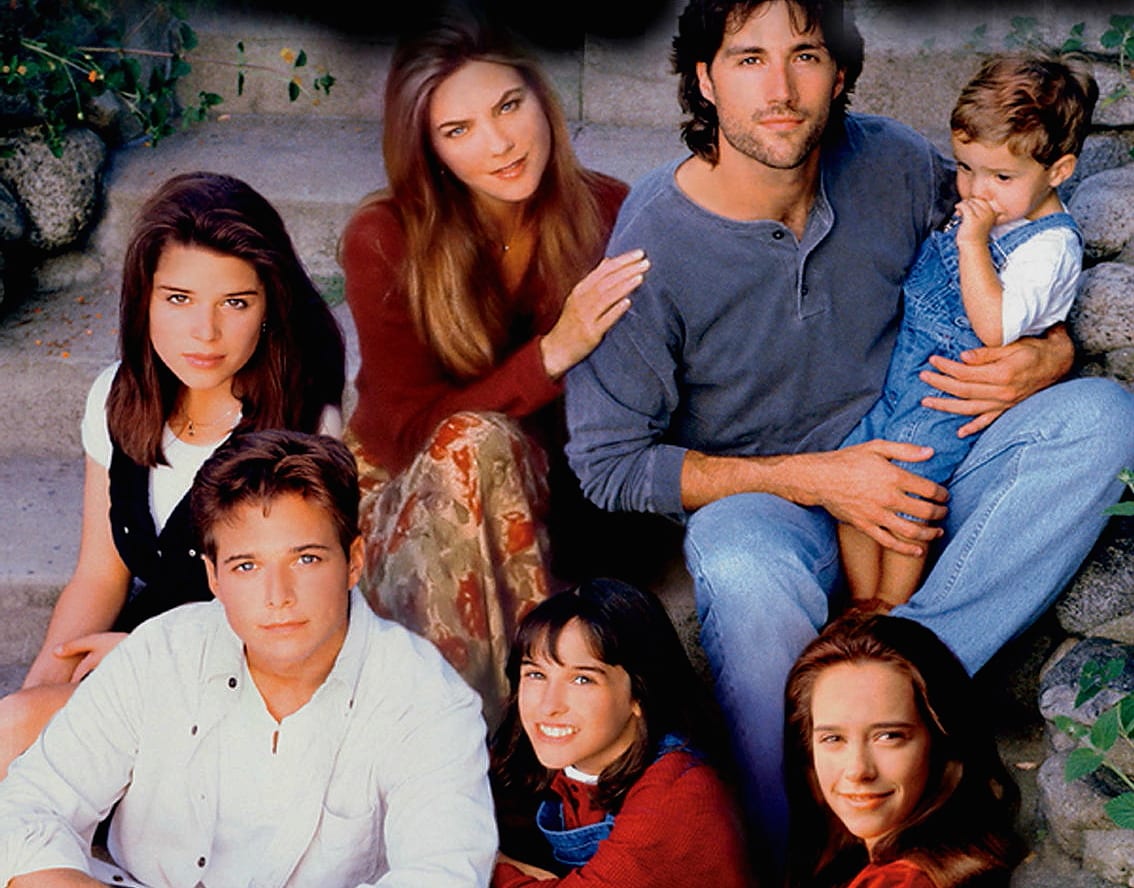 The first six episodes of the 1994 Fox drama Party of Five never even featured a theme song but due to low ratings, FOX executives changed that. The chosen song was “Closer to Free” from The Bodeans, a band from Wisconsin who during the ’80s had played alongside U2 and Peter Gabriel. Their 1993 release Go Slow Down was an energetic early ’90s alt-rock album and due to the success of “Closer to Free,” the band experienced their first chart-topper in early ’96. When FOX launched a spin-off of Party of Five in 1999, the Jennifer Love Hewitt series Time of Your Life, the band contributed another song (a cover of The Beatles’ “I’ve Just Seen a Face”) but the results weren’t as successful. Time of Your Life was cancelled after three months and Party of Five left the air not long after in 2000 when co-star Neve Campbell decided to focus on movies. It was time for the Salingers to leave home and “Closer To Free” was the perfect song to see them off. 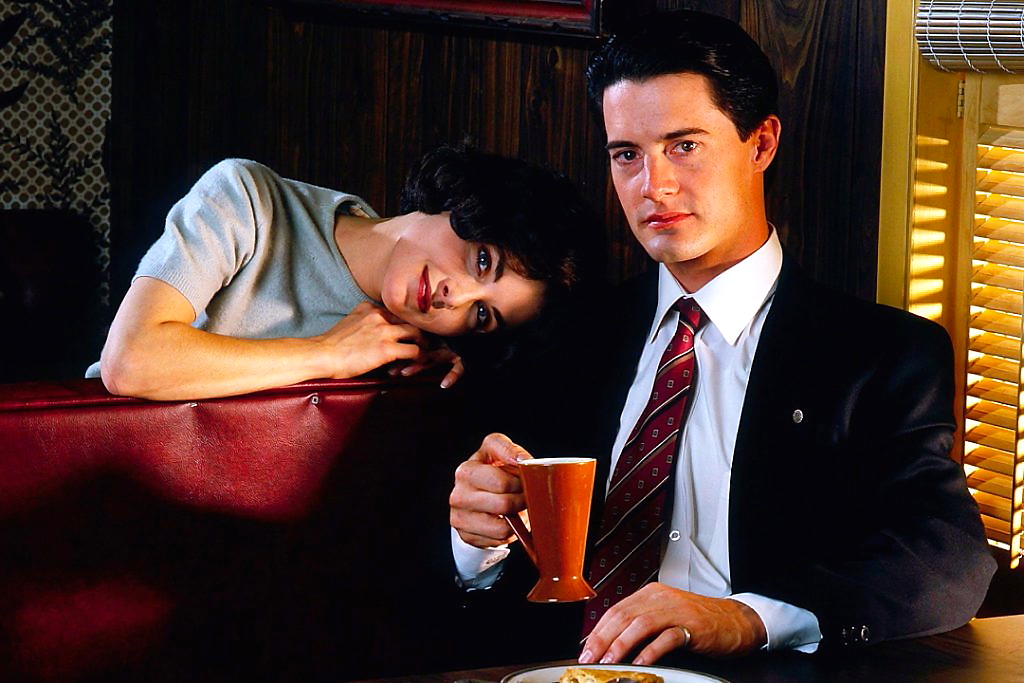 Twin Peaks was unlike another TV show ever before seen on TV and to this day it still hasn’t been matched in terms of originality and creativity. Audiences knew they were in for something different right away when that show’s opening credits lasted a good three minutes! Thankfully, the music for those credits was some of the most arresting and lovely (not to mention mysterious) themes any TV series has featured. Composer Angelo Badalamenti, who had previously worked with David Lynch on Blue Velvet, fashioned a simple three-note main theme in the classic “twangy” style of Duane Eddy. The Result was a Grammy Award and a best-selling album in 1990. When Twin Peaks returned to Showtime in 2017 much had changed but Badalamenti’s theme hadn’t. And even though it took a while (16 episodes) for Agent Dale Cooper to get back to his former self, once he did and Badalamenti’s theme kicked in, it was like no time had passed at all.

The Sopranos (“Woke Up This Morning” By Alabama 3)

The Sopranos was a show that hooked viewers from the first episode and some people were hooked before the opening credits were over thanks to the techno-pop-gospel theme song “Woke Up This morning” by a group named Alabama 3, or A3. During production, a few songs were considered to be the theme song (Including Elvis Costello’s “High Fidelity”) but with “Woke Up” matching the images of mob-boss Tony Soprano driving from New York into New Jersey, nothing else came close. This is one of the best-edited and arresting opening credit sequences in TV history.

When Michael. J. Fox left Spin City in 2000, series creator and writer Bill Lawrence left along with him. The following year Lawrence created Scrubs for NBC, a wacky yet poignant hospital comedy that incorporated Ally McBeal-ish dream sequences and full elaborate musical numbers. The show’s theme song titled “Superman” by Lazlo Bane was actually not written for the show. It was featured in a 2000 independent movie titled The Tao of Steve, which Scrubs star Zach Braff liked enough to recommend to Lawrence who then chose it for the show’s theme. Braff would later direct the music video featuring Scrubs cast members. Had that song been released six years earlier it might very well have wound up as the theme to ER but that’s okay. ER did just fine without it. 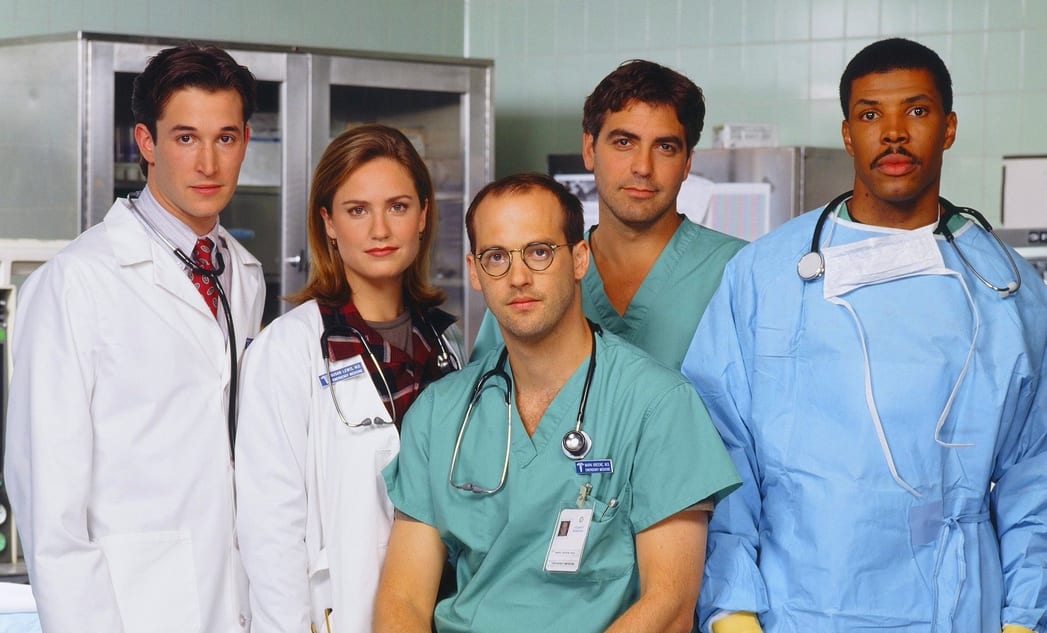 ER was originally commissioned by Steven Spielberg to be a feature-length movie in the early ’90s.  During story meetings, he asked ER’s writer, Michael Crichton what the book he was currently working on was about. When Crichton replied that he was writing a book about cloned dinosaurs running around eating people, the ER movie was history and Spielberg then made Jurassic Park. However, ER was not abandoned. It became a TV series the following year, and it was fitting that a fast-paced TV drama would have the feel of a fast-paced Hollywood thriller—which needed fast-paced Hollywood thriller music. The best guy composing those types of projects at the time was James Newton Howard, who had just earned an Oscar nomination for The Fugitive. ER lasted 15 seasons on NBC and I’d wager that because of syndication, Howard made more money off this three-minute piece of music than he ever has for any movie score.

Action (“Even a Dog Can Shake Hands” by Warren Zevon) 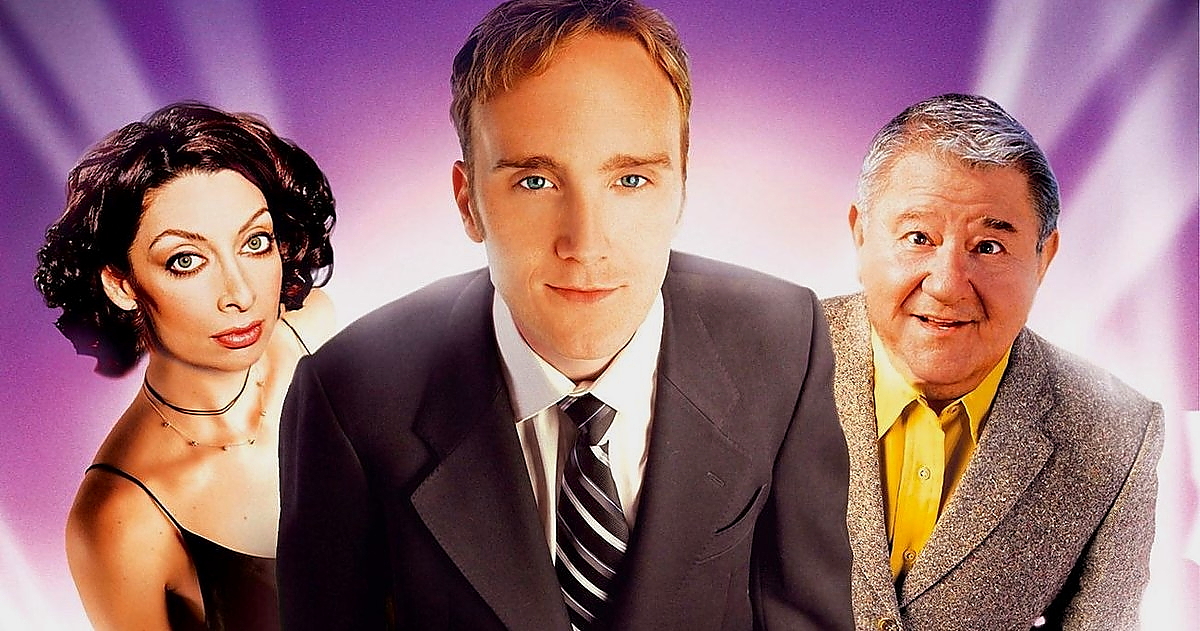 Action was a short-lived 1999 FOX comedy about a foul-mouthed power agent navigating the shark-infested waters of Hollywood. However, by the time this show aired, in a strange bit of irony, Hollywood had already lampooned itself (and much better) in movies such as The Player (1992) and Swimming with Sharks (1994). Even big-time cameos from the likes of Sandra Bullock and Keanu Reeves weren’t enough to draw viewers to this show. One memorable aspect was the show’s theme song: “Even a Dog Can Shake Hands” by Warren Zevon from his 1987 album Sentimental Hygiene. Zevon’s song was a biting look at the deal-makers within the industry that schmooze and promise the world. It was also the most clever thing about Action.

The Leftovers (“Let the Mystery Be” By Iris DeMent)

Season 2 of HBO’s mind-bending drama The Leftovers featured a different opening sequence than the first and for my money, this one was the best title sequence of the show’s three seasons (it was also the best overall season.) The Leftovers was a mystery/drama about how people go on after two percent of the world’s population suddenly disappeared without any reason. It’s first season featured an instrumental piece of ominous music from composer Max Richter but Season 2 featured an all-new opening credits sequence of photos with individuals missing from them signifying those who had “departed.” DeMent’s “Let the Mystery Be,” a folk-country-gospel tune taken from her 1992 debut album Infamous Angel, played over this sequence. It was a perfect opening for the show but for some reason, the song was dropped for Season 3.

Back in the mid-’80s, if you liked a TV theme the only way to keep it for yourself was to hold up one of those foot long audio cassette recorders (these things in case you never saw one) to the one speaker in your TV and record it that way. If it was popular enough they would issue the song on a ’45 record and maybe it would be played over the radio. That was the case for Al Jarreau’s theme from Moonlighting, the clever P.I. comedy which aired on ABC from ’85-’89 and is just as famous for its troubled production than it is for the actual show. The song became a hit two years after the show’s debut but two years after that the show was over mainly due to star Bruce Willis’s rising movie career. On the plus side, the song was released on a soundtrack CD so at least, ’80s fans could throw away those old tapes.

W.G. Snuffy Walden is the Thomas Newman of TV composers. Walden composed the classic blues-rock theme from Roseanne, intimate dramas The Wonder Years, the themes from Thirtysomething, My So-Called Life, The Drew Carey Show and he scored the TV adaption of Stephen King’s The Stand in 1994. In 1998, Walden wrote the music for Sports Night, a workplace comedy/drama which aired on ABC from 1998-2000. Created by Aaron Sorkin, the show was about the crew working on a fictional nightly sports news program in New York. Sorkin, who was a fan of Walden’s Thirtysomething music asked the composer to write something similar for his fast-paced pilot. The results were so good, Walden wrote the music for virtually every episode until its cancellation in 2000. Thank goodness the two were working on a side project at the time—a little show called The West Wing. I heard it became successful. Nice work, Snuffy. 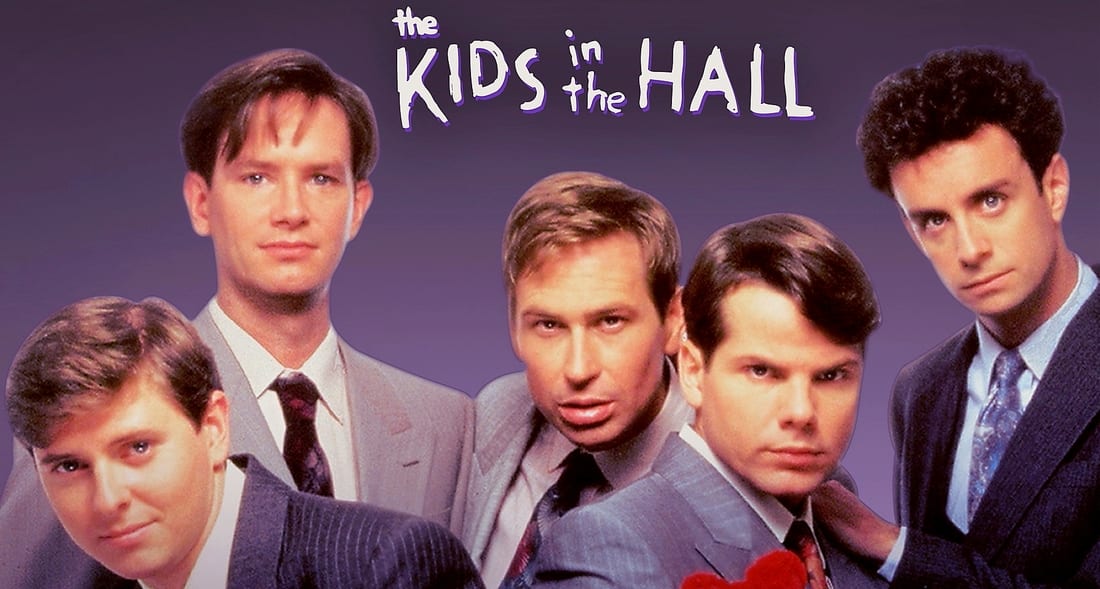 “Having An Average Weekend” by the Toronto-based group Shadowy Men On a Shadowy Planet combined the surf-rock sounds of Dick Dale’s “Misirlou” and The Clash. Original band members were friends with the kids before they were The Kids and would help member Bruce McColloch out with cash and meals in the early ’80s. When The Kids In the Hall were formed and headed for TV a few years later under the guidance of Saturday Night Live’s executive producer Lorne Michaels, the band’s song was chosen as the official Kids In the Hall theme. 30 years later, the band is still performing the song and whenever The Kids In the Hall get together, this is the music that always announces them. Here’s to another 30!