Not every show is going to make it for the long run like Seinfeld, NYPD Blue, Modern Family, or Dynasty. However, there are plenty of one-season shows that could have had the fame of these shows. These shows were destined for greatness but something held them back from being in the spotlight. Some of these shows might have done better as movies or in a single-camera format, but others might have just been doomed from the start. One of the most famous one season wonders was Police Squad! which failed after six episodes. However, it later found great success as a film series we know as The Naked Gun. Anyway, to the list! 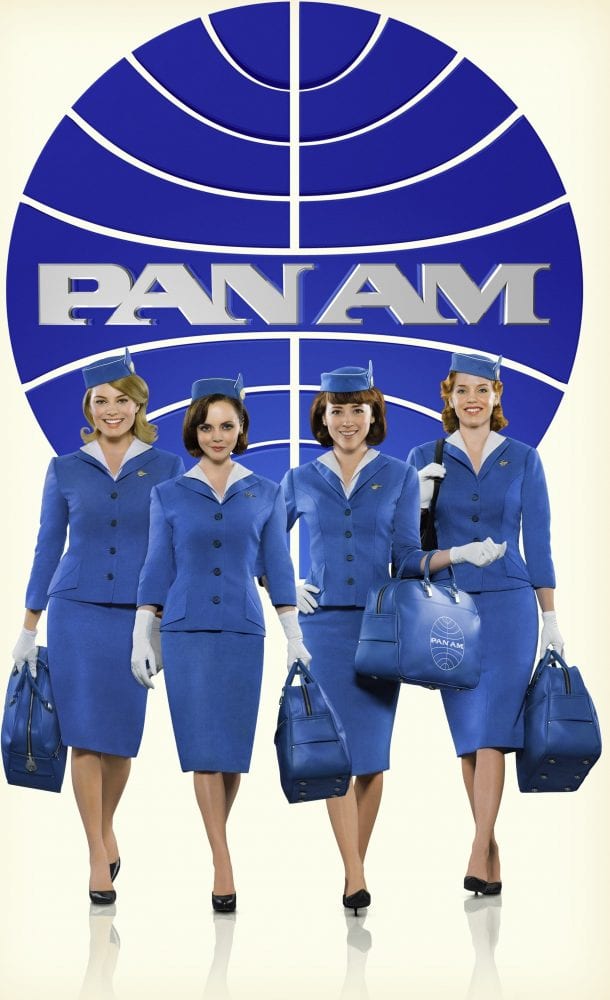 After ABC ended Brothers & Sisters, a series of shows filled this coveted slot, which was after Desperate Housewives. Pan Am was the first of these shows. It centered on the lives of the four stewardesses and two pilots working on an aircraft called the Clipper Majestic for the airline of the same name. Starring Christina Ricci, Margot Robbie, Kelli Garner, and Karine Vanasse, Pan Am blended comedy, drama, and adventure with ease. While the show has been cited as romanticizing the 1960s, it focused heavily on character development and held up with impressive storytelling.

It’s also a thrill watching Margot Robbie play the ingenue through Laura Cameron, a woman who becomes a stewardess like her sister, Kate, played by Kelli Garner, after she decides she wants some adventure before settling down to marry. Considering Robbie would go on merely a year later to play Namoi Belfort in The Wolf of Wall Street, this performance is something to take note of when examining her range as an actress.

Kate spends the series adapting to her new life as a courier for the CIA since a stewardess would be able to travel all over the world without her cover being threatened. Ricci shines as the effervescent and humorous Maggie Ryan, a politically and socially conscious woman who follows the dream of John F. Kennedy. Karine Vanasse plays Colette—initially seen as being just as much fun as Maggie, it’s revealed her past as a victim of the Holocaust.

Michael Mosely and Mike Vogel co-star as the two pilots of Clipper Majestic as Dean Lowrey and Ted Vanderway, respectively. Ted is a former Naval pilot who held a grudge early in the series for not being made a pilot and is instead a co-pilot. Dean is the youngest pilot at Pan Am and is looking to make history with his journeys around the world. The show’s look at how women broke barriers by overcoming sexual harassment and the numerous physical requirements in order to be a “proper flight attendant” is amazing.

Maggie’s progressive spirit provides some of the humor in the show but also delves into the dramatic side, particularly in one of the penultimate episodes, which ends with JFK’s death. The show touched upon topics such as Colette living in France under the Nazi occupation as evidenced in the third episode of the series, “ich Bein Ein Berliner.” Towards the end of the show’s only season, though, things began to heat up with Maggie working with a veteran Pan Am pilot as a smuggler, Laura becoming a model for Andy Warhol, and Colette learning she had a brother. Had the show received a second season, there would have been numerous topics delved into such as the Civil Rights Movement, the further development of the Cold War, and other movements. Sadly, that lack of a second season and a finale riddled with cliffhangers was the fate that met Pan Am.

The desire to redo certain decision’s in a person’s life is sometimes an all too familiar feeling. VH1’s short-lived Hindsight focused on Rebecca “Becca” Brady, played by Laura Ramsey, who was given this chance after a freak occurrence in an elevator on the eve of her second wedding. She wakes up on the day of her first wedding in 1995 with no clear way of knowing how to get back. Becca finds that she is still friends with her best friend Lolly Lavigne, played by Sarah Goldberg. After running out on her first wedding, knowing it ends with fights, affairs, and divorce, Becca is determined to make better decisions and ensure her friendship with Lolly doesn’t end the way it does in 2003.

As Becca disrupted her timeline, she learns not to be a doormat for her overbearing boss, and she learns how to be more of a free-spirit and embrace her talents as a writer. Lolly is the only one to know that Becca came back from the future but struggles to help her find a new path in life. The show recaptured the spirit of 1995 and was able to blend elements of a buddy comedy with an excellent romantic drama. Though the show was originally renewed for a second season, the decision was later reversed after a change in leadership at VH1.