We were 18, and one month in love. I was told that she lived on the other side of my uni residence, but this was never proven. I’ve only ever known her as the girl who moved in with me after two weeks of knowing each other. She never left.

When we watched Before Sunrise, we were falling for each other, hard, but we were both still unsure of how we were going to stick the landing. We didn’t really know one another. The film, and those that followed (the masterful Before Sunset, the devastating Before Midnight), brought us together. It got us talking about the ways we’ve always wanted to be loved, all the places we wanted to go, and all the pitfalls of our former relationships that we were so keen to avoid. That night, we held each other and watched the entire trilogy in one go, ironically reaching the end right before the start of a new day. Before sunrise.

This is the story of two people who meet on a train, get off at Vienna, and walk around for an entire night before being forced to go their separate ways. Along the way, they talk and they talk, slowly losing sense of where they are going, with nowhere they need to be and no one around to know who they are. Richard Linklater, who co-wrote the film with Kim Krizan and the actors, directs in the least intrusive sense of the word: the camera is present without presence. Nothing is implied, yet little is asserted. The film does not know any more about its characters than we do, so we can only be there, with them, from one moment to the next. 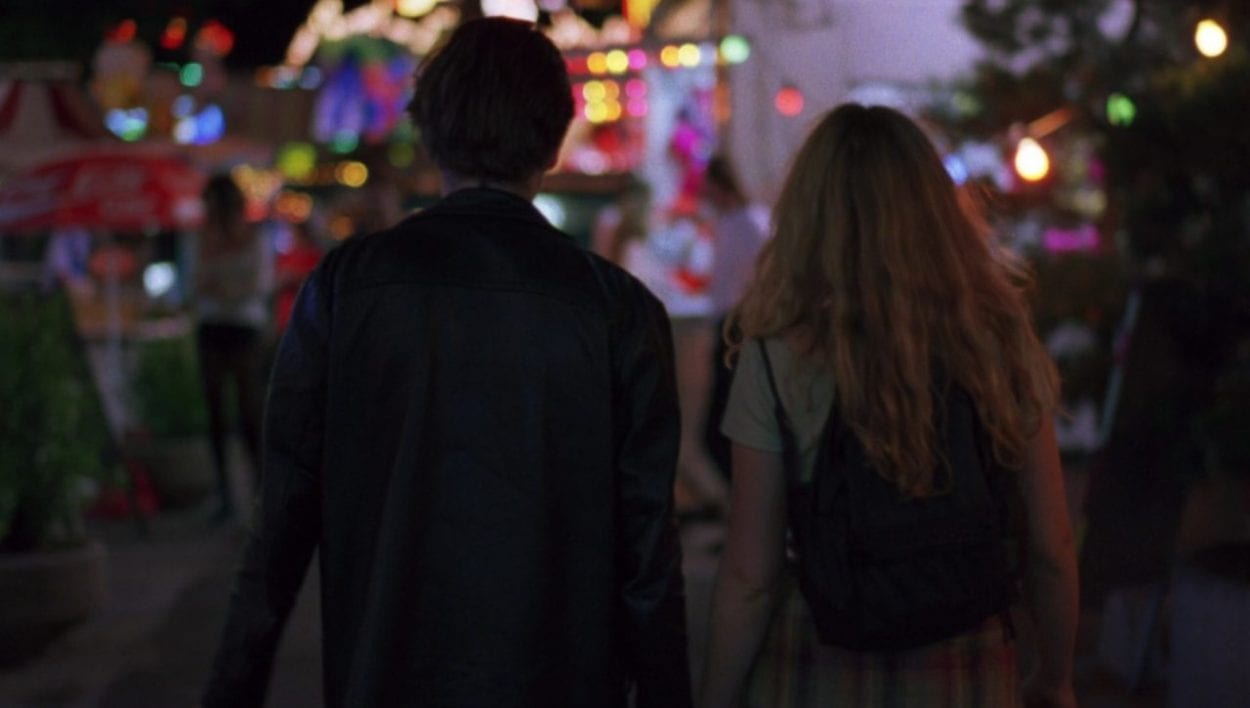 Jesse and Celine, portrayed by Ethan Hawke and Julie Delpy, respectively, rarely leave the centre of the frame, and the interactions they share on this long, meandering night are broken up only by the occasional figure who snaps them out of their joint reverie. These long, steady takes do more than just provide focus to what the characters are saying with their words and their bodies. Each scene that employs this kind of shot loses its identity as a scene. It becomes a moment in time: transitory, fleeting, and achingly real. It becomes a moment in 1995.

For Jesse and Celine, “real time” is what they’re escaping from. The night they’re sharing feels like it shouldn’t be happening—it flies in defiance of their schedules and where people are expecting them to be. “Real time,” then, is the world after sunrise that they have to return to, but for us, it’s what the film deploys, in bursts, to separate these characters from the constraints of narrative expectation. It’s actual time: measured in seconds, and minutes, that we pass through with these characters, never removed from the moment with them.

Soon after they get off the train, they ask two locals about fun things to see or do in Vienna, and they are invited to a play that the two are starring in. This is the first and only point of direction for the film, and it is discarded almost immediately. Instead of a narrative punctuated with points of interest and principles of causation, we are provided with an endpoint (the train at 9 a.m.), with only time to move toward that conclusion. Although Before Sunrise breezes through an entire night and morning in its 100-minute runtime, the fluidity of the editing, the distance of the camera, and the length of its takes point toward a shared experience of time for the audience and the characters. We are walking through Vienna. We are there with them.

Every film in the trilogy follows this format to an extent, and all are fantastic in their own right. When recommending these films to friends, I’ve often (wrongly) simplified each down to its core principles. If you’re a helpless romantic, you’ll love the first the most. A realist or a cynic? Before Midnight. Somewhere in between? Sunset‘s your bet. For me, it’s always been Before Sunrise, and this isn’t just because of my relentless sentimentalism. It’s also because this is the film that allows me to travel through time.

It’s been 25 years since this film was released, and five years since I first watched it, curled up by a window in South London with this stranger in my arms. In the time since, I have seen it around 15 times, in three different places I came to call home. I watched it on Valentine’s Day in the upstairs screening room at the Prince Charles Cinema, where the ceiling is low and shines with tiny, blinking lights. I watched it when I was sad, I watched it when I was happy. I even re-enacted the film—flying to Vienna for one night only, following in the steps of Jesse and Celine. All with her by my side, a stranger no more. 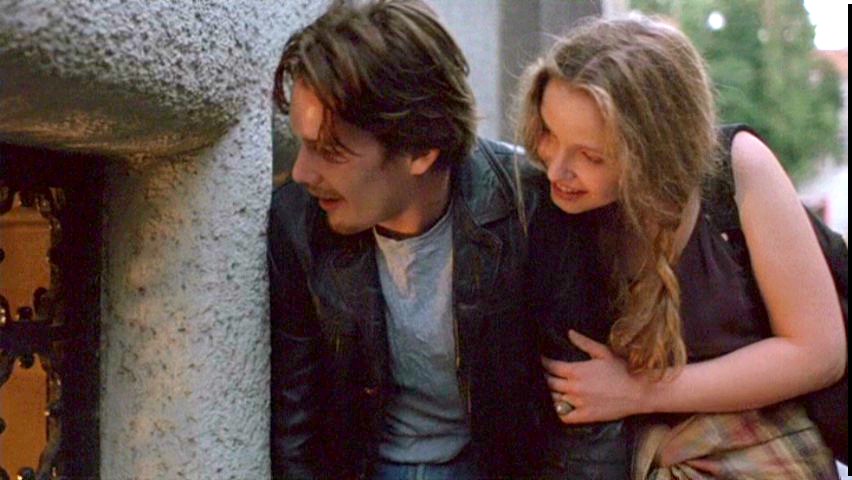 When I revisit Before Sunrise, these places emerge, vivid and brilliant, somewhere behind my eyelids. I can’t summon a memory of how she felt, or even how she looked, on that night in November 2015, but I remember the light in the room and the trees scratching at the window. I can’t even say I remember who she was yesterday, really, when we watched the film again, crying at the same old moments (the harpsichord dance, the embrace after the kiss at the Ferris wheel). Together and apart, we and every other couple always remain in this state of permanent flux: no one is the same, from one day to the next, and there is only ever right now to rely upon. It’s the places that prove we’re here, and walking through the landscapes that have held our most treasured moments brings us so much closer to experiencing them again.

It’s fitting, then, that the film also expresses this sentiment, perhaps more so than any other. When stopping to admire the poster for a Georges Seurat exhibition, Celine traces her finger over one of the pieces. She remarks on how the subjects appear to be dissolving into the background, noting how “the environments are stronger than the people.” Later, after they have parted ways, Linklater betrays the immediacy of the moment that he has cultivated so carefully throughout the film to show us a montage of all the places that captured these two strangers across the night. The bridge where they met the two actors. The riverbank where they were turned into a poem. The park where they lay in the moonlight. Even in the throes of a new day, these places retain their power as memories in the making; they seem to tremble before our own eyes. We know who is missing from them, and yet the traces can still be felt. The last shots of the film are of Jesse and Celine succumbing to these self-made montages, with the country transforming before them, unable to resist the growing, secret smiles on their faces. The environments are not only stronger than people. They are people, when people have gone.

When convincing Celine to get off the train with him, Jesse asks her to think of this opportunity as time travel, for her future self to indulge in a fantasy that most people wouldn’t dare to realise. When sitting down to watch this film in Brighton with the girl I love, it is an opportunity to revisit every experience I’ve had with Before Sunrise in the past. None have been insignificant; all can be summoned. I have my own montage of bedrooms, buildings, boroughs, and cities in which I have lived and loved, with this girl, watching this movie and feeling closer every time. They are more than a series of fleeting impressions. These places are real, and we revisit many of them, often, chasing our ghosts through their various hallways.