We live in a strange time when it comes to our streaming entertainment. It’s kind of a golden age at the moment in that almost every audience is catered for in some way. So, if you have always been a fan of the seminal anime Cowboy Bebop, then there is a live-action version on the way. Always liked the somewhat crass comic book writings of Mark Millar? Netflix owns the rights to most of his work. Anything and everything that has a considerable or niche fanbase are being looked at as a potential audience for something that could cross over and become the next Stranger Things.

We also have a situation where even the most independent and small productions are being looked at as a viable proposition, no matter how short or obscure the influences. If someone somewhere likes a thing, buy it! So after What Did Jack Do? by David Lynch became a day-long social media sensation in January thanks to its appearance on Netflix, for better or worse now we have Blood Machines on Shudder. 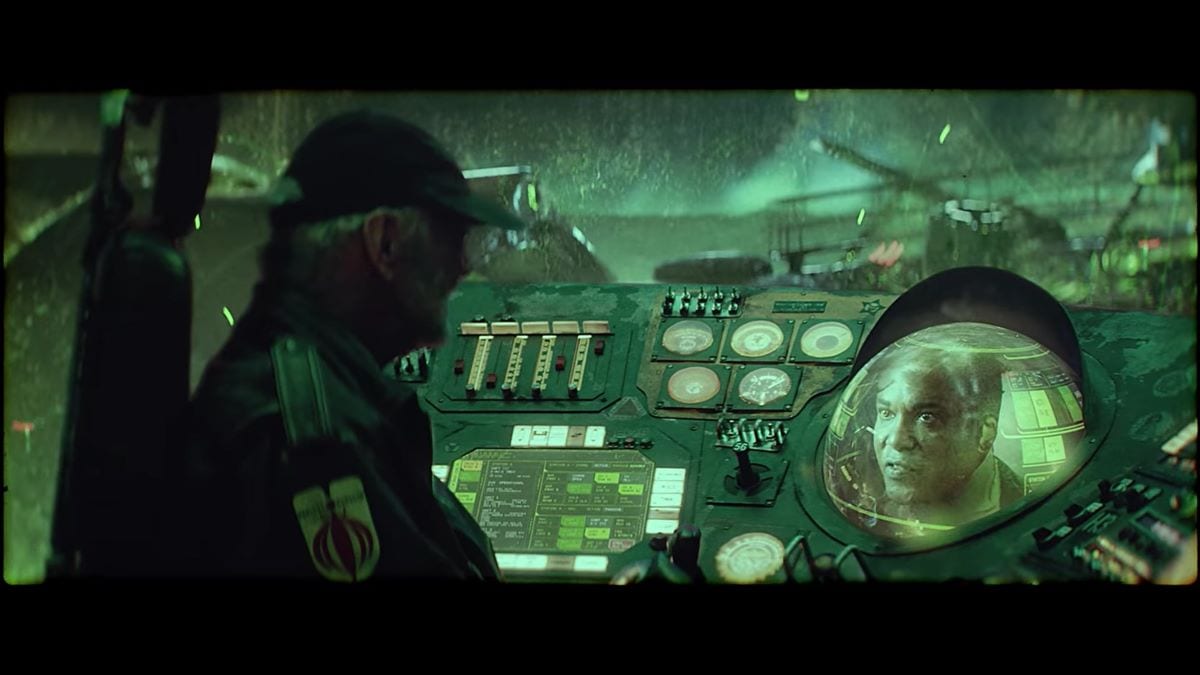 Perhaps the biggest selling point in the trailers for Blood Machines has been the fact that it features a score by Carpenter Brut. Otherwise known as French musician Franck Hueso, Carpenter Brut is known to nerds of a certain age everywhere for being part of a kind of musical movement that sprang up in the wake of the success of Drive in 2011. This also includes groups with names such as Lazerhawk, Powerglove, and Gunship. It is a smaller niche than Retrowave, which is a genre you could say applies to a lot of the mainstream pop bands that sprang up between 2012 and 2016. This niche has a fondness for old school arcade soundtracks, synths, and the musical scores of director John Carpenter. Carpenter Brut stands above the rest due to their evocative song titles and propulsive scores for imaginary films that we never saw. It’s often evocative and thrilling stuff.

Seth Ickerman previously directed the music video to Carpenter Brut’s “Turbo Killer,” and Blood Machines is referred to as a sort of sequel to that one. It certainly shares imagery with regards to upside-down crosses and the scratchy grindhouse footage, but Blood Machines is more of a throwback to the time when a new single and accompanying music video was a huge deal. I remember clearly television premieres being held for videos for old Michael Jackson songs where the video was more of a short film than a three-minute visual accompaniment. It’s an older thing that has been somewhat forgotten in the age of YouTube, so kudos to all involved for bringing that back.

So Blood Machines, despite its soundtrack and sci-fi trappings, feels a lot more like a throwback to the lesser-known straight to video market that dominated the video rental stores in the mid-’80s. Forget Star Wars (1977), Mad Max (1979), and The Terminator (1984), Blood Machines is reminiscent of the imitation cash-ins produced by the likes of Charles Band, Cannon Films, and Roger Corman. Films with titles like Metal Storm (1983), Ragewar (1984), and Space Hunter: Adventures in the Forbidden Zone (1983). You can practically smell the musty old shelves with clamshell packaged movies on VHS as you watch this. 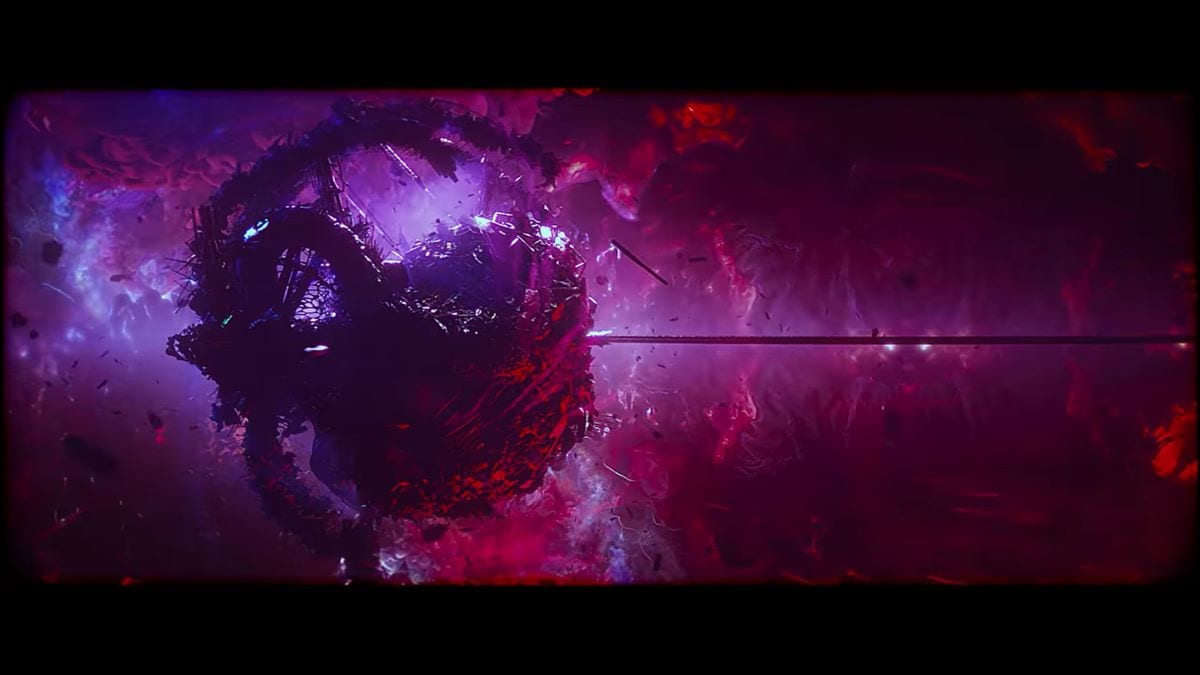 The story, as short and as slight as it is, takes place seemingly far in the future as a starship with two mercenaries, powered by some sort of organic AI, hunts down mysterious women who appear to be some other kind of desirable AI and are able to meld their forms with machines. They are also very fond of nudity in a way that recalls Tobe Hooper’s Lifeforce (1985). That’s basically it for the plot. The remainder of the film is a pounding and increasingly trippy chase through outer space as the visuals ditch their initial influences and become more like a prog-rock album cover in constant motion, as the naked female form blends with the cosmos. We know the mercs want these strange women and are employed by a mysterious corporation. The women want to escape and meld with something psychedelic and far out in the cosmos. That’s essentially all you need to know. Watching Blood Machines is like watching a lava lamp in full flow on mushrooms with music late at night. It is an audiovisual experience, and if you don’t expect much it doesn’t pretend to be anything else.

As a fan of the lost art of the music video and of Carpenter Brut, I find much to like in Blood Machines. It looks cool, and the weapons, vehicles, and robots have a unique design to them. However I question its delivery, and the lack of any real narrative. It feels almost like Ickerman was wanting to make a short film but his hands were tied in that he was actually tasked to deliver a music video. The most prominent performance is sadly a bad one, and we are never really given much of an insight into this world, how it works, and what these characters’ motivations are. Further complicating matters is the decision to split a 50-minute music video into three parts for streaming purposes. When the credits start midway through part two, frankly, it’s a little jarring. The way it was advertised as some kind of cosmic opera and it being promoted by Shudder lends an air of expectation that wouldn’t be there had it just appeared on YouTube for free.

In conclusion, Blood Machines is an effective showreel for someone with a talent for an eye-popping visual who may one day make a great live-action Masters of the Universe reboot. For anyone else, it really only works as a visual tribute to a cult act with a particular fan base. If that’s your bag, play it loud, play it on your largest screen, sit back, and enjoy.