Sometimes all it takes to turn a bad day into a great one is a phenomenal set of lyrics. We all have those go-to songs in our times of need. The lyrics that are universally relatable are the best; it reminds us that we’re not in the boat alone, so to speak, and it soothes our anxiety. Songs that make you smile and want to dance are equally worthy. I could go on and on about my favorite lyrics; it’s hard to narrow them down. There are so many songs I listen to for different reasons, but I’m presenting you with some of my core go-to’s.

I hope these lyrics heal you, make you smile, give you something to connect with, and make you want to dance, just as they did for me. If you have a set of lyrics that does these things for you, please share them with me in the comments.

“Everybody Makes Mistakes/Everybody Has Those Days…”

Confession: I love Hannah Montana. Always have, always will. It’s songs like “Nobody’s Perfect” that just gets me. You make a mistake, you feel bad, guilty, embarrassed–whatever you feel, this song is universally relatable. For me, it’s a fun song, because it almost reverses any bad feeling you have about a mistake (depending on the mistake and how serious it is, anyway) and turns it into a dance party. At least, in my experience.

Those opening lyrics, and the music that gets your heart rate up and your dance moves on soon thereafter make it among one of my favorite songs to listen to when I’m not feeling so fantastic, so “why be so hard on myself?” After all, “you live and you learn it!”

“Well, I’ve Been ‘Fraid Of Changin’/’Cause I’ve Built My Life Around You/But Time Makes You Bolder/Even Children Get Older/And I’m Gettin’ Older, Too…”

Fleetwood Mac’s “Landslide” has long spoken to me, reaching into the depths of feelings I didn’t know I had. Stevie Nicks has a voice like no other, a voice that demands attention. The song is about breaking up, but I’ve always considered it to be afraid of moving on in general as well. Change is scary; sometimes it’s good, sometimes it’s bad, but it’s how you perceive it and how you make that change work for you that really matters in the long run.

It’s a song about growing up, and the growing pains that come with it. Growing up and out of a relationship is the song’s main focus, and that’s a good message. If you’re not meant to be with your person, it can be a difficult fact to face. However, if you stay stuck and don’t move on, that won’t really work out well, either. As the song says, “time makes you bolder”, and with that comes some epiphanies and some decision-making.

The New Radicals left their mark in music history with “You Get What You Give.” To me, it’s always meant that you need to throw out good things and positive vibes in the world, and it will come back to you. The more you give, and the more positive you are, it will be returned. The thing is, it’s so much better to be kind and happy than it is to be mean and nasty. There should never be an ulterior motive for being nice. I would rather make someone smile than frown any day. Or even better, give them something to laugh about.

It’s a song that carries easygoing and lighthearted vibes, and for me, it’s one of the best summer songs, so I’ll be listening to it on playback for the next few months. It’s a good message, it’s a good tune, and it carries good vibes. What’s not to love?

I teared up, hearing this play at the end of Fast 7 in the theater. Wiz Khalifa’s (feat. Charlie Puth) “See You Again” was a goodbye for Paul Walker, but it’s also a goodbye for anyone who’s ever lost anyone they loved. I thought of Paul Walker (I was a big fan and was so devastated hearing he had passed away), but I also thought of all the people I had lost over the years. The people I wanted to talk to, needed advice from, wanted to ask questions.

In my experience, I’ve always felt like they were still around, watching over their loved ones, and it’s a comforting thought. I think that’s why people dream about their loved ones; I like to think they come visit every so often to check in and let us know they’re okay, while simultaneously asking us if we are. I’ve had dreams like that, and I’ve woken up, feeling an overwhelming sense of peace afterwards. I know I’ll see them again, and I know they’re always with me.

I first heard Paul Young’s “Every Time You Go Away” in Planes, Trains and Automobiles. I’ve been a fan ever since. No matter how much you miss your other half, a piece of you is always with them, and that’s why I love the song so much.

Even apart, it’s as though you’re always together, and like Young sings, “Hey!, if we can solve any problem/then why do we lose so many tears.” Goodbyes are tough. Even if it’s for a short time, it’s hard to be separated, but it makes the reunion that much sweeter. It’s a good thing that you miss your person so much, that you want your every moment spent with them. It means a lot to the relationship, and it means that every time you go away, no matter how far away you are, you’re still with them, almost like you took a piece of their heart with you, and left a piece of your heart with them in turn.

“L Is For The Way You Look At Me/O Is For The Only One I See/V Is Very, Very Extraordinary/E Is Even More Than Anyone You Adore Can…”

I love songs about love. Classics like “L-O-V-E” by Nat King Cole are right up my alley. I love older movies and songs, and this one is about nothing but the best things about love. An acronym stemming from the word “love” is beautiful, and renews my faith in the power of love anytime, anywhere.

“Love was made for me and you” is another of my favorite lyrics from this song. I believe every love between two people is different; love being different things that make that relationship work. There’s no limit on what love is or what love can be, and these lyrics are a symbol, at least in my book, of that.

“Hey, Don’t Write Yourself Off Yet/It’s Only In Your Head, You Feel Left Out/Or Looked Down On/Just Try Your Best, Try Everything You Can/Don’t You Worry What They Tell Themselves/When You’re Away…”

Jimmy Eat World’s “The Middle” is a timeless classic, and a must-have on your playlist. I mean, the opening lyrics say so much in just a few simple words. It’s about you, not them. Don’t worry about what they say or do. If you’re making choices they don’t like, so be it. It’s your life, not theirs.

“Live right now, just be yourself/It doesn’t matter if it’s good enough/For someone else” are another brilliant set of lyrics from this song. Be in the moment, and be you. If it’s good enough for you, then it is good enough. It’s nice to be reminded, and I’ll forever love Jimmy Eat World for their song and its reassuring mantras.

Huey Lewis And The News are one of my favorite bands of all time, one of those reasons being because of “The Power of Love.” I watched Back to the Future thousands of times as a kid, and one of the reasons I love the song so much is because of that movie.

“But it might just save your life” is my favorite among the above lyrics. Love isn’t easy; it takes work, time, and plenty of navigation. Yet, the lyrics are right: it might be the savior you needed all along. In one of my favorite movies (Aquamarine), love is described as being “the closest thing we have to magic.” I believe that, because nothing is as powerful as love, and nothing can turn your life around the same way love can, and does. It’s a magic like no other, and a magic worth experiencing and ultimately, having. After all, saving lives and conquering what may have been deemed impossible are both major parts (and benefits) of having the “power of love.”

“I Hear It Every Day/I Hear It All The Time/I’m Never Gonna Amount To Much/But They’re Never Gonna Change My Mind, No…”

Selena Gomez is another of my favorite artists–I grew up listening to her, and as a kid with big dreams, this song was, and still is, one of my go-to’s on my playlist. I believe in big dreams, and I’ve had people question and criticize me over the years, and it feels absolutely thrilling every time I prove them wrong. The thing is, I don’t set out to prove them wrong; I set out to achieve my dreams. Proving them wrong is just a perk.

“Tell Me Something I Don’t Know” is one of my favorite songs because I concur with it so much. Why don’t they tell me something I haven’t heard already? Why do they have to be so critical of my dreams and aspirations? It’s not their life, it’s mine, and I’m doing what I want with it. Their criticism has made me stronger, but “they’re never gonna change my mind, no.”

I love Israel “IZ” Kamakawiwo’ole! He has a beautiful voice and “Somewhere Over The Rainbow” is one of my favorite songs of all time. Dreams coming true are one of the best forms of magic and happiness in my humble opinion. IZ paints a beautiful picture alongside dreams coming true, with rainbows and bluebirds, and references lullabies–these images as lyrics are absolutely stunning and suiting all at once. It’s as though the lyrics are painting dreams as colorful and coming from far above, somewhere great that we can only imagine, but can be rest assured exists.

One of my dreams is to visit Hawaii someday. When I do, you can be sure this song will be playing wherever I go. My dreams will come true–some already have, because “dreams really do come true.” 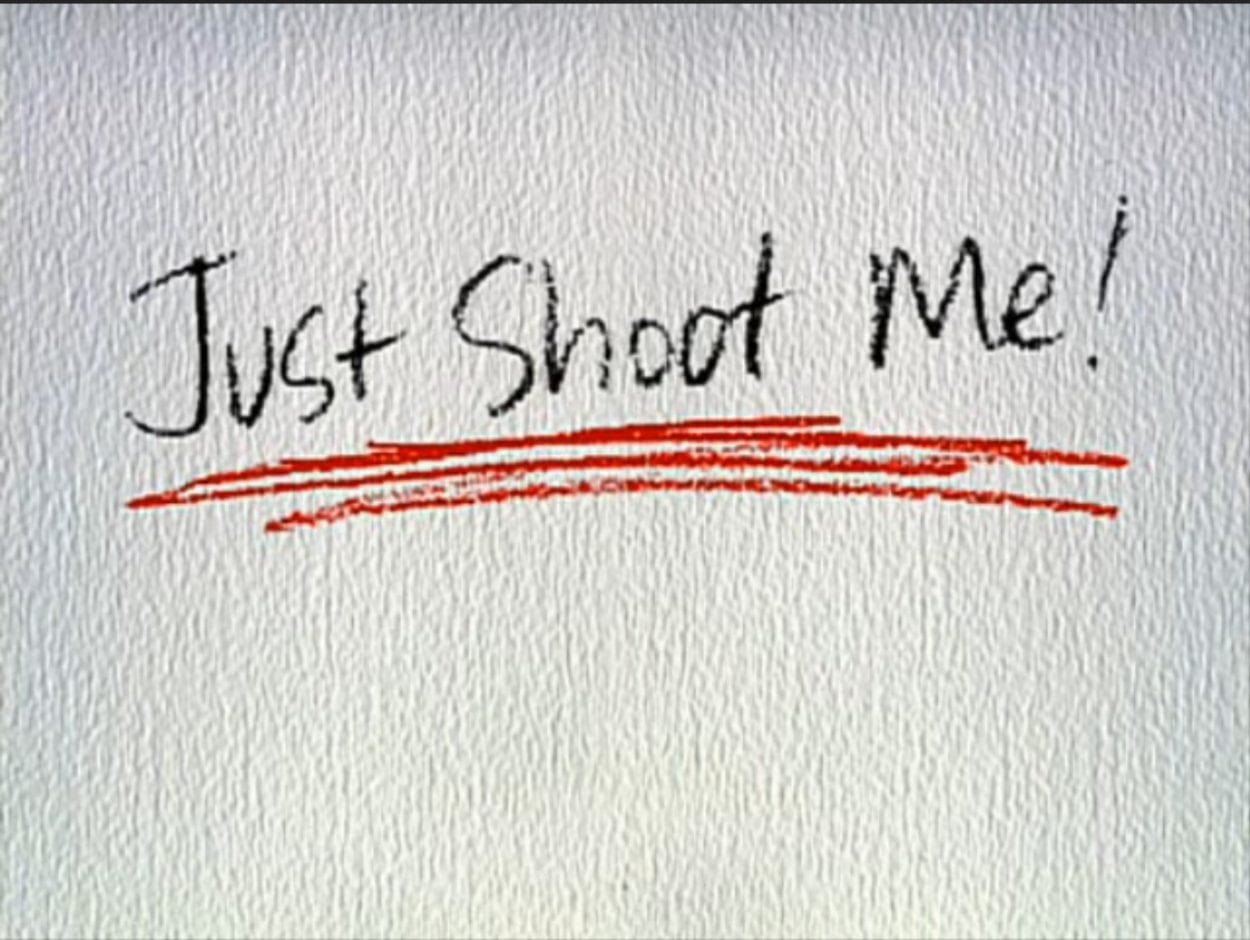