One of my fondest childhood memories is my mum taking me and my older brother to the cinema to see The Mask. I was only six years old but it had a massive impact on me. Not least because Cameron Diaz was my first crush, which sounds weird to say now as I was a young child at the time but I only know it was such in retrospect; at the time they were feelings I couldn’t quantify. Jim Carrey was at the peak of his powers and I was already a big fan of superhero cartoons, so his performance just played into everything I loved. This dynamic duo were a power couple, even to me as a kid.

The Mask was light years ahead of its time in ‘94, especially when you look at the current climate of cinema. It’s only in the last ten years or so that superhero movies have taken over the box office, but here is a critically and very commercially-successful comic book movie that dropped more than 25 years ago. This made it the perfect candidate for me to revisit and see if it has held up in quality over the years. Being essentially a comedy, it also has the added challenge of potentially dated humour to overcome too. In all aspects though, the movie comes out on top; let me tell you why.

The movie is based on a very adult Dark Horse comic and the character in the source material is the original Deadpool. He’s a psychopathic killer, fuelled by black humour, ultra-violence and an extreme healing factor, plus he was breaking the third wall before the “merc with a mouth” ever existed. Weirdly, Carrey had previously appeared in a Dirty Harry movie called The Dead Pool, and he’s known for doing impressions of this character which he does in The Mask as well. Anyhoo, it took years of dedication from Ryan Reynolds to finally get Deadpool to the big screen in 2017 and he had very little support from the studio.

They weren’t willing to accept it and when it became the highest R-rated movie ever, it showed how out of touch they were and that they clearly don’t have a clue what they’re doing. The point is, studios and even audiences wouldn’t have been ready for this kind of character back in the mid-‘90s. It was a wise move on Director Charles Russell’s part to omit the gory violence and accentuate the cartoony mischief and comedy instead. There’s a dark element to it that goes to the edge but is careful not to slip off. This is remarkable, considering Russell’s previous projects were horror movies such as Nightmare on Elm Street 3 and The Blob.

The script was rewritten for Carrey by Mike Werb and includes numerous witty pop culture and real-life references. Russell said they saved a lot of money on special effects as he was so flexible in his physical comedy. Carrey also did all his own incredible dancing, sang using his own voice and even learnt to talk with the giant prosthetic teeth he wore, which obviously meant less dubbing was needed. The Oscar-nominated special effects, especially the makeup used to create The Mask itself after its transformation is astonishing and looks as good today as ever. The CGI used, with its cartoonish style and shrewd texturing has also aged extremely well. We have the guys at George Lucas’ company Industrial Light and Magic to thank for those.

The costumes are also exceptional, Carrey’s iconic banana-yellow zoot suit was modelled after one his mother made him for his first standup shows. The whole look of the movie, with its exaggerated cartoon, film-noir style is all on point, down to the grim look of Edge City and its Copacabana-style night club. This is possibly the only movie that Carrey has been in where all the visual aspects match his dynamic, over-the-top, slapstick performance and makes it his most charismatic. The score and songs used are great as well, the climax of which is his funny musical number “Cuban Pete,” in which he seduces the whole police force into joining him in singing and dancing in a conga line.

I can honestly say I was just as enthralled by it as when I was six years old. I actually miss The Mask when he’s not on screen and can’t wait for him to return, making his appearances potent and his comeback at the end of the movie so palpable. On top of this the movie’s still hilarious, so much so that it makes me a bit sad that modern comedy movies are generally so poor. It’s so rare to find one that makes me laugh out loud as many times as The Mask does or has a performer as talented as Carrey. The character was clearly inspired by The Joker and also a lesser-known, favourite Batman character of mine called The Creeper.

However, Carrey makes it his own with a lot of improvisation and said what drew him to the role was actually Stanley Ipkiss’ love of cartoons, who is The Mask’s secret identity. This meant he had the opportunity to emulate The Tasmanian Devil, Bugs Bunny and Pepe Le Pew all in the same movie. The story is also savvier than it appears on the surface with undercurrent themes. Ipkiss is a nice guy who’s just incredibly unlucky, gets walked all over by people and lacks self-confidence. The Mask ultimately rights these wrongs in his life and gives him the boost of encouragement he needs to steer his life in the right direction, whether it’s standing up to his entitled boss or going after the woman of his dreams. 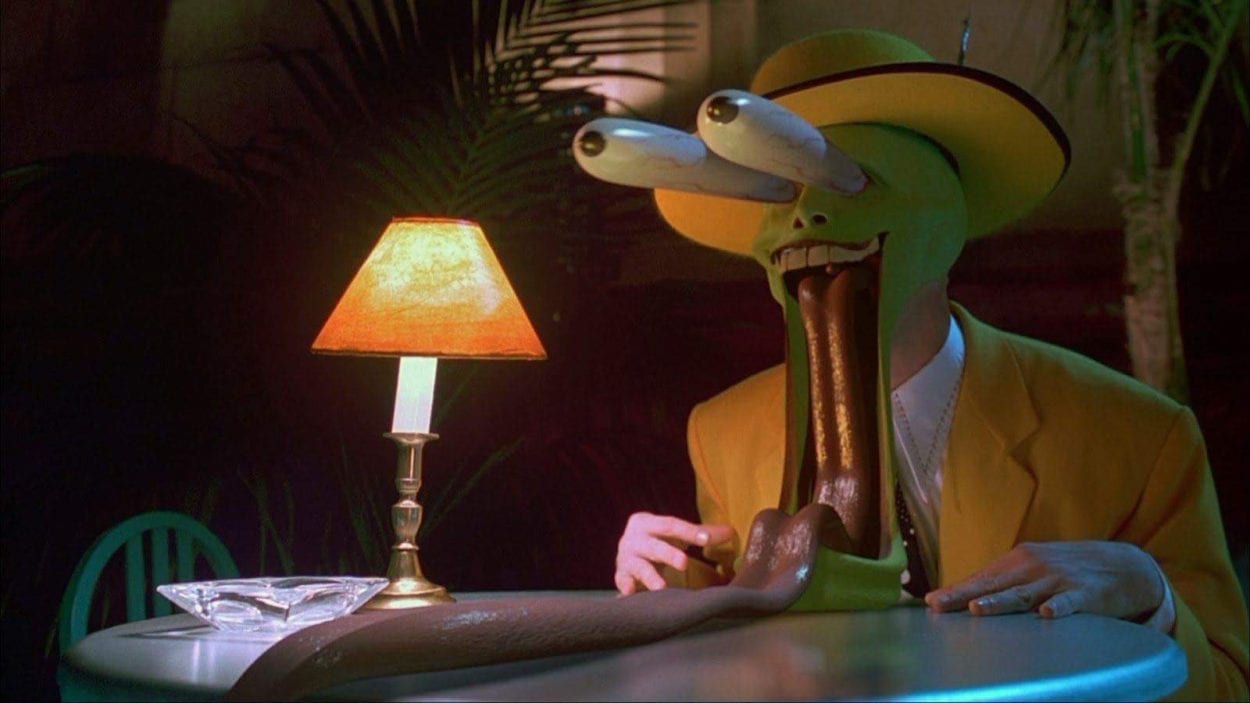 It’s also heart-warming that Diaz’s character Tina, ends up falling for the secret identity and not the hero, something Lois Lane definitely can never claim. It sends a nice, simple message that says if you’re a good guy who has some self-confidence, there’s no saying what you can accomplish. At a stretch, you could also say that The Mask is even a metaphor for drugs… just something to think about. It’s crazy to consider that this was only Carrey’s second movie after Ace Ventura, which came out earlier in the same year. Diaz also does well considering that this was her acting debut and had only modelled up to this point; it made her an instant star.

The movie grossed $351 million on just a $23 million budget, which made it the second-highest-grossing comic book movie at the time after Batman. It also remained the most profitable one right up until last year, when it was finally surpassed by Joker. Fitting, as he was such a big influence on the character of The Mask. The movie spawned a cartoon TV series, which I remember enjoying as a kid and had its own video game. It’s short, sweet, highly rewatchable and wrapped in a ‘90s nostalgic sheen. Carrey declined the offer to return for a sequel, which I feel was probably the right move. I feel this movie works best if it remains a bizarre flash in the pan. 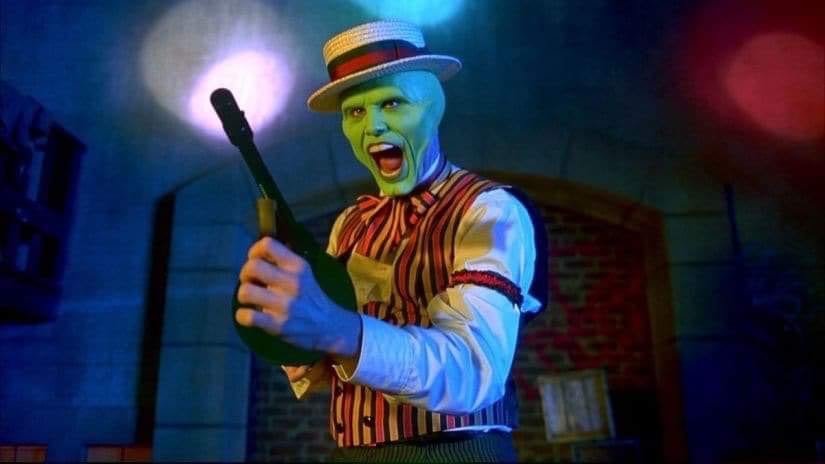 Although… maybe it’s time for an R-rated reboot that’s true to the source material, to show Deadpool who’s the original prankster, that could be a spicy meatball!