The Whispering Winds of David Lynch: “Listen to the Sounds” is a guest article written by Chloe Buse

He is a director whose surreal style and imaginative worlds have influenced many creative minds and garnered many artistic accolades. But David Lynch’s wonderful and strange screen forays aren’t limited to directing and occasionally acting in his works—he also pioneered the sound design for the majority of his filmography. By both acting as sound designer and director, Lynch is not only able to brand every aspect of his work with his filmic fingerprint—he also utilizes his dual role for storytelling purposes. As a sound designer, Lynch uses audio as yet another avenue to propel his story, giving audio cues that inform the viewers and listeners on a subconscious level. Sound is yet another tool for Lynch to twist, making audiences uneasy without a word, imparting a threatening aura to a character or situation through specific sonic vibrations from his dark palette.

David Lynch began his illustrious career working sound design on his debut feature film, the infamous indie nightmare Eraserhead (1977), a horror film by way of René Magritte from the head of a filmmaker immersed in all things art. Eraserhead can be interpreted in a myriad of ways, but Lynch’s clear intent in crafting what he dubs his “most spiritual film” was to make the viewer deeply uncomfortable. Despite the jarring visual language of Eraserhead’s disturbing world, the driving force in Lynch’s cinematic symphony of dread is his sound design—namely his hallmarks: deep droning low-end tones and ethereal wind. Lynch worked with collaborator Alan Splet on the sound design for Eraserhead. In fact, Lynch claims his obsession with wind sounds stemmed from his work with Splet on Eraserhead: “I think that wind sound came from Alan Splet … in northern Scotland. He was recording winds in the ’70s. It’s a wind that just feels so good to me.” (Murray.) The aural toolbox built from Eraserhead’s industrial wasteland is emblematic of Lynch’s approach to emotional, story-driven sound, and births the nascent sonic themes that he revisits throughout his entire filmography. 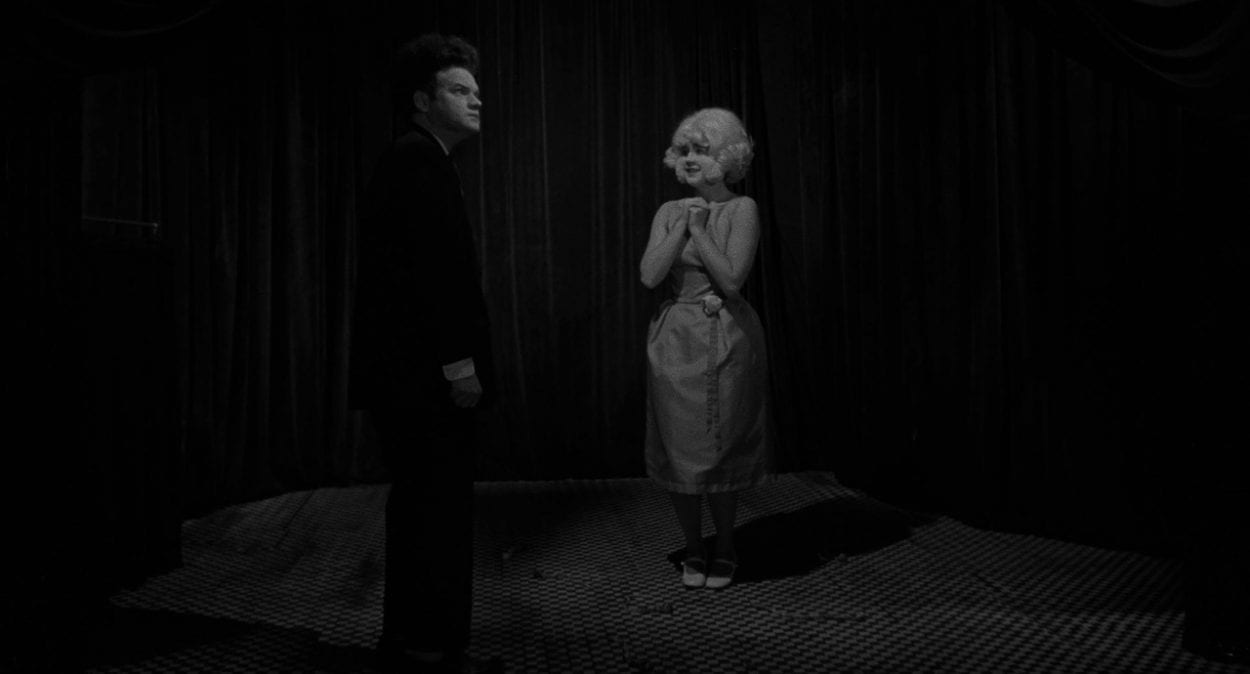 Lynch further developed this palette of sounds in his neo-noir-meets-psycho-horror trip Blue Velvet (1986). The film is an ode to Lynch’s deep artistic obsession with disquieting juxtapositions: between the shiny façade and the seedy underbelly, between innocence and decay, between the pretty song and the pain of its singer. Lynch fully considers audio, and especially in this venture, music, as a crucial element of his mise-en-scène, delivering story information to the viewer. The fact that Blue Velvet was inspired by Bobby Vinton’s 1963 cover of The Clovers’ tune (Schwarz) allows Lynch for the first time to explore the usage of pre-existing music, which he melds with a disturbing dirge to create a soundscape whose mood swings from a cheery bop to an ant swarm’s “manipulated sound montage… that overwhelms and unnerves, rendering the otherwise unthreatening undergrowth dwellers monstrous and terrifying.” (Norelli.) Lynch exerted his creative control as director to further guide the sound by working closely on the orchestral score with the composer who would become “the servant of Lynch and Lynch only,” Angelo Badalamenti. (Eicke.) Lynch instructed Badalamenti to compose a score “like Shostakovich,” a composer Lynch was listening to at the time. (Lynch/Rodley.) “Be very Russian, but make it the most beautiful thing, but make it dark and a little bit scary.” (Hughes).

The titular song “Blue Velvet” is the heart of the movie; its jaunty sock-hop guitar rhythm presenting a thematic overture for Lynch’s look into the corrupted aspects of a seemingly innocent small town. After Badalamenti’s whirling intro accompanies fluttering blue curtains to set the stage for high drama, the choir of crooners cooing “Blue Velvet” stir up more instant nostalgia for the midcentury aesthetic than a needle hitting a record player. The naïveté of nostalgia for an era so stylistically appealing but filled with heinous human rights abuses is indicative of the filmic world Lynch is creating, as well as reflective of his nostalgia for growing up in the ’50s concurrent with his more unsavory childhood experiences. For example, when Lynch was approached by a bloodied, screaming woman while playing outside as a young boy, he got a glimpse into the same violent darkness innocent Jeffrey bears witness to in Blue Velvet. (The Art Life.) Lynch is using music from his childhood, but with an acute awareness of what feelings that music can conjure up—his use of associations with ’50s and ’60s music to hint at crucial character details without ever directly revealing them “encourages a new mode of reception, a way of listening that augments our understanding of the repertory, and indeed opens us up to the ‘marvelous’ qualities of recorded music.” (Mazullo.) 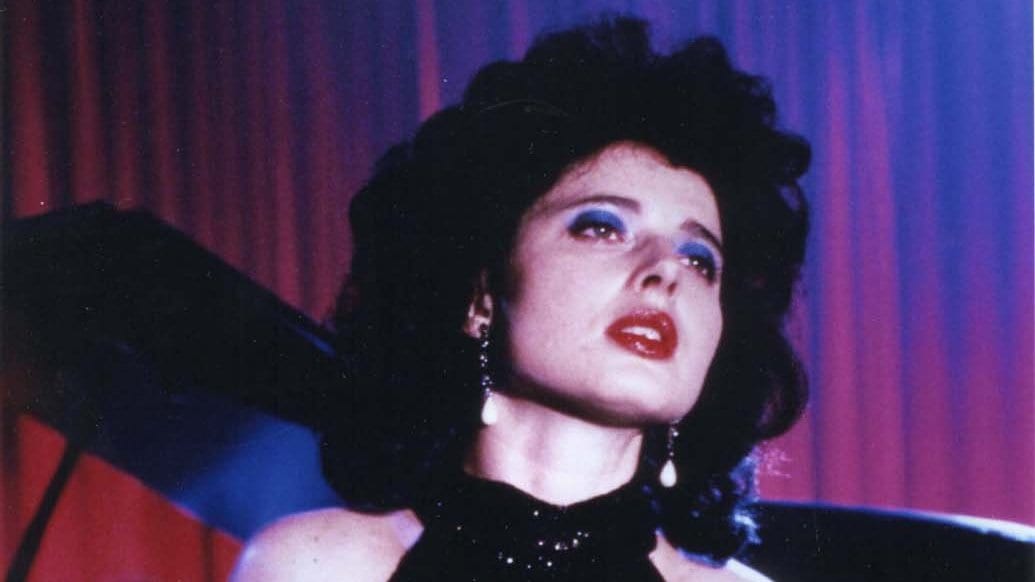 A masterpiece example of Lynch’s technique of unlocking story secrets with sound is his winding 2001 enigma Mulholland Drive. Sole sound designer Lynch hones in on sweeping viewers through the story with deep repetitious tones and forceful winds as a mood-setter or transition, fusing story and sound perfectly in tune with Badalamenti’s hollow, distant horns and smoky synths.

Mulholland Drive’s ethereal sound design is filled with other Lynchian trademarks: atmospheric low-end vibrations, like the deep gurgling bass that kicks in over the more floaty, dreamy drums and guitar when Betty gets mad at Rita for suggesting they break up, word/sound irony and juxtapositions, reversed noises, atmospheric crescendos that tell the listener how to feel instantaneously, and hierarchical volume that reveals and conceals what Lynch wants. In Lynch’s hierarchy of audio, punches, car crashes, and smashes are loud and crisp in the sound mix, almost as if abruptly snapping you out of the dream his sublime ambient soundscape creates. The most straightforward dialogue is the loudest, while mysterious dialogue is hushed. For example, when “Betty” (Naomi Watts) unknowingly calls her true self, “Diane Selwyn” on the phone, it’s indeed Watts’ voice on the other end, barely audible and obfuscated purposefully by Lynch to add a layer of subtlety to the bizarre moment where dream and reality collide. 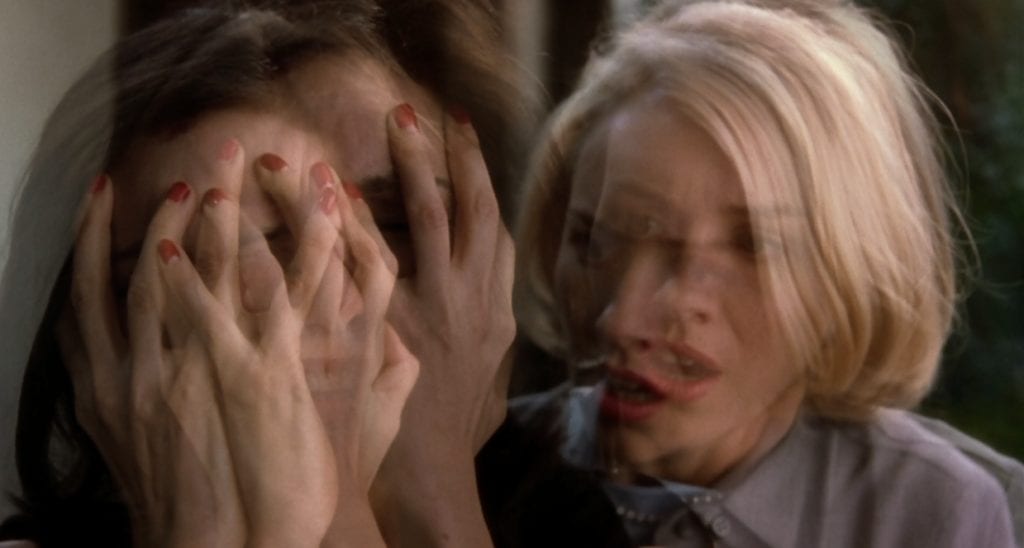 Lynch lends his churning cacophonies to Mulholland’s Winkie’s Diner dream scene and creates a masterclass in dread. A man recounts his nightmare and although its imagery is innocuous, everything described over Lynch’s soundscape is terrifying. Alarming rumbles are sourced from low brass combined with the cries of descending high strings, all layered over otherworldly clicking and echoing. Sounds screech hopelessly together without forming a song. A possible influence on Lynch’s sounds here could be Krzysztof Penderecki, whose similarly skin-crawling “Threnody for the Victims of Hiroshima” would later be used by Lynch to abstract excellence in Twin Peaks: The Return. Lynch’s tones tell us how to feel, or that we shouldn’t trust the elderly couple laughing with an earth-shaking distorted tumult.

Muffled noise rushes through the hypnagogic cab ride to the astral Club Silencio, the underwater quality of sound fitting the confused state of consciousness as sleepy Betty and Rita navigate through their layered dream world. The characters performing onstage at the club directly interact with the music and recognize its artifice. “No hay banda,” the would-be emcee repeats, emphasizing the construction of their reality, and referencing the fabrication of the film itself. He speaks of a clarinet, and the clarinet appears. “This is all a tape recording.” Club Silencio transforms from a deafening lightning storm into an almost-inaudible wind after Rebekah Del Rio sings a Spanish cover of Orbison’s “Crying.” In another display of both the illusion of the world and the faktura of the production, Del Rio’s singing continues to ring out after she seemingly drops dead onstage. 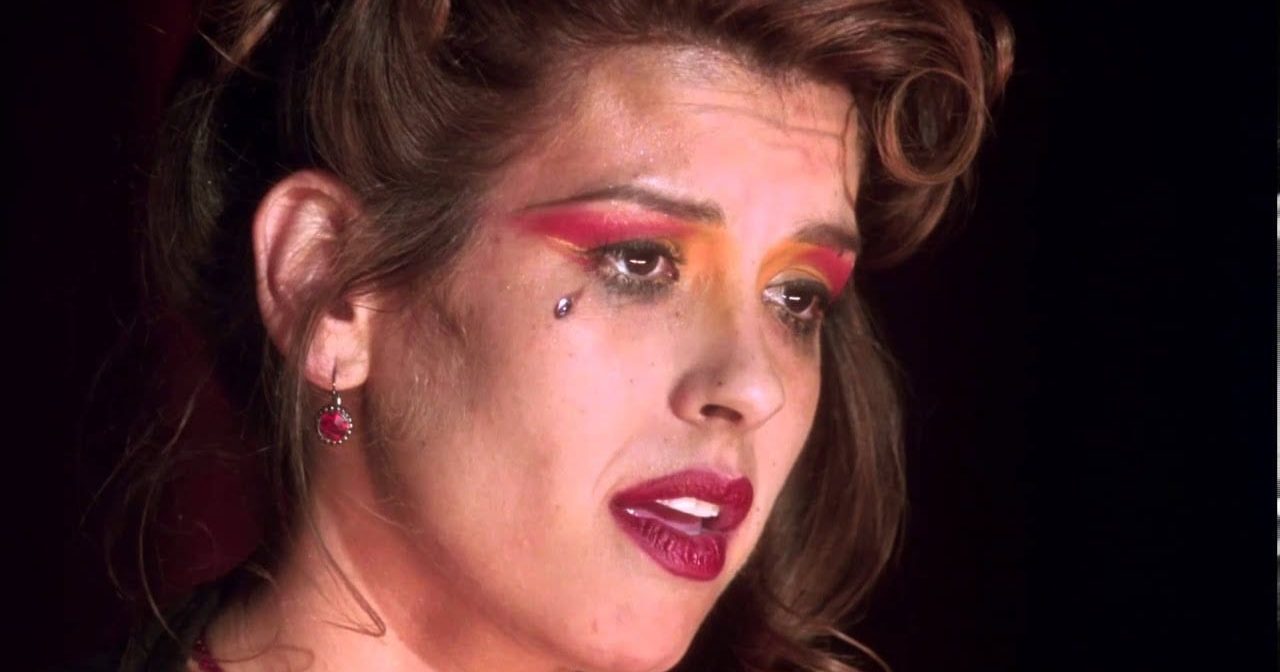 There are only two complete silences in Mulholland Drive. The first silence is when Rita unlocks the arcane blue box and disappears, leaving behind a completely silent room. The sound pauses to think: where has she gone? Where have we gone? The silence transforms the apartment as the camera pans over its emptiness, and the world is reset to a different reality.

The second silence follows one of the loudest points in the film—Diane and the old couple screaming preceding Diane’s suicide, a crescendo above all tones cutting like knives in the ear. The harsh discord bleeds into total distortion, then “Silencio” – complete silence after the billowing smoke from Diane’s gunshot clears.

Clearly, Lynch knows how to command the use of silence as well as shrieks and whipping winds. His common repertoire of tones and gusts carries each story from place to place, creating a strong sense of emotion without using a word. “I always say that cinema is sound and picture, flowing together in time,” Lynch muses. “When all the elements come together, you can get this thing where the whole is greater than the sum of the parts.” (Murray.)

Eicke, Stephan. “Something Familiar, Something Similar.” The Struggle Behind the Soundtrack: inside the Discordant New World of Film Scoring, by Stephan Eicke, McFarland & Company, Inc., Publishers., 2019, p. 81.