Welcome to What’s the Buzz, 25YL’s feature where members of our staff provide you with recommendations on a weekly basis. In our internet age, there is so much out there to think about watching, reading, listening to, etc., that it can be hard to separate the wheat from the chaff, filter out the noise, or find those diamonds in the rough. But have no fear! We’re here to help you do that thing I just described with three different metaphors. Each week a rotating cast of writers will offer their recommendations based on things they have discovered. They won’t always be new to the world, but they’ll be new to us, or we hope new to you. This week, Will Johnson finally gets to watch My Spy on Amazon Prime, and Hawk Ripjaw checks out Into the Night on Netflix.

Will: The last advanced screening invitation I received 42,000 years ago when the Earth was normal and clean was for the Dave Bautista vehicle My Spy. Needless to say, after an already torturous release history, the coronavirus epidemic hit and the screening never came to pass. The film was never released in the United States theatrically, and thus the last advanced screening I saw as a press accredited film critic was Bloodshot . [shudders]

So it was with some sense of excitement, or at least professional interest, that I finally got to see My Spy thanks to its worldwide release on Amazon Prime. And it was certainly worth the wait, especially if you are into sweet, genial comedies meant to offend no one and warm your heart. Yes, My Spy goes for the heartwarming set by pairing a hulking straight man with a precocious (and, adorable) fourth-grader, who get into wacky adventures together all whilst mired in an international conspiracy. Think Cop and a Half just it doesn’t suck. 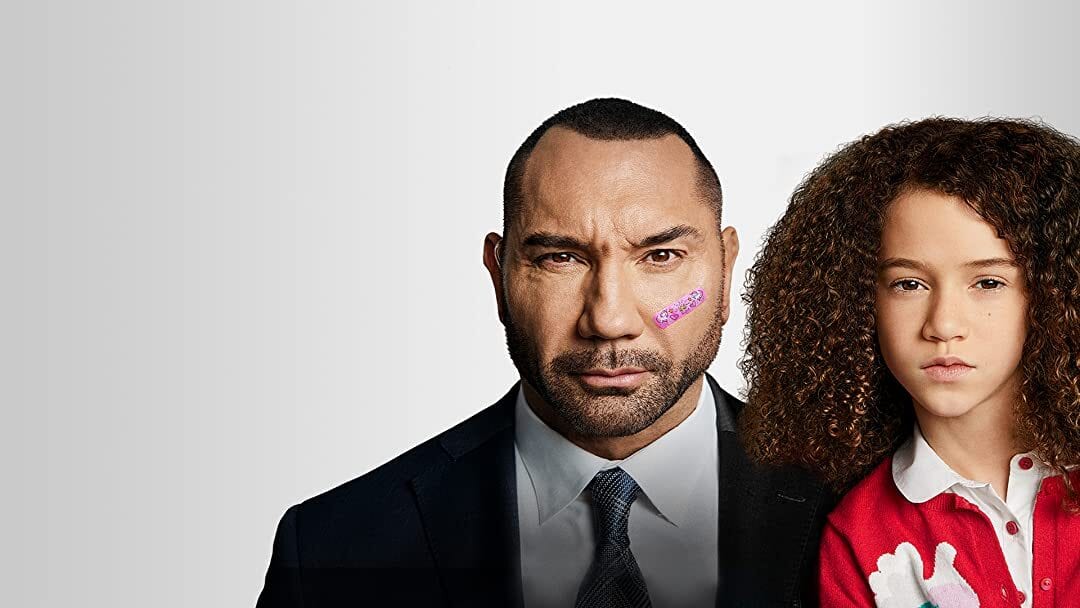 Directed by comedy veteran Peter Segal (Tommy Boy, Get Smart), My Spy tells the story of ex-soldier and piss-poor CIA officer JJ (Dave Bautista) who is given one last shot to keep his job by monitoring the home of an international terrorist’s sister-in-law named Kate (Parisa Fitz-Henley) to see if said terrorist (named Victor) makes contact. Kate has just left Paris to escape the toxic situation and taken her precocious but lonely nine-year-old daughter Sophie (Chloe Coleman) with her. JJ, with his adoring “partner” Bobbi (Kristen Schaal), mess up so badly during the surveillance however that Sophie discovers them and blackmails JJ into being her friend and teaching her how to be a spy, something the taciturn and anti-social JJ does with little enthusiasm…at first. You see where this is going. As JJ and Chloe bond, Victor inches ever closer to the family, threatening their lives.

My Spy doesn’t break any new ground narrative-wise but sometimes the most trodden paths can be the most comfortable. In cases like My Spy, the pieces on the board are more important than the board itself. In this case, the cast for My Spy is what sells the picture. Bautista, who works best as a straight-man in a supporting role, does a fine job carrying the movie in the lead. He still plays the straight man but that allows the brilliantly talented Chloe Coleman to steal the show as the 9-year-old spy wannabe. Child actors can be a mixed bag but Ms. Coleman is authentic and adorable—a winning combination.

The other key component in an “action” comedy is allowing the comedy to take center stage. In this case, there is a mixture of good ad lib moments from veterans like Schaal and Ken Jeong as well as natural humor from Bautista and Coleman. Though the movie is PG-13, it does involve children but it never plays down to the audience. There is no scatological humor or dumbed down jokes: it plays the material straight. The action is, of course, piss poor and directed poorly but you don’t come to a film like this for that. Thankfully it doesn’t take up much of the running time. And when it does, it is played for laughs, like when Sophie begs JJ to teach her how to walk away from an explosion in a cool way.

My Spy deserved a shot in theaters and was robbed thanks to studio interference and a virus. The least you can do while you are stuck inside is give an hour and forty minutes of your time to diabetic inducing sweetness with a side of laughs. My Spy is available on Amazon Prime now.