Seinfeld first aired on TV 31 years ago today (5th July 1989). I wanted to celebrate my favourite character of the gang, Elaine, played by the utterly vivacious Julia Louis-Dreyfus. Elaine is neurotic, bitchy, and above all else: picky. While Jerry and George both find something wrong in almost every woman they meet, Elaine seems to attract the oddballs. She dates a lot, rarely has serious relationships, and is known to end things over some somewhat arbitrary reasons. But not always, sometimes she finds really great guys but loses them due to her exceptionally high standards, nitpicking and her eccentric behaviours. Her storylines and shenanigans always make for the most captivating plot points of the beloved sitcom.

Are Elaine’s standards so high because she knows her worth as a captivating, illustrious vamp? Or does she have intimacy problems and rocks the boat at the first sign of smooth sailing? Honestly, I don’t care— they’re both relatable as hell.

So without further ado, here are my favourite of Elaine’s love interests—and her reasons for dumping them. I am not adding all of her boyfriends here as there are A LOT, but the most memorable.

Jerry is Elaine’s first known boyfriend. We don’t learn who broke up with who, but we do know two things: they split because they agreed they’d be better off as friends, and Jerry never gave Elaine an orgasm—she faked it every single time. We learn this in the fifth season’s premiere, “The Mango,” when Jerry gets a second chance to get Elaine to the finish line. He does not succeed. So you might guess that she dumped him, but maybe he just couldn’t handle the pressure. They are both as awful as each other when it comes to relationships so who knows. They are probably perfect for each other.

Then there was that time that Jerry proposed to Elaine in “The Serenity Now” (S9E3). Confused by the sudden onslaught of invitations to bar mitzvahs from men who are infatuated with her, George explains that it’s because Elaine has “shiksa appeal.” Meaning that she is attractive to Jewish men because she doesn’t remind them of their mother (Elaine is not Jewish). Falling into the same haze, Jerry gazes at her longingly, gets down on one knee and proposes. Elaine avoids the question, explaining (while with a mouth full of banana) that she’s got a lot going on at work right now, only to return the next day to ask for his hand in marriage. Alas, he said no. But she said no first! 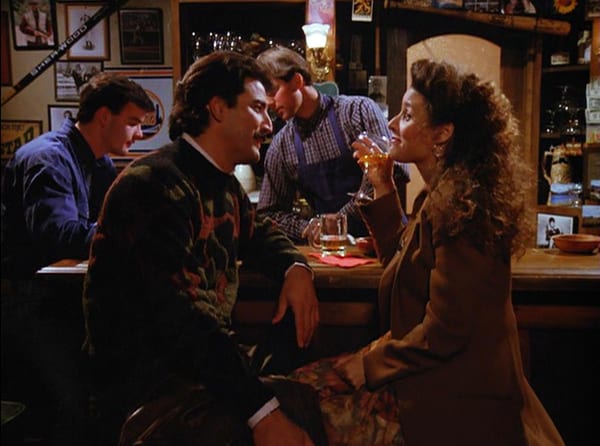 Yep! The real Keith Hernandez of the New York Mets baseball team. Enamoured with Elaine, Keith asks his new friend Jerry to set them up. He agrees but becomes jealous when his favourite baseball player spends more time with Elaine than him. Keith and Elaine were great together, but she breaks up with him over his smoking habit. Just goes to show you can be famous, but not “sponge-worthy” in Elaine’s eyes. You have to admire her for that.

Joel Rifkin, played by Anthony Cistaro, in “The Masseuse” (S5E9) 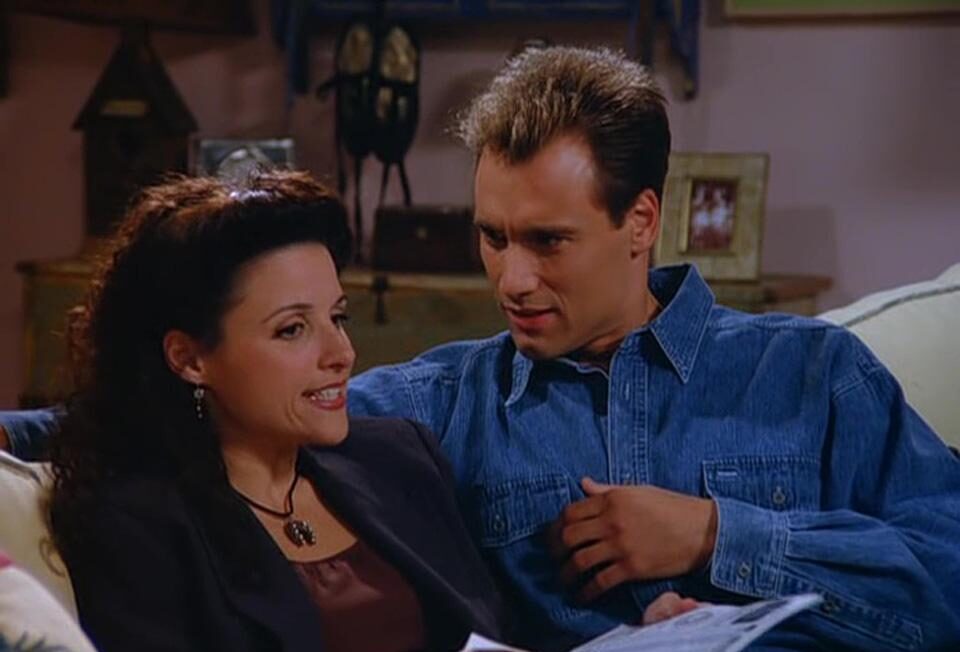 Nope, not the real-life serial killer Joel Rifkin, but she did date the unfortunate soul who shared his name. Disturbed by the unfortunate coincidence, and after some confusion at a New York Giants game, Elaine urges Joel to change his name by deed poll. One of the first names suggested was O.J, after O.J. Simpson, which is creepy as just a few months after the episode aired, Simpson was charged with murdering his ex-wife and her friend. Joel was actually a really nice guy, but they had a fight over what his new name should be and they were no more. 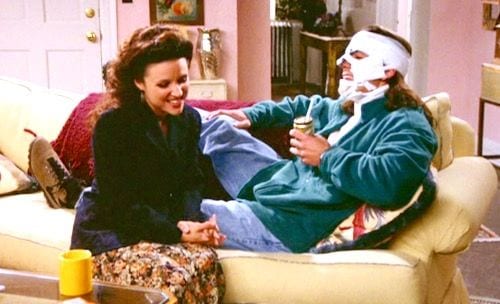 Tony was a pretty boy. He pops the collar on his jacket, wears his hat backwards, partakes in extreme sports and is an all-round cool guy. His coolness was too much for George to ignore and the two became friends. Elaine denies only dating him for his good looks, but Jerry doesn’t believe it for a second. Ultimately, he was right. A “male bimbo” or “mimbo” as Jerry calls him; Tony suffers a terrible rock-climbing fall (caused by George and Kramer bickering), which ruins his face. When the bandages come off, Elaine is horrified and breaks up with him. At least she’s honest right?!

Carl, played by David James Elliott, in “The Couch” (S6E5) 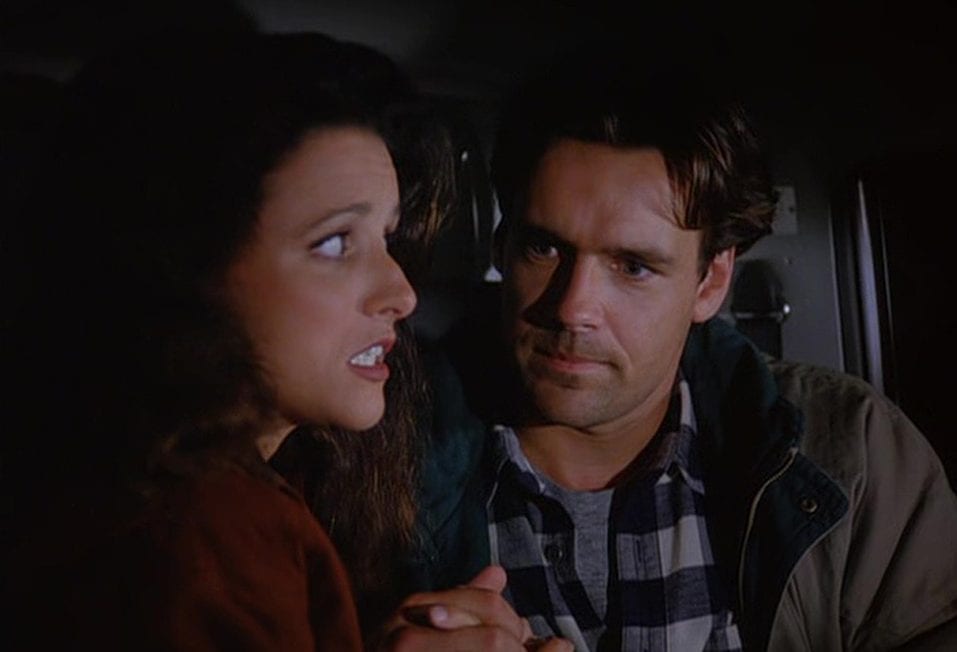 This break up was not for capricious reasons. Elaine fell in love with the hunky Carl when delivered Jerry’s old couch to Elaine’s house. He was absolutely perfect for her on paper, except for one little (but massively important) thing: his pro-life stance on abortion. Elaine had to end it knowing that they had no future if they disagreed so strongly on something, especially if it meant a man making a decision about her body.