Not many people know this, but I am quietly quite the Drum & Bass fan. It was one of those new genres that sprang up in the ’90s, evolving from Jungle, into something absolutely banging. It began in Britain and has stayed pretty underground, with a few notable exceptions that I’ll come onto later. For me, it arrived in my mid-teens when I had just started going to gigs and clubs—though admittedly I didn’t go to a proper Drum & Bass night until 2006. Having left one long-term partner whom I’d made home with, and met my future husband, who was a D&B DJ at the time, I began a second wave of the party lifestyle in my mid-20s. These were such fun days—what I can remember of them at least. Let’s just say that if you plan on dancing for six hours straight, you need some help to find the energy for that. Long gone are those days, however. We grew up (sort of), got married and a had a kid, but Drum & Bass will still hold a dear place in my heart, and in my car stereo when I’m driving to work. There’s nothing quite like it.

Drum&BassArena created a film documenting the rise and rise of D&B in the UK, Drum & Bass: The Movement. Exploring “how a unique UK club culture rose from an underground movement to become a global phenomenon infiltrating and influencing disciplines from mainstream pop music to video games”, it is without a doubt the most comprehensive film and with a higher production value than any documentary on the subject that has come before.

Right from the start, it gives itself a ginormous task to cram it all into its one hour, twenty-three-minute runtime.

It flows along a timeline, reaching from 1996 up to the present day, stepping off the t along the way to explore spin-off subgenres and discuss topical issues in interviews with some of the scene’s biggest players. They include the likes of Andy C, Goldie, Hype, Pendulum, Chase & Status, John B, London Elektricity, Fresh, Grooverider, Roni Size, Mefjus, DJ Flight, Friction and more.

The film is tied together using the theme of D&B’s rise into the limelight, liberally interspersed with a mother lode of rave footage, both past and present, and Drum&BassArena’s black and yellow visual ethos.

The Movement packs in a great deal in its short run time. Its look at the foundations of the D&B culture gives a great sense of the raw energy of the scene back in the beginning and how it broke its own glass ceiling into the mainstream. Notable omissions aside (Reinforced Records, Bryan G and his V Recordings imprint, Doc Scott and Alix Perez notably absent from the debate altogether), it does an excellent job of compressing 30 years of ardent history into less than 90 minutes of film.

Other matters, such as the increasing accessibility of music, subgenres and DJing vs Producing, are all skillfully dissected with tact and brevity—none more so than the way it tackles the commercial side of Drum & Bass.

It is on this battleground that The Movement really comes into its own. While it presents both sides of the coin, it’s not afraid to pull any punches either. Watching Goldie and London Elektricity tear Sigma’s collaboration with Take That to shreds, and then the camera cutting to a sheepish Sigma vainly trying to justify themselves brings such glee. Talking of Goldie, there is some absolute gold in his interview. The Metalheadz bossman gives a whole host of incredible soundbites such as, “if you catch me on the wrong day I can’t mix a salad”, and how he describes the horrors of being placed on the bill after Andy C, like how can you top the master DJ? The answer is you can’t. Nobody can. 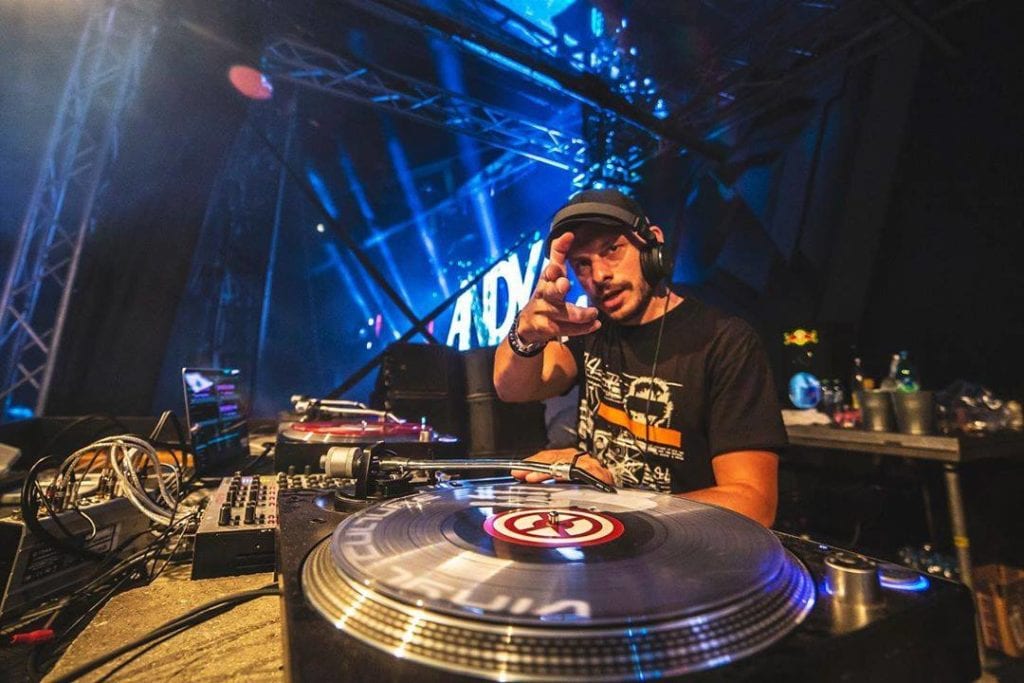 Praise too to the aesthetics of the film. It looks and sounds fabulous, and it never slows down, propelling you through a treat for the senses and the soul. Of course, it has a top-notch soundtrack that opens with John B’s “Up All Night” which immediately transports you into that “getting ready to go out and dance” feeling, and makes its way through an absolutely banging collection of both old and modern classics.

Drum&BassArena opened a treasure trove of rave footage here. It might be the fact that I’ve been inside for some time now but watching it reminded me how important going out to party is, and the sense of power and restless energy you get on the dance floor—regardless of which side of the decks you’re on. It is a fierce, moving monologue to the scene that we lived through…or are still living in for that matter. It is a love letter to D&B, closing with a montage of each of the guests simply saying that “drum and bass is life”.

I get that. I really do. Despite not being involved in “the scene” at all anymore, hearing those tracks, listening to what the DJs and producers had to say, and seeing the joy on revellers’ faces brought back some sweet memories. Plus it made me feel connected to something extraordinary. Drum & Bass is one of the few music genres in which its fans are completely diverse. Every D&B night out I’ve attended has been a multicultural, multiclass and multi-interest event. You will see metallers, hip-hop fans, ravers and goths mingling without anyone blinking an eye. This is what the real Britain feels like to me, and why Drum & Bass will never die as some other genres do. Take Dubstep for example, which got old and tired quickly. But there is no novelty in D&B, it has a strong foundation; it is the house that Drum & Bass built.

You can watch the whole film here, free!

More From: Electro/Drum and Bass