Jack and Sarah is an accolade of ’90s music nostalgia. You cannot consider Jack and Sarah, without “Stars”, “Simply Red” echoing through your subconscious—however it is not a happy emotion that it evokes, but a raw and painful one, which even now seems hard to shake.

The idea for the story came from the director Tim Sullivan (while working at Granada Studios)—who witnessed the attention one male colleague received when bringing his baby into work. This likely made him think of comedic scenarios for the film. However, the death of Sarah is the emotive catalyst that sends Jack on the journey of dramatic transformation.

“Stars” is listened to for the first time in the emotional scene where Sarah (Imogen Stubbs), heavily pregnant—days from giving birth—collapses on the floor in tears surrounded by debris from their unfinished house. Her husband Jack (Richard E. Grant), comforts her and they embrace. The scene is emotionally charged; however, when she dies, it also ends up being one of the last memories he has of his wife. The diegetic music played on their cassette player gives us the feeling that we are encroaching on a private moment between the characters. Further in the film, Jack is trying to get his daughter (Sarah Junior) to sleep and puts the song on again—Jack starts to cry, and we as an audience know he is thinking of his wife at that moment. 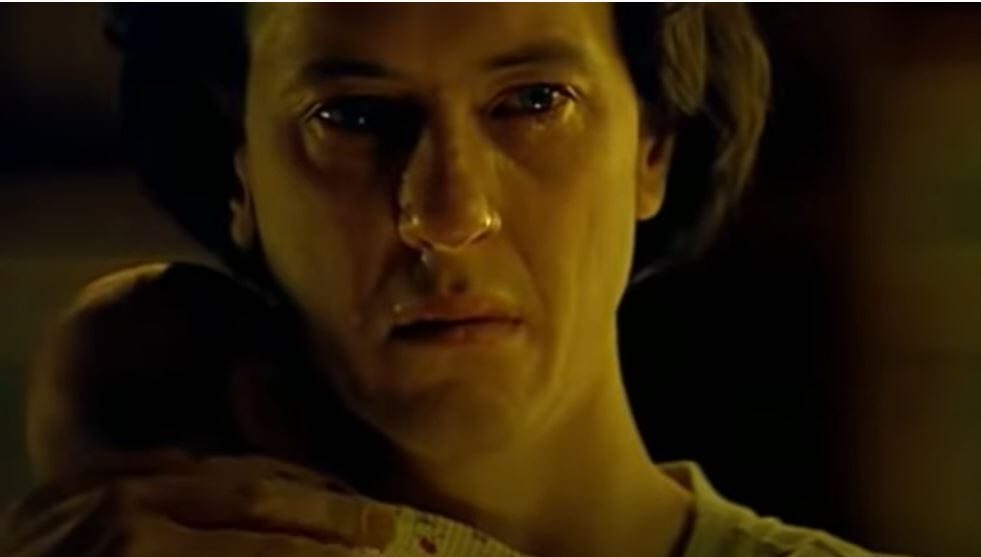 Before Sarah’s death, we have a sense of foreboding. Jack is seen as erratic and unprepared for fatherhood. He plays the joker at the antenatal class, doesn’t know what nursing aids to get for his wife. In the very few scenes we get of Sarah, she is portrayed as being level headed, and we can imagine she’s the one keeping Jack on the straight and narrow. In the nursing aid scene, she says to her unborn child; ‘If your dad keeps this up, we may be a single parent family’. At this point, we may be forgiven for thinking that it will be Sarah who will become a single parent, especially after he panics upon hearing that Sarah is in labour and falls down the stairs. He is taken to hospital in an ambulance, and we presume the worst. Sarah’s death is sudden and unexpected. The director steers us in one direction and then changes course. 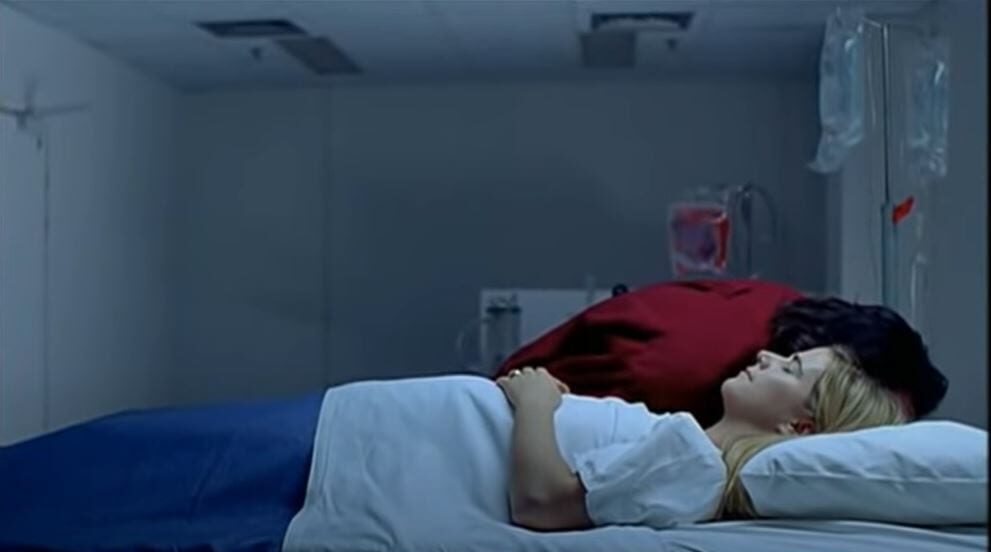 Following Sarah’s death, Jack falls apart; he doesn’t want to take care of the baby, he hits rock bottom—abandons her and goes on a drunken spree. It has always puzzled me as to why Jack abandons his daughter: Is it grief? Would that cause him to walk away from his only child, the only thing that he has left of his wife? Later on, in conversation, Jack’s father tells him that “he has never been good at facing up to his responsibilities but maybe now… “. His reluctance to take responsibility for Sarah Junior and what Jack’s father says makes me question whether Jack really wanted a family. Maybe it was Sarah’s dream? There are few scenes of Jack and Sarah together, no indication of what went on before, I can only guess from snippets of information, that Sarah would have been propping Jack up considerably in his role as a parent. He would have had time to adjust and grow into the role with support from his wife. Would Jack have been changing the nappies? Maybe. But would he have been in the shop, having an altercation with an elderly male member of staff, because there were no facilities for him to change his baby’s nappy? Unlikely. Because Sarah is portrayed as the stereotypical housewife, very maternal, with a strong coping mechanism. She would likely have been at home with the baby, and Jack would have been out working, at least at the start. They would have supported each other, but Sarah would have been the one in charge of parenting. 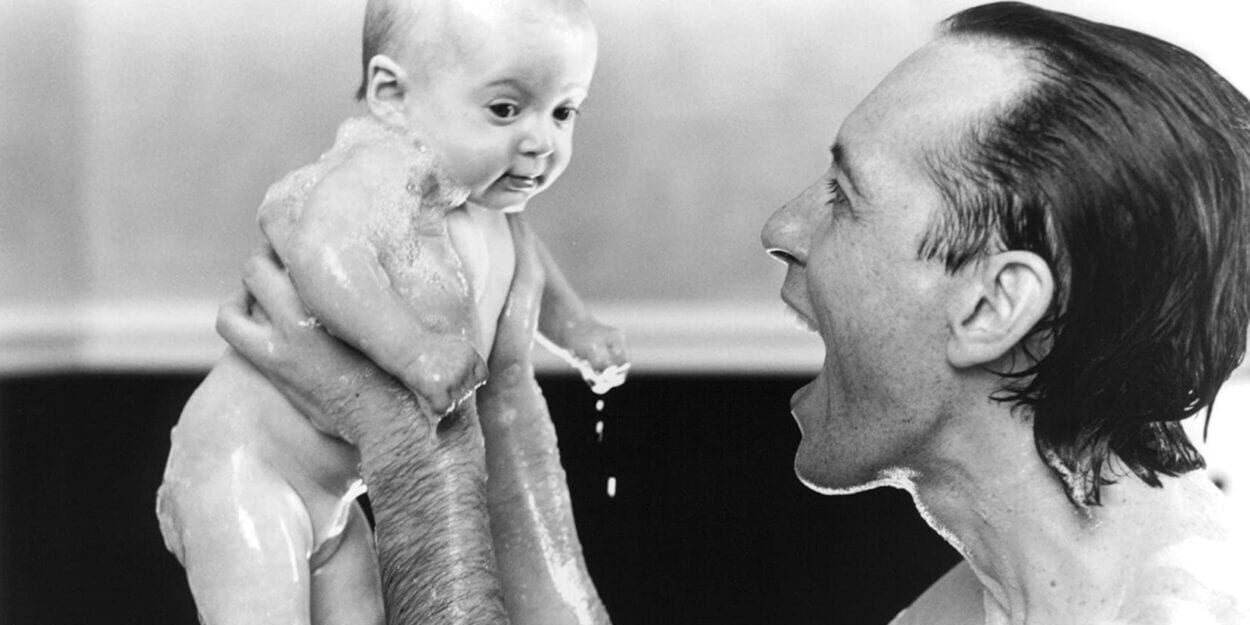 When Jack takes Sarah Junior into work, and his colleagues coo over her, Jack’s boss at the law firm, Anna, says; “you’ve turned this place into a creche, you’re getting away with murder… it never would have happened if you’d been a woman”. I believe Anna holds some resentment and regret—she has sacrificed family and love for a career. Certainly in 1995, and still to this day in many cases, being ‘human’ could have been seen as a sign of weakness in business. Women were expected to be able to cope with having a career and bringing up children without asking for help. In contrast, it was not deemed socially acceptable for a man to do the same, hence why Jack gets mollycoddled to some extent. Most of Anna’ s colleagues dislike her—they see her as cold and not one of them, even Jack pigeon-hole’s Anna. He decides that she is ‘fling’ material, but not somebody he would want as a mother to his daughter. Although to Jack’s mother (Dame Judi Dench), thinks she is the perfect woman; she is very middle class, she plays bridge and is well educated. When Anna overhears (on the baby intercom), Jack saying that it is just a bit of fun and that he would never trust her with Sarah, she leaves. It becomes apparent that she wanted a serious relationship with Jack.

Then Amy (Samantha Mathis) arrives. She is a token American in a typically British film. Jack’s mother thinks she is ghastly. Jack goes against his mother and hires Amy as his nanny on a whim. She has no experience of looking after babies, but he sees Amy with Sarah and instantly recognises her as mother material. She definitely isn’t the perfect choice, she is incompetent, but this is possibly why Jack likes her, as he is also struggling.

As a contrast to “Stars” which evoked great sadness, we have “Ocean Drive” by the Lighthouse Family, played when Jack, Amy and Sarah are walking through Camden Market on a summers day. This is non-diegetic, played outside of the narrative. It is a song which came out the same year that the film did, current then, perhaps emphasising the start of something new. “The sun’s going to shine on everything you do”. It is a song I remember listening to on a sunny day in the car, window wound down—it’s inclusion in the film feels like a sign of life getting better for Jack.

The ending is fairly traditional. Jack ends up with Amy, a woman who is good for him and his daughter. He receives support from Sarah’ s mother, who encourages him to find happiness again, despite the grief they still both feel. There is a sense that a new happier life is beginning for them all. 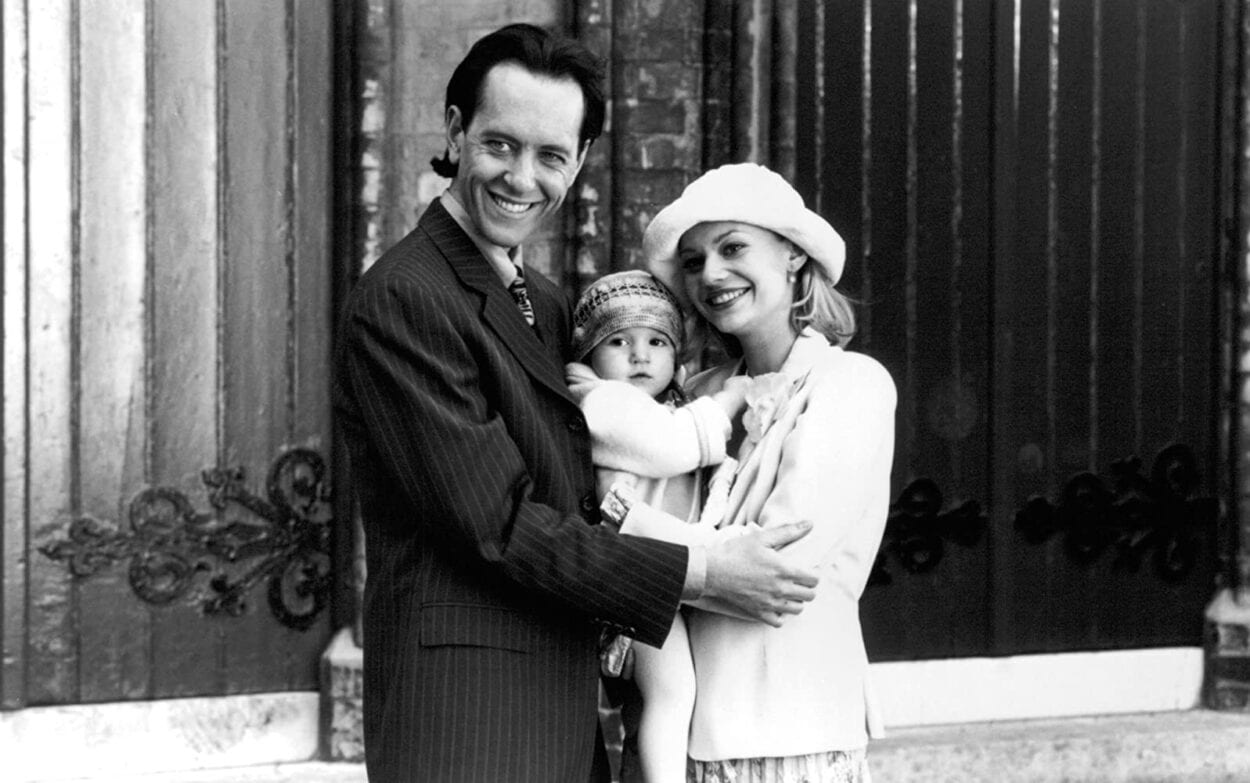 I do feel that Jack and Sarah has a soap opera quality to it. Tim Sullivan’s background is in television, Jack and Sarah was his first feature film, and it is relatively low budget. Comparing the film to some of the other programmes he directed, such as the last episode of Cold Feet when it finished in 2003 (it has of course since returned). When I think back to the last episode—Rachel dies in a car accident, leaving behind her young baby. Adam is left a widower bringing up baby Matthew on his own. It is certainly comparable to Jack and Sarah. Adam and Jack are both a work in progress to an extent, but the death of their partners force them to transform themselves.

In a film, you get what the Producer/Director is able to show you in a period of two hours or so. With a series, you get as long as you wish (until its no longer re-commissioned). I wish they had given us more time to get to know Sarah, for us to really understand what kind of a person she was. Jack’s response to Sarah’s death is the reason why we feel as emotional as we do, not because we are grieving her specifically but the loss of the family unit. 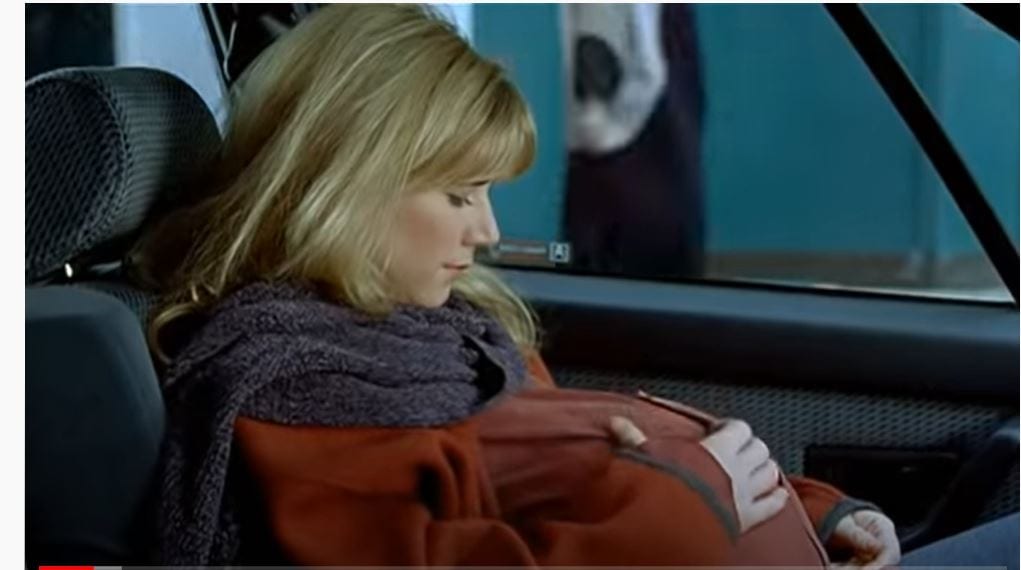 In an interview with Richard E. Grant in 1995, he said, Jack was one of the more identifiable characters he had played. His age, his class, living in London in the ’90s. Plus he liked that he had many female leads to kiss in this one, compared to Forest Whitaker in Pret-A-Porter.

Jack and Sarah packs some serious emotional punches, and it doesn’t matter if you watched it 25 years ago, or in 25 years, it is a timeless classic.