Note:  For the purposes of this article, I’ll be referencing Asperger’s Syndrome, even though since 2013 it is has been folded in to the Autism Spectrum Disorder of the DSM-5.

There’s a part in To the Moon in which John asks his friend, Isabelle, for advice on how to deal with his wife, River’s, strange behavior. “Everyone with it is different, John,” she answers, “Just because she and I share the same syndrome, doesn’t mean we share the same head.” This is a statement that I can readily agree with, as I happen to share in both River and Isabelle’s diagnosis of Asperger’s Syndrome.  Indeed, pulling and comparing from my own experience, I can say that To The Moon does an excellent job in characterizing River and Isabelle, endowing both characters with certain characteristics of Asperger’s, but giving them enough self-definition to not have them become one-dimensional stereotypes of the syndrome.

Asperger’s Syndrome is a developmental disorder that heavily impacts one’s ability to socialize and, in some cases, empathize with others. Individuals with the disorder have trouble following social rules that most other members of society easily pick up on. Rules like how close to stand to somebody, how to let a conversation flow without focusing too much on yourself, and how not to overwhelm someone with your “favorite” topic or “special interest.” These are all problems I dealt with growing up in my own childhood, and it’s clear that issues like these trouble River and Isabelle.

The two of them, however, have drastically different ways of dealing with these concerns.  While River is unable (or unwilling) to adapt to the social world, Isabelle succeeds at play-acting at a facade, allowing her to blend into society:

“Me, I’m an actress, because I’ve been doing it all my life. Not only on-stage, but off stage . . . and at practically every moment. I’ve gotten good at it because acting is the only option I have.  It’s the only way for me to be ‘normal…’ But River…she never did that.  She remained an outcast and refused to learn to step against it. I don’t know if it was by choice or by limit, whether bravery or cowardice.  There are days when I just can’t stand faking it anymore. And then I realize that it’s too late. The Isabelle that people know of is all an act, and the real me has long become a stranger. I think, in the end, I just envy her.”

While I focused mostly on River’s story on my first play-through of To the Moon, on this second time through, I found myself strongly identifying with Isabelle’s story.

Like Isabelle, in my own life I’m quite adept at having social conversations, though the amount of work it has taken me to get to this point has been extreme. I had to learn social rules by intellectualizing them and practicing them hundreds of times over until I had them memorized by rote: knowing when to talk, when to keep my mouth shut, how not to interrupt conversations, how to be polite and not be blunt and forceful in my comments to others are just a few of the issues I encountered.  Now that I know these rules, interactions come easier, but I still easily exhaust myself because each social interaction is an interactive game I must play.  I do, however, love playing that game, exhausting as it may be.  And I’m thankful that I’ve grown adept at playing it, as I cherish all my friendships. 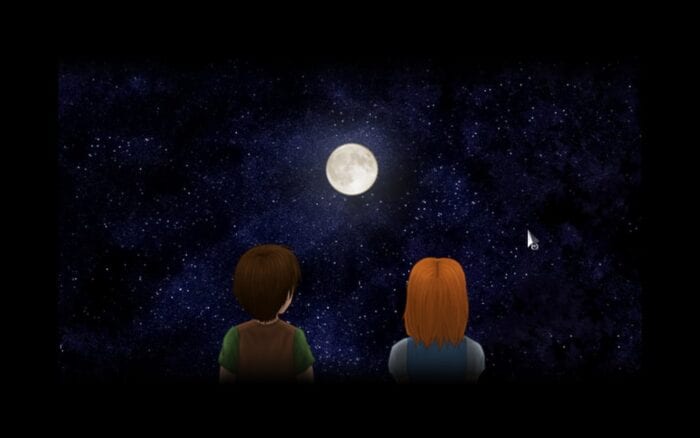 River has trouble playing that game, though, and can’t make many friends. So, she retreats to her own special interest:  Lighthouses.  When John first meets her as a child, they join each other on a log and look at the stars in the sky.  After pointing out the bunny constellation, John asks River what she thinks the stars really are:

John:  “So what do you think they really are?  The stars I mean?”

River: “I…I’ve never told anyone, but, I always thought they were lighthouses. Billions of lighthouses, stuck at the far end of the sky.”

River’s desire to befriend one of these “lighthouses” reflects her own loneliness in life; lighthouses are a metaphor for her desire to be accepted. “Anya,” the lighthouse that Johnny and River name and later decide to build their house next to, serves as a metaphorical daughter for her and Johnny. Her insistence on having the house built at the cost of her own life shows just how much River yearns to reach out and make connections with others.

What’s interesting about River’s “special interest” is that it isn’t arbitrary. It’s tied inextricably with her life and her desire to make sense of it.  It’s not simply an odd interest that comes out of nowhere, but is instead foundational to her character. My own special interest, the study of stories and philosophy, is likewise tied to my sense of the world.  Since I was a child, I’ve found human interaction to be a fascinating thing, and through the perusal of literature, media, and art, I’ve grown in my understanding of how to interact with others. Both of our special interests speak to our intense yearning to grow in our understanding of this world that is so foreign to us.

I can’t say that I share River’s struggle to communicate with her loved one at the end of her life, but the method she chooses to communicate through, that of symbols and metaphors, is one that I use through my special interest in movies and games. When I play a game, watch a movie, or read a book that speaks to me, the truths that I gather from those works of art become so important to me that I must share them. In my past romantic relationships, I’ve attempted to share those truths to varying degrees of success.  I remember one time in my college years when I showed Mulholland Dr. to my first girlfriend, because she had shown me Donnie Darko.  That was one of the unsuccessful attempts. 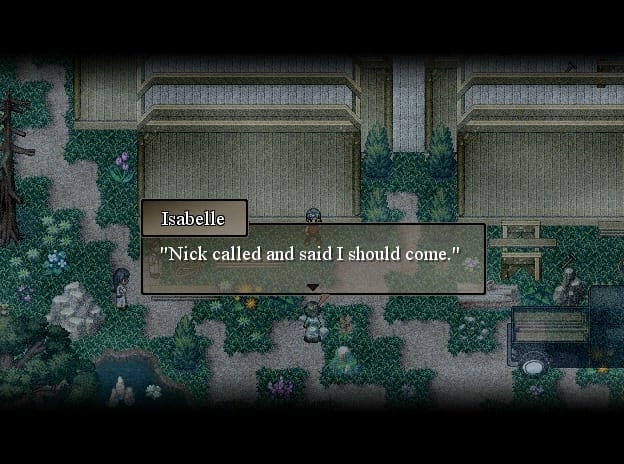 Before John talks to River for the final time, he once again seeks out advice from Isabelle.  His finances are unstable, and he knows he can’t afford to pay for both the house and for River’s surgery. He decides that he’s going to lie to her in order to save her life. Isabelle calls him arrogant and is blunt and upfront in her opinion:

Isabelle: “You shouldn’t lie to her.”

John: “You don’t understand, Isabelle. If she found out, I’m not sure which she’d choose.

Isabelle: “So what if she chooses to save the place instead of her own life, so be it. It’s what she really wants.I really dislike it when you neurotypicals think you know what’s best for others.”

John: “I hate it when you call me that, Izzy.  Do you think this is all about her? What about me, Izzy? After all these years am I not allowed to be selfish even once? I don’t want to be alone, Isabelle. I’m not going to let her die.”

I found Johnny’s final conversation with River particularly saddening. River fails at her attempts to remind Johnny of the time that they first met.  Additionally, she forfeits her life so that her dream project house can be built. John himself doesn’t even understand why. Their conversation at their bedside is heartbreaking:

John: “Just enough. After we pay for your operation, we’ll have just enough left for it so don’t you worry.”

River: “White lie. That’s what you call it right?”

River: “Stop it. I don’t like it when you lie. I calculated our finances; I know how it’s like.”

After a final attempt to jog his memory, Johnny plays River a song he wrote on the piano.  But before he plays, River reprimands him: “You didn’t have to bring the piano in here for this.  I can hear you just fine with the door open.” A later scene shows that Johnny struggled to get the piano up the stairs and through the door just to play for River. He had to have a specialist move it up the stairs and into the room.

River’s comment is unnecessarily cold and blunt, and while this could be attributed to her being on her deathbed, there’s another explanation for it.  People with Asperger’s sometimes find it difficult to see from others’ perspectives. So what might seem like an obvious helpful comment to make from River’s perspective, may in fact be a hurtful one. This does not mean that Asperger’s people are bereft of compassion, or that our bluntness is not needed at times, as Isabelle exhibits.

However, this bluntness and desire for truth comes at a cost. While we yearn for the world to be black and white, the truth is that it is grey. My own tendency for bluntness has sometimes cost me relationships, but I’m learning to see things through a more moderate worldview.

Isabelle, then, has adapted to the world, while River remains unaffected by that same environment. Do I envy River like Isabelle does? No, I decidedly do not. While the social games and the grey world around me provide obstacles to my growth, I do not long to return the person I was before. I’ve molded and shaped my own identity through my interactions with others, and it’s only been through those friendships that I’ve grown to be who I am today. In that way, I’m different than both Isabelle and River. We share commonalities but not the same brains.