Before we get started, let me say that I am not a big gamer. I have way more experience watching others play and helping them with puzzles than being behind the controls myself. I came across Fable II after failing at being able to play Skyrim or any Elder Scrolls games which I loved to watch being played. It was a huge disappointment to me as I longed for a world to get absorbed into, away from the horrors of everyday life. First-person view makes me feel sick, whatever the game, and I find the controls really difficult in both first-person and third-person aspect in Skyrim. Fable’s third-person aspect was effortless to control though (like Zelda or Mario) and had that same olde worlde feel that I love to escape into. Set in what resembles London or Europe in the 1600-1700s, during the Age of Enlightenment, it really is a feast for the eyes, even twelve years after its release in 2008. 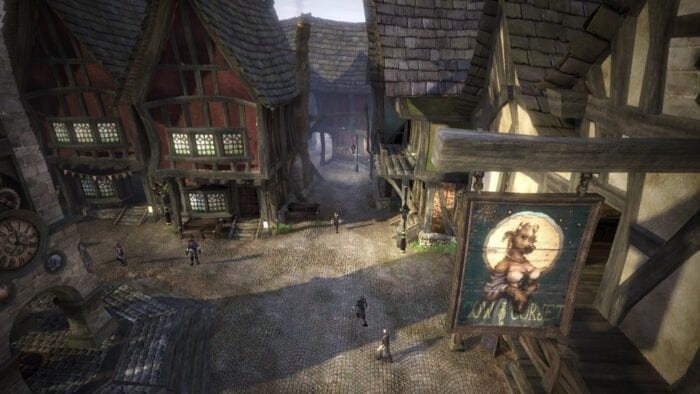 Fable II is the only game I have ever played through entirely, not just once, or even twice, but three times and this was because I was not ready to say goodbye to the place. I’d made a home in Albion; I had families (yes plural) to take care of. I always played as a female character, which I could style to look a little like myself—somehow it feels comforting to me to create a Hero in my likeness. The first time around, I had no clue what to expect, so I made every decision without much thought. One of the big draws of Fable for people is that your decisions and actions have a ripple effect on the people around you and in turn the land you live in. The kinder you are to people, the happier they are. If you make a villager laugh, your face will become more attractive. If you scare people, you will start to look ugly. Someone in the village might take your fancy, so you flirt with them, and before you know it, the pair of you are having off-screen sex, orgasmic noises and all. Marriage comes soon after and then lo and behold you have a baby! Or if your partner is of the same sex, you can adopt. 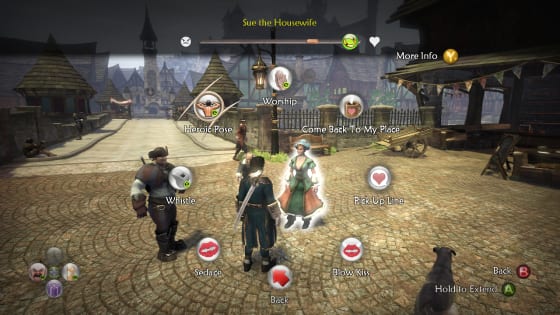 During my Fable II playing days, my husband and I were trying (and it really was a trying time) for a baby in real life, so having a baby in Fable II was a truly joyful experience for me. Not quite the same as a real child admittedly, but the satisfaction of being a mother was there; choosing a name for your baby, nurturing it with cuddles, milk and food. Stay away and neglect your child for too long and your child will become sad. Pay attention and show them love, and they will shower you with affection. While this is obviously not rocket science, Lionhead Studios were the first developer to put cause and effect so humanly into a game.

Building homes and families were not the core concern in Fable II though, of course. There is a deep and intriguing lore to the series—Fable II’s story places you as a Hero, despite you not knowing it yet. You begin as an orphan child, with your older sister Rose and the two of you find a magical music box which can allegedly grant wishes. Rose makes a wish (to herself), and the box disappears. They are then summoned by the evil Lord Lucien, who upon learning that they are Heroes, shoots Rose dead in his study, then tries to kill you. You fall from his castle tower but survive, “and so your story begins.” You live through your early adulthood, making some powerful friends along the way. Then you must fight at the Crucible, a tournament of eight rounds—a quest that teaches you many fighting skills and can be quite challenging to come out of alive (read frustrating).

All the while you are building your city up. You can buy properties in the towns you visit, let them out villagers and make rental income from them. The more generous you are with your rent costs, the happier your tenants will be, but this isn’t necessarily the best thing for the town or your bank balance. Finding the perfect balance is tricky, as you have so many other things to plough money into, to keep them running to speed and not forgetting your family who rely on you to eat.

“Everybody needs to eat!” — Villagers, everywhere, all the time

They get pretty pissed if you don’t come home for a while. I’ve been dumped and had my kids taken away from me several times. It’s really quite devastating. It’s not easy playing at politician, parent and Hero. Plus you’re hell-bent on revenge for your sister’s death. Of course, you defeat Lucien in the end with a little help from your friends Theresa, Garth, Reaver, and your ever-loyal dog which stays by your side the entire game. Defeating Lucien doesn’t finish the story, however. Then you have to make the biggest decision of all: Will you revive all those people killed while working for Lucien but not bring Rose back to life? Will you bring Rose and all your loved ones back, but leave the innocent villagers dead? Or will you take the option of more wealth than you ever thought possible? The last one seems like an obvious “No”, but actually, you can do a lot of good with your money if you spend it on the right things. Do you bring up the past or look to the future? 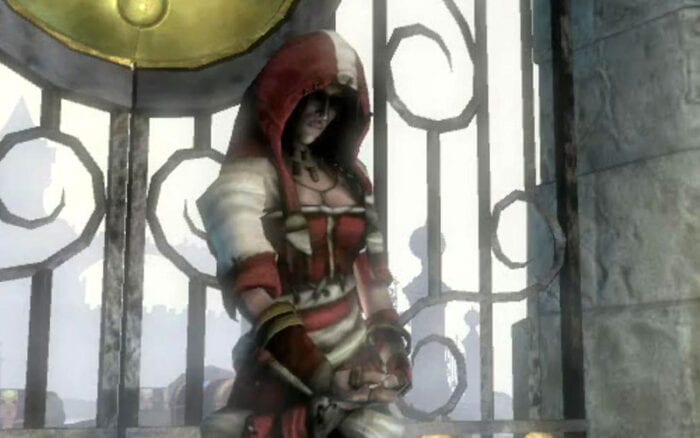 With that in mind, I played Fable II three times, because there are almost unlimited ways to play it. Just one different decision can make a huge difference to the story. I have played with the intention of being pure goodness, and I have succeeded. As a Saint, I have a halo, blonde hair, blue eyes and a beautiful scar-free face (hmm, it sounds a bit white supremacist now that I’ve mentioned it). I’ve also played with the aim of being pure evil—which is harder than you’d think! As a bad girl, my hair is dark; my eyes are red, scars cover my face, and I dress somewhat more provocatively. Neglecting my pixel kids and husband, charging crazy rents to starving tenants, terrifying the villagers and being downright nasty is not something that sits comfortably for me, even within a game. Just how do politicians sleep at night? 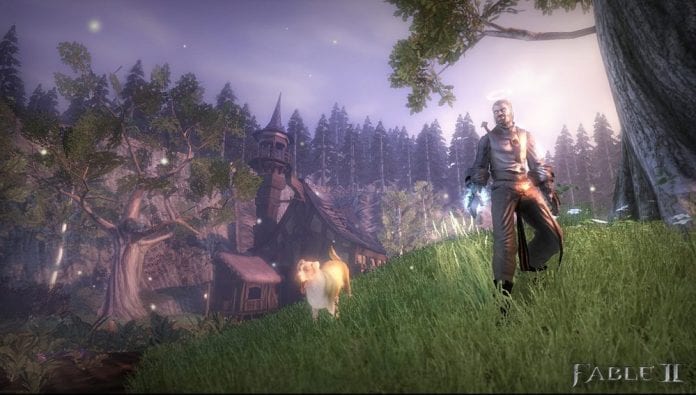 That is the thing with Fable II. It’s unique to you and your choices. The decisions you make throughout the game can really change the world. It is comforting to be in my little world of Albion, taking care of my loved ones, taking care of the land and the people who live on it. You begin to truly love your community, and its gorgeous little towns and beautiful houses. It is also incredibly funny in places. The game has an excellent voice acting cast including Zoe Wanamaker (Theresa), John Cleese (Jasper the Butler), Stephen Fry (Reaver), Oliver Cotton (Lucien) and Julia Sawalha (Hammer), even James Corden pops up asking for a pie or something in Essex speak. Using comedy actors makes for some brilliantly witty dialogue and even the text on everyday items gives a few giggles. A description of the love potion reads, “60% of the time, it works every time”— a great homage to Anchorman. Or you may come across a father telling his son, “don’t read those magazines again, they are for grown-ups.” If you brush past them again, the same father will ask his son, “When did you start taking an interest in politics anyway?” The gargoyles shout hilarious abuse at you from the rooftops. It is British comedy it’s best.

In a strange and spooky turn of events, as I sit here writing this, Fable has just been announced for the brand new Xbox Series X and Windows 10. Fable is its title, and it appears to be a brand new story, not a reboot. But who knows, all we have is this 60-second trailer so far. It will be available on Game Pass, and I am hoping it will be released along with the new console in November as there is something magical about playing the Fable games in the deep winter months. To say I am excited is a massive understatement. It has been ten long years since Fable III was released and it has been sorely missed. While Lionhead Studios no longer exists and Peter Molyneux is not behind the story or design, Playground Games is behind the new title, and it appears to include Faeries!! *Squeals in Welsh*. I am hoping Danny Elfman returns to do the musical score, as he always adds an air of magic and mystery to everything he works on.

As the voice of John Cleese in the trailer says, “Not all stories have happy endings, but yours is yet to be written.” And I just can’t wait to get lost in this fantasy world once again.