Towards the tail end of the ‘90s, Hollywood’s action film industry was running low on fresh ideas. The age of the muscle-bound, indestructible beefcake was at an end after a series of box office disappointments from the once-mighty likes of Schwarzenegger, Van Damme and Stallone. The Die Hard-on-A formula had also begun to drip dry once it had gotten trains, buses, and the desert out of its system. Hollywood cast its eyes east, to the world of Hong Kong action cinema, and initially lured its auteurs west and gave John Woo (Face/Off 1997), Ringo Lam (Maximum Risk 1996) and Tsui Hark (Double Team 1997) the reins of Jean Claude Van Damme vehicles. Simultaneously introducing them to a broader audience, and neutering what was so fresh and original about their approach in their native Hong Kong.

In terms of luring Hong Kong action stars away from the place that had made them, it was the triple threat of Jackie Chan, Chow Yun-Fat, and Jet Li that made their western debuts in 1998. The quality wasn’t quite there with some very uneven material. Jackie Chan came through in a buddy cop formulaic action movie with Chris Tucker with Rush Hour. It was a pretty good decision to pair him with another star that was just breaking through themselves, but the film is as by the numbers as you can get, with a lot of blatant racism that was frightening even for 1998. The fact remains that after Rumble in the Bronx (1995) gave Chan his best possible breakthrough between Hollywood and Hong Kong, the action was a step down in Rush Hour, and there was nothing about Bret Ratner’s direction that ever took the film above mediocre and formulaic.

Chow Yun-Fat fared a little better. The Replacement Killers took one of the most charismatic stars in history and paired him with up and comer Mira Sorvino for a plot that wasn’t a million miles away from John Woo’s The Killer (1989). Training Day (2001) director Antoine Fuqua made his directorial debut here, and he keeps the action polished and stylish throughout. He wisely doesn’t try and ape John Woo in the gun heavy action scenes and knows enough about Chow Yun-Fat’s gift for stillness to just allow the camera to shoot him and let his charisma speak for itself. If it ain’t broke don’t fix it is sometimes the best option. 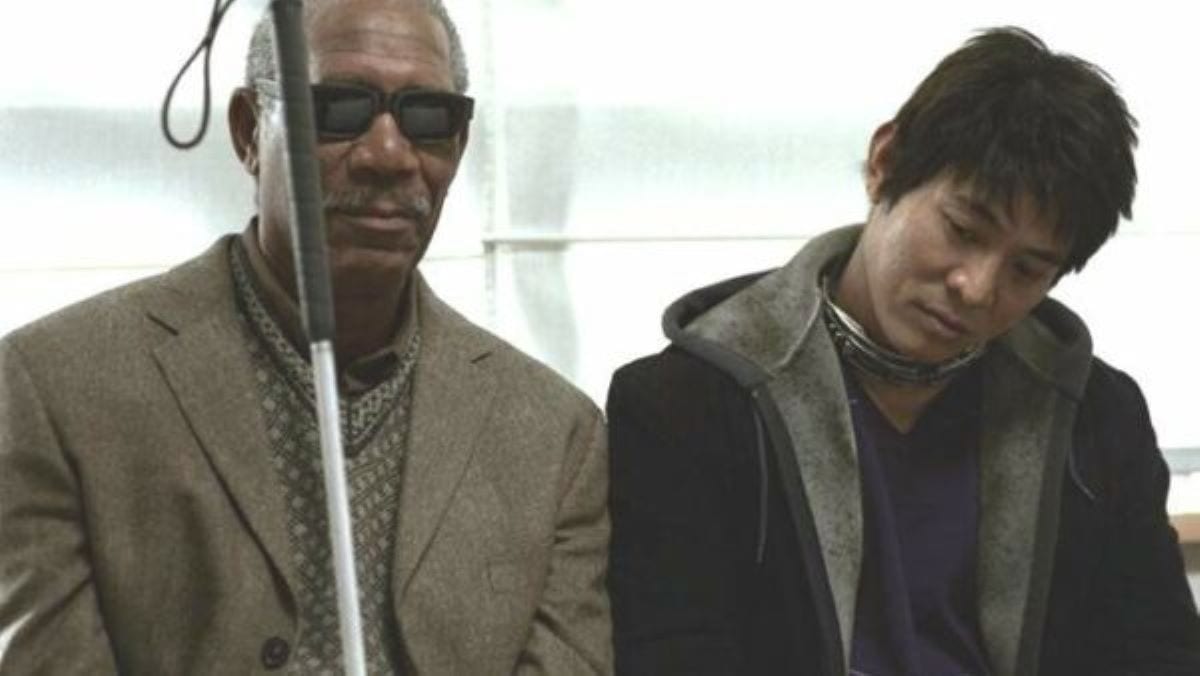 Jet Li, with little command of the English language at the time, was cast as the villain in Lethal Weapon 4. This was by far the weakest of the franchise, with things taking a final turn towards comedic farce rather than anything related to the suicidal, borderline insane cop of the first movie who inspired the title. Li fared well in the brief scenes he was given, but he was underused, and yet demonstrated his startling speed and martial arts prowess that he had become known for.

Jackie Chan went on to have the longest-running career between Hollywood and Hong Kong and later China post-1997, but the quality of his films took a major dive into family-friendly and being played for laughs rather than thrills. Chow Yun-Fat was short-changed the most, cast as a cop after The Replacement Killers in The Corruptor (1999) with Mark Wahlberg, he then somehow got placed as a martial artist in the mega-hit Crouching Tiger, Hidden Dragon (2000) (which Jet Li turned down) and Bulletproof Monk (2003). But he quickly went back east for the remainder of his career after a brief appearance in Pirates of the Caribbean: At Worlds End (2007).

You could make a good argument for Jet Li having the best run out of these three in Hollywood, if not in terms of overall quality then in terms of variety. After Lethal Weapon 4, Li starred in Romeo Must Die (2000) which seemed confused as to what it wanted to be. It was one part an urban romantic thriller with no actual romance, and one-part bog-standard slap about. It never really came alive in either respect. The follow-up Kiss of the Dragon (2001) was much better, teaming up Li with Luc Besson’s France based production outfit Europa, and welding his skills to an atypical fish out of water frame-up thriller. Despite Kiss of the Dragon’s rather basic plot, it excelled in the action scenes, finally making proper use of Li’s skill as a performer and giving him some actual acting to do with his newfound command of English. 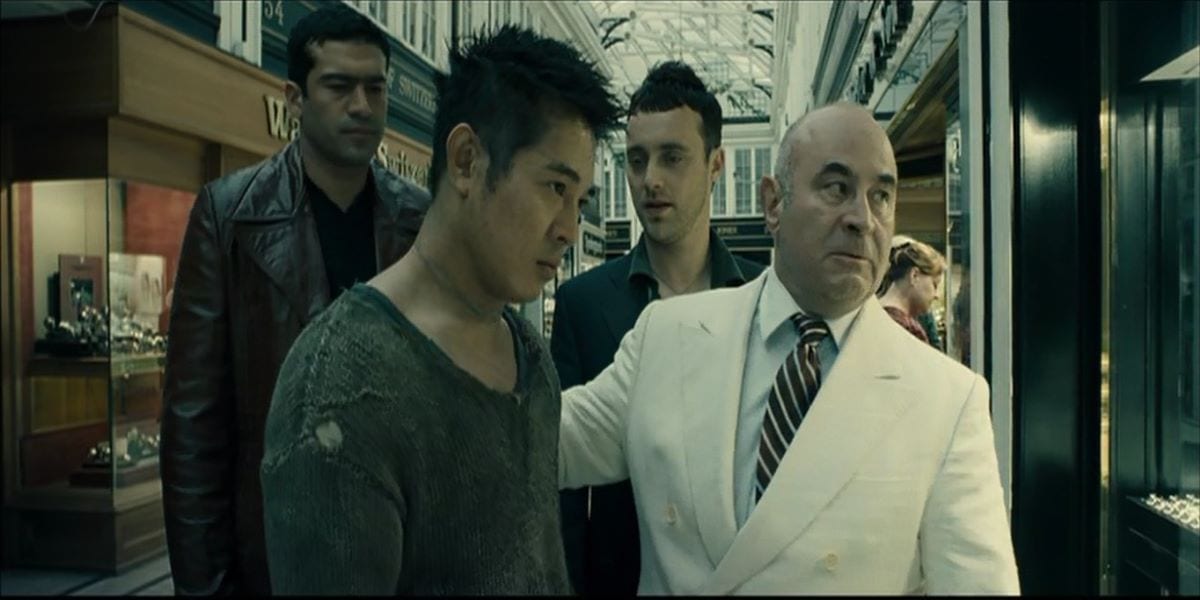 Jet Li’s film The One (2001), a mid-budget riff on Highlander (1986), is the most hard-core ‘00s film I think I have ever seen, with its nu-metal soundtrack and Matrix-style CG enhancements to the fight scenes. It’s a guilty pleasure for sure, but fun as hell, and features an early supporting role by Jason Statham. It wasn’t really until 2005 and the eventual release of Unleashed—shot under the title Danny the Dog—that Jet Li had a vehicle that was outstanding in all areas.

Written by Luc Besson, Unleashed was directed by Transporter 1 and 2 (2002 and 2005) and eventual Incredible Hulk (2008) helmer Louis Leterrier. Unleashed tells the story of orphan Danny who has been chained up and raised to be the perfect killing machine by local mobster Bart (the late Bob Hoskins). Bart enters Danny into local underground pit fighting tournaments where Danny kicks all manner of asses when his dog collar is removed and makes Bart a ton of money in the process. After an awful car accident, Danny finds himself hiding out, scared and afraid with blind Piano tuner Sam (Morgan Freeman) and his niece Victoria (Kerry Condon). While in their care, Danny learns a lot about his humanity, the possibilities of a normal life, and what he actually cares about when Bart comes back to claim his prize-winning fighter.

Say what you will about the first two Transporter movies, and any criticism you have is probably valid, but nothing in those films fully prepares you for what is to come in Unleashed. Louis Letterier’s approach here is to ditch the increasing cartoon nature of The Transporter franchise and replace it with something close to the realism and knackering violence of The Raid (2012) films. The fight scenes are brutal, with the fights being less of a choreographed ballet, and more of a desperate race to inflict pain and make the audience wince. Jet Li’s style here is changed as Danny is released from his dehumanizing dog collar and turned into a pint-sized machine of death, full of aggression and anger that the character does not fully understand. Unleashed, along with Ong-Bak (2003) from Thailand, was an indication that martial arts movies were moving in a more brutal direction after the graceful, wired artwork of wuxia had run its course.

A considerable part of what makes Unleashed stand out above similar films of the time is the performances. There are a quartet of strong performances at the core of the film which makes all the difference. Morgan Freeman was at the point in 2005 when he started playing his age, or big-hearted and wise mentor types in films like Batman Begins (2005). Here as the kind man who takes Danny in, he feels more alive than he has been in a while, playing the elderly kind man again sure, but here it’s more playful and spirited, with a sense of warmth lacking in other Freeman performances of the time. Kerry Condon, playing his niece, is full of wide-eyed innocence and wonder at the world. Making her a good match for Danny as Li plays the other side of the coin with the childlike innocence corrupted by the forces of evil and the abuse he has suffered, which brings us to Bob Hoskins as the villain Bart. Hoskins could be a massively likeable everyman and an unlikely model for a hero, but he could also play nasty, and Bart is an aggressive and ego-driven maniac always belittling Danny and driving his humanity away. When he eventually falters or makes a mistake, it’s difficult to stifle the cheers, and that is due to the strong work of the three heroes of the tale and their performances drawing in audience empathy. 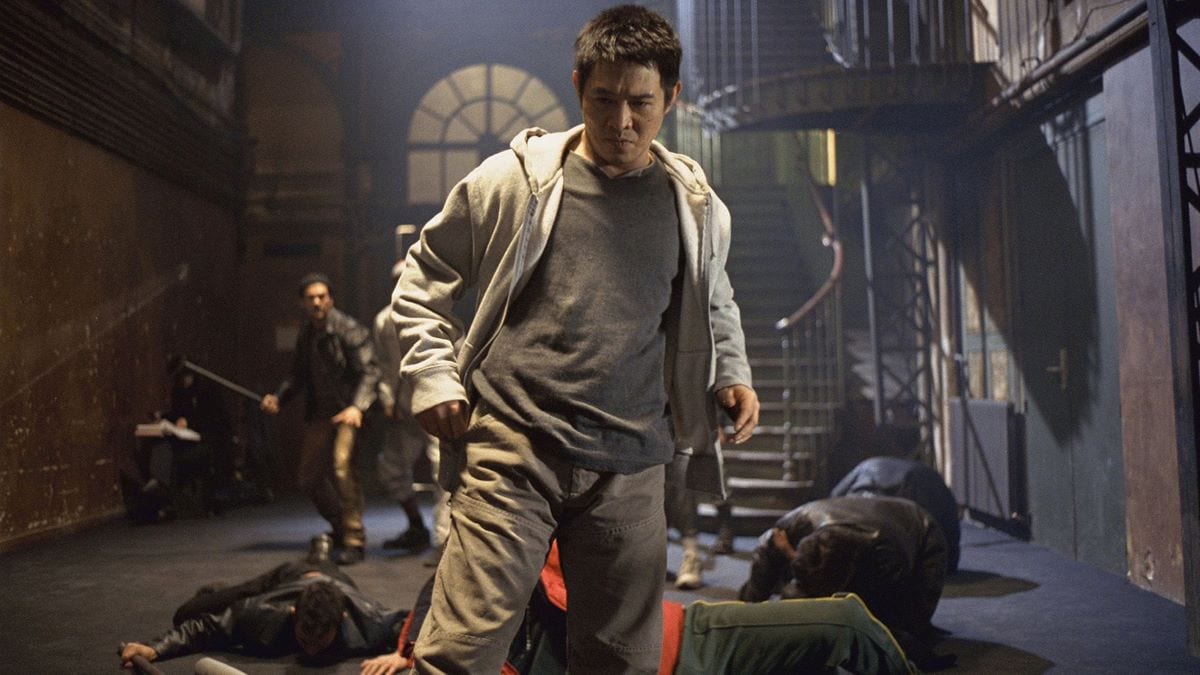 Unleashed has a fairly unique take on its bruised humanity compared to most action movies of the time. It is written and directed by two major names from the action filmmaking industry of France, has a score by electronic dance legends Massive Attack, and has a truly international cast including a genuine screen phenomenon with Jet Li. You could be forgiven for thinking that Unleashed was set in Los Angeles, or maybe even London, but no, Unleashed takes place in Glasgow, Scotland. This adds to the unique nature of the film, as it feels like it occurs somewhere completely earthbound and real, and adds to the overall weight that the film strives for.

Despite some good reviews upon release, Unleashed was mostly dismissed as another action movie in a long line of them when it was released in the spring of 2005. It went up against the likes of Sin City and Batman Begins, both fresh takes on the comic book movie, and thus was buried despite a moderate worldwide box office take of 50 million. Jet Li would go on to do a few more prominent roles in Hollywood before becoming part of The Expendables (2010) but wouldn’t quite equal his work in Unleashed again. Louis Leterrier would, of course, direct a Marvel movie that was forgotten in its own way too, and then move into remakes with Clash of the Titans (2010) before the crushing low of Grimsby in 2016. Unleashed thus far remains Leterrier’s best movie by a long way.

Hollywood really got in its way when it came to harnessing the energy of the once-mighty Hong Kong film industry into its films. They never quite managed to understand what it was they were lacking and diluted it to suit their own ends. Unleashed remains a sterling example of what is possible when several elements come together to work as one. Its directorial confidence and serious-faced take on the absurd means it transcends its genre, and it remains something of a lost classic of the action martial arts genre.