This article was written by guest author Sartaj Singh.

Since its release in 1980, The Shining has enjoyed a status unlike many horror movies in the genre. Initially opening to mixed reviews and nominated for two Razzie awards (Worst Director and Worst Actress), the film seemed to be fated for obscurity (at worst) or seen as a mild curiosity (at best). However, like the proverbial Phoenix, the film has since arisen from the ash heap of history.

Arguably, it has become one of the most analysed movies (courtesy of documentary Room 237 and Rob Ager’s videos) and a readily acknowledged classic. It’s even achieved pop-culture immortality: inspiring 30 Seconds To Mars’s “The Kill” music video and appearing as a streamlined video game challenge in Steven Spielberg’s 2018 film Ready Player One. And it spawned a sequel in last year’s Doctor Sleep, which adapted Stephen King’s 2013 follow up novel.

With that in mind, I’ve never really liked Stanley Kubrick’s The Shining. Part of this comes from it not living up to childhood expectations. Within my parents’ oak coloured VHS cupboard, the front cover of Jack Nicholson’s “Here’s Johnny!” expression might as well have been the poster for a hellish ride to cinematic hell for two hours. But alas, it was not. When I finally saw the film in my late teens, it left me feeling cold and odd. It’s always struck me as a film to be figured out as opposed to making you feel as though you have to leave the lights on. 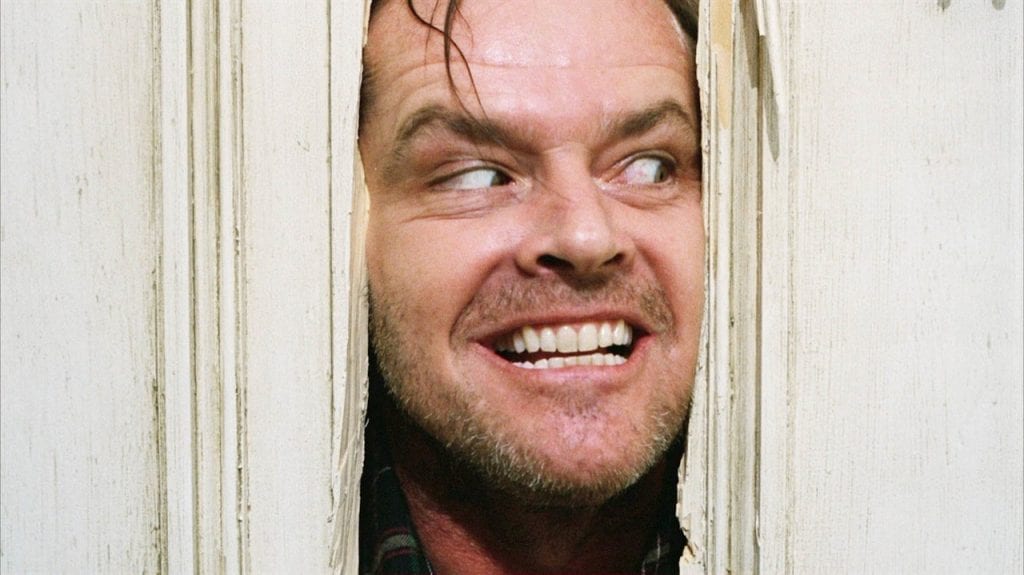 As the years have gone on and I’ve seen more horror films, I’ve come to realise that it’s a muddled and indulgent experience. At times, it conceptually works, but it misses the mark in its execution.

Based on King’s 1977 novel, The Shining is about an aspiring writer, Jack Torrance (Jack Nicholson), who takes over the caretaking duties at the isolated Overlook Hotel, along with his wife Wendy (Shelley Duvall) and son Danny (Danny Lloyd). The hotel has a bloody history, with the last caretaker having brutally murdered his twin daughters and wife. At the same time, Danny, who manifests psychic powers (known as the shining) senses an evil aura and presence that surrounds the hotel (particularly in Room 237).

One of King’s central criticisms towards the film comes from the portrayal of Jack Torrance. In an interview with Deadline, he says “He’s crazy as a shit house rat. All he does is get crazier.” King’s contention comes from the lack of tragedy in Torrance’s fall (succumbing to alcoholism and demons).

In theory, having Jack being on edge from the start is not a bad idea. It’s like seeing fireworks being lit, and the tension comes from when they’re going to go off and cause carnage. The problem comes from Kubrick’s approach to Jack being rather one-note.

In many ways, Torrance is a stand-in for Kubrick himself. The character’s frustration, stemming from being interrupted and a lack of ideas, mirrors the director’s frantic attempts to find a project after the commercial failure of Barry Lyndon. Even the casting of Nicholson (who was meant to play the title character in Kubrick’s cancelled Napoleon film) feels meaningful.

Aside from this aspect, Kubrick provides little shading to Torrance. While we get some suggestion of general annoyance to his family and responsibilities, Kubrick never gives us any idea of how this impacts his writing. Is this job a chance for him to write his first novel? Has he had success before and feels he has to live up to it? Kubrick never commits to a definitive answer and the frustrations end up feeling one-note and without purpose. The same could be said with Torrance’s affinity with the Overlook. He eventually comes to feel mesmerised by it, but we never get a good sense as to why because Kubrick and co-screenwriter Diane Johnson don’t provide the essential building blocks for Jack. In fact, it mostly feels as though any sense of internal life is missing from the character.

Compare this to Robert Wise’s 1963 film The Haunting (based on the novel by Shirley Jackson). We get an excellent sense of the main character, Eleanor Lance, who throughout her entire adult life cared for her ailing mother. And the one time she did not answer, her mother passed away. But the film still provides a potent ambiguity that harmonises with her character. Did Hill House play on her weaknesses and kill her? Or did Eleanor feel an affinity with the house because it was a place where she could let go of her guilt and anger? That film illustrates how you can be effective with ambiguity if you build it upon a foundation of meaningful character work.

Kubrick also stumbles with the supernatural aspect of the story. Initially, this element could be metaphorical, be it Danny’s ability that could represent his way of engaging with the world or Jack manifesting a dreamscape based on wanting to feel like he’s valued and the appearance of the ghostly caretaker (Mr. Grady) coming from the story he heard in his interview. But there comes a point where Jack is locked in a walk-in freezer and can’t get out. Eventually, Mr. Grady visits him and releases him from the confined space. The heel turn seeks to muddy the waters of a film that was already stumbling with its meaning.

Again, compare this to Dario Argento’s Suspiria (1977). It may have been weak in its storytelling, but it had a feverish dream logic that made its supernatural antagonists feel eerily pervasive. By comparison, The Shining feels like it cannot commit to being a metaphorical chamber piece or artful slasher film, so it attempts to be both. 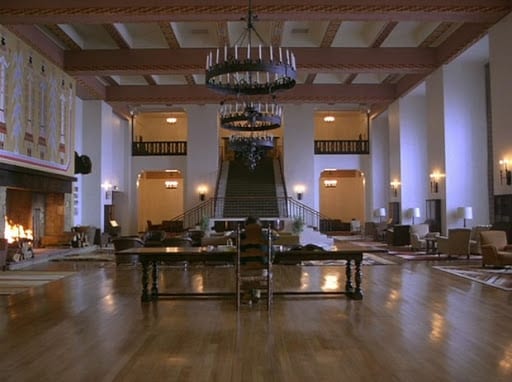 The film does impress with some lavish and dwarfing set design, complemented by some of Kubrick’s shots that often frame the family as getting lost within the fabric of the hotel. But many of Kubrick’s cinematic choices (including many of Danny’s Steadicam tricycle trips around the hotel) feel repetitive at best or laughingly bad (such as smash cuts to signal the passage of time). In fact, it often feels like Kubrick has shot footage that belongs in an Italian Neorealist film and is fumbling to make them scary. Wendy Carlos’s unnervingly primal score, with its haunting choral passages, picks up the slack in some regard.

Overall, The Shining feels like the work of a man who’s using the genre to express his frustration of finding an idea. This is a straitjacket that the film never breaks free from. Instead, in its captive state, it hedges its bets with the supernatural aspect, remains vague with the portrait of its main character, and is repetitive in its filmmaking. The result is an endeavour that does not feel very interesting, let alone scary.